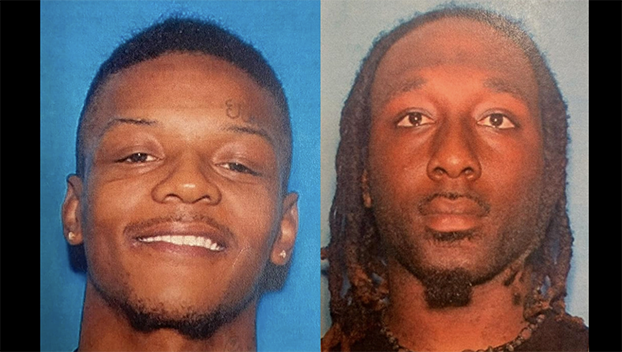 BPD PHOTOS From left, Travis Antonio Brinson and Lawrence Terrell “Dino” Buie are wanted by the Brookhaven Police Department. Both are considered armed and dangerous.

Two suspects considered armed and dangerous are behind bars as a result of tips from the public.

Thursday, the Brookhaven Police Department announced it was looking for two men.

BPD was also attempting to locate Lawrence Terrell “Dino” Buie. Buie was wanted on charges of attempted murder and possession of a weapon by a felon.

Anyone with information on either suspect or their whereabouts was asked to call BPD at 601-833-2424 or Lincoln County Crime Stoppers at 601-823-0150. Members of the community did just that.

“The Brookhaven Police Department would like to say thank you to the friends, family, and community for your assistances. The two subjects that was posted earlier today are now both in custody with no bond. It takes everyone to come together to keep the city safe and catching these criminals. If you see something say something. Again the Brookhaven Police Department says Thank You.”