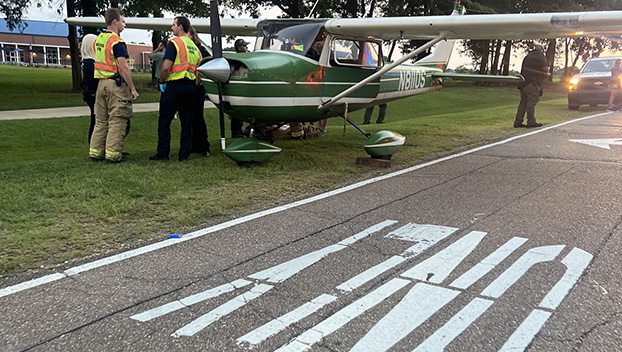 A small airplane was forced to make a landing on a Mississippi street after reporting engine trouble.

Madison Police report that at approximately 7:34 p.m. Thursdau witnesses reported to the police department that a small aircraft had landed on Madison Avenue and was located near the intersection of Rice Road in the City of Madison.

Police officers as well as the Madison Fire Department responded to the scene and upon arrival found that a Cessna 150F aircraft had in fact safely landed on the roadway.

The pilot of the aircraft reported engine trouble which resulted in the impromptu landing.

There was no damage to property and no injuries reported.

The FAA was notified of the incident. The aircraft briefly blocked traffic before it was moved to the side of the roadway.

Arrangements are being made to relocate the aircraft upon approval and consultation with the FAA.