Some Mississippi residents can get up to $3,500 for safe rooms 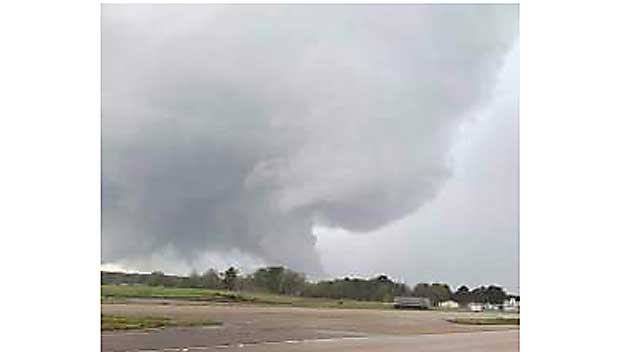 Residents in eight Mississippi counties can get up to $3,500 to build safe rooms as part of a pilot program.

A safe room, also known as a storm shelter, must be built to withstand 250 mph-winds and, if in a flood plain, must be built above ground, state officials said.

“Every time we have a severe weather event, we get asked about these structures. It’s no secret that Mississippi has set records before for tornadic activity, flooding, hurricanes. We wanted to use the mitigation funding we have put toward these shelters,” said Malary White, chief communications officer for the Mississippi Emergency Management Agency.

About $2.5 million has been set aside for reimbursements of up to 75%, or $3,500, toward the cost of construction, the agency said in a news release.

“This is something people in Lowndes County really need to participate in,” said Lowndes County Emergency Management Director Cindy Lawrence. “We have no shelters in Lowndes County. We can use the ones at the schools, but if school is in session we don’t have any, nothing.”

MEMA said it anticipates more than 600 safe rooms to be built in the eligible counties as part of the MEMA’s Individual Safe Room Program.

Lawrence said participants have to build the shelters on the front end, and then can apply to the state agency for reimbursement, The Commercial Dispatch reported.

Eligible applicants who live in Lowndes, Clay, Humphreys, Issaquena, Monroe, Sharkey, Warren and Yazoo counties can apply at my.msema.org through Oct. 31. MEMA will contact the applicant to confirm receipt of the application. Mobile home owners must own the home and the land to be eligible. Renters are not eligible for the program.

Funds may not be used for safe rooms that have already been built.

In February 2019, areas in the affected counties suffered damage due to flooding, mudslides, straight line winds and tornadoes, including a tornado that cut through Columbus.

This is the first time MEMA has offered such a program since 2010.

“This is something I wish they would do every year,” Lawrence said.

“Opening the program statewide will take time because funding is tied to specific disasters and certain counties impacted by those events,” he said.