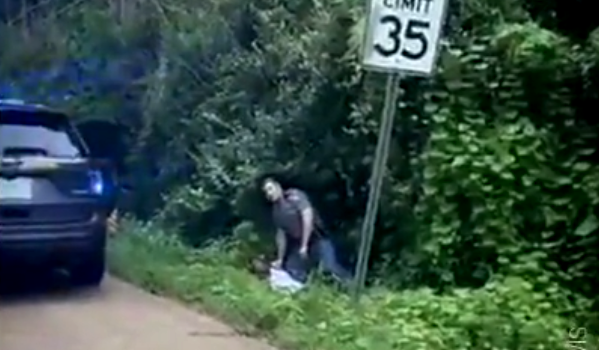 A Mississippi mayor said he is alarmed and disturbed about a video circulating on social media that shows a Mississippi Highway Patrol Officer making an arrest of a handcuffed Black man.

“I know that many of you like myself, have viewed the video of the Mississippi Highway Patrol Officer and Mr. Eugene Lewis. I am alarmed as well as disturbed over it,” Lockley posted.

In the video, the trooper grabs Lewis by his neck and sends him to the ground, eventually landing off the side of the road. At one point, the trooper pins Lewis down to the ground with his knee while witnesses film at a distance.

Click here for a link to video. Warning video contains violence and language that may be unsuitable for some.

The circumstances behind the arrest are not clear.

Lockley said in the news release on Facebook that he has referred the video and his concerns to a state representative.

“Last night, after viewing it several times, I contacted Representative Daryl Porter and asked him to intervene on behalf of the City of McComb since it involved a Highway Patrol Officer,” Lockley wrote. “I was informed this morning that an internal investigation was going to be conducted.”

Officials with the Mississippi Highway Patrol confirmed to local media that they are investigating the incident.

“I ask that you allow the investigation to be completed but at the same time let your voice be heard,” Lockley said in the post.