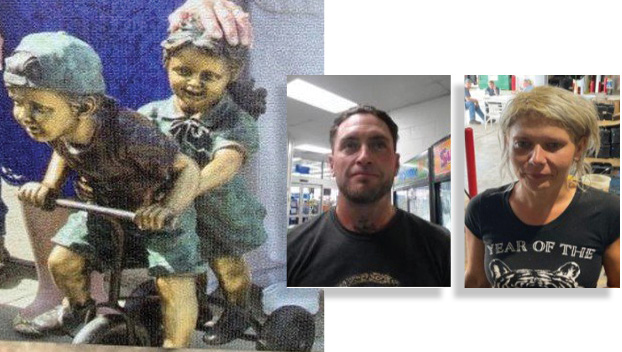 Police are searching for two suspects who stole a beloved statue from the front of a Mississippi toy store.

The statue of two children on a tricycle stolen from the Miner’s Doll and Toy Store in Ocean Springs was a 90th birthday gift to the original owners of the store and had become a favorite of locals.

The statue, which was stolen from the downtown store last week, was recovered from two recycling shops. The statue was cut up into pieces.

The Malin’s are reportedly driving a white, unmarked box truck.

If you have information on this crime or can give the whereabouts of the Malin’s, contact Crime Stoppers by downloading the app, P3 Tips, or by calling 1-877-787-5898.