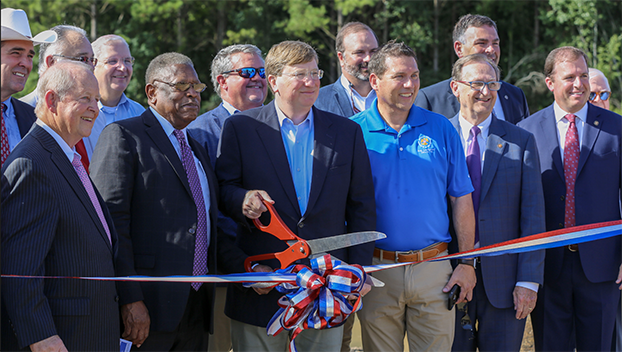 “This 7.5 mile stretch of improvements from Florence to Richland consists of five years of committed work, $253 million and a lot of collaboration between the public and private sector, and I am so grateful,” said Simmons. “Today is a great day for this community, the citizens and the 51,000 vehicles that travel this corridor every day.”

The project called for the widening of 7.5 miles of U.S. 49 from Florence to Richland, including three travel lanes and a shoulder in each direction. Work included removing the old concrete roadway and unsuitable underlying material, installing a stable base, tying in all side roads, enhancing bridges, roadway and drainage throughout the area, signal improvements, and updated signing, paving and striping. Other work included new drainage, substructure, two new bridges and one widened bridge.

Crews experienced a variety of challenges, including the heavy rains between 2018 and 2020 leaving grounds more saturated than anticipated, utility relocation, Right of Way and driveway coordination with local businesses along U.S. Highway 49. However, crews were able to perform the major reconstruction project without any complete shutdowns of U.S. 49. Plans required two lanes of traffic to be open in each direction during the day.

“We recognize that if we’re going to see long-term economic growth and prosperity, then we must invest in our infrastructure,” said Reeves. “The partnership between the Mississippi Legislature over the last five years and the executive branch has led to significant capital investments in core infrastructure. Infrastructure is exactly what government is supposed to do. It is a core function of government. It’s going to make a difference long term and it’s something I think we can all be proud of.”

Work began in November 2017. The $253 million project was awarded to W.G. Yates & Son Construction Company of Jackson. Expanding to three travel lanes and a shoulder in each direction greatly opened one of the most heavily traveled sections of highway in the state. U.S. 49 sees an average of 51,000 vehicles per day in Richland and 34,000 vehicles per day in Florence.