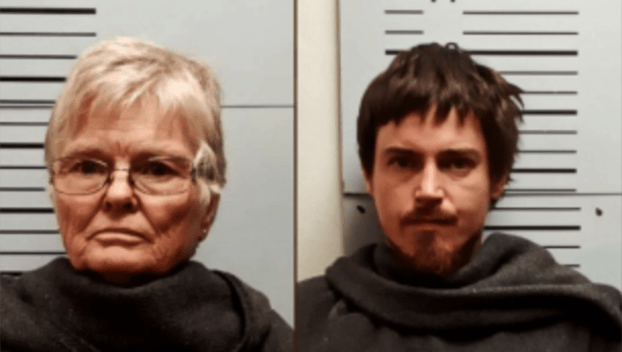 An early morning raid on Tuesday at a home in the 100 block of Clear Creek Drive in the Bovina community resulted in the seizure of methamphetamine lab components and fentanyl and the arrest of three people, Warren County Sheriff Martin Pace said.

Richard Courtier faces charges of manufacturing and possession of fentanyl. Glenda Courtier faces a charge of hindering prosecution. Both are being held without bond in the Warren County Jail pending an initial appearance in Justice Court Wednesday. Richard Courtier also has an outstanding felony warrant from Louisiana.

Pace said deputies arrested another woman in the home on misdemeanor warrants from the Vicksburg Police Department and she was turned over to police.

Pace said multiple sheriff’s deputies, accompanied by a Mississippi Bureau of Narcotics agent, served a search warrant on the home at about 7 a.m. Tuesday.

“This is the subject of a lot of conversation throughout the country,” Pace said. “Fentanyl is responsible for numerous overdoses, including many right here in our community.”

The sheriff said Deputy Chief Trey Martin with the Vicksburg Fire Department provided an ambulance to be on standby “less than a minute away” from where the raid was conducted.

“We anticipated the fentanyl being there,” he said. “Contact with fentanyl, whether on the skin or inhalation, can be almost immediately fatal. We knew we were going into a hot environment and wanted the medics to be as close as possible, so the Vicksburg Fire Department provided the ambulance with the medics.

“We briefed them on what we were doing and were on standby and stood by for the duration of our search,” he added. “It was just a good cooperative effort between the sheriff’s department, the Vicksburg Fire Department and MBN.”

Pace said fentanyl “is the most dangerous drug we have,” because incidental contact can be fatal.

“We were all wearing masks and gloves when we entered the home and made the arrest and conducted the search, but even with that precaution, we wanted medics on standby,” he said, adding all his deputies carry Narcan, which can reverse the effects of fentanyl.