Average mortgage debt rose 14% over the past 5 years 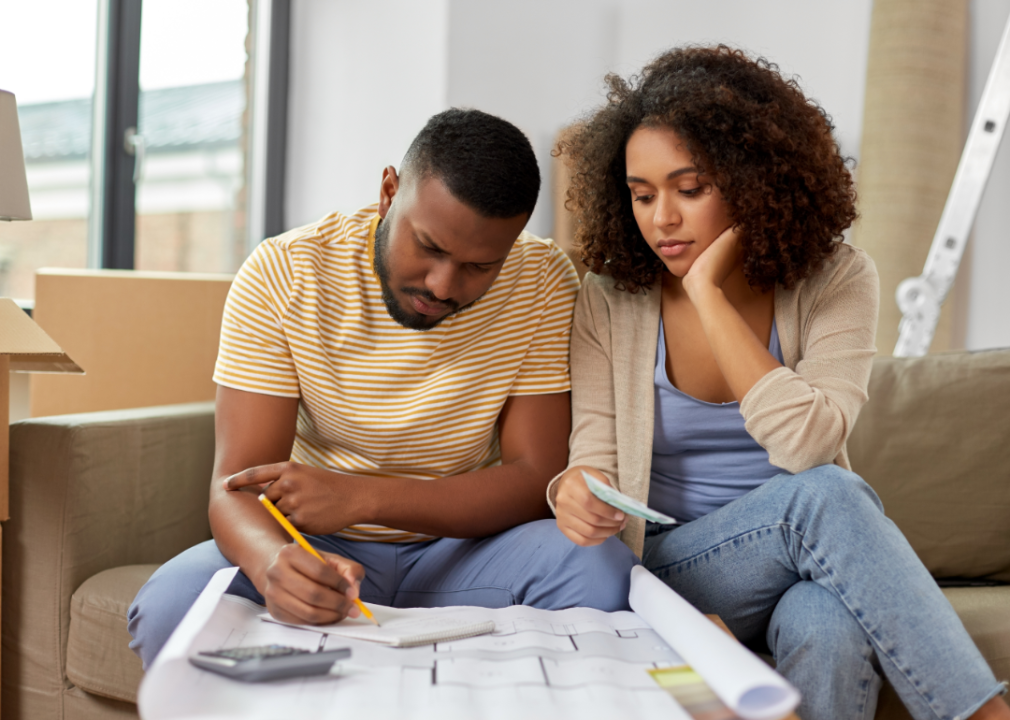 Average mortgage debt rose 14% over the past 5 years

The average homeowner’s mortgage debt in states including Washington, Texas, and Tennessee has grown the most, increasing by more than 20%. This period of skyrocketing prices happened against the backdrop of unprecedented social and financial upheaval: the start of the COVID-19 pandemic, historically low interest rates in 2020, and the subsequent housing market frenzy, among them. The country also saw more city dwellers moving to suburban areas in search of more space and lower prices. By early 2021, 82% of urban areas had fewer people moving in than out, according to Bloomberg.

Keeping housing expenses at or below 30% of income is a widely accepted measure used among researchers and economists for measuring the affordability—or financial burden—of housing in the U.S. However, rising housing prices in some states have forced Americans to get comfortable paying beyond the suggested 30% threshold in some of the more expensive metro areas across the U.S.

Experian looked at how mortgage debt varies by state and how it’s grown over time. This analysis includes mortgage holders who owned just one property, as well as those who had invested in one or more properties that they do not live in themselves. The data is representative of total mortgage debt per person, and includes only residential property owners.

The states reporting the highest and lowest average mortgage debts track relatively closely to housing affordability in the U.S. Home prices grew by more than 42% overall from 2017-2021, according to the S&P Case-Shiller U.S. National Home Price Index. No U.S. state saw average mortgage debts dip over the last five years analyzed by Experian. 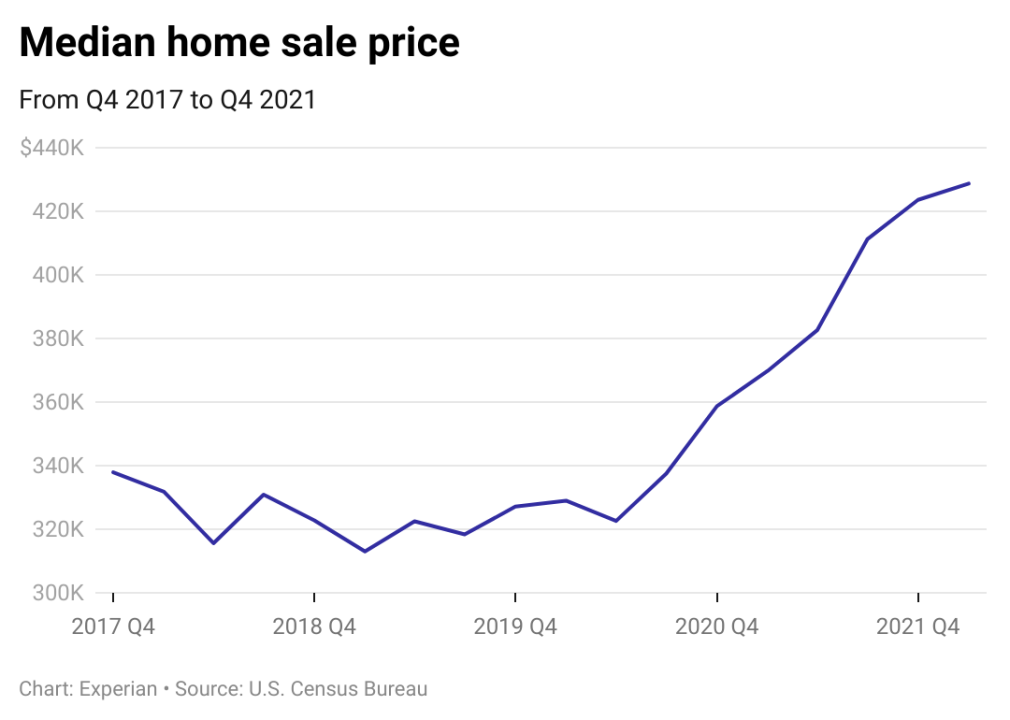 The sale price of the typical American home took off in summer 2020 after many U.S. states began easing lockdown restrictions put in place to stem the spread of COVID-19. The housing industry was particularly hot in states with less dense populations that saw a surge of remote workers who were no longer required to live close to their offices.

The rate at which home prices grew tapered a bit at the start of 2022. Now, as the Federal Reserve hikes interest rates, the market is experiencing a slowdown. Home prices are expected to keep growing, but much more slowly than during the period between 2020 to 2022. 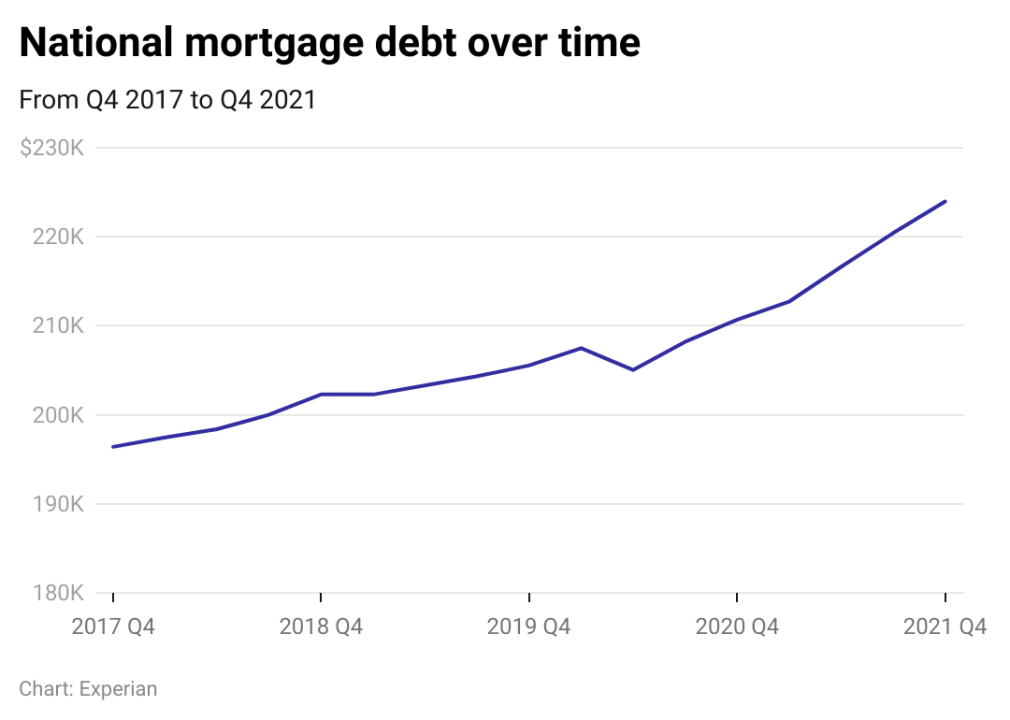 Mortgage debt has been steadily increasing since 2017, with the exception of early 2020, when mortgage debt fell slightly on average. In March 2020, Congress passed the CARES Act which allowed some homeowners to pause or reduce their mortgage payments after the start of the pandemic. 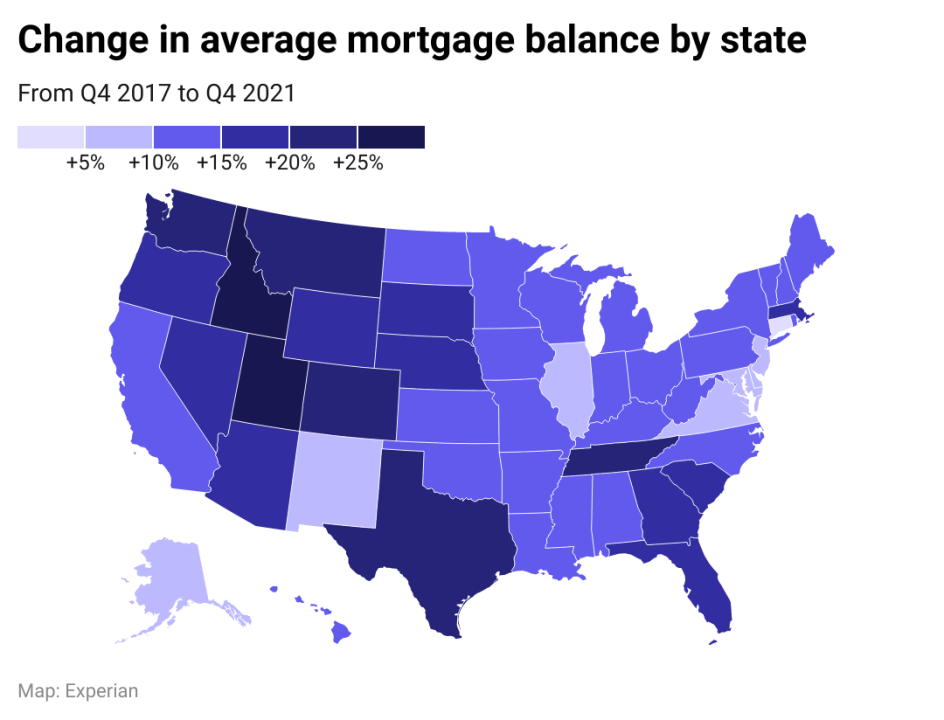 Mortgage balances have increased across the country

Mortgage debt has grown the fastest over the last five years in Idaho, Utah, Tennessee, Colorado, and Texas. Property owners in the Northeast and Illinois have seen the slowest rate of increase.

While mortgage debt was high on average in Hawaii, it’s grown much slower than in other parts of the U.S. The Aloha State has seen nearly 12% growth in mortgage debt since 2017. Some states historically regarded as highly affordable, like Texas, are seeing considerable increases in mortgage debt. 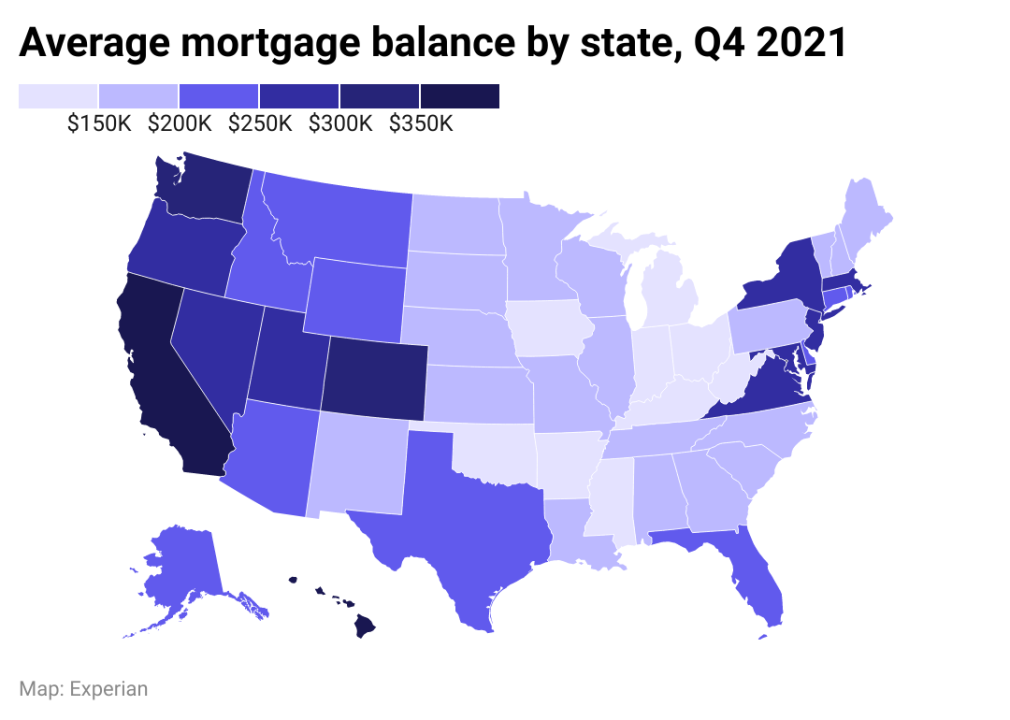 States in the West, Pacific Northwest, and Northeast hold the largest amount of mortgage debt on average, according to Experian mortgage data from the end of 2021.

California and Washington led the continental U.S. in states with the highest average mortgage debt, while West Virginia and Mississippi had the lowest. Hawaii’s average of more than $371,000 makes it the second-highest state for mortgage debt overall.