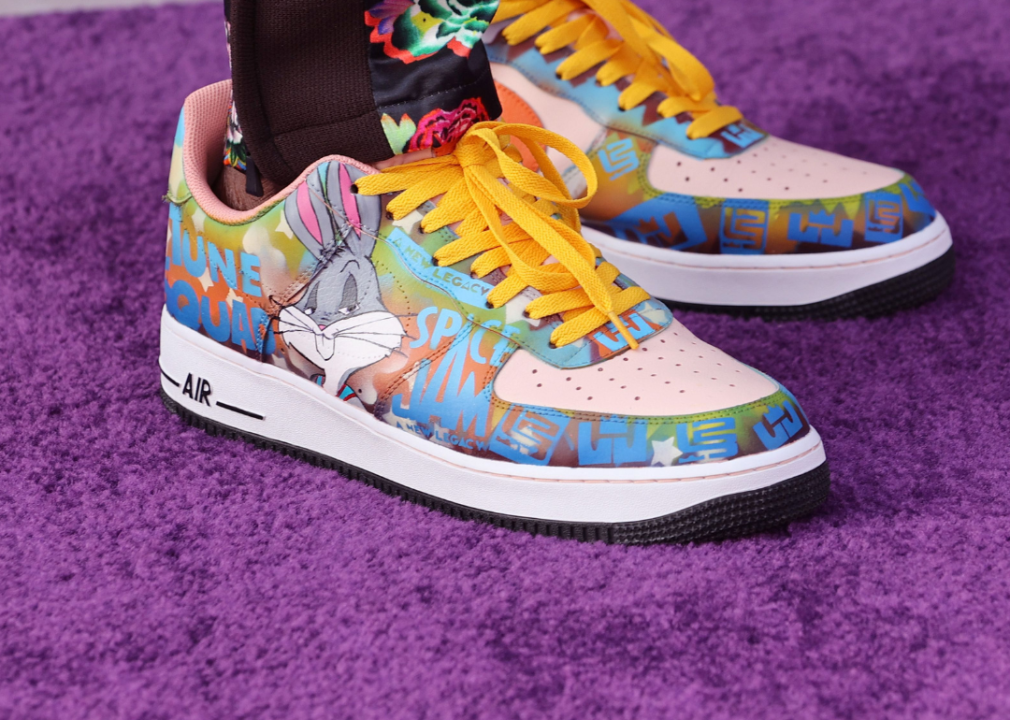 Over the past century or so, product placement has become a mainstay of movies and television. Just look at Nike’s partnership with 2021’s “Space Jam: A New Legacy.” According to a brand tracking agency, the brand received more than $94 million in advertising value generated from the movie, the most of any movie in 2021.

While some brands maintain incredibly strict standards for how their products can be used in media, there’s no denying the digital age presents more opportunities for strong product placement than in previous eras. Streaming, for instance, has made product placement more attractive, since it’s a type of ad that can’t be muted or skipped without users paying a premium to go ad-free. But as this form of advertising continues to evolve, it’s worth looking at precedents that led product placement to this point.

Giving Assistant compiled seven standout examples of product placement throughout media history, utilizing a variety of sources. It should be noted that not all products featured within the media are listed here. It can often be difficult to discern whether product placement was a stylistic choice for the creators, or whether it was a paid promotion. Therefore, paid product placement isn’t a requirement for inclusion on this list.

These examples were chosen to show a wide variety of media, as well as iconic product placements. The order has been determined based on the media’s initial release date.

From movies to video games and everything in between, here are seven notable product placement milestones. 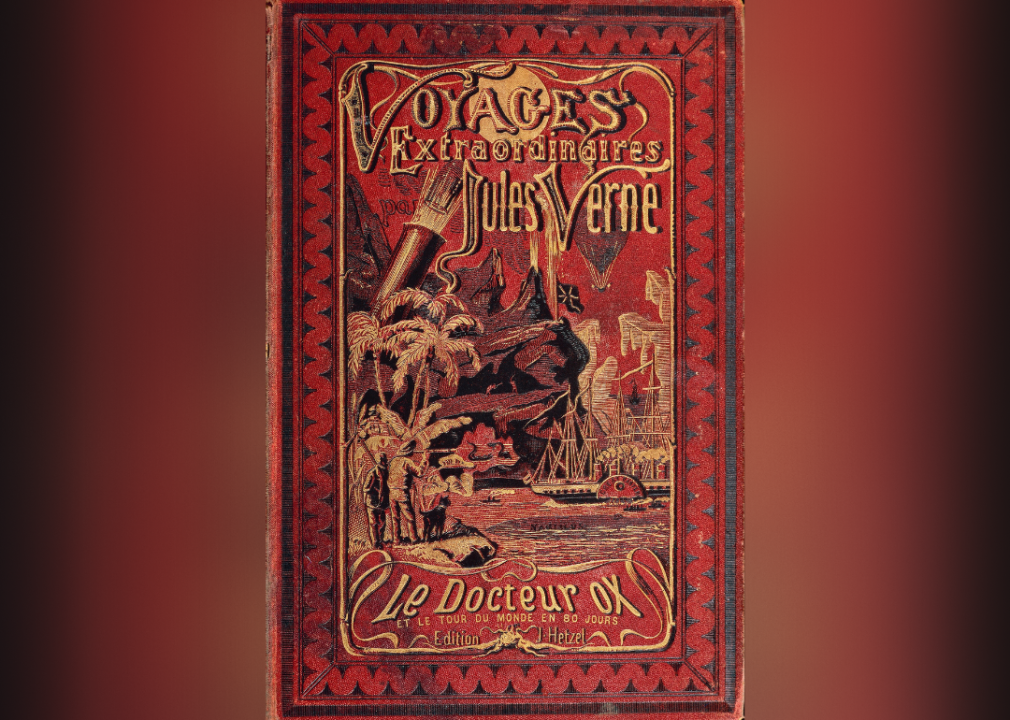 Product placement in pop culture dates all the way back to the 1870s. In 1872, author Jules Verne published his now-iconic novel “Around the World in 80 Days.” It became a smashing success and was subsequently republished in newspapers and magazines in serial form. Once this began happening, companies lobbied to have their names added to the story. This placement was mainly pursued by shipping companies. 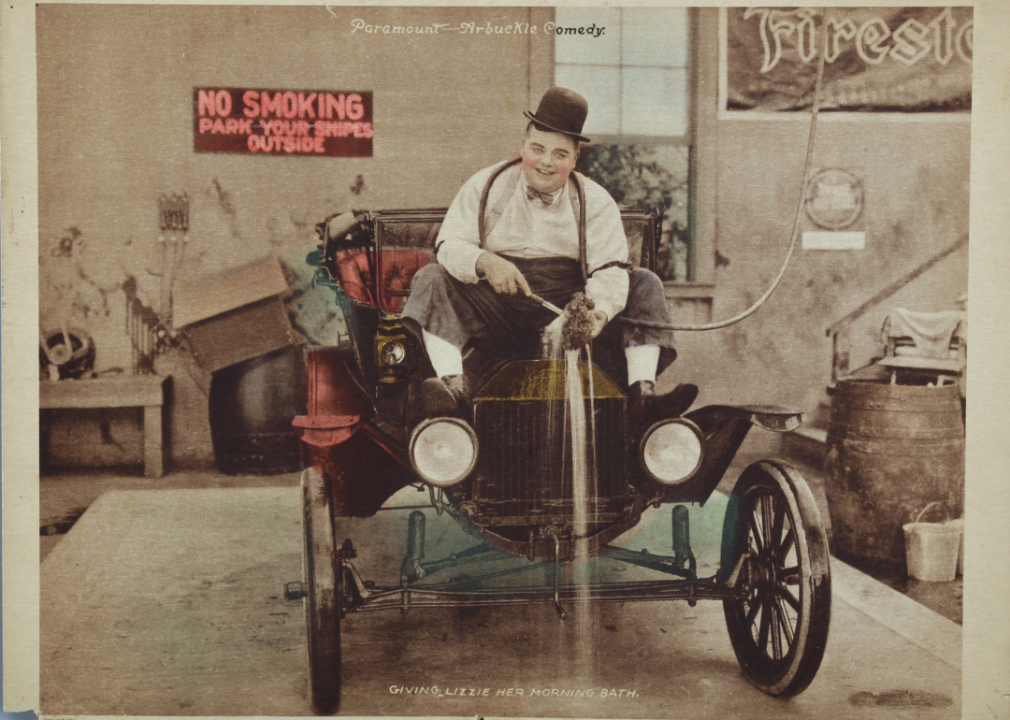 In the movie, the actors play mechanics and volunteer firemen who are faced with a series of disasters over the course of a single day, from destroying a client’s car to finding their own building on fire. The titular garage features ads for the real-life gasoline company Red Crown Gasoline. Look closely, and you can find ads for Red Crown Gasoline on the walls and equipment of the characters’ auto shop. 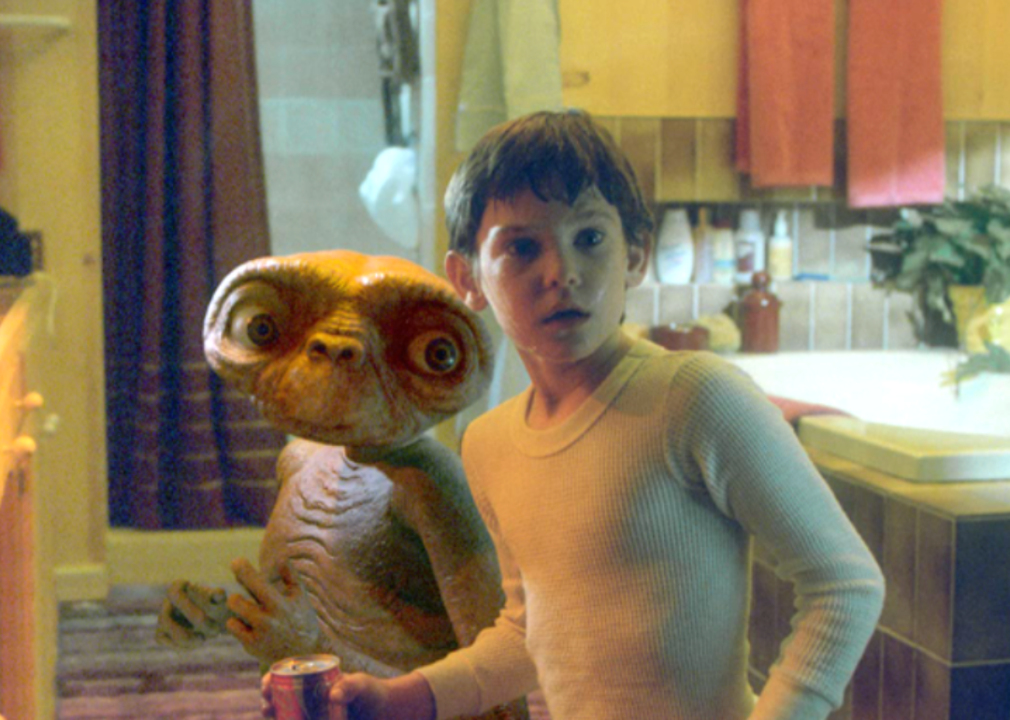 U.S. product placement reached new heights when Universal teamed up with Hershey’s to promote Steven Spielberg’s 1982 film “E.T. the Extra-Terrestrial.” In one of the film’s most iconic scenes, young Elliot (Henry Thomas) coaxes the titular alien back to his house with a trail of one of the company’s products: Reese’s Pieces.

Although Spielberg initially hoped to feature M&M’s in the film, Universal turned to Hershey’s after Mars—the brand behind M&M’s—declined. Hershey’s eventually paid a million dollars for an “E.T.” tie-in marketing campaign, from posters to commercials. Before this early ’80s ad partnership, Reese’s Pieces faced declining sales. However, sales of the candy reportedly skyrocketed following the film’s release. 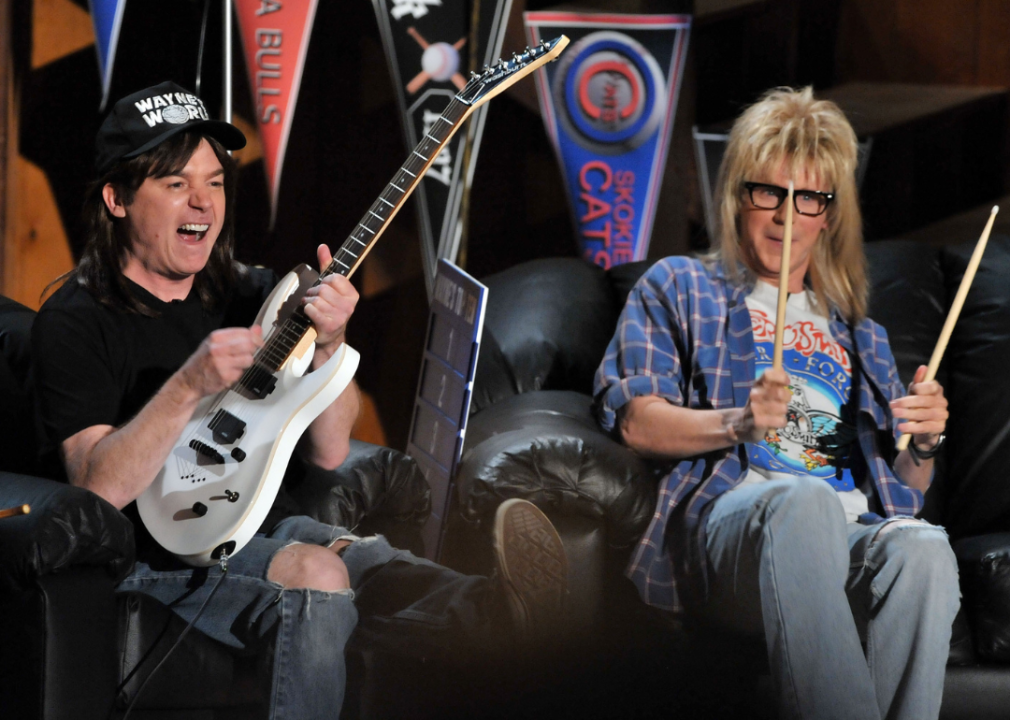 “Wayne’s World” transformed from a recurring “Saturday Night Live” sketch to an iconic touchstone of ’90s comedy. It’s also memorable as the first major film to mock product placement while simultaneously showing it off.

In the film, Wayne (Mike Myers) and his pal Garth (Dana Carvey) fight to regain control of their public access TV show after it’s been bought by unscrupulous businessman Benjamin Kane (Rob Lowe). Benjamin makes a series of changes to their show, including the introduction of sponsors. In one memorable scene, Wayne says, “It’s like people only do stuff to get paid,” all while showing off a Pizza Hut box, a bag of Doritos, and a can of Pepsi. While product placement is still a major component of financing films, “Wayne’s World” didn’t let this practice off the hook easily. 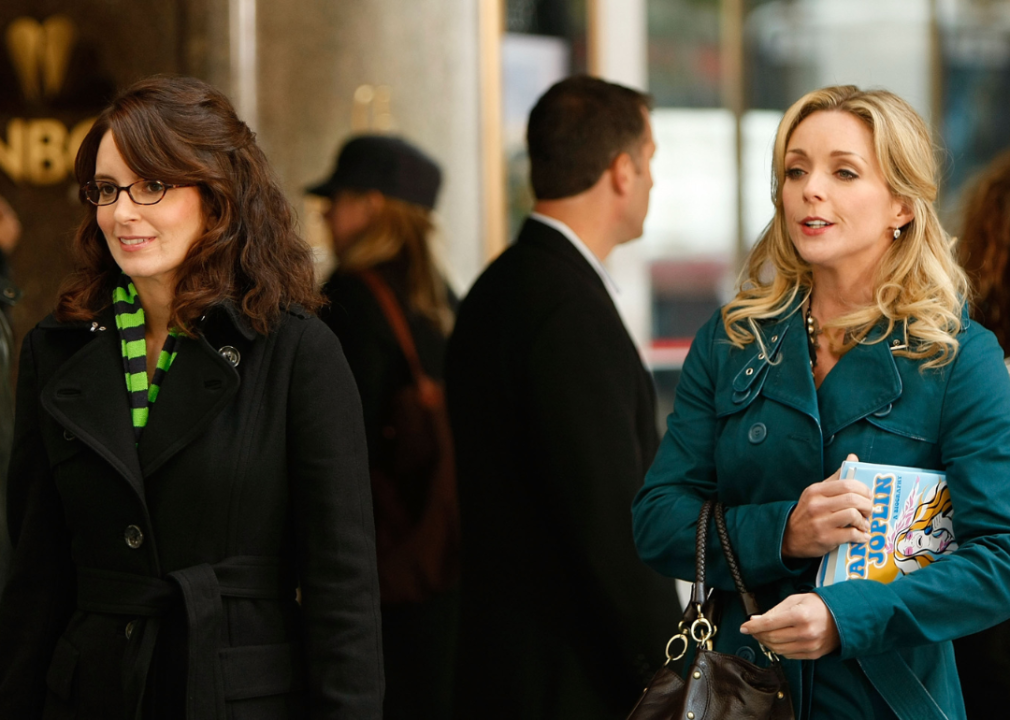 Tina Fey’s hit NBC sitcom “30 Rock” took the art of simultaneously featuring and mocking product placement to a new level over the course of seven seasons. In one 2007 episode, writers on the show’s fictional comedy series lamented the practice of featuring products in the series, before seamlessly praising the scene’s sponsor, Snapple.

In a 2008 episode, Liz Lemon asks “Can we have our money now?” after spending an entire scene expressing her love of Verizon products. Other notable sponsors included Kraft and Dr. Pepper. This long-running, on-the-nose method of product placement arguably changed the game when it came to advertising on television. 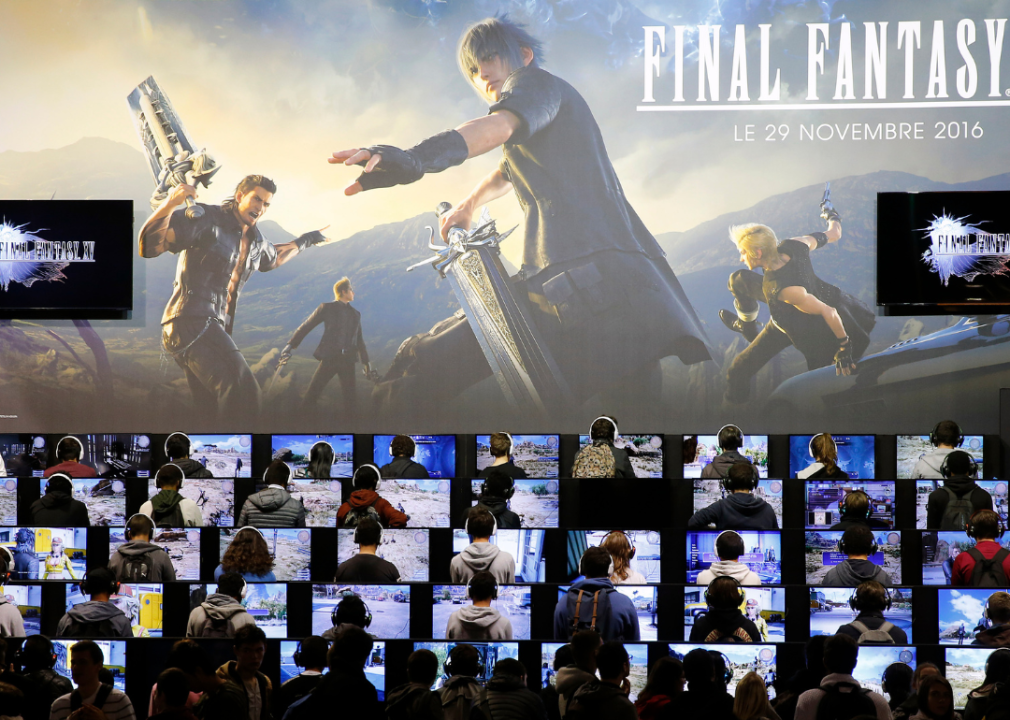 Square Enix’s “Final Fantasy XV” went above and beyond when it comes to video game product placement, incorporating sponsor Nissin’s Cup Noodles into multiple facets of the game. There are multiple dialogue scenarios mentioning Cup Noodles, entire missions related to Cup Noodles, and even Noodles-themed clothing items available for characters. Players can even eat the Cup Noodles within the game to power up.

While Nissin Cup Noodles brand themselves as “the original instant ramen” in the U.S., they’re even more popular in Japan, where “Final Fantasy XV” was created. There’s even an entire Japanese museum dedicated to the brand. 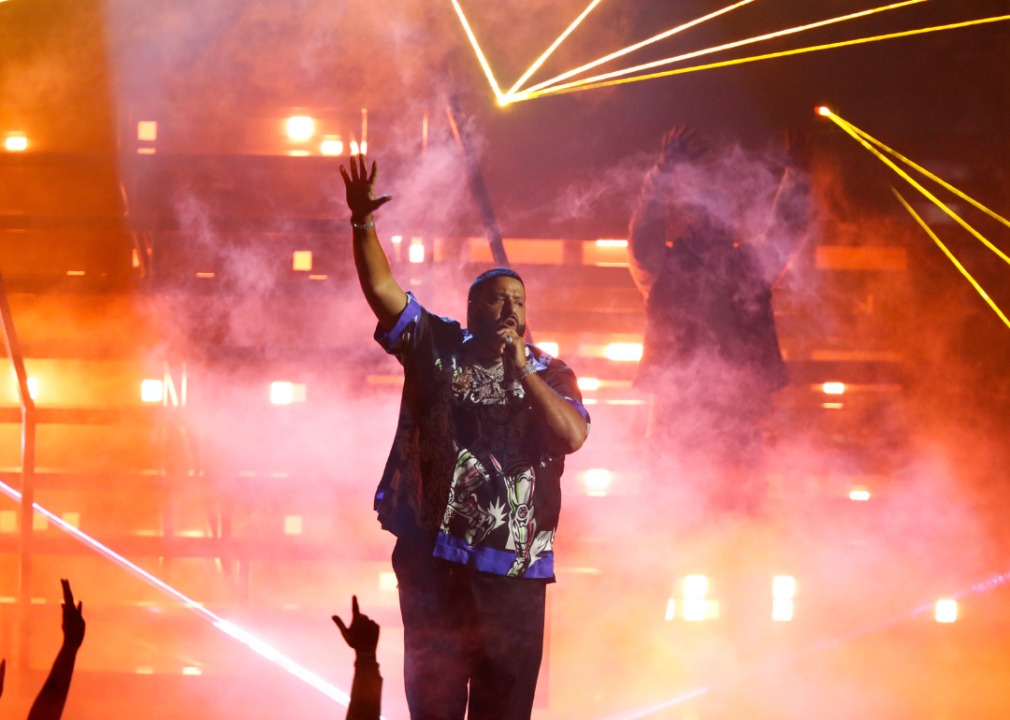 When it comes to product placements in music videos, the 2019 video for D.J. Khaled’s “No Brainer” is no doubt one of the most infamous recent examples. The video doesn’t just feature fellow famous musicians Justin Bieber, Quavo, and Chance the Rapper; it also prominently features a whopping six brands throughout its 2-minute and 26-second runtime.

These brands run the gamut from vape manufacturer KandyPens to alcoholic beverage Bumbu rum to women’s online retailer Fashion Nova. While the number of product placements in “No Brainer” is significant, this isn’t a first for Khaled—he also includes product placements aplenty in other videos, like 2021’s “I Did It” and “Let It Go.”