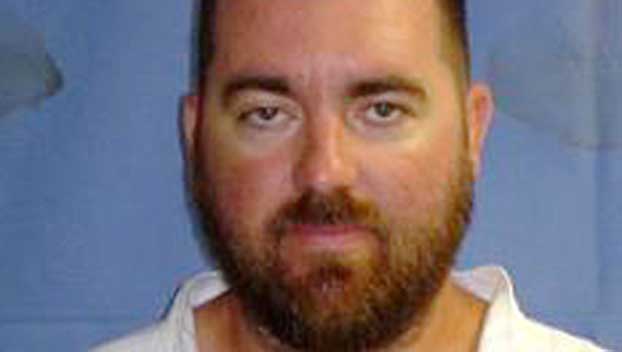 The manhunt for a convicted Arkansas child rapist who escaped custody now centers on Mississippi.

Police say Samuel Hartman, 38, was working with an inmate maintenance crew when he escaped.

Police said the escape occurred with help from outsiders who they believe shot at Arkansas corrections officers.

Arkansas law enforcement officers reported that a farmer spotted two jet skis on a boat ramp and that police believe the jet skis were the getaway vehicles.

Police were searching Friday around the Tunica area and warning residents that Harman is considered armed and dangerous.

Hartman has been serving life in prison on rape charges involving a child since 2013.