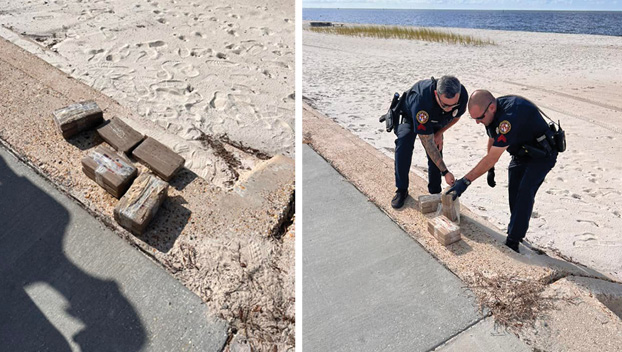 More than a million dollars worth of uncut cocaine was found by a group working to clean up trash along a Mississippi beach Saturday.

Members of the Air Force Sergeants Association (AFSA) Chapter 652 posted about the discovery on Facebook Saturday.

The group was working to clean up trash along the beach in Biloxi.

“We were walking along the beach picking up trash and noticed two items that ended up being two bricks taped together with a lot of tape. Took it out of the water and called the police,” the post said. “While we waited we walked further and found a total of 8 bricks.”

The police arrived on the scene and believe it to be cocaine. The street value is over $1 million dollars.