WWE wrestlers with the most wins of all time 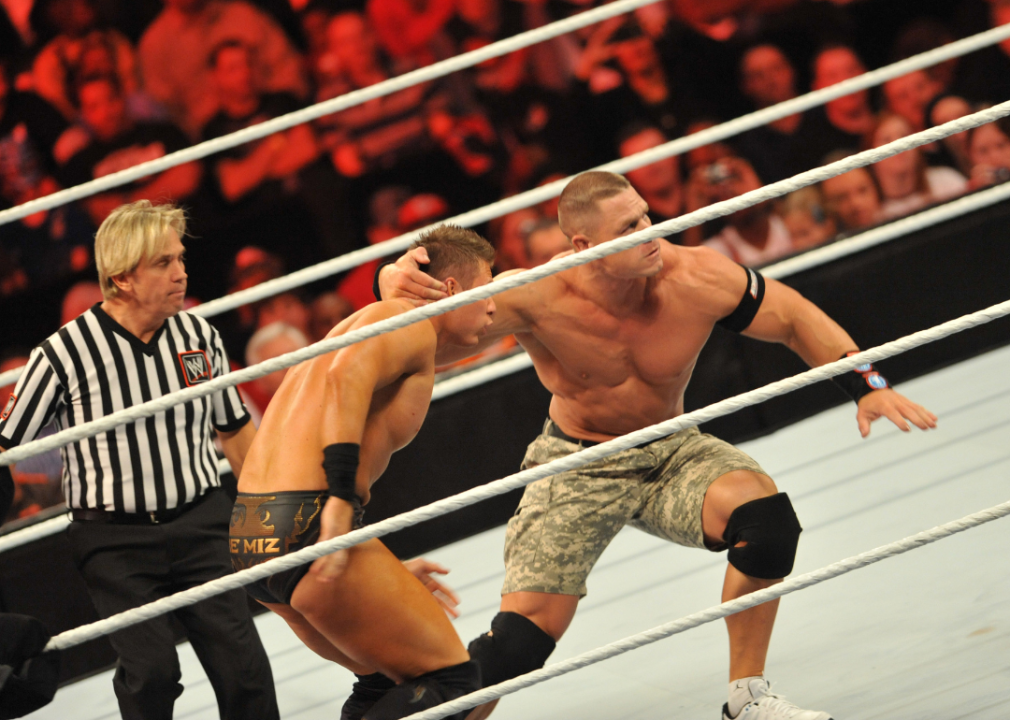 WWE wrestlers with the most wins of all time

World Wrestling Entertainment has been around since 1953. But it wasn’t until 2002 that it changed its name to the iconic WWE, after the World Wrestling Federation lost a lawsuit against the World Wildlife Fund for rights to the WWF trademark. The rebrand was actually a blessing in disguise, as it gave the pro wrestling promotion an opportunity to focus on its entertainment endeavors.

“As World Wrestling Federation Entertainment, we have entertained millions of fans around the United States and around the globe,” former WWE CEO Linda McMahon said in a 2002 press release. “Our new name puts the emphasis on the ‘E’ for entertainment, what our company does best. WWE provides us with a global identity that is distinct and unencumbered, which is critical to our U.S. and international growth plans.”

In the 20 years that have followed, WWE has become a household name, and currently can be viewed in more than 1 billion homes throughout the world, airing in 30 different languages. In addition to producing some of the world’s best professional wrestlers, stars like John Cena and Dwayne “The Rock” Johnson have also gone on to become highly successful actors, which gives the WWE an even bigger cultural net.

But hardcore WWE fans are all about the kayfabe and wrestling, and there’s been some exciting characters to watch in the nearly 70 years since the promotion launched. In 1981, Rick Martel stunned the world by winning a record-setting 219 matches in a single year. Meanwhile, Sheamus holds the post-WWE record, with 193 wins in 2012. Though impressive feats, neither wrestler made the list of most overall wins.

In the below data visualization, Stacker ranked the 12 WWE wrestlers with the most match wins of all time as of Aug. 2, 2022, using data from Cagematch. Data dates back through the WWE’s lineage to 1957, which is the earliest year for which Cagematch has win-loss data. 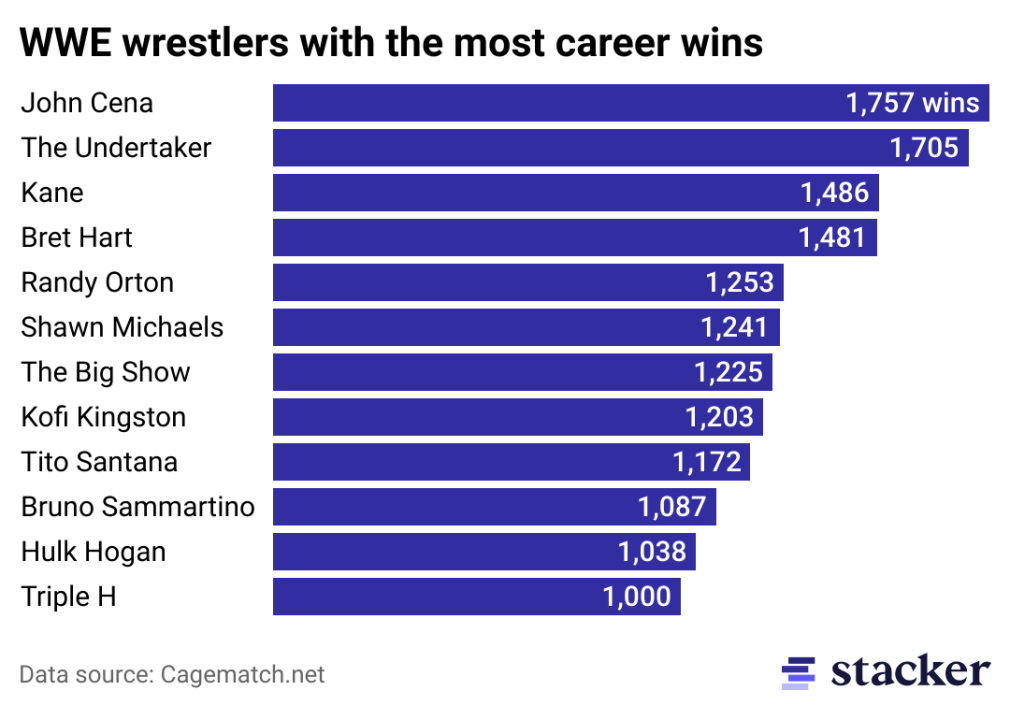 Despite being an actor (and former rapper), John Cena still managed to keep his focus on WWE and rack up the most career match wins in history.

In addition to his record-breaking number of wins, Cena also tied Ric Flair’s record for world title reigns, bringing home an astonishing 16. Triple H may be on the bottom of the list for total wins; however, he holds the second-most championships with 14. His battles against The Rock in the early 2000s are some of the most memorable, and many people think if it weren’t for Cena, Triple H would have beaten Flair’s record easily.

The Undertaker is one of WWE’s most unique characters and entertained fans for three decades before retiring on Nov. 22, 2020, in the same event he debuted at exactly 30 years prior: Survivor Series. In 2022, he was deservingly inducted into the WWE Hall of Fame, joining the likes of Triple H, Kane, Bret Hart, Shawn Michaels, Tito Santana, Bruno Sammartino, and Hulk Hogan.