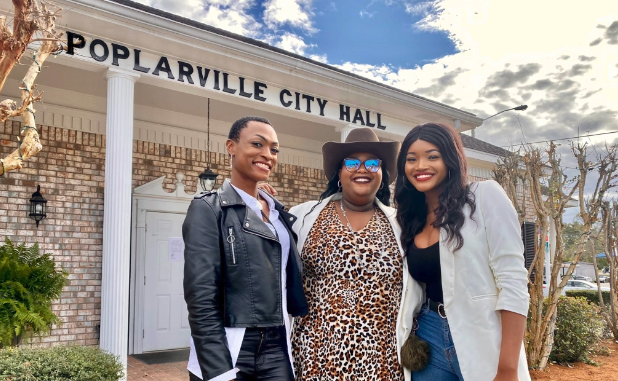 This Tuesday, Aug. 16 at 7 p.m. Central, Poplarville’s own County music group Chapel Hart will compete against 11 other performers for a chance to get to America’s Got Talent finale.

Chapel Hart is drawing close to America’s Got Talent’s $1 million prize. They became a fan favorite after receiving a rare group Golden Buzzer, performing their original song that pays homage to Dolly Parton, “You Can Have Him Jolene.”

This time they’ll need the community’s help to move on to the next round since it is based on votes from viewers.

On behalf of the group, Danica Hart said, “I’ve never been more nervous and excited for a show, we are about to take it up a notch. If you’ve seen Chapel Hart you will definitely want to be watching tonight because we are turning up the heat hotter than ever before.”

Beginning on Aug. 9, 11 of the 55 different performers have been performing live for the next five weeks. Each week, two acts will advance to the finale based on fan votes, and the rest of the acts will be eliminated from the competition. The community can help vote Chapel Hart into the final round and bring them one step closer to $1 million prize.

The public can vote in two ways, either via the America’s Got Talent official app, available in the Apple App Store or Google Play Store, or vote by visiting NBC.Com/AGTvote. All voting methods start at the beginning of the show and close the following day at 7 a.m. EST/ 4 a.m. PST.