10 of the most common workers’ compensation claims 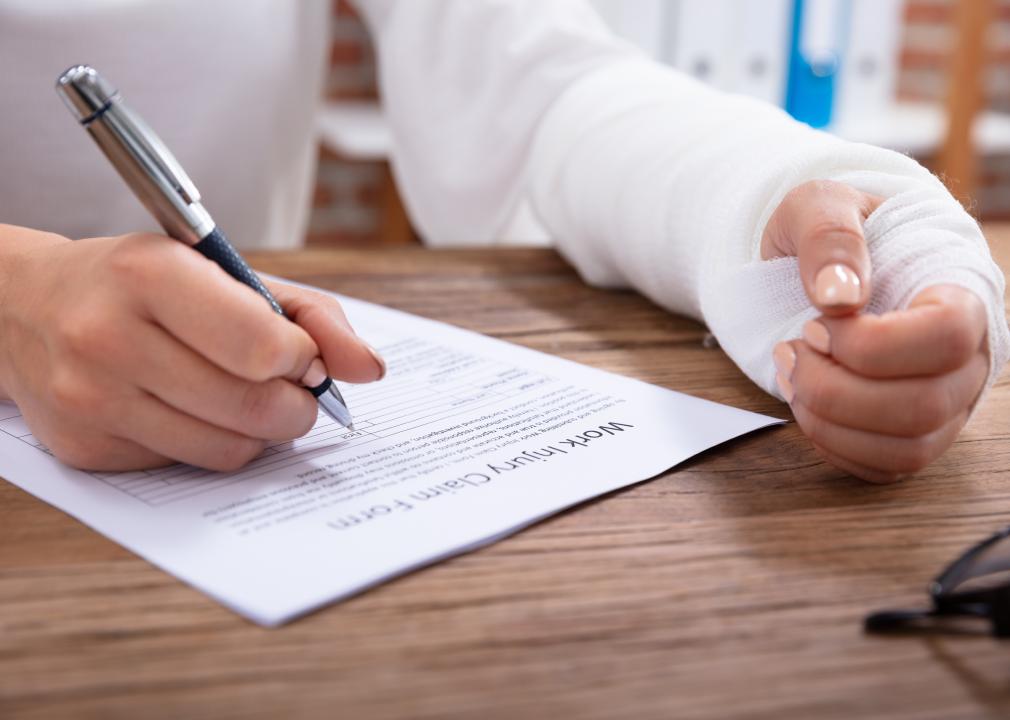 10 of the most common workers’ compensation claims

More than 100 Americans die on the job every week, according to the Occupational Safety and Health Administration, the federal agency tasked with regulating workplace safety. It may not come as a surprise that industries such as transportation and construction report the largest number of workplace fatalities. There were 1,282 reported fatalities in the transportation sector and 976 in construction in 2020, the most recent year for which data is available.

Far more common, however, are nonfatal workplace injuries, which can threaten a person’s ability to earn an income because they are unable to work. This can be especially difficult for nonexempt employees, who are paid according to the number of hours they work, not a predetermined salary, and who may not qualify for benefits. For nonfatal injuries, an employee can turn to workers’ compensation to help cover the costs of medical treatment, rehab, and lost wages.

This benefit for workers, though, is governed by individual states and can vary greatly. For example, Texas is the only state where employers are not required to provide workers’ compensation to employees.

Simply Business examined data published in the International Journal of Environmental Research and Public Health to find 10 of the most common workers’ compensation injury claims. Around 16% of the injury claims analyzed in the study resulted in the most extreme of outcomes—either disability or the death of a worker.

The data used in the study, published in 2020, is based on 151,959 work-related injury payments made between 2011 and 2018 by a large, national, third-party provider. Claims describing multiple injuries or the word “other” were not included. 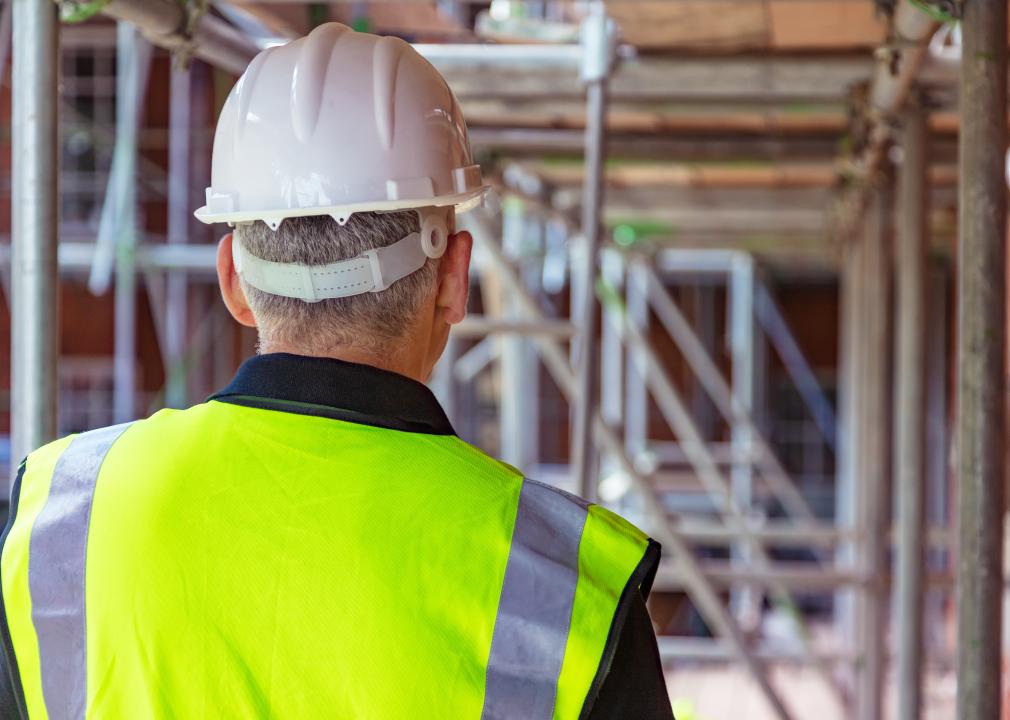 Concussions at work can happen as a result of a fall or other damage to the head. Concussions are considered one of the more severe workplace injuries due to the persistent effect head injuries can have on a person’s brain. Concussions can lead to a range of symptoms including memory loss, headaches, noise sensitivity, and insomnia. In industries considered high risk for workplace concussions, certain mitigating protocols are enforced; for example, a hard hat is required to be worn at all times within active construction zones—that goes for onsite workers and supervisors alike. 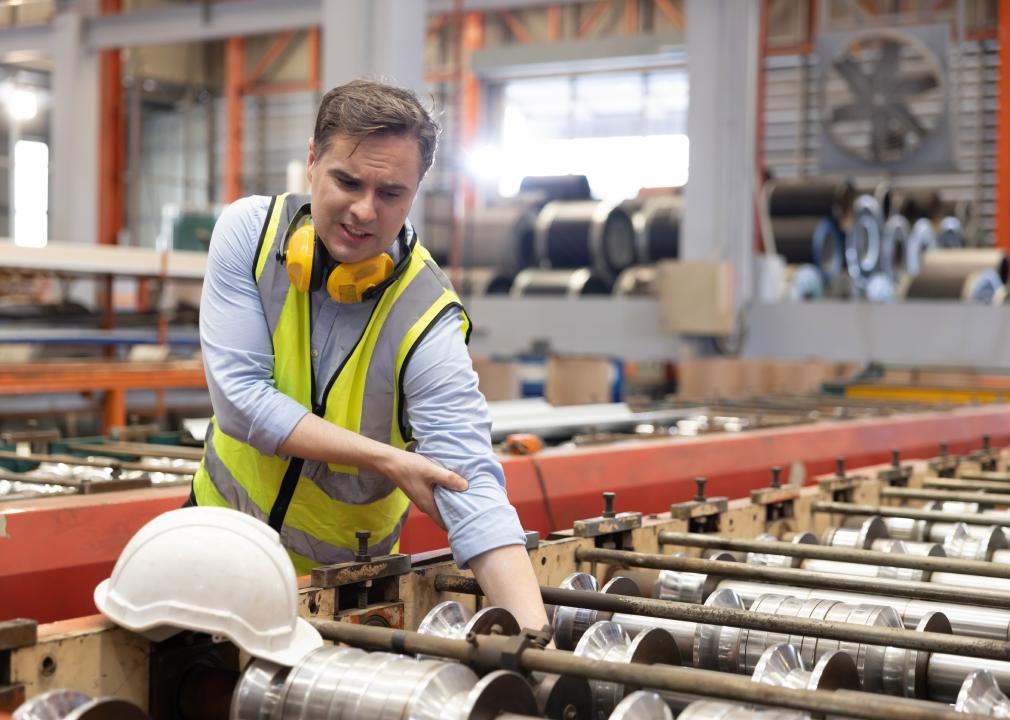 Some American workers make their income in industries where they must work carefully so as not to be crushed by heavy objects or machinery. This is common in large manufacturing operations. A 2021 Occupational Safety and Health Administration inspection found a pillow manufacturing company in Georgia had repeatedly violated safety standards. The company’s unsafe practices caused three workers to undergo amputations, including one employee who had nine fingers crushed. In the spring of 2022, a young man in Wichita, Kansas, fell from a forklift and was crushed by it, according to a local Kansas CBS affiliate citing a police report.

Proper employee training on how to handle potentially dangerous machinery is imperative for a safe workplace. OSHA has set standards for machine guarding to help companies put safety protocols into place. 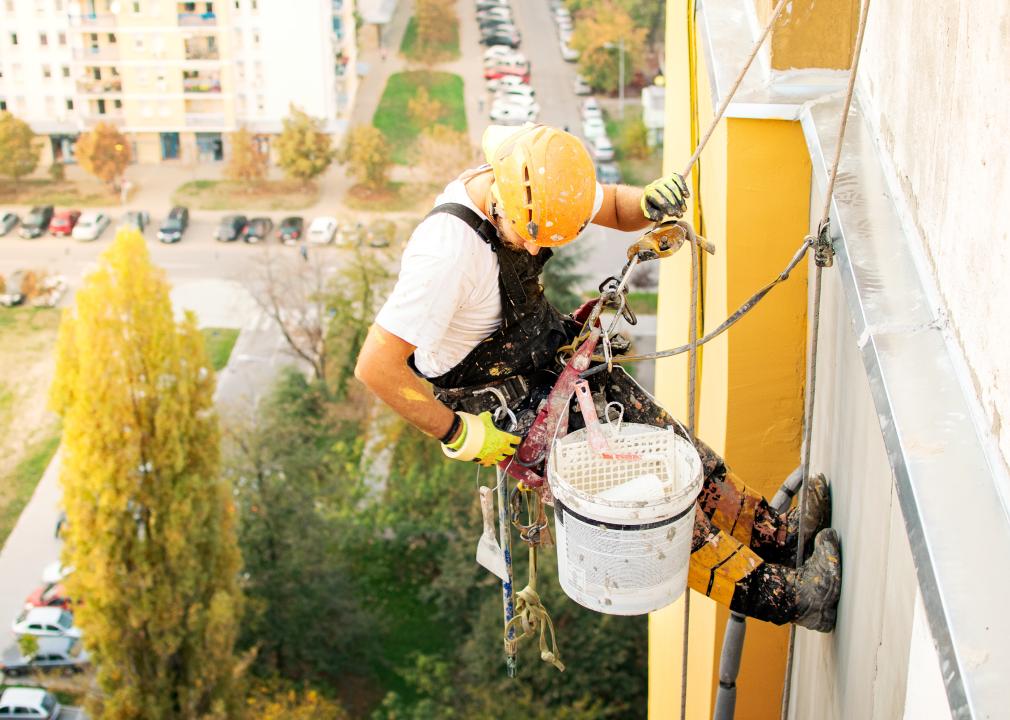 Like incidents of crushing, broken or fractured bones are often the result of improperly operating heavy machinery and other objects. Bone fractures can also result from vehicle crashes and falling objects. Construction and industrial worksites are required to maintain certain safeguards when building tall structures so as to prevent workers from falling and breaking bones. These measures are generally referred to as personal protective equipment, or PPE, and include hard hats, tethers, harnesses, and lanyards, as well as retroreflective wear so that workers are visible to one another in low light. 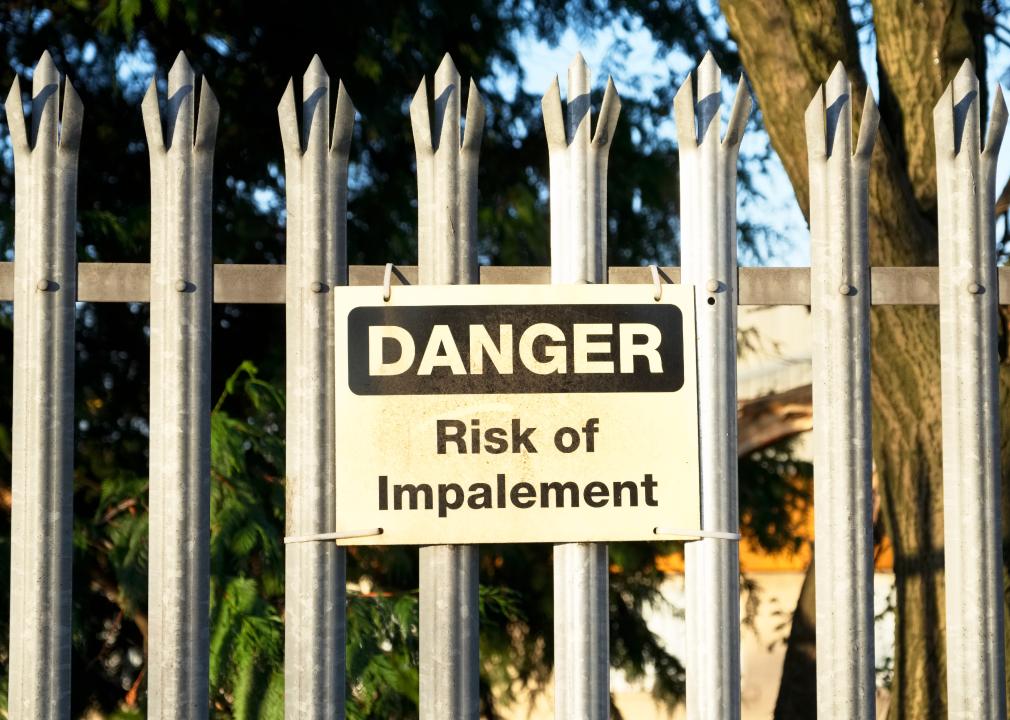 Impalement is a particularly gruesome workplace injury. Steel reinforcement bars, commonly found on construction sites, is one example of a workplace hazard that could lead to impalement. Other examples of foreign objects entering the body are nails and other sharp debris. Providing safety gloves, proper footwear, and signage to avoid trips are all ways employers can help workers avoid these injuries. 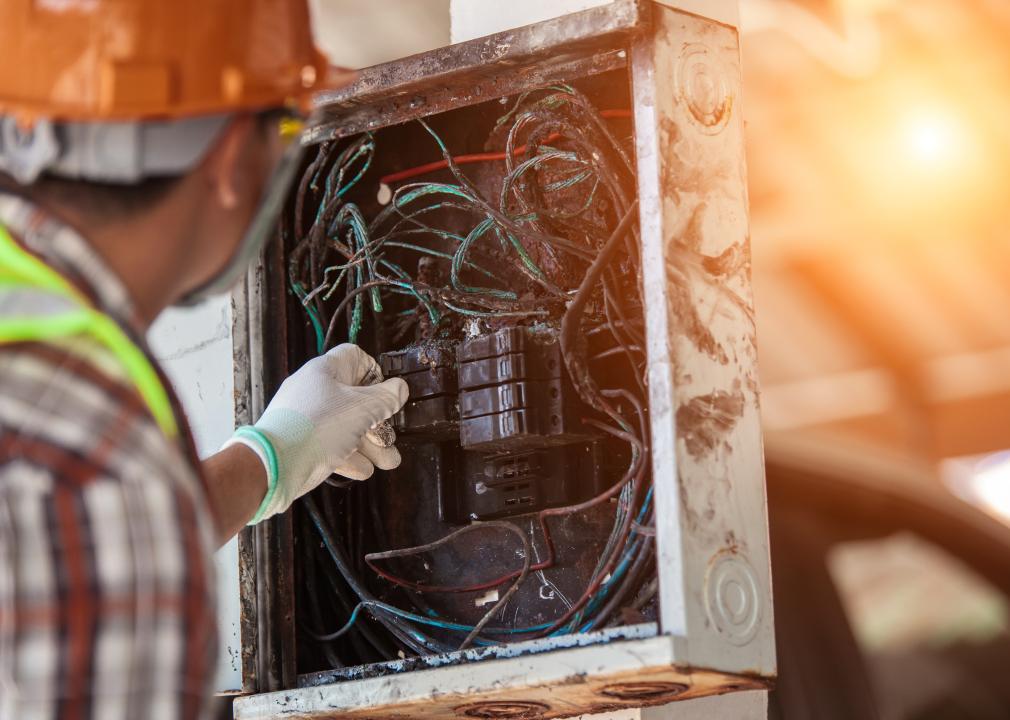 I AM NIKOM // Shutterstock

When you think of burning incidents in the workplace, you might think of employees working in a restaurant kitchen. But according to the International Journal of Environmental Research and Public Health, individuals who work with hot furnaces, chemicals, steam, and electrical sources are also at risk for burns and electrocution, which also falls into this category. These injuries can vary in severity and are commonly covered under workers’ compensation plans. In 2020, the Electrical Safety Foundation found that 126 workers died as a result of electrocution but noted that this number reflected a 24% decrease since 2019. 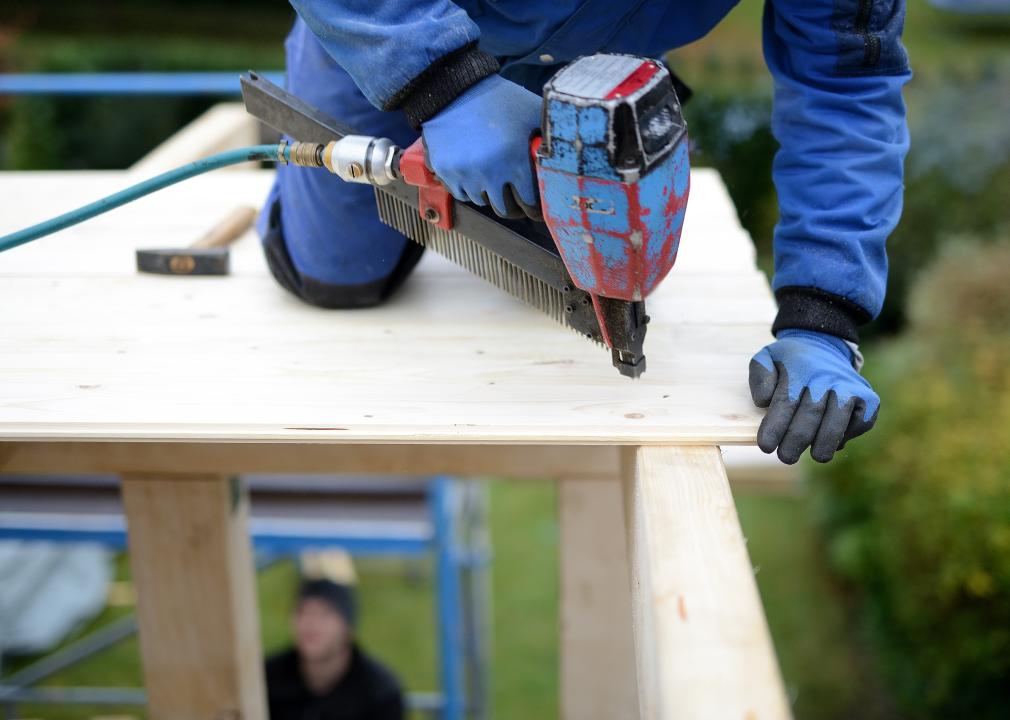 Punctures are narrow, deep injuries that typically involve a sharp object. Nail guns, scissors, medical equipment, and power tools are examples of tools that can lead to puncture wounds in the workplace. Among other measures, employers should ensure that workers are given proper training and are equipped with personal safety gear to work with specialized tools. 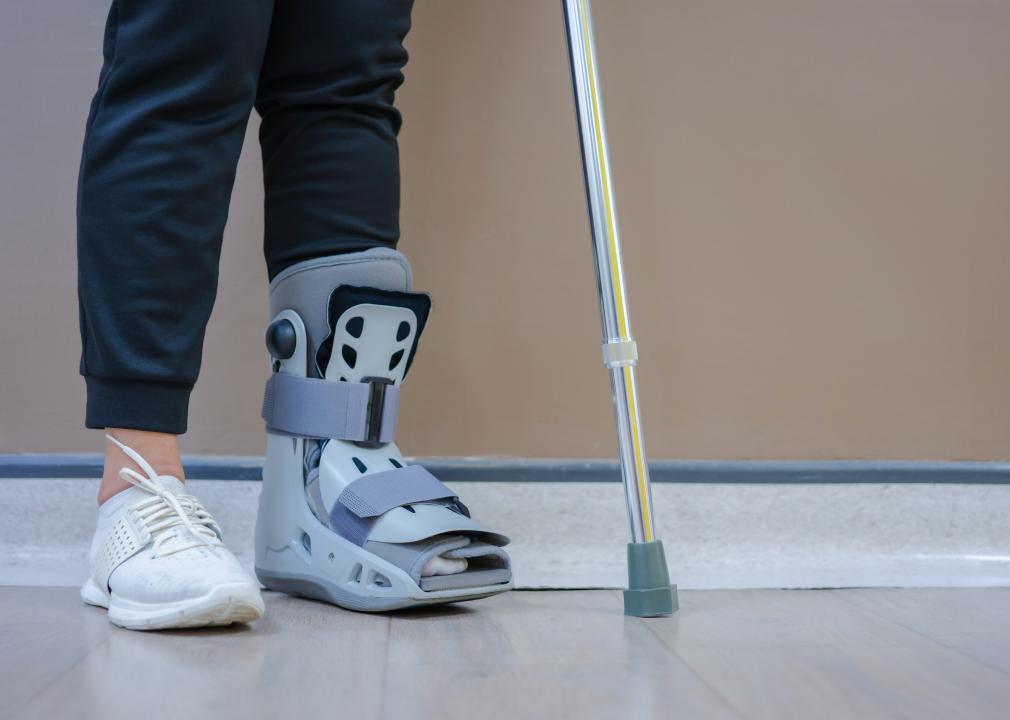 Sprains are pesky injuries that can commonly result from many types of action in the workplace including slips, pushing, pulling, or lifting heavy things. An ankle sprain, for example, can force a worker off their feet for an extended period of time and may require physical therapy to heal. If that worker’s earning ability is based on hours, they could see a significant reduction in income and increase in stress if they are unable to return to work as a result.

Musculoskeletal injuries like sprains and strains are unfortunately common among nurses.

Employers can put processes in place that help ensure workers aren’t overexerting themselves and spraining parts of their body, such as allowing or even mandating periods of stretching or rest during the workday. 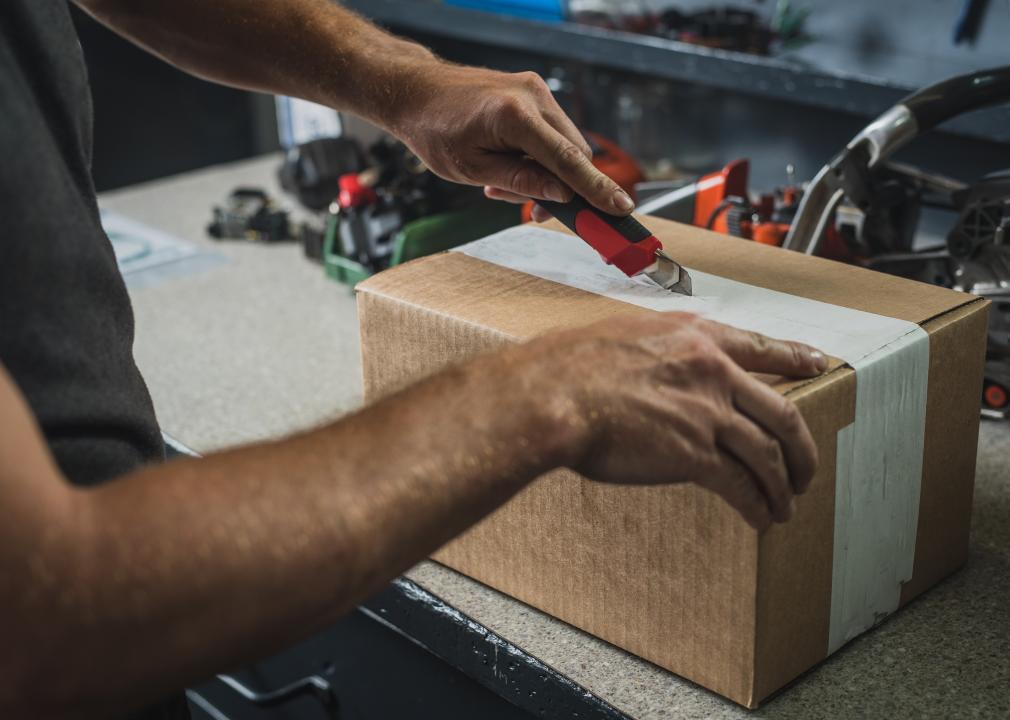 Lacerations of the skin are one of the more common injuries reported in the workplace, according to the International Journal of Environmental Research and Public Health study. The Ohio Bureau of Workers’ Compensation has found that the majority of these workplace injuries involve the hands and fingers due to their role in pretty much every form of labor, to one degree or another. Employers can help workers avoid these incidents with proper hand protection, clean work environments, and suitable training for the use of sharp objects and power tools. 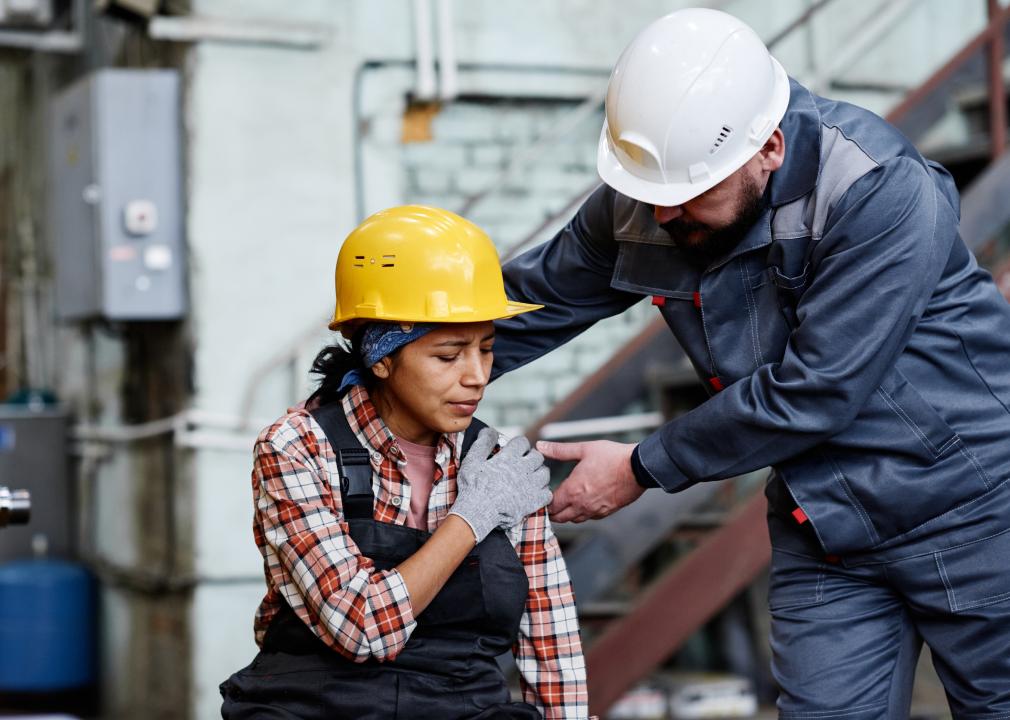 “Contusion” is simply another term for “bruise.” Bruising is an insidious form of injury, as it can result from many circumstances. Their severity can range from the very minor—a small muscle bruise—to blunt force injuries that involve the worker’s head, which can cause brain bleeding.

To mitigate the risk of serious injury, employers can provide workers with protective equipment such as hard hats, safety gloves, and steel- or composite-toe footwear to avoid bruises, or require employees to use their own protective equipment as a condition of employment. Moreover, ensuring that workspaces are cleanly marked and spaced can help workers avoid contusions from accidental contact with hard surfaces. 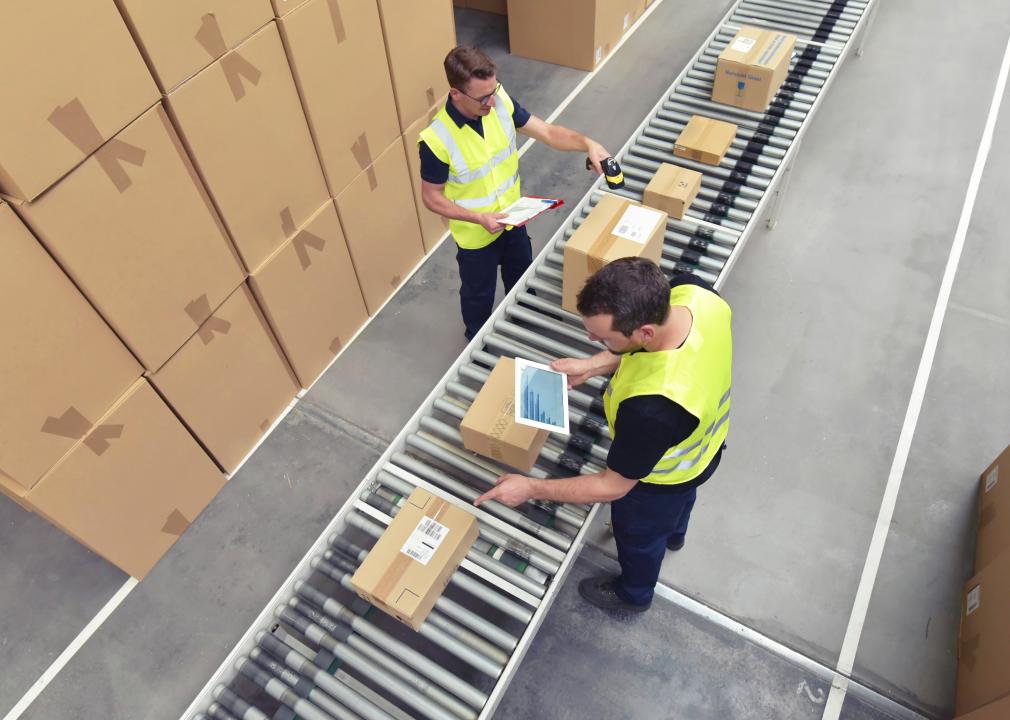 Strains make up the largest portion of workers’ compensation claims overall, and while a strain may sound like the least of the injuries on this list, they can have lasting repercussions on a worker’s ability to earn future income. Repetitive strains and strained muscles resulting in disability occurred most often compared to other workplace injury types, according to the International Journal of Environmental Research and Public Health study.

The repetitive motions frequently required of warehouse workers, restaurant kitchen staff, and other manual labor professions can cause strains of all kinds. Employers can avoid straining injury complaints by teaching proper techniques for handling heavy objects and utilizing equipment that helps take the strain off of workers. They can also teach repetitive strain injury prevention by offering workers ample break time to rest or stretch during their shift.

This story originally appeared on Simply Business and was produced and
distributed in partnership with Stacker Studio.