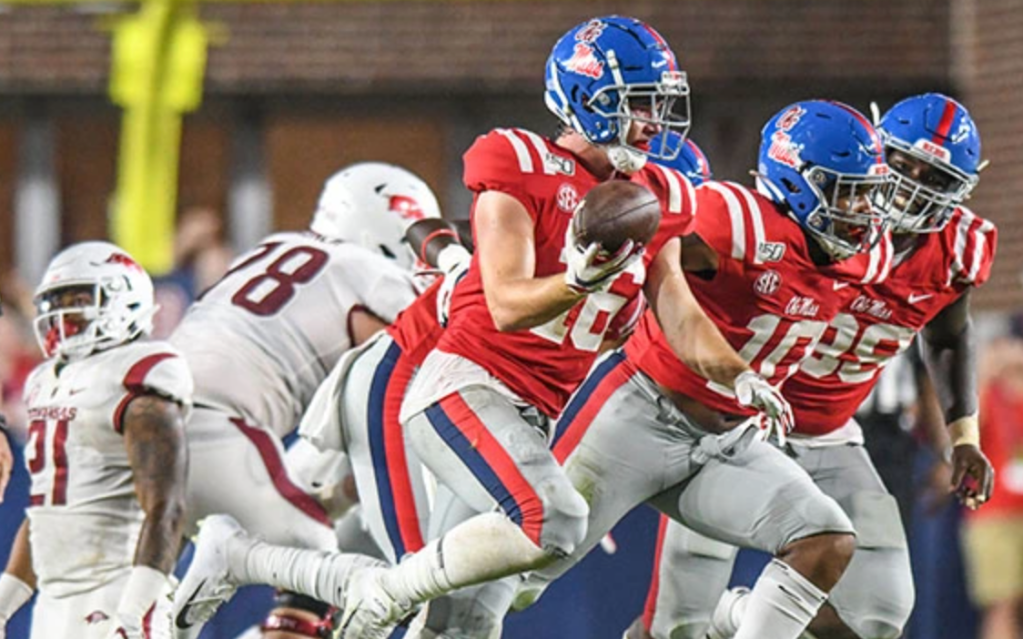 “Words cannot express the heartfelt sorrow we feel because of the passing of our teammate and friend Luke Knox,” MacIntyre said in a statement released Thursday. “I had the honor of coaching Luke at Ole Miss and FIU. While I admired his passion for football, his genuine love for his family and teammates is what I will always remember. He had a special way of making everyone around him feel comfortable and confident. Luke’s family is special to me, and they will continually be in my heart and prayers during this difficult time.”

No cause of death has been announced, but the Associated Press reported that foul play is not suspected.

Knox, who played four seasons with the Rebels before transferring to FIU this offseason, recorded 10 tackles and two passes broken up as a redshirt freshman in 2019 before transitioning to tight end following the 2020 season.

His older brother, Dawson, also played for Ole Miss from 2016-2018 and has since established himself as a go-to target for the Buffalo Bills.

“There are heavy hearts throughout our football team after the passing of Luke Knox. I am very grateful for my personal relationship and time spent with Luke. He was a tremendous teammate and an even better person who lifted up everyone around him,” Kiffin said. “The Knox family means so much to the Ole Miss family, and our players, staff and the rest of the university extend our deepest sympathies to all those that were touched by Luke’s spirit. I know he is with God now.”