Kobe Bryant: The life story you may not know 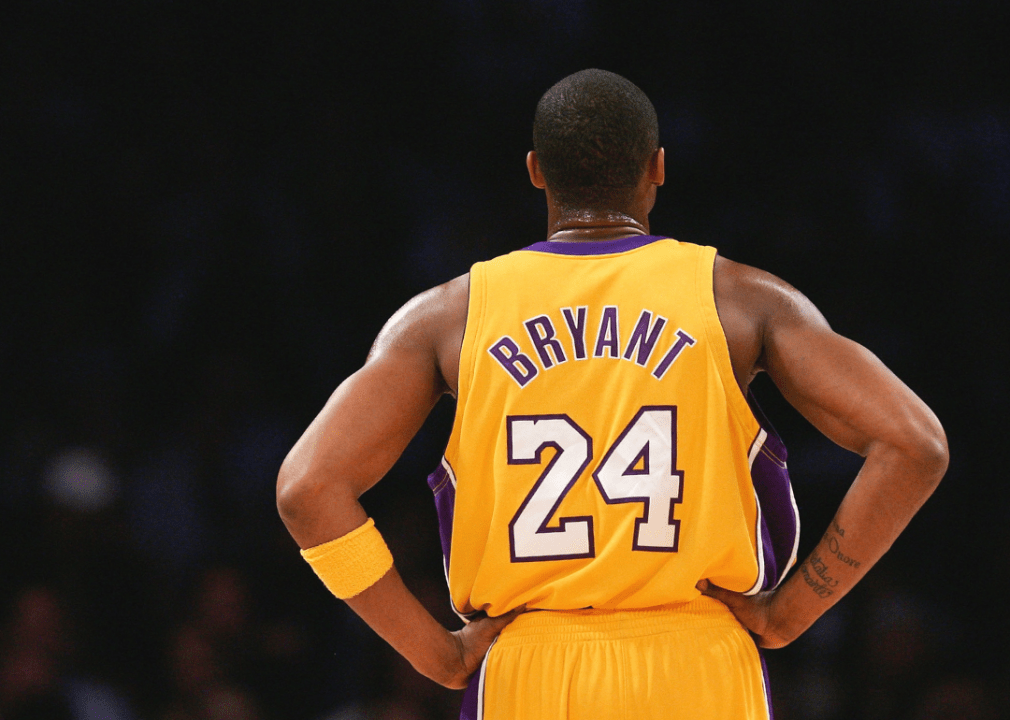 Kobe Bryant: The life story you may not know

Basketball superstar Kobe Bryant’s unbelievable talent began to captivate audiences while he was still playing high school basketball. His phenomenal athleticism, self-confidence, and laser focus on becoming one of the greatest basketball players to grace an NBA court led him straight to the big leagues as a teenager.

Bryant manifested his destiny, leading the Los Angeles Lakers to a new era of domination as their shooting guard and bringing a unique approach to the game. He was nothing short of brilliant to watch, an enigmatic figure with a legendary work ethic and unquenchable thirst and dedication for the game.

He garnered accolades most players would only dream of: MVP awards, NBA championships, Olympic medals, and a place in basketball infamy alongside Michael Jordan and Kareem Abdul-Jabbar. Bryant was incredibly visible on the court with a 6-foot-6 frame and impressive skills but, outside the game, he often felt like a curious enigma. He did a bit of everything from perusing the streets of Disneyland to trying his hand at rapping to creating animated films and fantasy books. Bryant was a family man and eventually the father of four daughters who seemed to find both restlessness and contentment during his short retirement.

It may seem there isn’t much more to know about Bryant, but there’s always a new way to look at his life and legacy. Stacker put together a list of 25 facts from Bryant’s life you may not know. Stacker compiled research via newspaper articles, a documentary, sports websites, and reputable news sites.

You may also like: Most famous celebrities from the year you were born 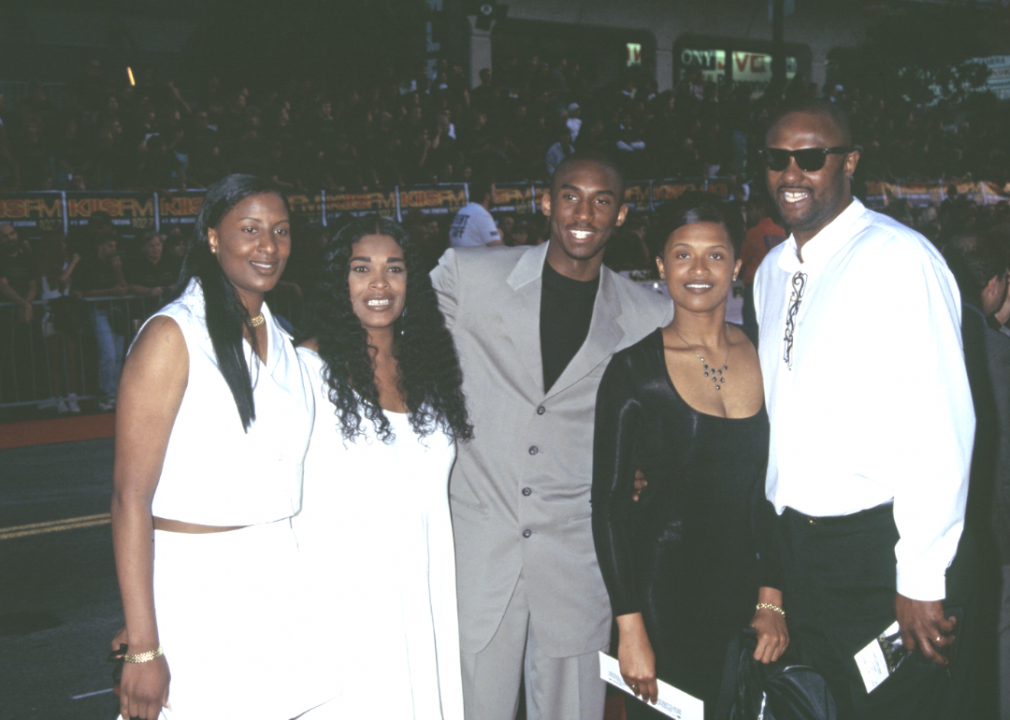 Kobe Bryant was born on Aug. 23, 1978, in Philadelphia to Joe and Pamela Bryant. He was the youngest of three siblings and the only son born to his parents. His older siblings are Sharia and Shaya, with whom he had a close relationship. 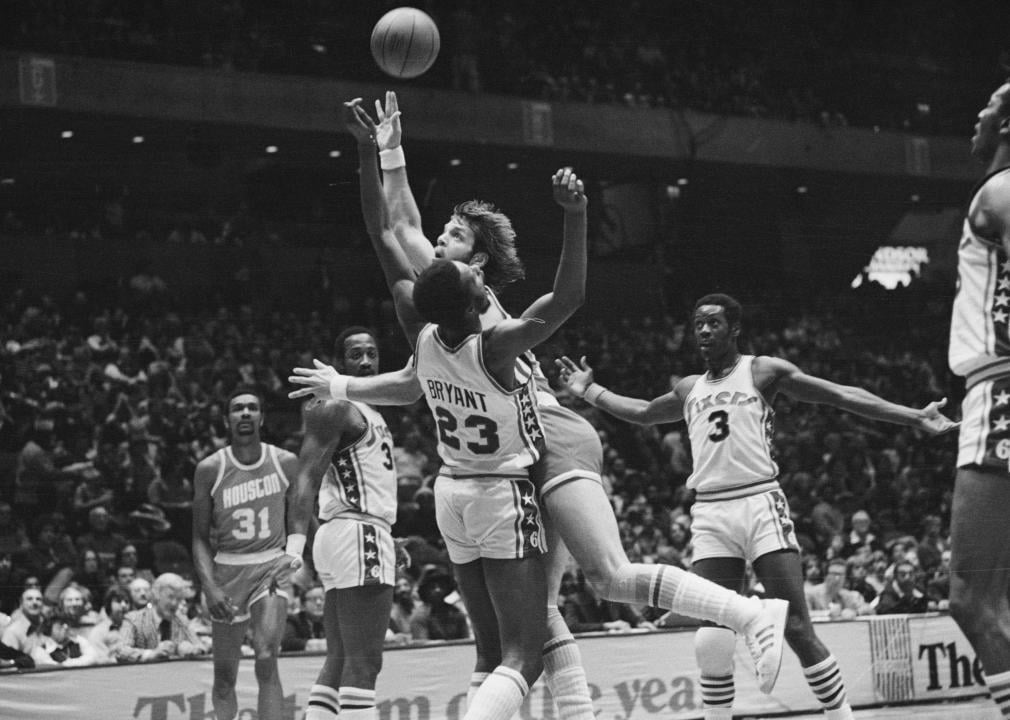 Bryant’s path to NBA stardom was essentially his birthright. His father, Joe “Jellybean” Bryant, played for various teams in the league starting in 1975, eventually moving overseas with 6-year-old Bryant to play in Italy for several years. Bryant’s middle name, Bean, is a derivative of his father’s nickname. 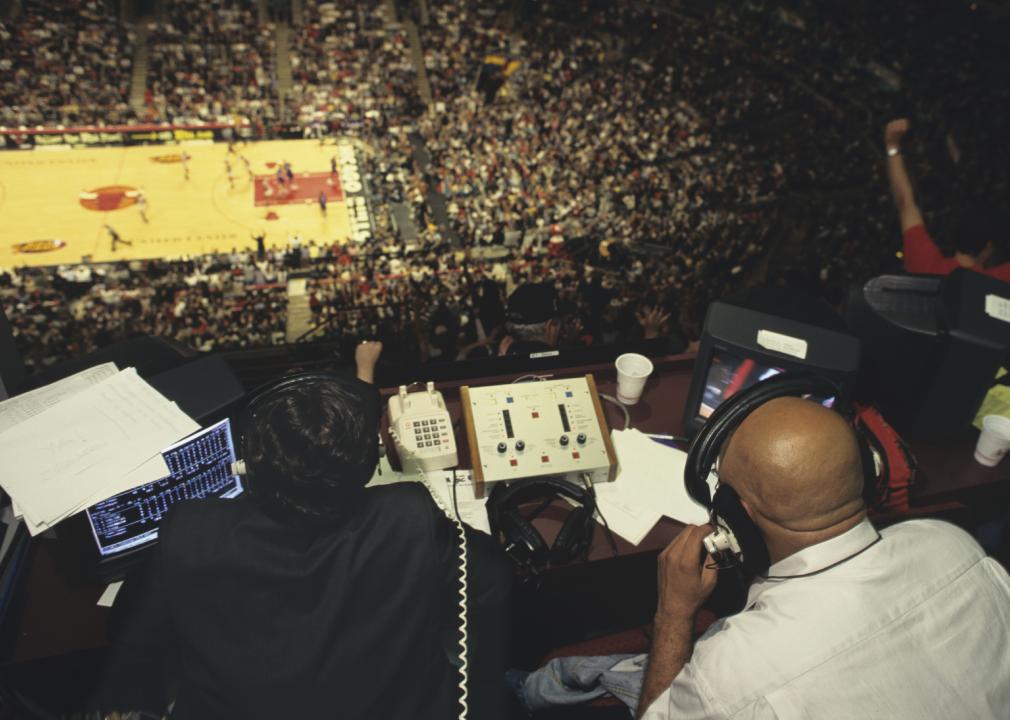 In the documentary “Kobe Bryant’s Muse,” the basketball legend spoke about his early relationship with basketball, which started around age 3. Overseas, the game became his refuge from the pressures of constantly moving during his father’s career.

His maternal grandfather would send him videos of American basketball games, which Bryant said he would watch over and over again. This fostered his love for not only the game, but also for watching players like the Atlanta Hawks’ John Battle and the Los Angeles Lakers’ Magic Johnson, which informed his skill set and knowledge of basketball. Bryant’s family eventually moved back to the U.S., settling in the Philadelphia suburb of Lower Merion. He attended Lower Merion High School, where the young shooting guard developed his now-iconic aggressive playing style and led his team to win the 1996 PIAA state championship over Erie Cathedral Prep with a score of 48-43. He scored nearly 3,000 points during his career and, according to the school’s website, became its most famous alum with his jersey #33 retired. 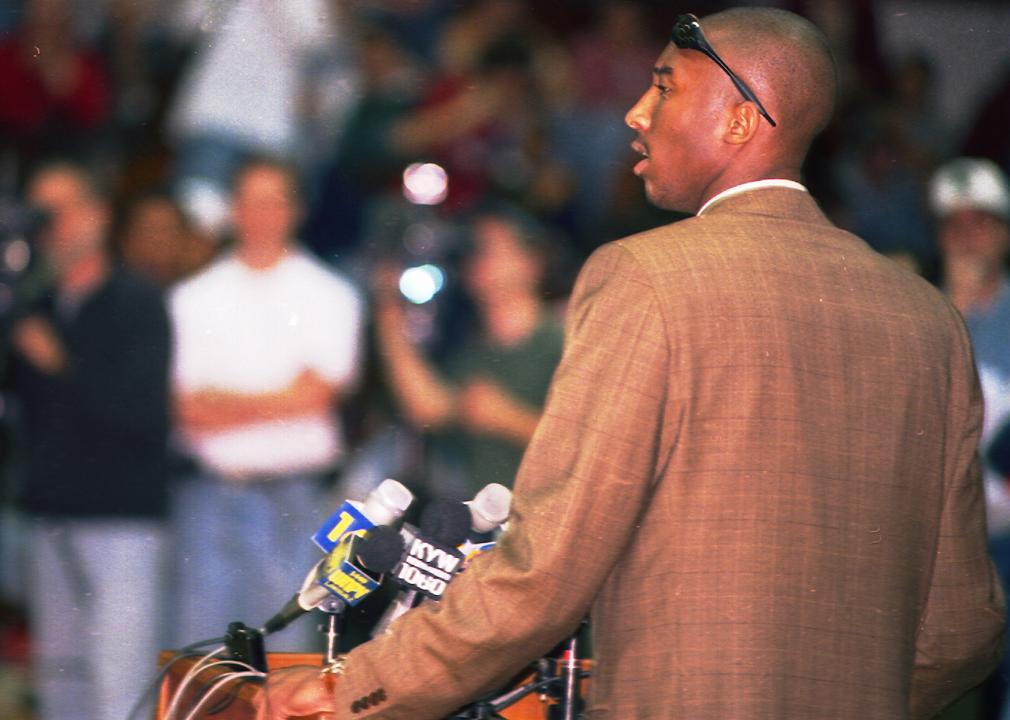 On April 29, 1996, Bryant announced he would skip college and go straight to the NBA to pursue his goal of becoming the best basketball player. It was a rare move for the time with Bryant being only the sixth player to make the leap from high school to the big league.

You may also like: 70 celebrities who published a bestseller Bryant was drafted as the 13th pick by the Charlotte Hornets at age 17. However, in a deal previously worked out with the Los Angeles Lakers, he was traded a week later with the Hornets picking up center Vlade Divac. Bryant’s dreams of donning a Lakers uniform came true as a result and he remained with the team throughout the duration of his career. Bryant’s start in the NBA wasn’t as stellar as his counterparts Allen Iverson and Ray Allen. He spent a lot of time on the bench with sporadic time on the court.

In the 1996 Western Conference Semifinals with the game on the line, Bryant shot four airballs to the chagrin of his teammates and Laker fans. He later recounted in his “Muse” documentary that when he got back to Los Angeles, he went to a nearby high school, and spent the entire day shooting in the gym. It was a defining moment that changed the trajectory of his career with him coming out stronger the following season. 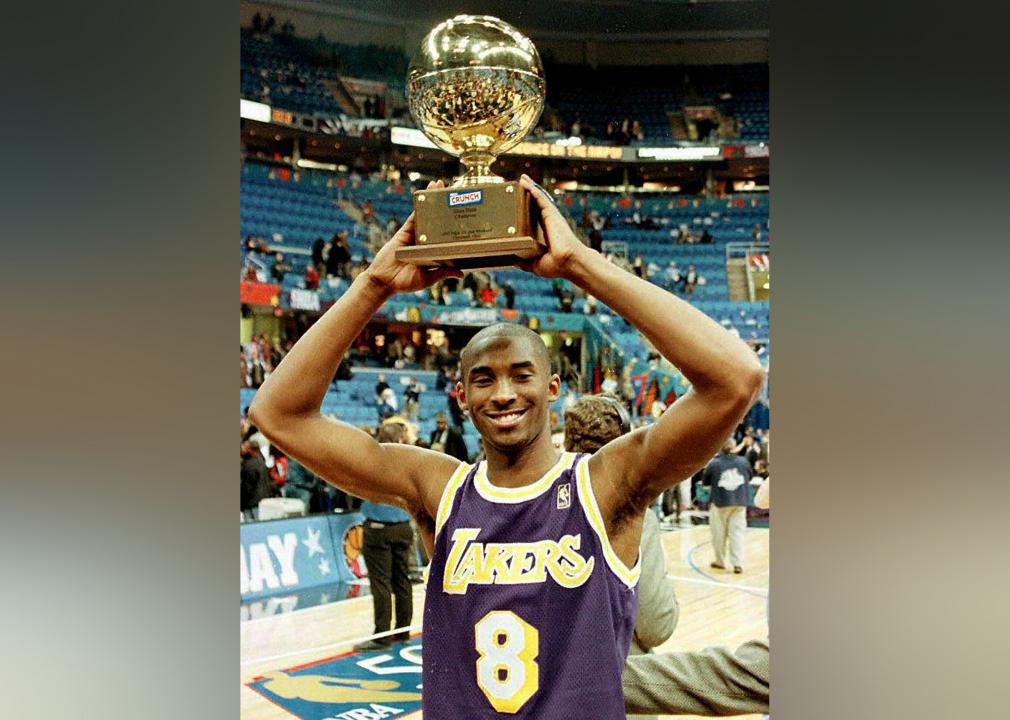 In 1997 during Bryant’s rookie year, he made history as the youngest Slam Dunk Champion ever. An 18-year-old Bryant put on a show with incredible style, rhythm, attitude, and confidence to charm the judges against other competitors including Ray Allen, Chris Carr, and Michael Finley. Bryant’s focus and first love were on improving his game in the league and gaining stardom there. However, it didn’t stop him from making a small detour into rap music. Bryant was on a video set in 1999 when he met Vanessa Laine, an extra and high school student who would become his wife two years later. His decision to marry young caused a temporary rift between him and his family. 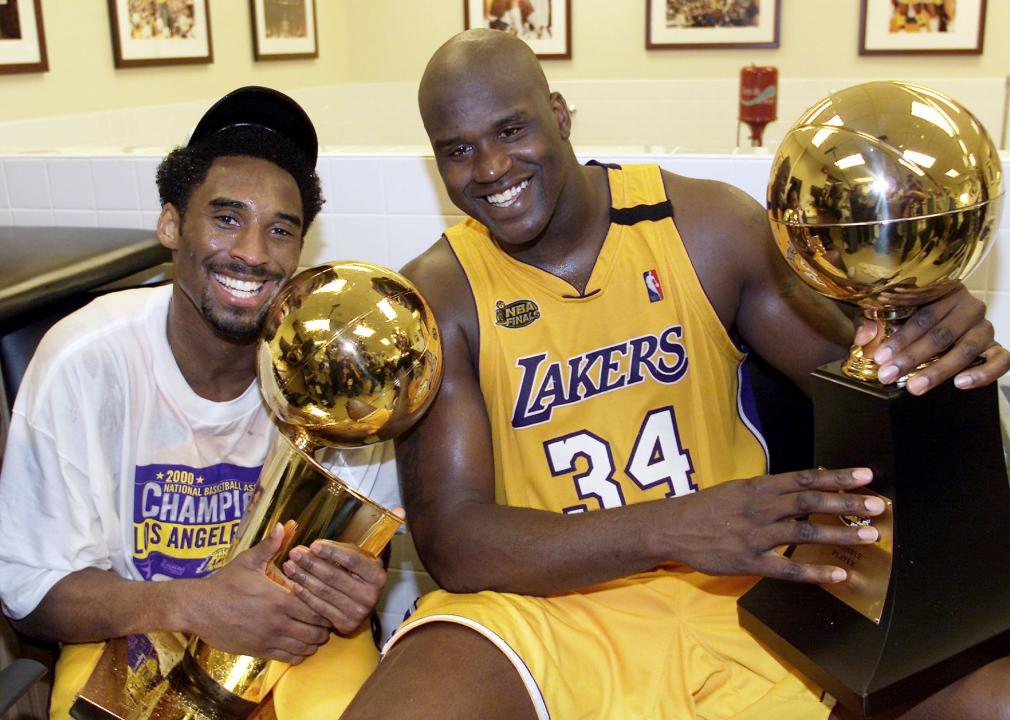 Bryant’s determination to be talked about in the same breath as Michael Jordan and Magic Johnson began to ring true when he led the Lakers to three straight NBA titles from 2000 to 2002. It was a feat that laid the foundation for his place in basketball history. Bryant and his wife Vanessa welcomed their first child, a daughter named Natalia, on Jan. 19, 2003. They later added Gianna (“Gigi”), Bianka, and Capri to the family in 2006, 2016, and 2019, respectively. Natalia became a high school volleyball player while Gianna took after her father and played basketball.

On July 18, 24-year-old Bryant was charged with felony assault after a 19-year-old woman said she was raped by Bryant on June 30 in a Colorado hotel room. At a news conference on the day he was charged, Bryant admitted he committed adultery but said he did not assault his accuser.

While discovery and pretrial hearings consequentially occurred, Bryant’s accuser eventually asked the prosecutors to drop the criminal case. The woman’s attorneys said the fact that her name and highly sensitive transcripts were leaked to the media caused her to lose faith in the justice system, and one of her attorneys did not expect the trial to be successful for the woman.

On Sept. 1, 2004, the day the criminal case was dropped, Bryant issued a statement apologizing to the woman and her family, his own family, friends, and supporters, and Eagle, Colorado, citizens.

Bryant said, “Although I truly believe this encounter between us was consensual, I recognize now that she did not and does not view this incident the same way I did. After months of reviewing discovery, listening to her attorney, and even her testimony in person, I now understand how she feels that she did not consent to this encounter.” 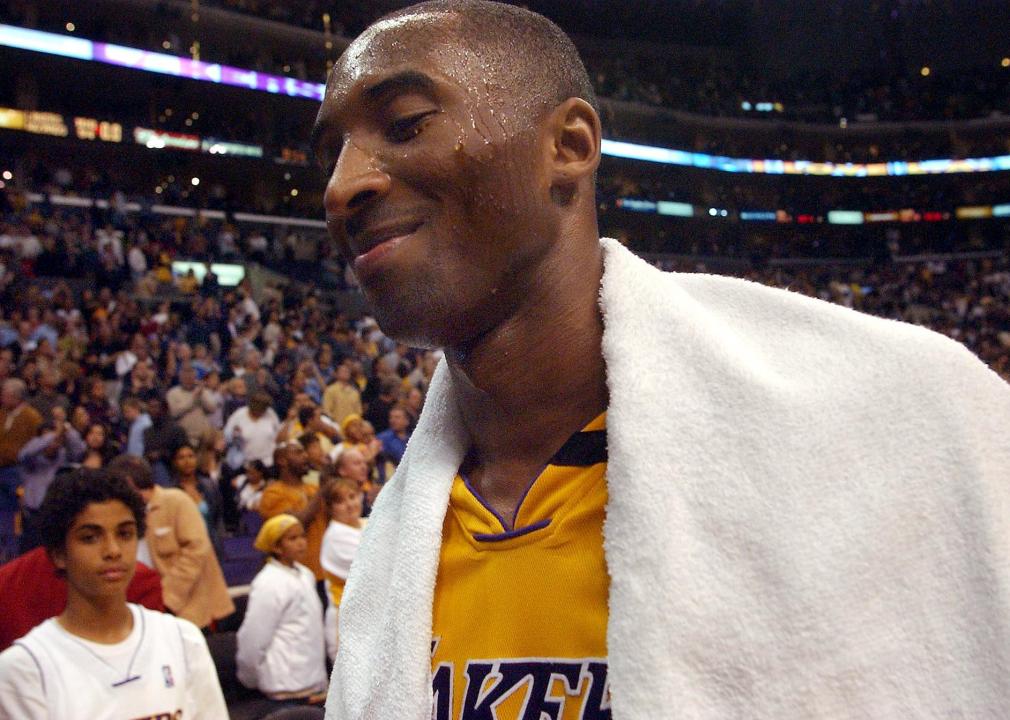 Every Kobe fan knows his alter ego is “Black Mamba.” But, the moniker’s roots have a deep emotional and intellectual significance in Bryant’s life. He explains in “Kobe Bryant’s Muse” that in 2003 he was being heavily ridiculed by the crowd and felt like his life was spiraling out of control. So, he created the Black Mamba to detach from that reality.

“Kobe has to deal with these issues, all the personal challenges. The Black Mamba steps on the court and does what he does…I’m destroying everybody that stepped on the court,” he explained. 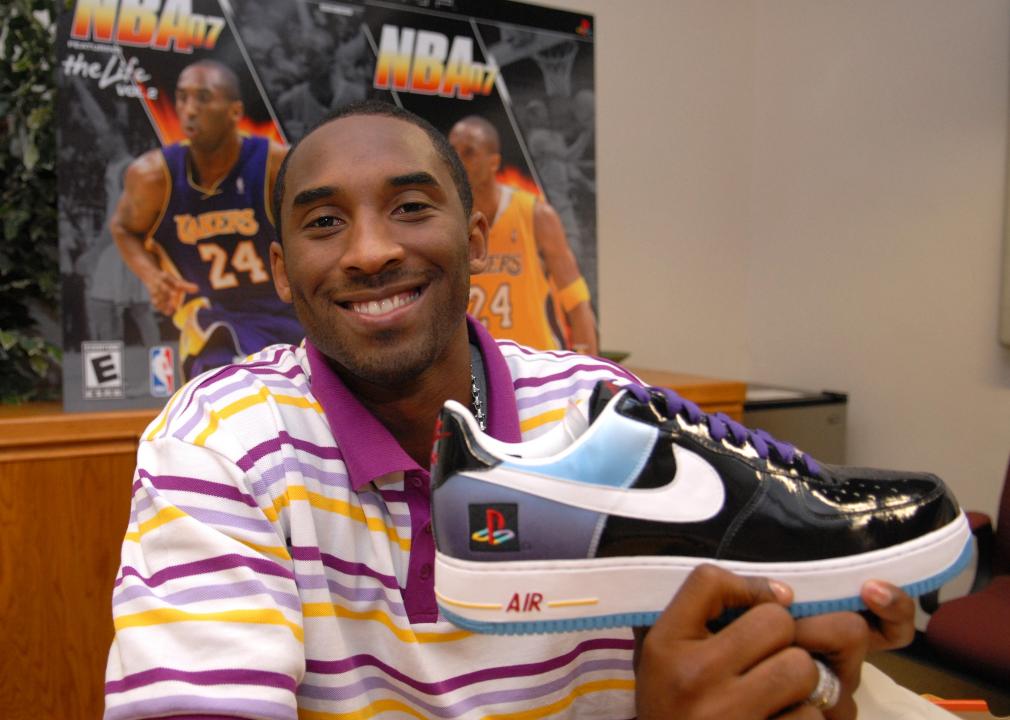 Brand endorsements and top athletes go together like peanut butter and jelly. And, Bryant’s face and name are certainly recognizable and bankable. His lucrative professional partnership with Nike began back in 2003 and he released over a dozen signature shoes with the company. Kobe Bryant’s estate and Vanessa Bryant made headlines in April 2021 with a decision to not renew the contract. 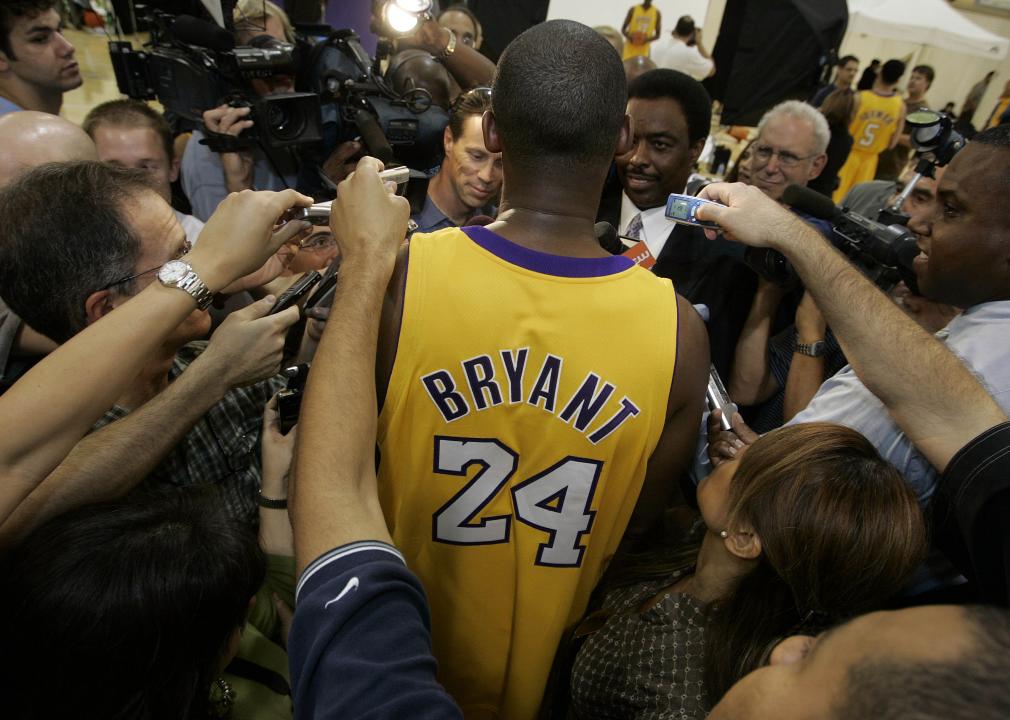 Bryant wore two different numbers during his career with the Lakers: #8 and #24. The change to #24 came after his teammate and right-hand man Shaquille O’Neal left the Lakers in 2004. He said the move from #8 to #24 was a distinct switch in eras. According to him, #8 was about proving himself and rising to the top and #24 was the road to cementing his place as a legendary basketball player. 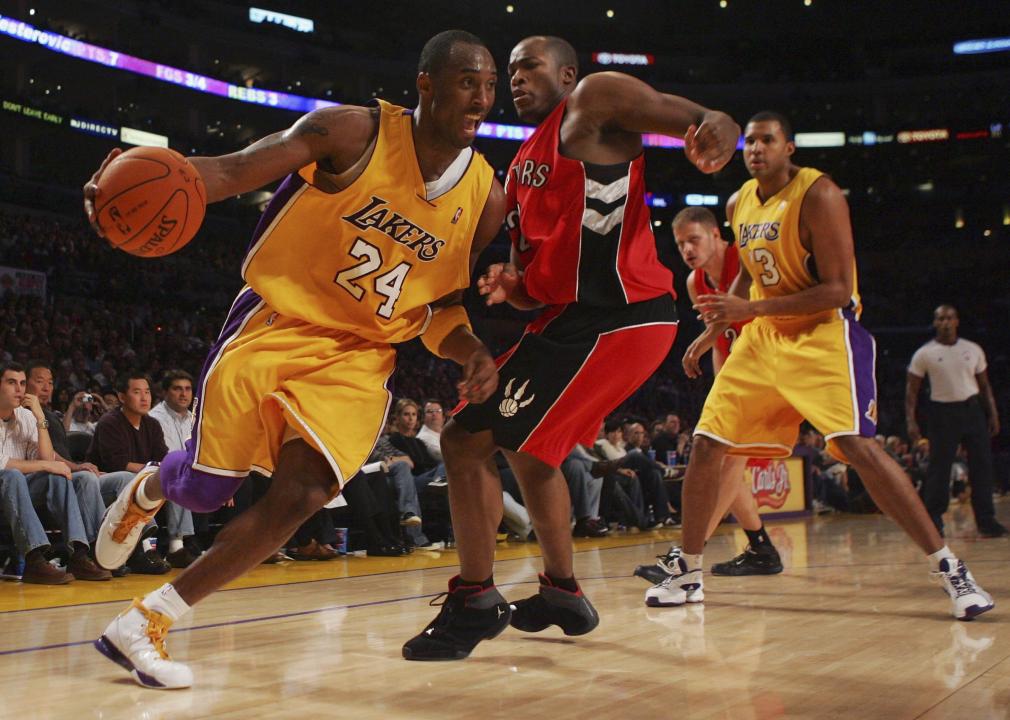 On Jan. 22, 2006, Bryant led the Lakers to a 122-104 victory over the Toronto Raptors. Bryant dominated the court that night, scoring 81 points in the game. At the time, it was the second-highest scoring game in NBA history.

You may also like: 40 surprising celebrity “where are they nows” 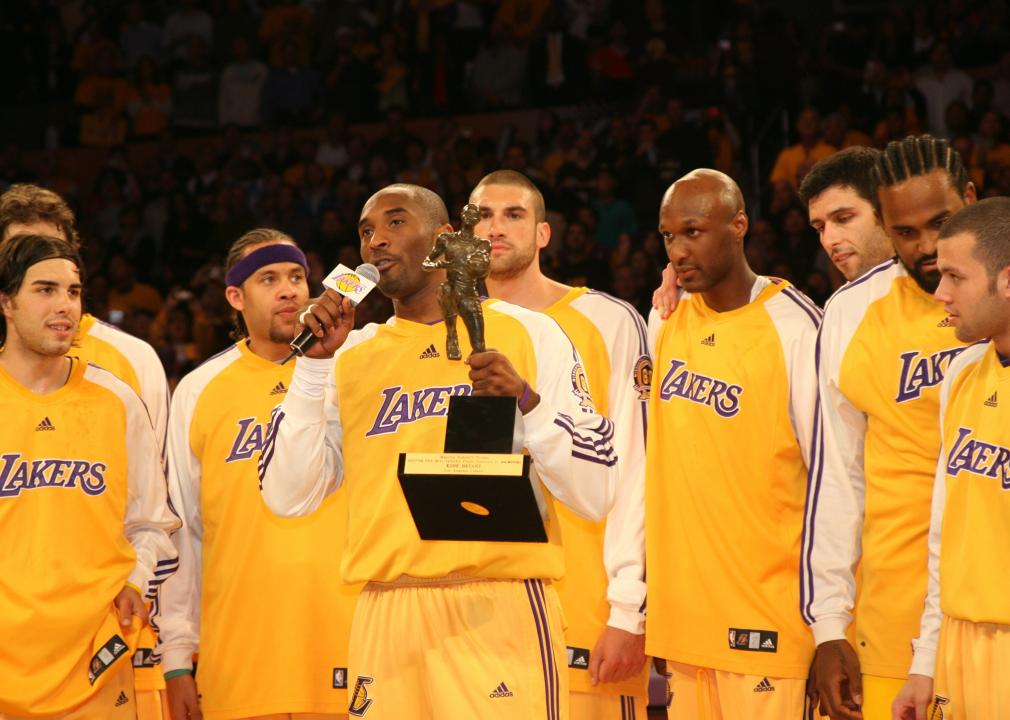 It’s no secret Bryant gained many accolades during his years in the league. He may not have cared as much about being the most valuable player as he did winning championships, but that didn’t stop him from earning the title multiple times. Overall, he was named the NBA All-Star MVP four times, the NBA Finals MVP twice, and the overall NBA MVP once. On April 12, 2013, Bryant tore his left Achilles tendon during a game against the Golden State Warriors. Many believed this injury would put the nail in the coffin for his career. But Bryant’s lifelong determination to prove others wrong prevailed with him returning to the court about eight months later. 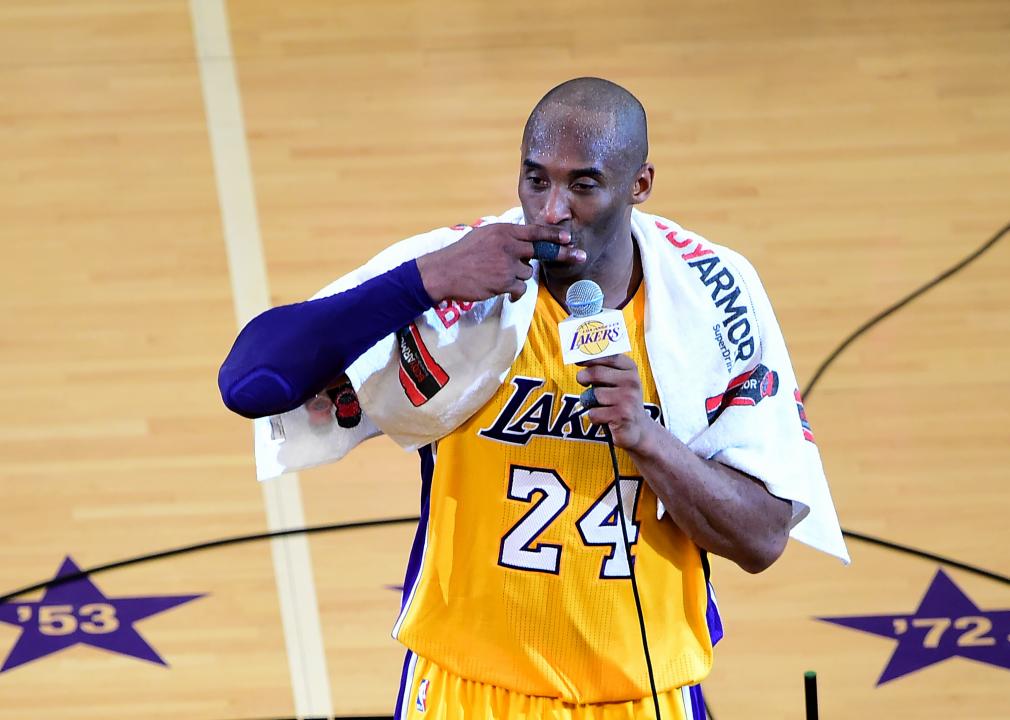 Bryant’s final game took place on April 13, 2016. He went out on a high note against the Utah Jazz, dropping 60 points and reminding everyone he could still dominate the game. Bryant’s wife and children attended the game. 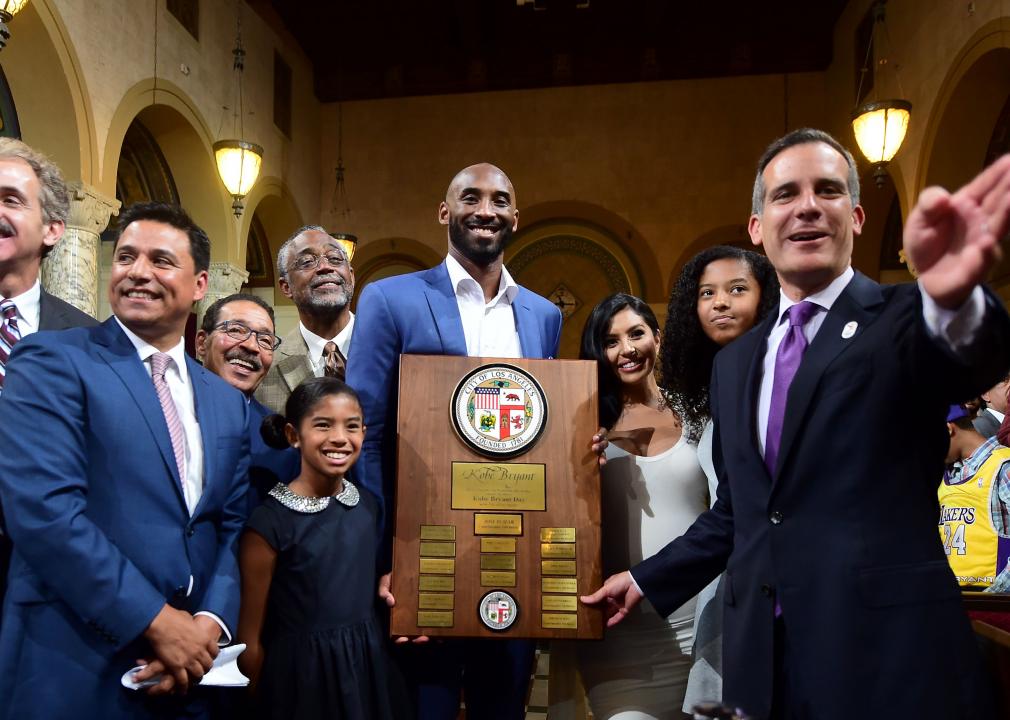 2016: Bryant honored with his own day

The City of Los Angeles declared Aug. 24, a combination of Bryant’s two jersey numbers, “Kobe Bryant Day,” in 2016 following his retirement. The commemoration, also known as “Mamba Day,” honors his legacy and profound impact on the game. The day falls one day after Bryant’s birthday. 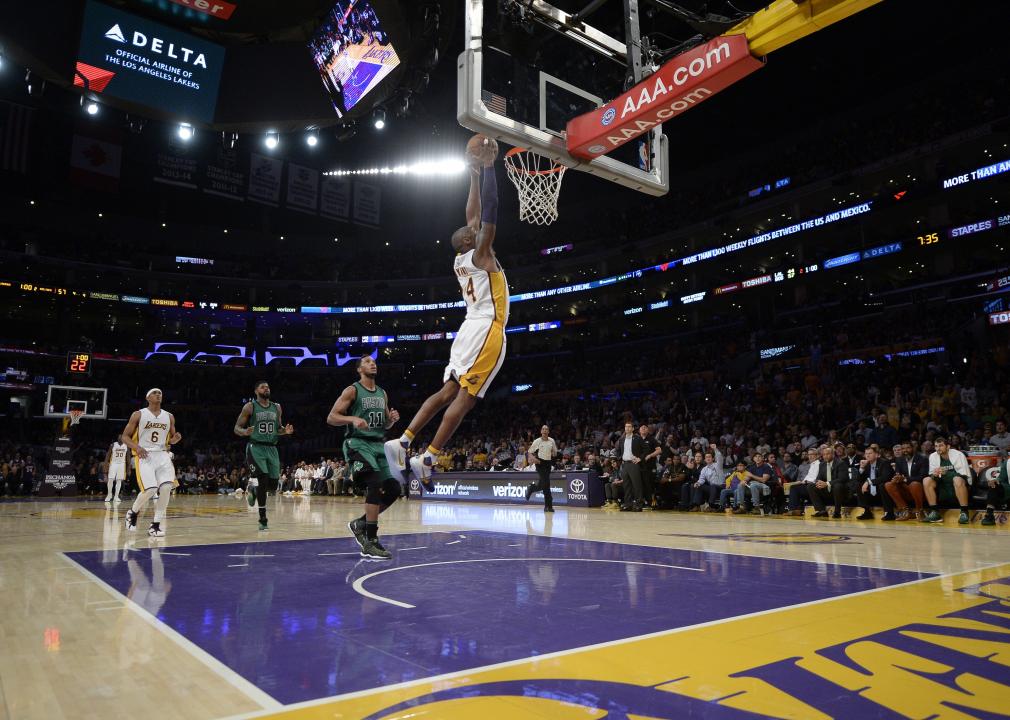 Bryant scored thousands of points in the NBA, but some people might be surprised by just how many points he had and where he stands in the ranking of top-scoring players. He ranks fourth as of 2022 with a whopping 33,643 points and is only surpassed by Karl Malone, LeBron James, and Kareem Abdul-Jabbar.

You may also like: Celebrities who made a comeback after run-ins with the law 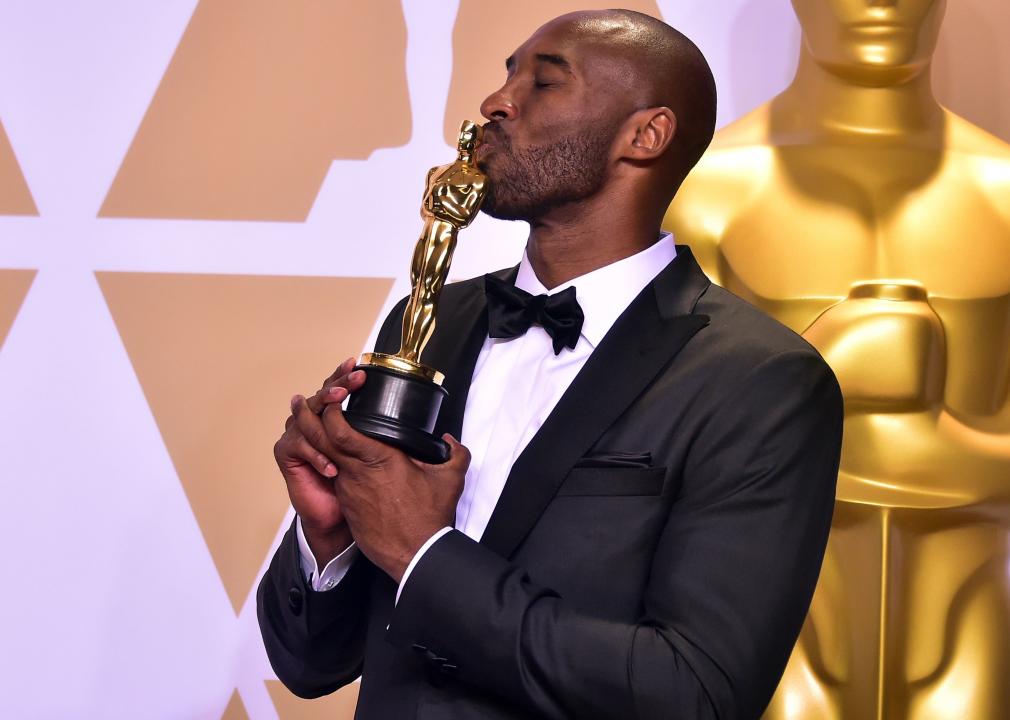 The basketball player won more than basketball championships. He also took home an Oscar in 2018 for Best Animated Short Film. “Dear Basketball” is a five-minute film in which Bryant narrates his retirement announcement letter. 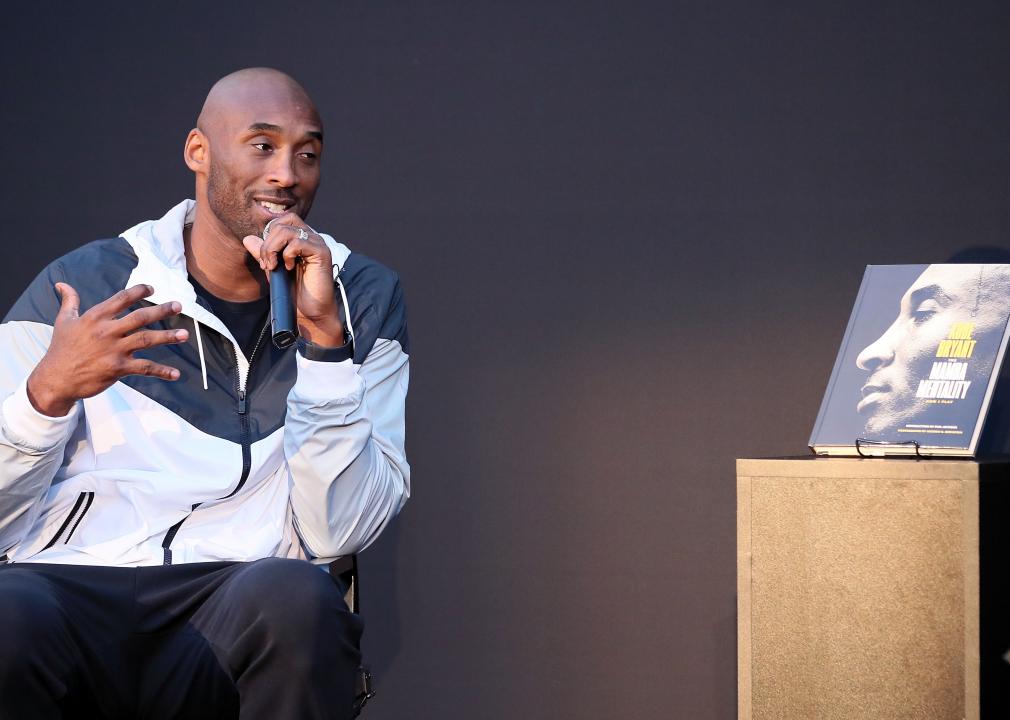 Bryant’s first book, “Mamba Mentality: How I Play,” hit shelves in 2018. He details the strategies, both mental and physical, a player needs to succeed. 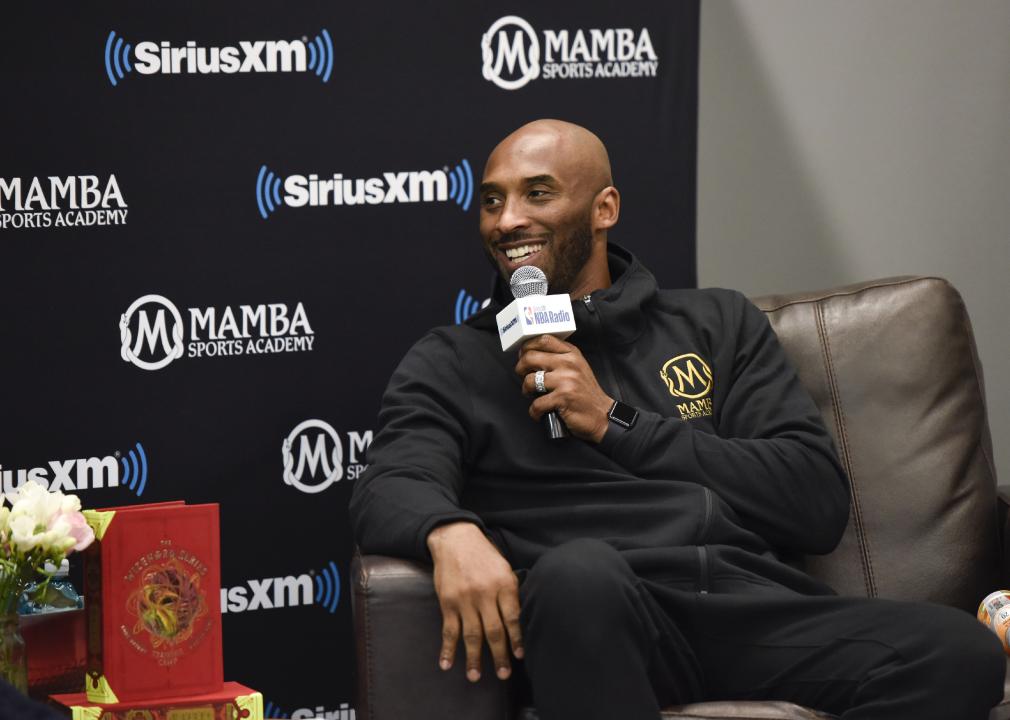 In 2018, Bryant partnered with Chad Faulkner, the owner of a Southern California sports academy, to create Mamba Sports Academy. Bryant’s daughter Gianna played for the collective and he worked closely with its young players to help cultivate their talents. The academy later dropped Mamba from its name following Bryant’s death. 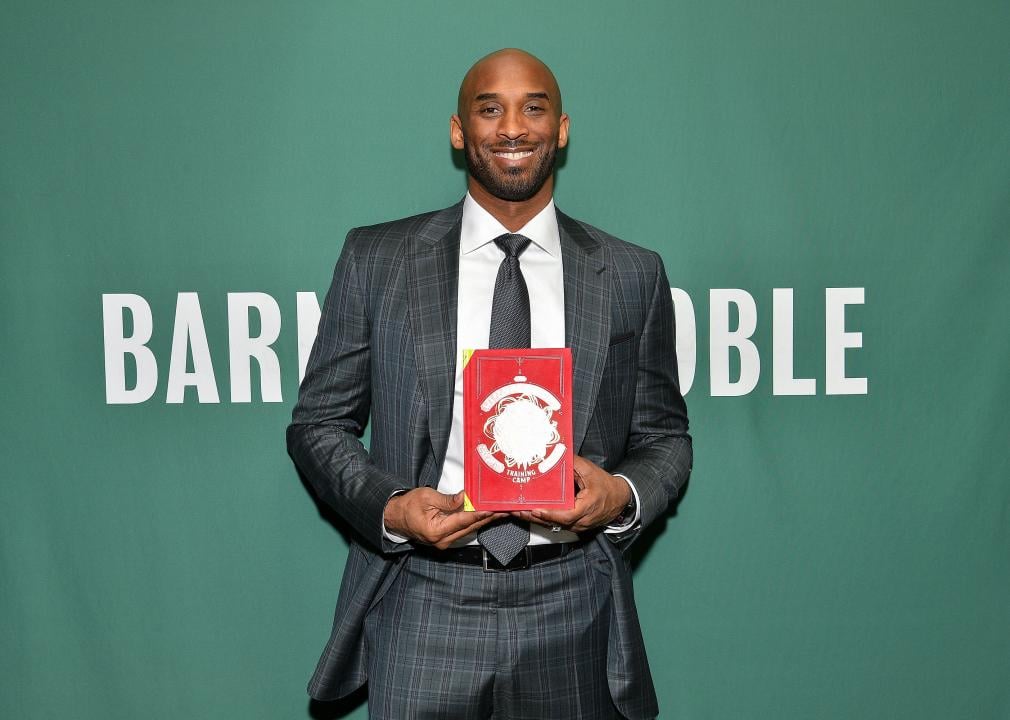 Kobe Bryant’s life was cut short in a helicopter accident in Calabasas, California, on Jan. 26, 2020. The legendary basketball player died alongside his 13-year-old daughter Gianna and seven other people on board, including the pilot. The group was traveling to a basketball game at the Mamba Sports Academy.

You may also like: How celebrities are reacting to COVID-19—from charitable to cringeworthy