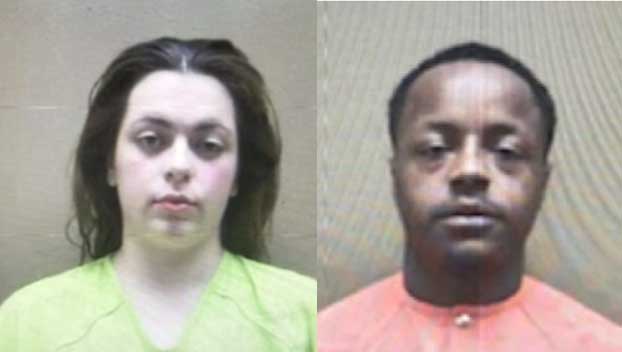 A man and a woman were arrested Sunday night in connection to a recent kidnapping incident in Rankin County.

Laken Paige Lowery, 22, and Cortez Devion Adams, 23, were both taken into custody Sunday night by the Adams County Sheriff’s Office and are awaiting extradition to Rankin County for kidnapping charges.

According to a statement from ACSO, authorities were notified Sunday by Rankin County Sheriff’s Office at approximately 5:30 p.m. Sunday that two suspects wanted in connection with a kidnapping that occurred less than 48 hours earlier may be in the Adams County area.

Upon receiving this information, the Special Operation Group at ACSO reached out to the suspects and were able to make contact with them by phone.

After speaking with the suspects, they agreed to turn themselves in.

“Networking in law enforcement is invaluable and when done right, it takes the jurisdictional boundaries off of law enforcement to bring swift justice for victims,” Patten states in a news release.