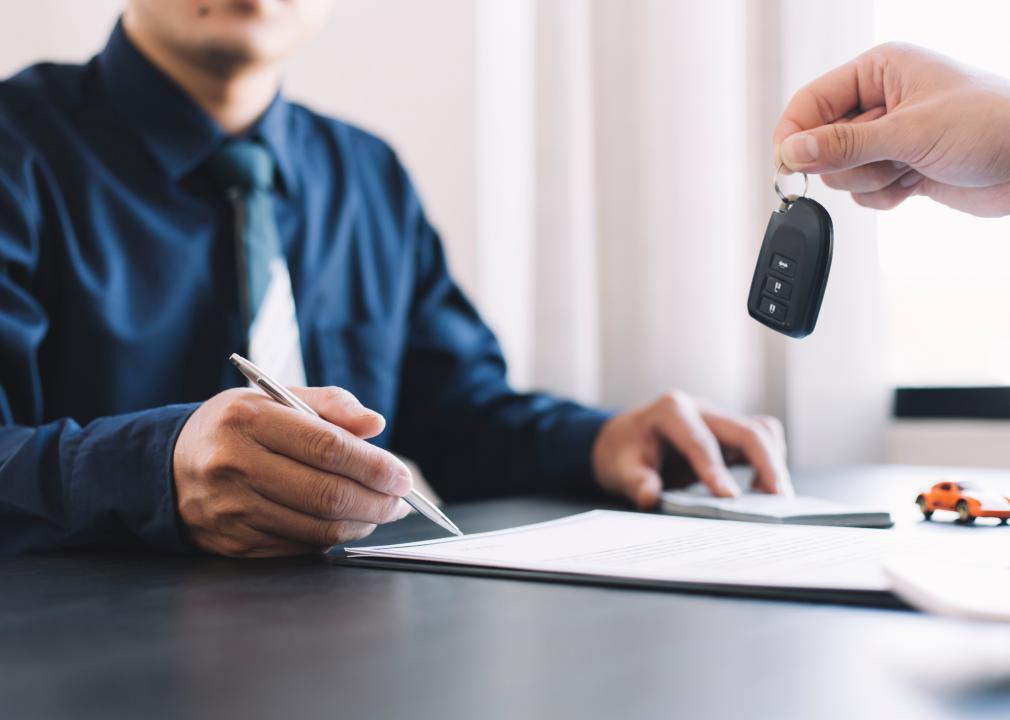 Car insurance provides drivers peace of mind knowing that if you’re ever in a car accident, the damages will be covered and someone will be there to help you sort out the aftermath. However, peace of mind does come with a price: Car insurance costs American drivers an average of $1,553 per year as of 2022, according to U.S. News & World Report.

If you’ve thought car insurance is too expensive, you might still be obligated to pay for it. Auto insurance is mandatory in every U.S. state except New Hampshire and Virginia. New Hampshire still requires drivers to be able to pay for accident costs if at fault in a car crash. Virginia has laws around auto insurance but does allow drivers to assume all risk and responsibility by paying the state an annual $500 Uninsured Motor Vehicle Fee.

Even though most states require insurance, that doesn’t mean drivers actually have it. In 2019, 1 in 8 drivers did not have insurance, according to a 2021 report published by the Insurance Research Council.

To better understand how insurers calculate rates, Cheap Insurance compiled a list of seven factors that impact car insurance using research from across the internet. 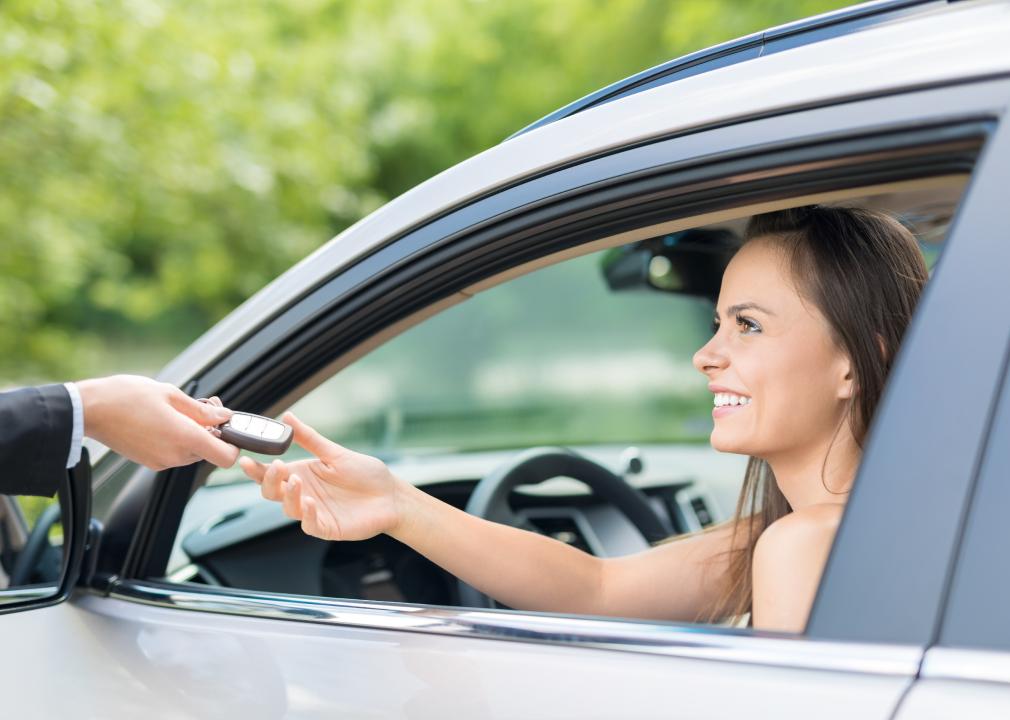 With time comes experience, and that’s one element insurers look at when determining rates. Teenagers have less experience and are more prone to taking risks such as texting or not wearing seat belts while driving. In 2019, the Centers for Disease Control and Prevention found that about seven teenagers died every day due to car accidents, and that teen drivers are three times more likely to be in a fatal vehicle crash than drivers of other age groups.

Insurance rates start to come down at age 25, and age becomes less of a factor until you hit age 65. After that, the older you get, the more likely your premiums will go up again as senior drivers more often have changes in vision and reaction times. 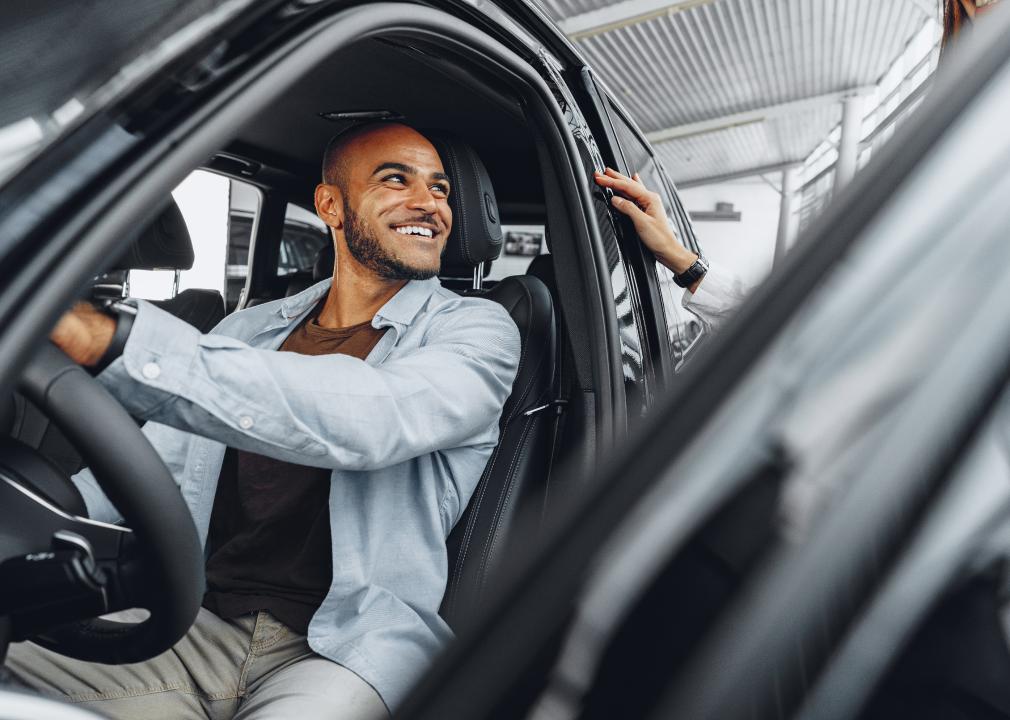 Insurance companies base price on risk factors, and gender is one of the most controversial ones. Teenage boys tend to be the riskiest drivers, so their rates are high. However, beyond that, there’s no understanding whether men or women have higher rates—Forbes found that women generally have lower rates than men, but not in all age groups.

Not every state allows insurers to set prices based on gender—California, Hawaii, Massachusetts, Michigan, North Carolina, and Pennsylvania all have laws against gender-based pricing. Montana was among these states but repealed its law in 2021. Since then, the Consumer Federation of America has found disparities in pricing between men and women in Montana when other factors were the same. 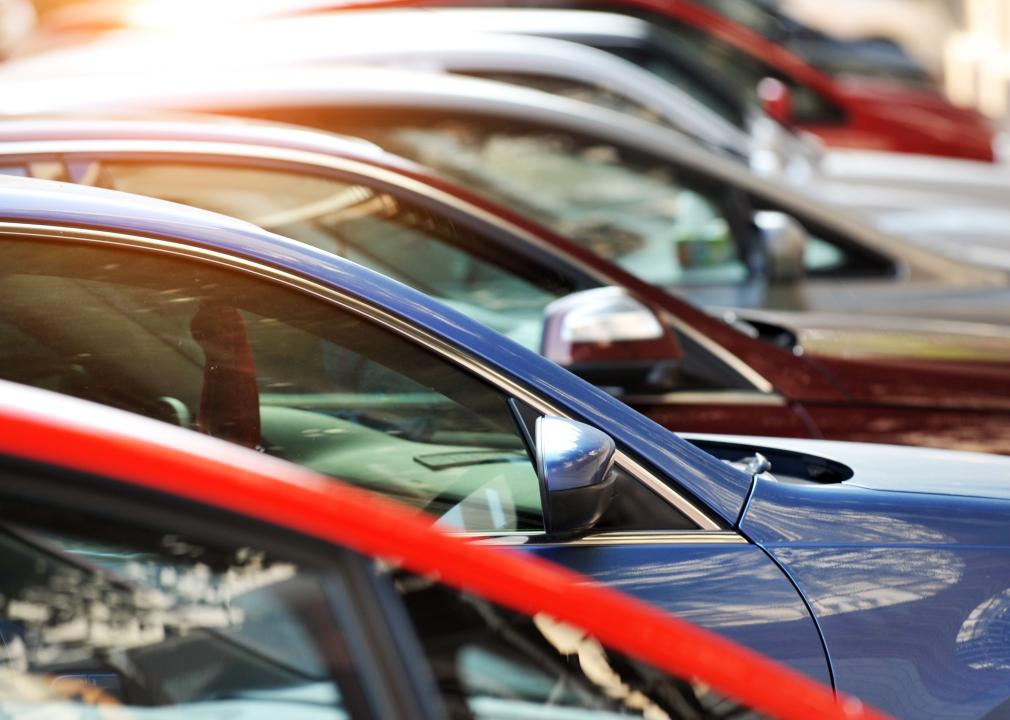 Drivers in cities pay more for insurance than drivers in rural areas. Urban areas have more drivers on the road, which means that the likelihood of crashes will be greater. Denser areas also lend themselves to higher crime rates and may report more break-ins and thefts, and hence more claims. If you park your car on a street, you may have to pay higher rates because damage is more likely versus parking in a garage.

Areas with high speed limits can also dictate higher insurance rates, as speeding is a major contributor to car crashes. Insurers may also factor in localized extreme weather situations that can cause a lot of car damage, such as flooding, hail, extreme snowfall, ice, and wildfires. 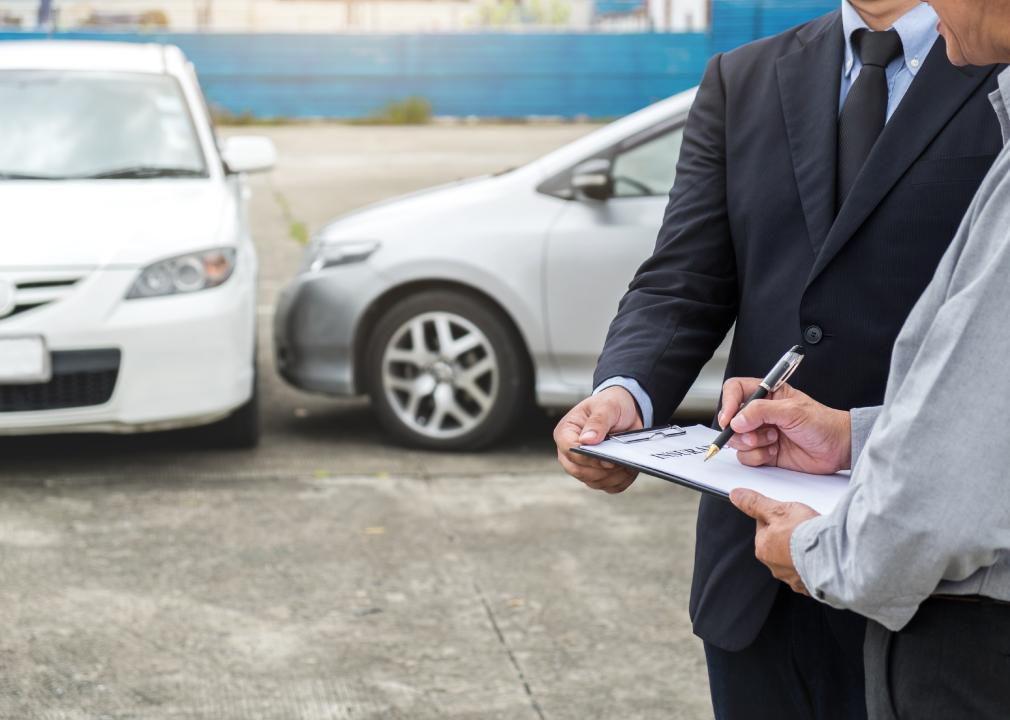 If you’ve been issued a ticket for a moving violation like speeding or you’ve caused an accident, your insurance premium will likely go up. The price increase will depend on the number and severity of incidences and your insurance company’s policies. Insurers typically keep track of violations and claims for three years. Rack up too many violations or accident claims—or get pulled over for drunk driving—and your insurer may opt to cancel or not renew your policy.

Some insurance companies offer discounts for safer driving. Many of these are app-based telematics programs that track how much and how smoothly you drive to assess the level of discount. 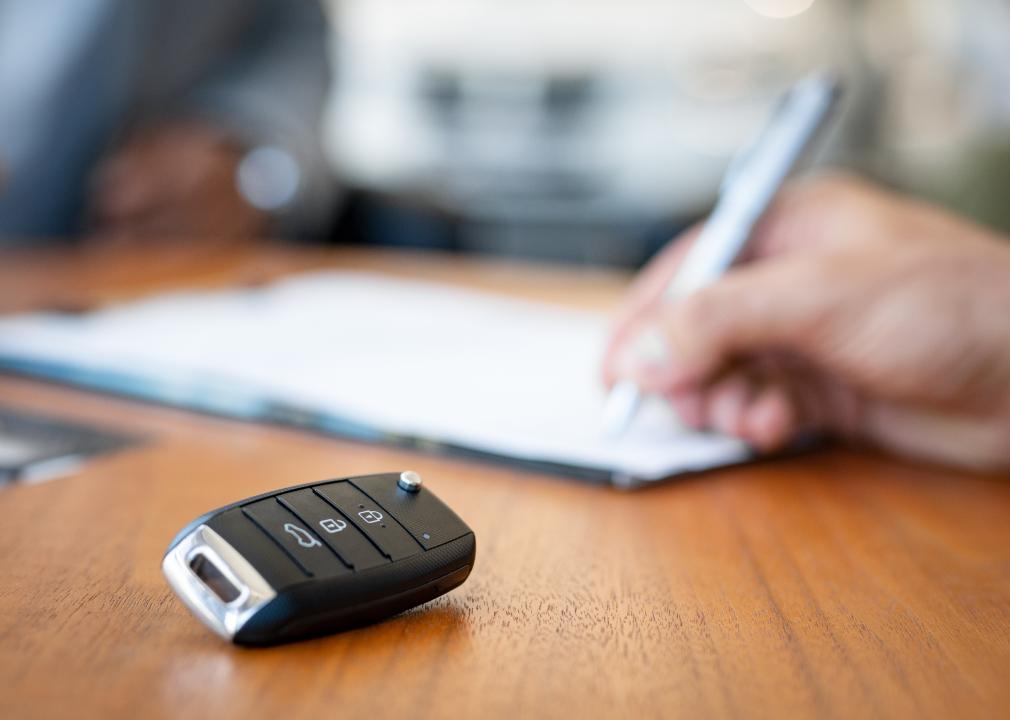 The type of car you have matters when determining insurance costs. Cars that have higher sticker prices and more high-end features cost more to insure because they’re more expensive to repair or replace. If a luxury car gets into an accident, repairs usually involve specialty parts that can be difficult to source. A lower-end, more common car can often be repaired with parts that are easier for repair shops to find, so it’s a lower, cheaper insurance risk.

Insurance costs can vary even among cars of the same make and model depending on how old the car is. Older cars (until they become antiques) are typically less expensive to insure than newer models. The more you drive, the higher the likelihood of being in an accident, so insurers look at how much you drive in a given year. According to the Federal Highway Administration, Americans averaged 14,263 miles on the road in 2019, which is roughly 39 miles a day. The pandemic kept many drivers off the roads in 2020, but driving made a comeback in 2021.

If you don’t drive very much—particularly if you drive fewer than 15 miles a day—your insurer may offer you a lower rate. On the other end of the spectrum, if you drive more than 41 miles a day—about 15,000 miles annually—you could be considered a high-mileage driver and have to pay more. 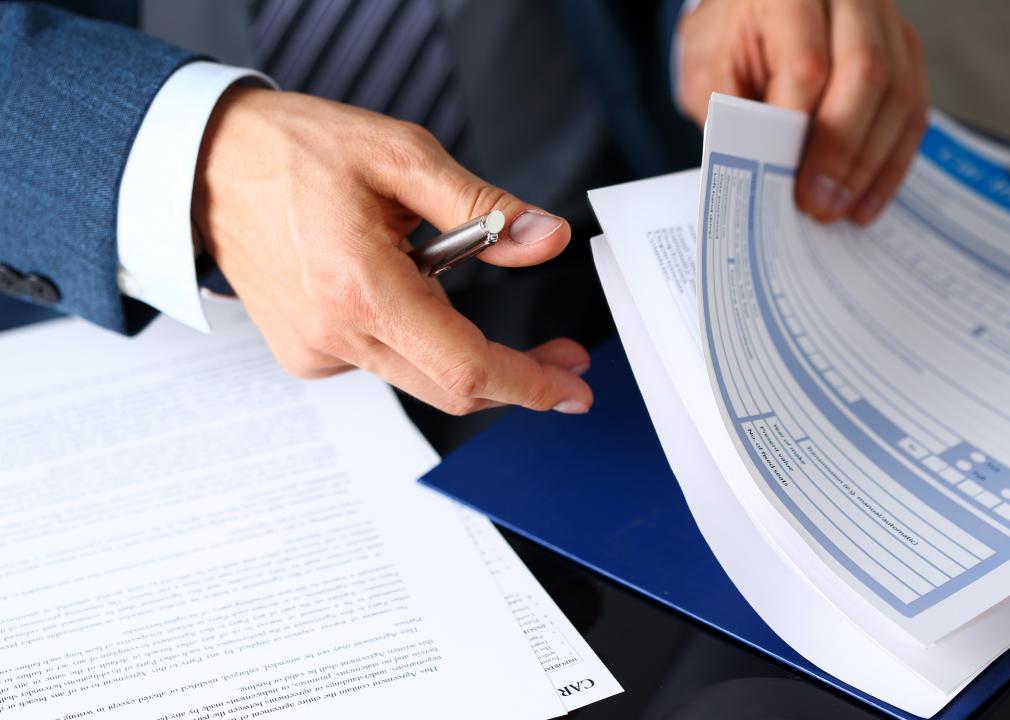 Back in 2007, the Federal Trade Commission published a report showing that a driver’s credit score could be directly related to the number and cost of auto claims. Because of this, many insurers look at a person’s credit score (an indicator of possible late payments) or an insurance score (an indicator of whether a person will file a claim) to help calculate an auto insurance premium. The better your score, the better rate you’ll get because you’re not as much of a risk as someone with a poor credit score.

The Consumer Federation of America argues that using credit scores discriminates against good drivers who happen to have fair or poor credit. Those who live in California, Hawaii, Massachusetts, or Michigan don’t have to worry about this because these states forbid auto insurers to look at a person’s credit when calculating rates. Washington also had a credit score ban, but it was overturned in July 2022.

This story originally appeared on Cheap Insurance and was produced and
distributed in partnership with Stacker Studio.