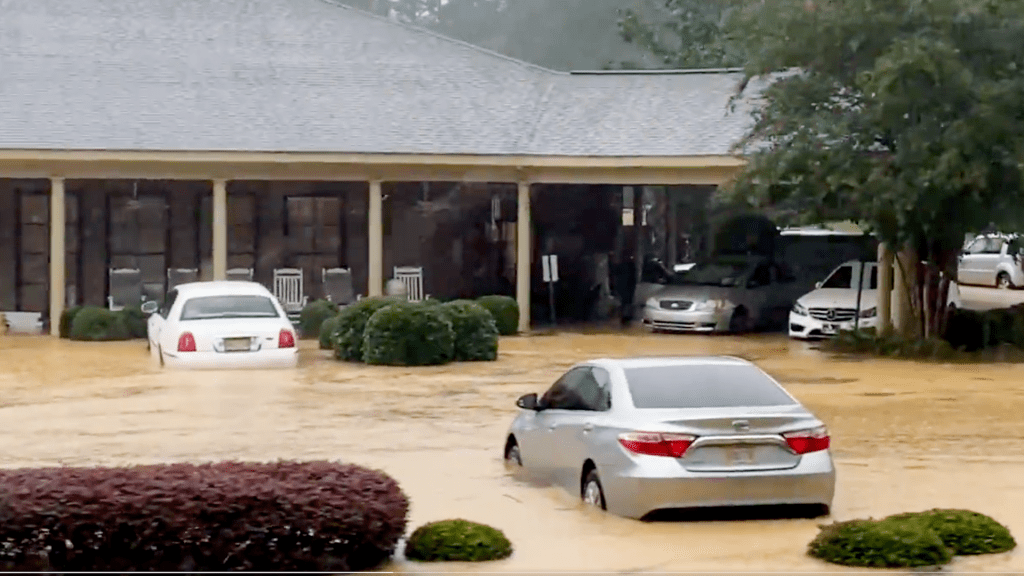 A nursing home in Brandon was being evacuated as rising floodwaters surrounded the facility.

WLBT News in Jackson reports that Rankin County Sheriff Bryan Bailey confirmed that about 42 residents of Peach Tree Village on Old Brandon Road were evacuated and have been moved to the Rankin County Safe room.

Images of flooding have been posted on Twitter showing the impact of heavy rainfall in and around the Brandon area.

Flash #flooding in Canton, MS this morning. Rain just will not stop. pic.twitter.com/NJ0Xr8hPYk

FLOOD ALERT | There is significant flooding near JAN and at the roundabout area leading onto International Drive.
Check your airline for your flight status and use extreme caution. The only available entrance/exit at JAN is from (East) Old Brandon Rd. – coming from Brandon. pic.twitter.com/YFJNVp0sw8

Flooding in the Stonehenge subdivision in Brandon. Tammy Boykin says in the 8 years she’s been in the neighborhood- it’s never flooded like this. #mswx @wlbt @Fox40News @NWSJacksonMS pic.twitter.com/6h38l4YiLq