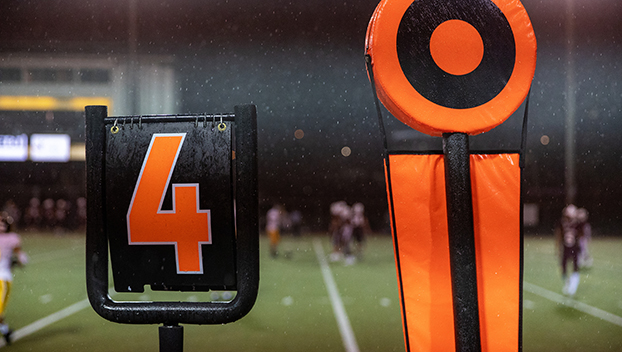 And it will be an all-Black female crew, which, The Clarion Ledger reported, may be a nationwide first.

“From everything that we’ve been able to gather from the National Federation of State High School Associations, we feel like that is the first time that there’s been an all-female Black officiating crew in a high school football game,” MHSAA assistant director Greg Freeman said. “I think it goes to show that we don’t discriminate against anyone. We want anyone that wants to come out and be a part of the game and be an official. We want them to come out and work hard.”

“It’s amazing and it’s overwhelming at the same time,” said Adrienne Barnes, part of the crew, who is entering her 19th year officiating youth and high school sports in Mississippi. “This is our first time working all together on the field. We’ve known each other. We’ve worked together in other sports but never on the field. Typically they never have more than one female on the field.”

Women from across the state make up the crew that will officiate at the Murrah-Cleveland Central matchup, part of the first week of Mississippi High School Athletic Association play. The women have worked several preseason scrimmages ahead of Friday’s 7:30 p.m. kickoff.

Barnes said a challenge from her son led her to get involved in officiating.

Barnes said she started to focus on forming an all-female crew last fall. Similar crews work in Oregon and Texas.

“They all work on Friday nights,” Lowe said. “Just don’t work together and I decided to get them the opportunity. Seven women together.”

Barnes has worked with former MHSAA official and current NFL referee Sarah Thomas, who became the first woman to officiate in the Super Bowl in 2021.

“I hope that more women get invited to the bigger show. I hope that more minority women get opportunities because you don’t see a lot of us, even in women’s sports at the higher levels. That’s disappointing and it’s kind of lonely, not to have someone there who truly understands where you are,” she said.