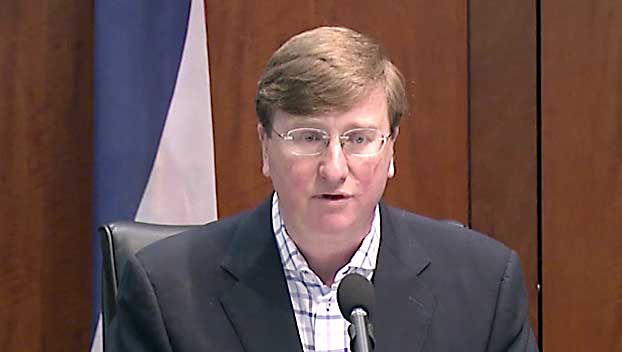 A state of emergency is in effect in Mississippi as officials anticipate potentially massive flooding from a rising river sooner than expected, Mississippi Gov. Tate Reeves said Saturday.

“We’re expecting the Pearl to crest at 36 feet late Sunday or early Monday in the Jackson area about 24 hours earlier that was initially anticipated,” Reeves said during a news conference. “If that happens, streets will flood. Businesses will flood. My administration and those at the Mississippi Emergency Management Agency are monitoring the situation closely.”

The river, as of Saturday, was at 34.63 feet (about 10.5 meters), weather officials said. National Weather Service Senior Service Hydrologist Marty Pope said scattered thunderstorms were expected through Tuesday, “which could increase our rainfall over the southern part of the state.”

“This will be a long-term flooding situation,” he said. “You can expect high water in the city for at least five to seven days before significant reduction occurs.”

“We are prepared,” Reeves said. “Because we are no stranger to severe weather and flooding, this makes us even more prepared to respond if necessary over the next couple of days.”

Although no mandatory evacuations have been ordered, Reeves and other officials strongly encouraged residents to “get out” if necessary.

The governor acknowledged it was difficult to determine whether there is a need to evacuate.

“It’s really hard to envision rising water when you walk out on your porch and see no water today and look up and see the sun. But, just because your home may not be likely to flood doesn’t mean you shouldn’t evacuate. If you’re in a higher area, the roads in and out might be in lower areas prone to take on water.

You need to assess and be able to sustain yourself for at least three days or decided to get out.”

“I can’t overstate how important taking action now is,” Reeves said. “Stock up now if you’re staying. Pack up if you’re going. Doing so can help you protect your own life and that of your family.”

Stephen McCraney, executive director of MEMA, noted events from 2020 should be residents’ high water mark if they experienced flooding in that year.

“There’s a limited amount of daylight from now until dusk Sunday to try to prepare yourself if you’re planning to get out,” he said.

Both he and Reeves urged people who had flooding two years ago to inform new neighbors who might be unaware of what could happen.

“Let them know so they can prepare if need be,” he said.

McCraney said consistent storms this month has already impacted 45 homes in the state so far, 13 businesses and at least 55 roads in several counties, including Hines, Rankin and Roberson as well as the City of Jackson. He encouraged sightseers to avoid inclinations to do so.

“People have 24 hours or less to get themselves, their stuff, their pets … to move their lives out of harm’s way,” McCraney said. “We need the road ways as do the people who are trying to get out so stay away.”

So far, Reeves said, one shelter has been opened for those needing it. It’s located at the Jackson Police Training Academy and is being operating by the American Red Cross.