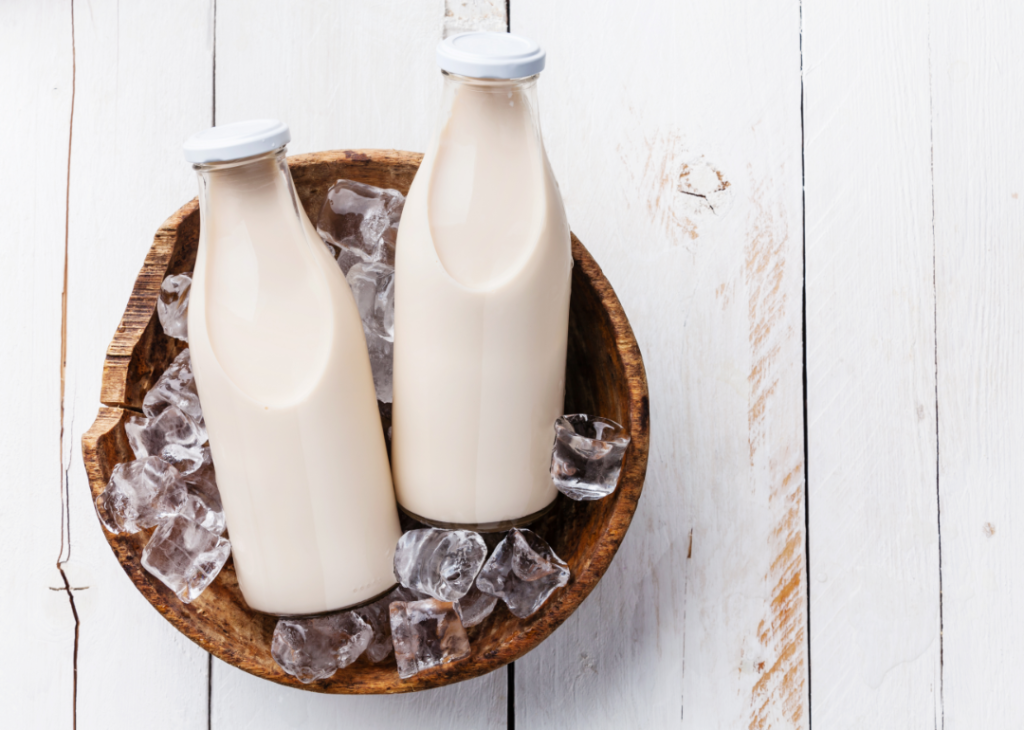 With over 20% growth in sales and $2.5 billion spent in 2020, it is clear that plant-based milks are soaring in popularity. Finding nondairy alternatives in the store is even easier than before, with all kinds of options—from oat and almond to banana and even potato milk. But how do these milk alternatives nutritionally compare to a glass of regular cow’s milk, and do nondairy milks lack the essential nutrients that dairy milk provides?

Curated analyzed the nutritional information for four common nondairy milks based on 8-ounce servings. Calcium daily values are based on a 1,000mg recommendation for adults aged 19-50 from the National Institutes for Health. Data is from the U.S. Department of Agriculture and compares unflavored varieties to 1% fat dairy milk. Exact nutrition and fortifications may vary based on individual brands.

Cow’s milk is known for being a decent source of all three major macronutrients: protein, carbohydrates, and fats. Each macronutrient gives you energy and keeps the body functioning. Protein is needed to repair and build body cells. Carbs provide the body with glucose, which is used for energy during physical activities and other bodily functions. Dietary fats help absorb certain vitamins, reducing glycemic (i.e. blood sugar) impact after a meal, and keeping you full.

An 8-ounce serving of 1% cow’s milk contains 2 grams of fat, 13 grams of carbs, and 8 grams of protein. Dairy milk is also known for being a go-to source of calcium, a mineral that works to keep bones and teeth strong and slows the degree of bone loss over time.

However, contrary to popular belief, many nondairy milks contain significantly more calcium than cow’s milk per cup, proving a reliable source of a much-needed nutrient in the diet. And yet, while these milk alternatives do provide calcium, their macronutrient profiles do vary, with some containing more fat and less protein and carbs than the regular 1% milk.

See how four dairy-free milk substitutes nutritionally measure up to their dairy competitors below. 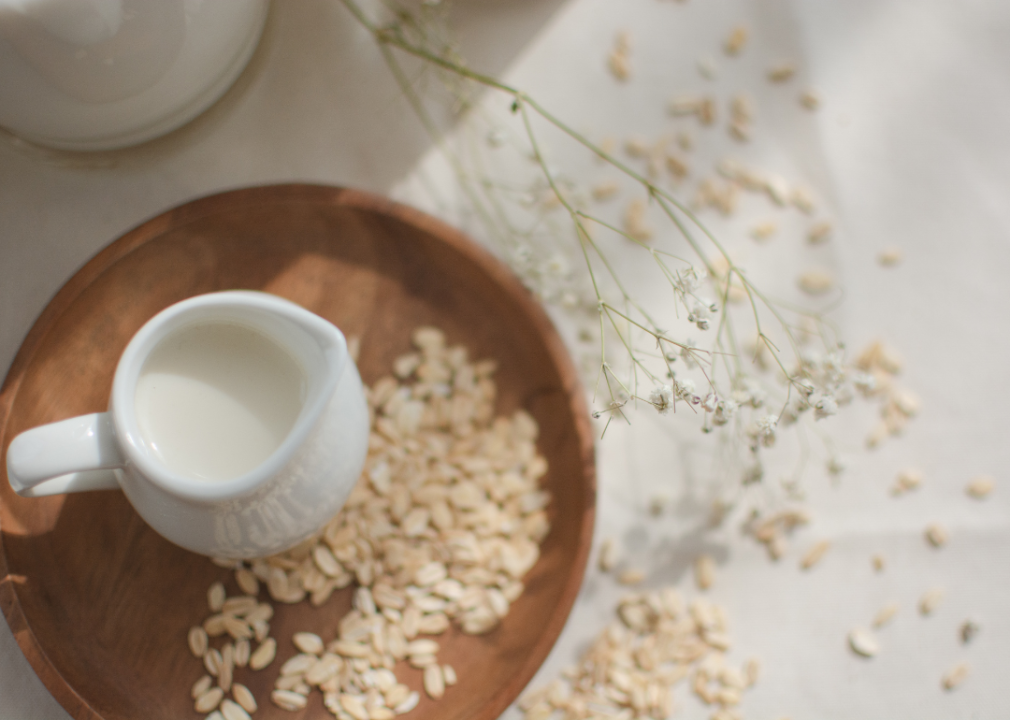 Even when it’s unsweetened, a glass of oat milk contains the highest amount of carbs compared to other nondairy alternatives, yet it’s still lower than a glass of cow’s milk. Oat milk also contains 2 grams of fiber, a type of carbohydrate that steadies blood sugar and assists with digestion. Plus, it doesn’t contain any saturated fat compared to the 1.5 grams in cow’s milk. Consuming saturated fat in high amounts can raise LDL cholesterol levels, aka the “bad” cholesterol. Due to the texture oat milk can create, it is generally a popular alternative for lattes and other frothy coffee beverages. Oat milk does have a distinct flavor—some compare the taste to cereal milk, which contains a touch of sweetness. 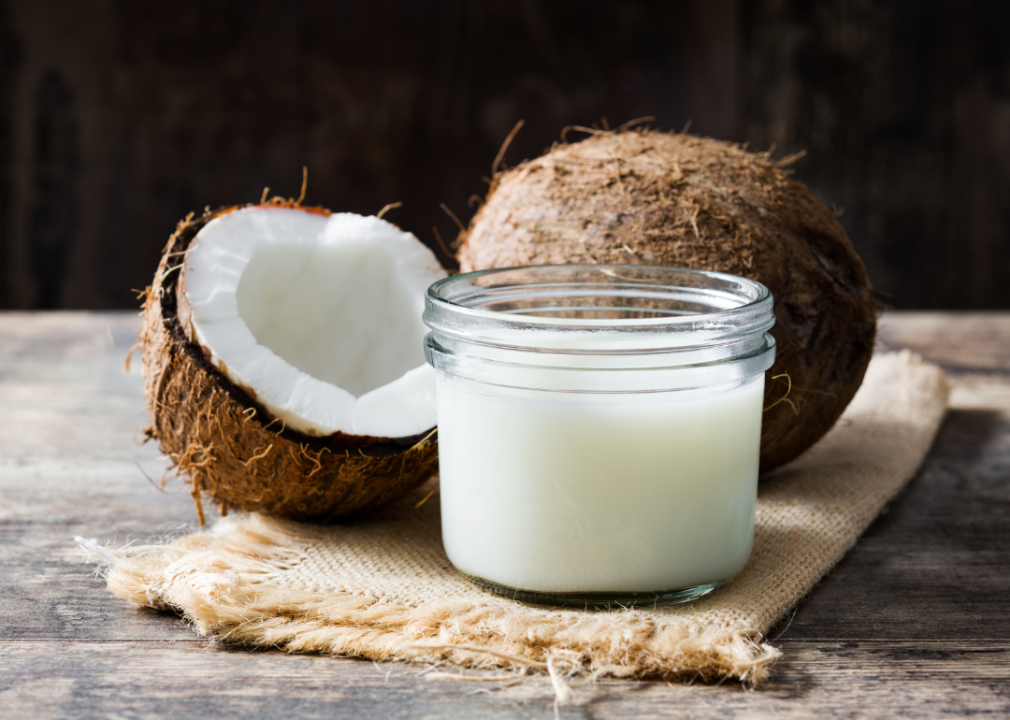 Coconut milk is sold in two variations: in a carton and in a can. While the condensed can is considered coconut milk’s natural state, the carton is simply coconut milk that has been diluted with water to match the texture of other milk alternatives on grocery shelves. Although coconut milk contains the highest amount of calcium compared to the other three milk alternatives, it also has a significant amount of saturated fat with 5 grams per serving—much more than cow’s milk. Coconut milk also ranks the lowest in terms of protein. As for the taste, the carton doesn’t offer nearly as much of a distinctive flavor compared to the cans. However, it does provide some sweetness, making it ideal for sweetening coffee, tea, and smoothies. 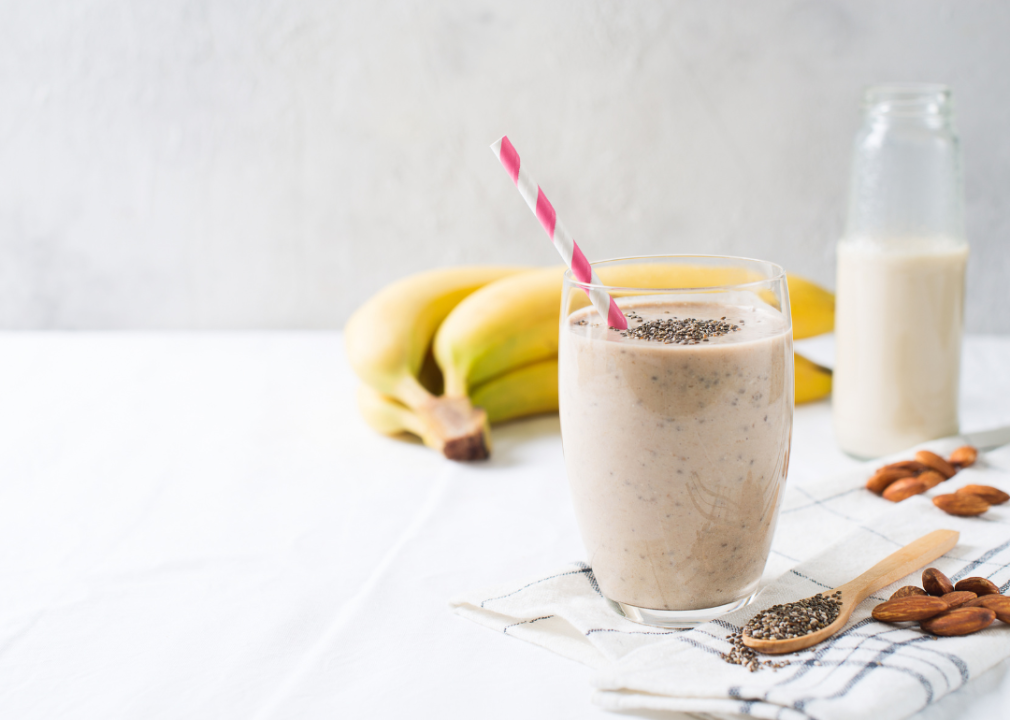 Almond milk ranks the lowest in carbs per 8-ounce serving. Plus, because almond milk is made simply with almonds and water, it also has a high amount of unsaturated fat thanks to the nuts—which actually lowers blood cholesterol levels, reduces inflammation, and stabilizes heart rhythms. It isn’t considered the most significant source of fiber (around 1 gram per serving), yet it is bursting with calcium. This nondairy alternative does have a slightly nutty aftertaste but is creamy and smooth just like milk.

Almond milk doesn’t froth as well compared to oat milk, so baristas and coffee aficionados often use almond milks specially formulated for use in coffees and other hot drinks. Otherwise, this nondairy milk works better in cold drinks and is also an easy alternative for cooking and baking. 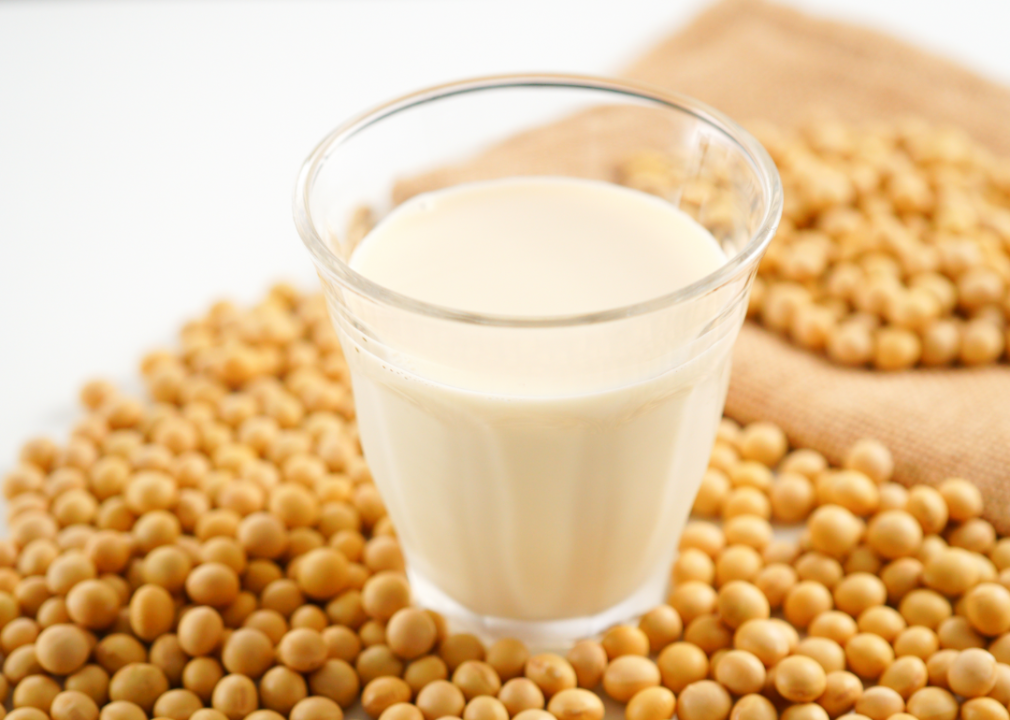 Soy milk offers the most amount of protein compared to the other nondairy alternatives. It also contains a significant amount of calcium, with numbers relatively similar to almond milk. Soy milk does contain some saturated fat (less than 1 gram per serving), but not nearly as much compared to coconut or dairy milk. It is also considered the second best source of fiber right after oat milk, with 1.5 grams per serving.

Some say soy milk is similar in texture compared to almond milk but is known for having a “bean-y” taste. Soy milk is also a popular choice for baked goods like cookies as well as cooking—typically in cream-based sauces and curries. It still doesn’t froth as well as oat milk but can be used for both hot and cold coffee beverages.