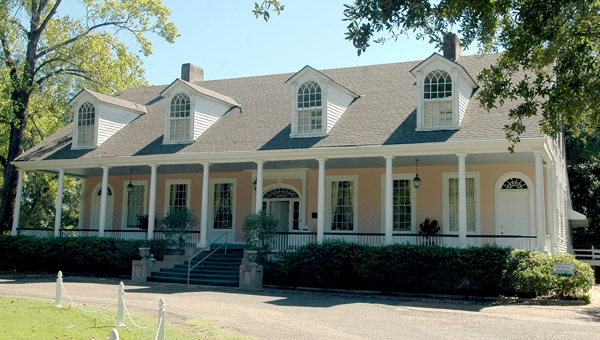 The former owner of two hotels and a Mississippi antebellum mansion is among six individuals indicted on charges of conspiring to commit wire fraud and money laundering by creating shell companies to bilk $6.4 million from a cash advance company.

This is the second federal indictment in two years for Mullen, who previously owned The Briars, built in 1818, the Hotel Vue and a Super 8 Motel. He was indicted in October 2020 for using fraudulent means to purchase a home in Jayess, The Briars, Hotel Vue and Super 9 motel.

In last week’s indictments, federal prosecutors say Mullen and Dufrene conspired with the other four men to use a number of shell Louisiana companies with no assets to defraud a merchant cash company based in Georgia.

According to a statement from the U.S. Attorney’s Office, East District of Louisiana, Mullen and Dufrene established the other four men as owners of existing corporations and then created fake vendor accounts for those corporations. “Mullen, with the aid of another person, created falsified bank records for the companies,” the release states. “Mullen then used an alias to hold himself out to be a broker for the companies he helped create.”

Mullen, working with another broker, supplied the victim merchant cash advance company with the fake vendor accounts and false bank records in order to obtain funding, the release states.  The cash advance company approved the advances and electronically wired “millions of dollars” in advances to the other for men. “Arceneaux, Vallo, Menard and Sartain laundered a portion of the funds by paying Mullen and Dufrene percentages of the funds,” the release states.

Arceneaux, Vallo, Menard and Sartain then closed the non-existent businesses before fully repaying the cash advance company, resulting in losses of approximately $6.4 million for the company.

Mullen was indicted by a federal grand jury in October 2020 with one count of conspiracy to commit bank fraud, four counts of bank fraud, one count of conspiracy to commit money laundering and three counts of money laundering. He is alleged to have used fraudulent means to purchase a home in Jayess, The Briars historic home in Natchez as well as Hotel Vue and Super 8 Motel.

Dufrene also was indicted in October 2020 and pleaded guilty to one count of conspiracy to commit bank fraud and one count of money laundering, according to a press release issued by U.S. Attorney Duane A. Evans’ office.

Keesler Federal Credit Union, which provided funds for Mullen’s purchase of The Briars, has foreclosed on that property and taken possession of it, said Jackson attorney Derrick Henderson, who represents Keesler.

Red Oak Capital Group LLC, which loaned Mullen the funds for purchasing Hotel Vue and Super 8 Motel in Natchez, has also foreclosed on those properties and taken possession of each.