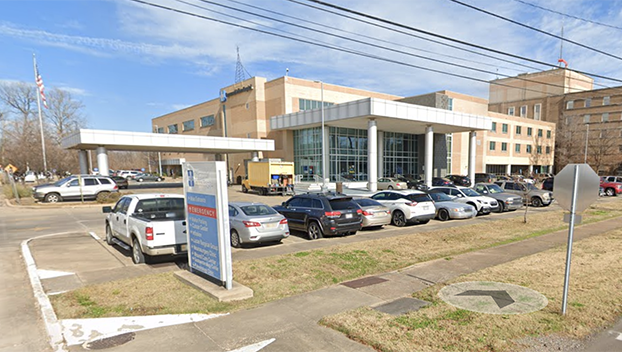 Greenwood Leflore Hospital announced on Thursday that it is closing some of its operations and laying off more employees due to its perilous financial situation.

Several of the hospital’s units, including intensive care and labor and delivery, will remain closed after a sewage problem forced the hospital to shut down in mid-August.

Three of its clinics are also closing, according to a hospital-wide memo sent by Interim Chief Executive Officer Gary Marchand.

He estimated that 20 full-time and 20 part-time staff members will be laid off as a result. The hospital already laid off 30 employees in May to offset losses incurred during the COVID-19 pandemic.

The hospital, which is jointly owned by Leflore County and the city of Greenwood, cited financial losses from the temporary shutdown last month and severe staffing shortages as the reason for the reduction in services. It is one of the largest employers in the area.

The 208-bed hospital suspended inpatient services on Aug. 16 after clogged manholes forced sewage into the crawl space below the hospital, causing patients to be transferred to other facilities and clinics to be shut down for three days. Hospital officials estimate this shutdown cost them $1.2 million in revenue.

After 12 of the hospital’s medical and surgical beds were reopened on Aug. 24, hospital officials said they were still conducting a financial analysis to determine if certain services remained viable. Thursday’s announcement shows they determined that many were not.

“… It became apparent that the revenue losses we incurred during the shut-down significantly impacted GLH’s plans to operate its services until a lease could be finalized … The estimated loss of revenue related to this event requires that we revise our previous plans,” Marchand said in the memo.

The hospital’s main goal, Marchand said, is to stay operational through the end of the year.

Marchand also announced that the hospital received a joint-operation proposal from the University of Mississippi Medical Center that could serve as a windfall for the hospital.

In an attempt to stay afloat, Greenwood Leflore officials are trying to renegotiate the prices they pay vendors for various supplies and services until the lease agreement with UMMC is finalized.

Marchand claimed that the ICU remaining closed is due to a lack of staff, saying the unit has less than half of the personnel it would need to operate safely. Current ICU employees will be allowed to fill vacant positions in other departments.

Marchand also cited a staffing shortage as the reason for the labor and delivery unit closure, saying the unit only has 15% of the staff it needs. However, a pregnant person who arrives at the hospital in active delivery will be stabilized in the hospital’s emergency department before being transferred to another hospital.

The primary driver of the hospital’s staffing shortage is the discontinuation of premium payments for part-time nurses. These nurses were not brought in through a staffing agency, as most contract nurses are, but instead signed in-house agreements that netted them $50-55 per hour, a much higher rate than the $24-$35 per hour rate paid to registered nurses employed full-time.

The hospital’s After Hours clinic will be closing and its providers will be consolidated into the emergency room’s Fast Track services, which Marchand said serves a similar function. Magnolia Medical and Ryan White, two of the hospital’s clinics that specialize in HIV treatment, are also closing due to low patient volumes.