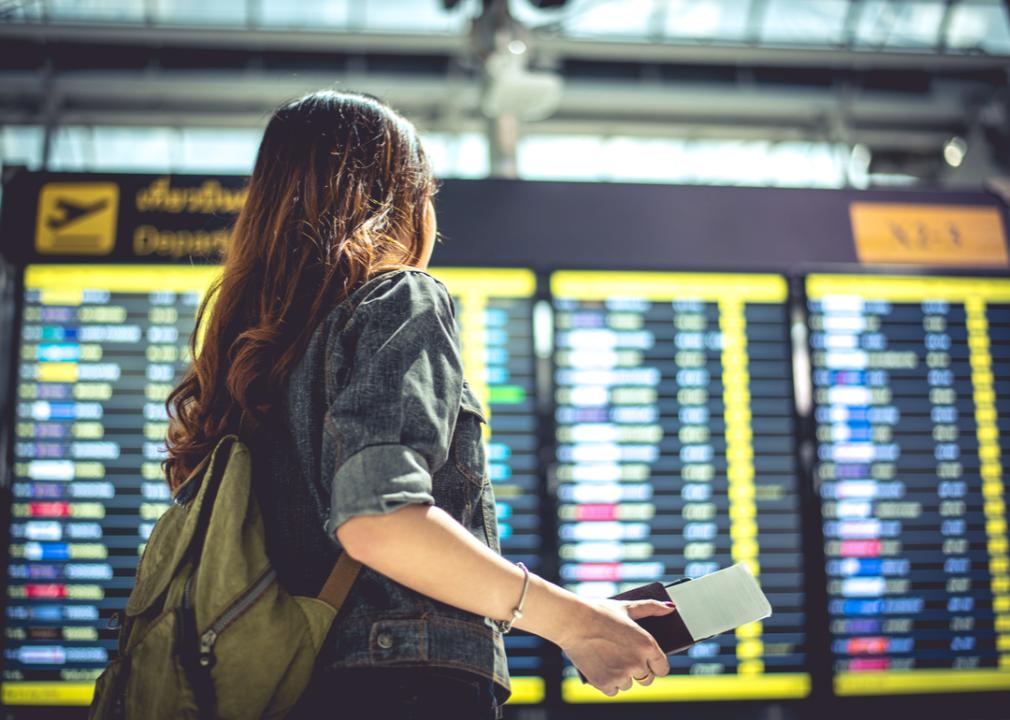 When you’ve already waited in line to check your luggage, waited to get through TSA screening, and then waited some more for overpriced coffee or bottled water, the last thing you want to do is wait even more for your plane to board and take off. The sad truth, however, is that air travel is a waiting game, especially if you fly with airlines or out of airports where delays are as commonplace as cramped onboard legroom and crying babies.

Stacker went through data from the U.S. Bureau of Transportation Statistics (BTS) to determine the percentage of delayed flights among all airlines. We looked at the most recent data available—reported by the airlines to the BTS from June 2021 to June 2022—and defined “delayed” as a flight that arrived at its destination at least 15 minutes after its scheduled arrival time. If two airlines had the same percentage of on-time flights, they share the same ranking. We also identified the most troublesome airport—the one with at least 100 flights during the reporting period and the highest percentage of delayed flights—for each airline.

Both mainline carriers and branded codeshare partners (airlines that only staff, maintain, and operate planes) were considered.

With the Labor Day weekend now upon us, fears over flight delays and cancellations threaten to cast a pall over what is otherwise a very popular air travel weekend. The U.S. Department of Transportation seems quite aware of such concerns and has established a Customer Service Dashboard to empower airline customers with information about what each respective airline will provide in the event of a flight disruption. This dashboard reflects very recent changes to most airlines’ policies regarding customer service plans for flights that are delayed or canceled because of the airline itself and is actively being monitored by the USDOT from a directive by the U.S. Secretary of Transportation.

While delays may yet be a necessary evil of air travel, the following may give you an idea of which airlines you can depend on for your holiday weekend plans and beyond.

You may also like: History of the supermarket industry in America 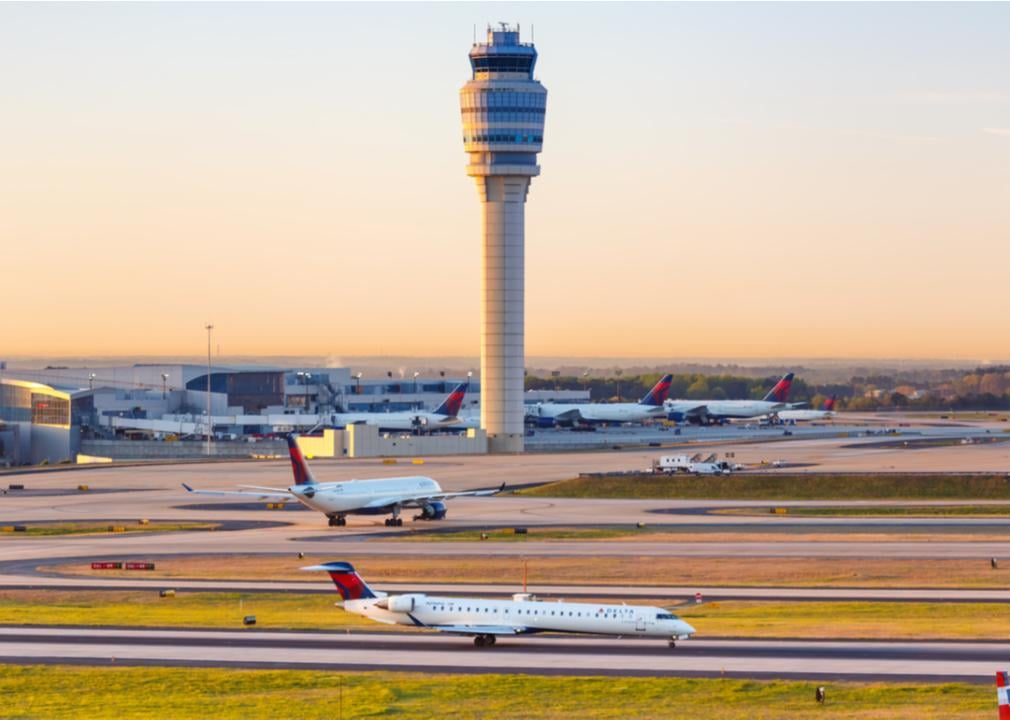 – On-time flights: 87.8%
– Airport with the most delayed flights: Dallas/Fort Worth, TX: Dallas Fort Worth International

Delta-owned Endeavor Air, which operates Delta Connection planes, may be under the radar. Still, it boasts the distinction of having fewer delayed flights than any U.S. carrier on our list.

Its excellent on-time status is probably due to the fact that it operates mainly from regional airports, which are subject to fewer delays due to lighter air traffic. But it also operates out of major airports, including hubs in New York City, Atlanta, Minneapolis, Detroit, and Cincinnati—and super-busy Orlando. Its 183 regional jets service 140 destinations in the U.S., Canada, and the Caribbean with 900 daily flights. 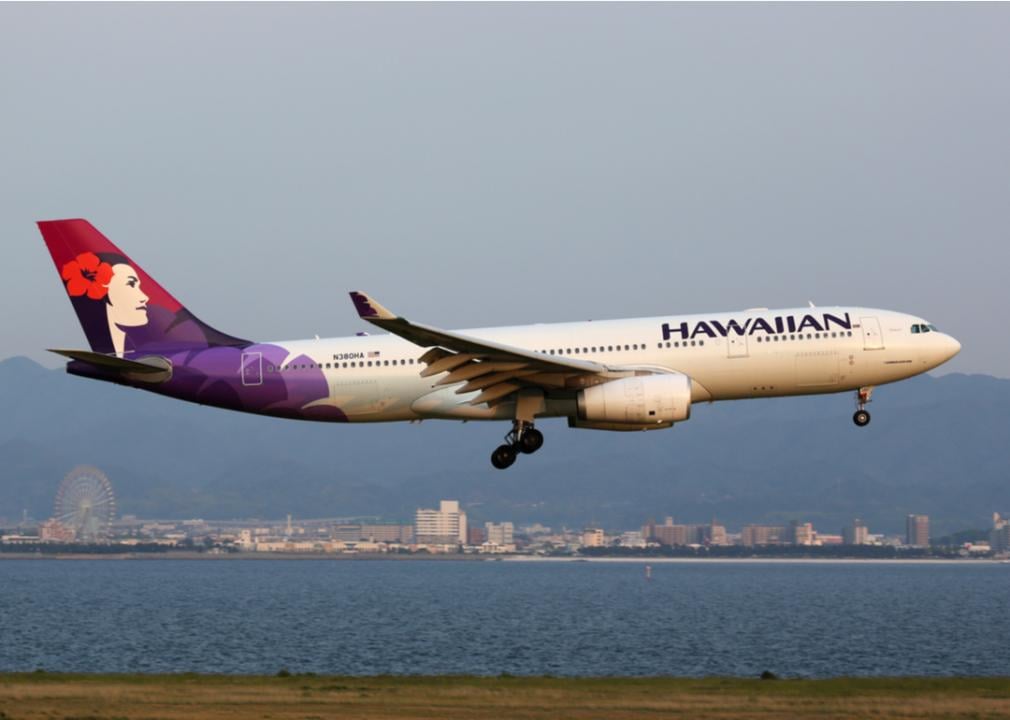 Because so many Hawaiian Airlines flights go to the 50th state, where weather delays are relatively rare, its on-time record is above average. Hawaiian, in fact, routinely tops on-time performance lists and receives the fewest complaints about cancellations, overbooking, and baggage-handling problems.

With the continual expansion of its routes since its launch in 1941, it now flies throughout the Pacific and the continental U.S.—even to Austin, where Hawaiian Airlines passengers endure the most delays. 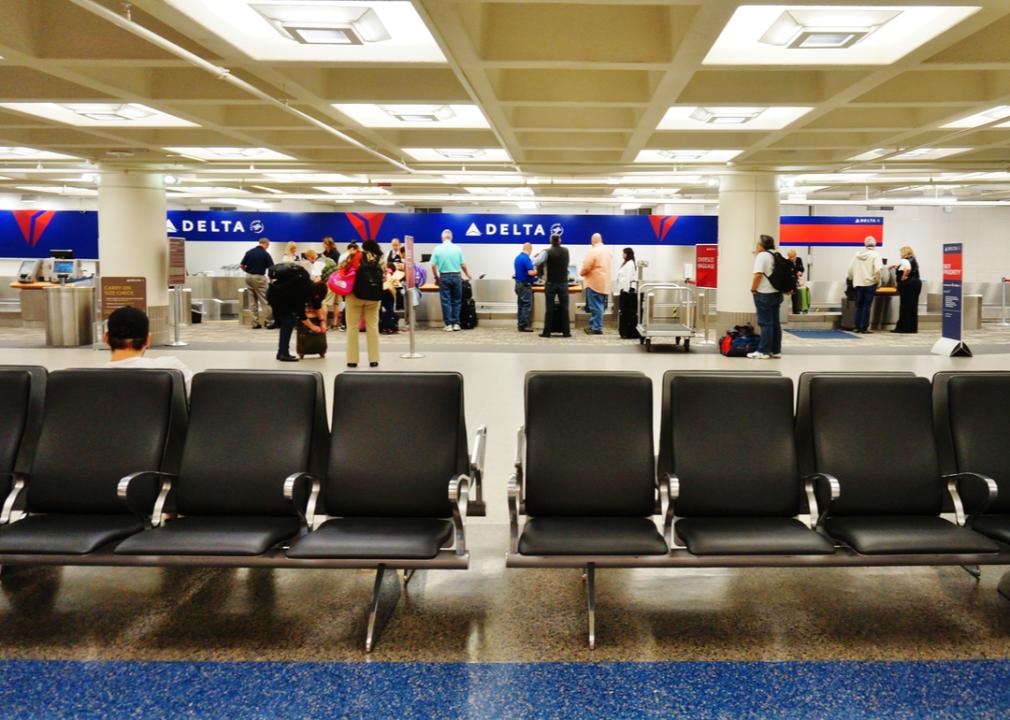 Delta is the only airline in the top eight on our list that ranks among the five largest U.S. airlines: second in passengers carried and miles flown, third in fleet size, and fifth in the number of routes and destinations. Infrequent delays represent one reason why Fodor ranks it as the #1 U.S. airline. Its flights to Burlington, VT are delayed most often. 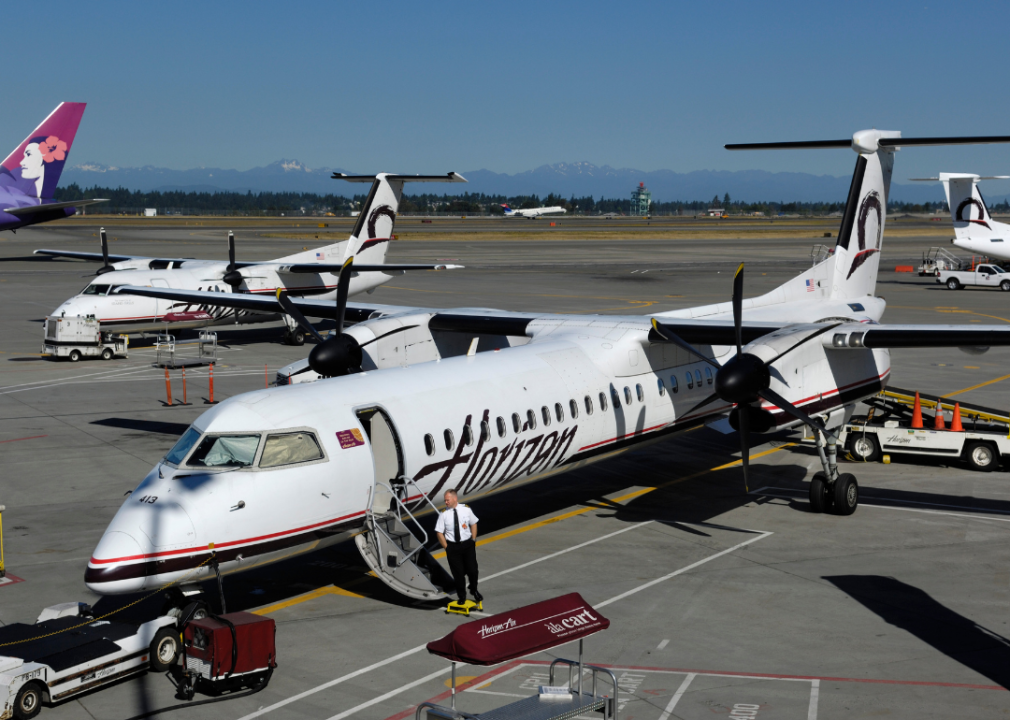 Horizon, Alaska Airlines’ regional carrier, serves dozens of destinations in the western U.S., Canada, and Mexico, with Milwaukee the only destination east of the Mississippi. The light air traffic in western outposts, such as Wichita, Kansas; Walla Walla, Washington; and Dillingham, Alaska, keep it on time most of the time. Horizon also flies to a handful of major western cities, which drags its stats down. Its hubs are Seattle, where it started out as a small regional carrier, and Portland, Oregon, while Salt Lake City is where you’re most likely to be delayed on a Horizon flight. 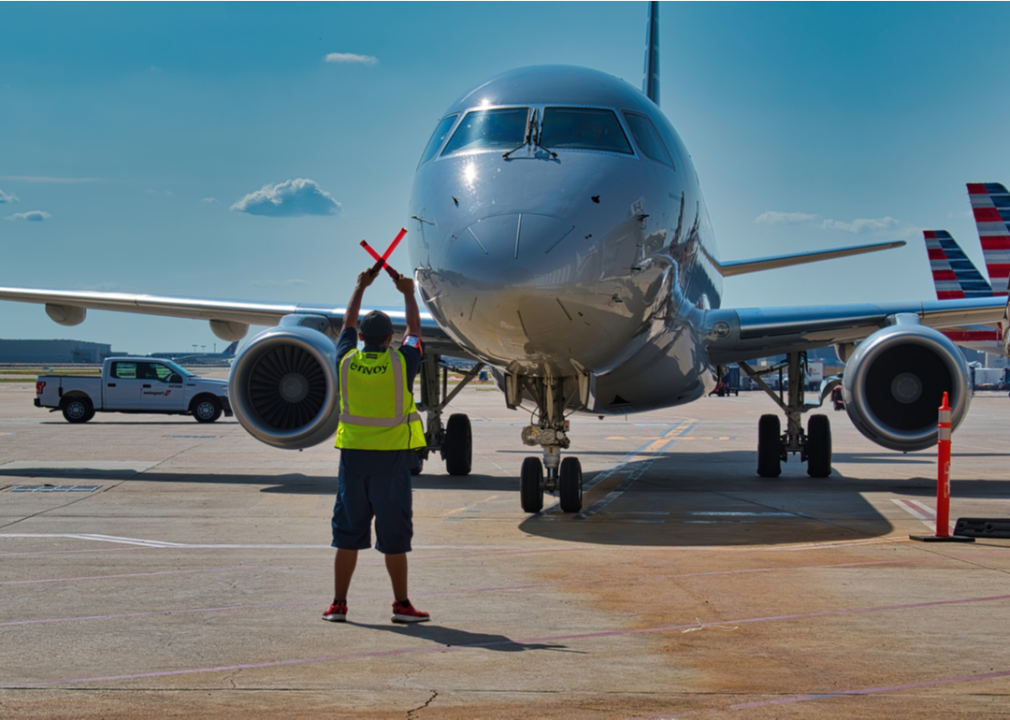 Envoy is an airline you’ve likely never heard of because they “only” staff, maintain, and operate American Eagle planes, while American Airlines handles the sales, marketing, and scheduling of flights.

Envoy flies primarily to smaller cities—more than 150 destinations throughout North and South America, making it American Airlines’ busiest regional partner. The snows of Manchester, NH, can be blamed for Envoy’s mediocre on-time percentage there. 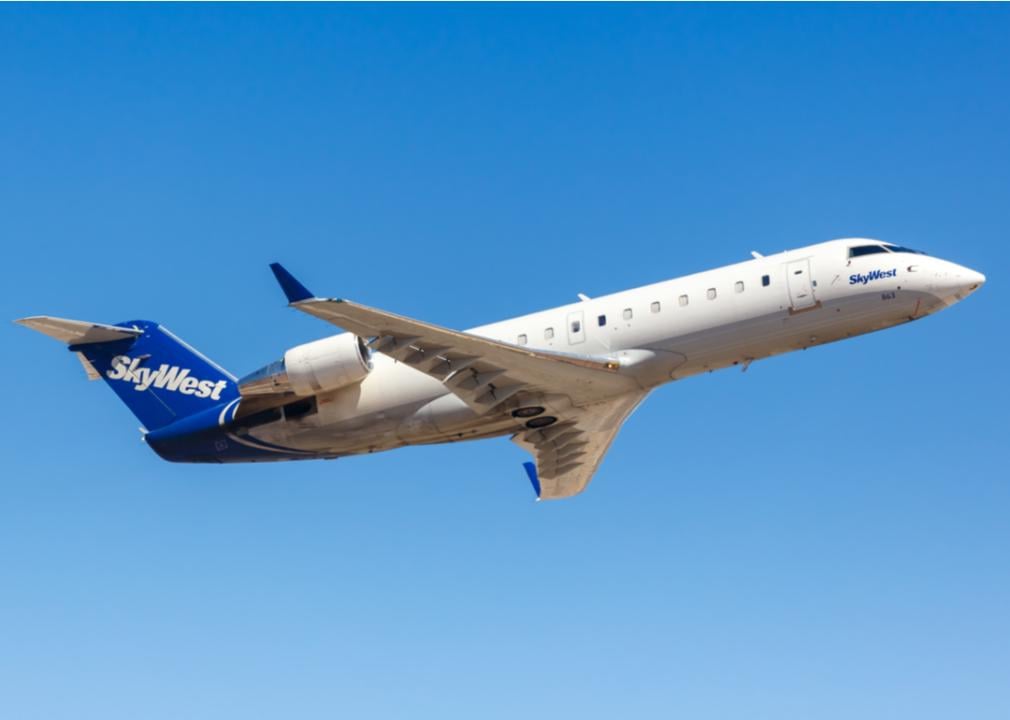 Because it serves so many masters—operating flights for American, Alaska, United, and Delta—SkyWest is the busiest regional airline in the U.S. The airline delayed more than 1,300 flights in October 2021 due to a server outage. 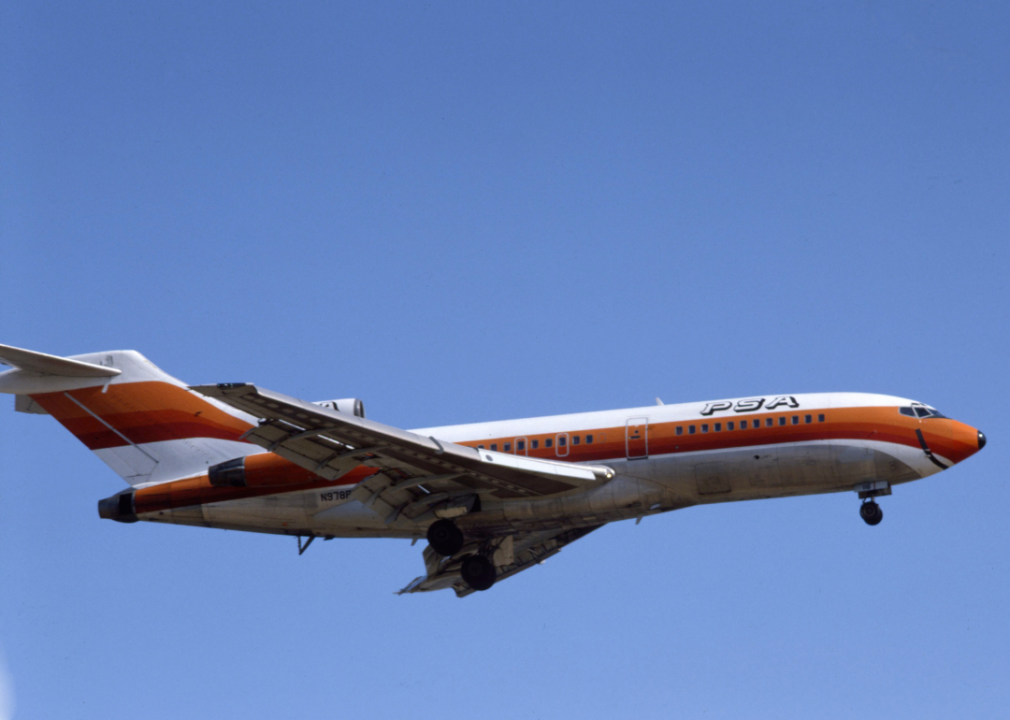 PSA operated for a few years in the 1990s as an independent airline but now operates planes exclusively on American Eagle regional routes. Almost all of its nearly 100 destinations are small cities in the eastern half of the U.S. This focus on smaller cities like Albany, NY—where winter weather delays make it the airline’s most problematic airport—generally keeps delays to a minimum. 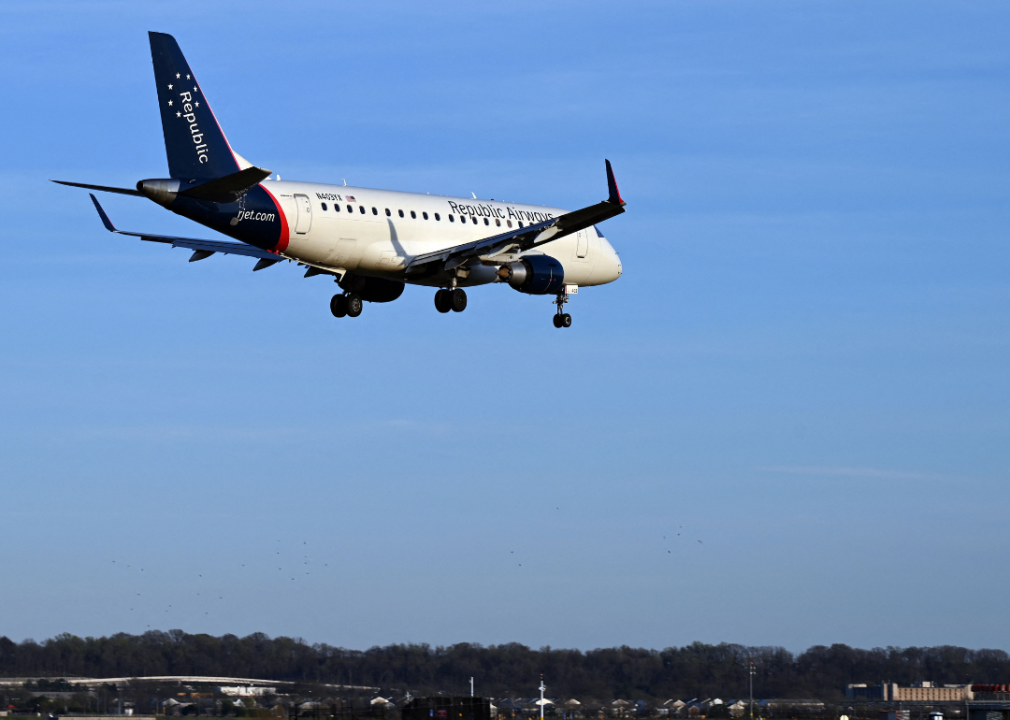 You know how some wineries produce wines from grapes purchased from growers in the next county—but the growers don’t get any credit when awards are handed out? You likely haven’t heard of Republic Airways.

The airline operates regional flights on behalf of United Express, American Eagle, and Delta Connection. Republic gets credit for its reasonable on-time percentage, even though the airline benefit from flying in and out of quiet airports like Bangor, Maine, and Lansing, Michigan—where snow and ice on the runways contribute to the frequency of delays.

You may also like: Major boycotts that changed history 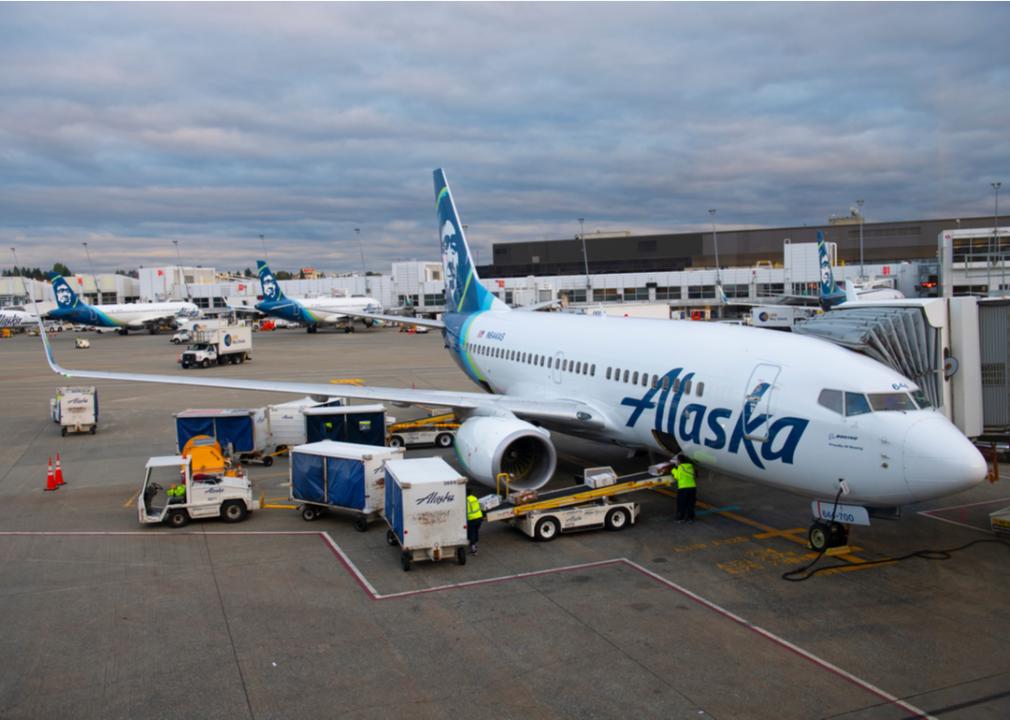 Alaska is nearly triple the size of Texas, leading many Alaskans to treat flying like most of us treat driving—although blizzards and icy runways can make flying there a challenge.

It’s safe to say that if an airline can make it in Alaska, it can make it anywhere, and Alaska Airlines has indeed “made it” as a major carrier throughout Canada, Mexico, and most of the other 49 states. True to its roots, Alaska still flies to tiny Adak Island (pop. 326), where frequent delays can be attributed to the Aleutian island’s fierce winds and 173 annual days of fog. 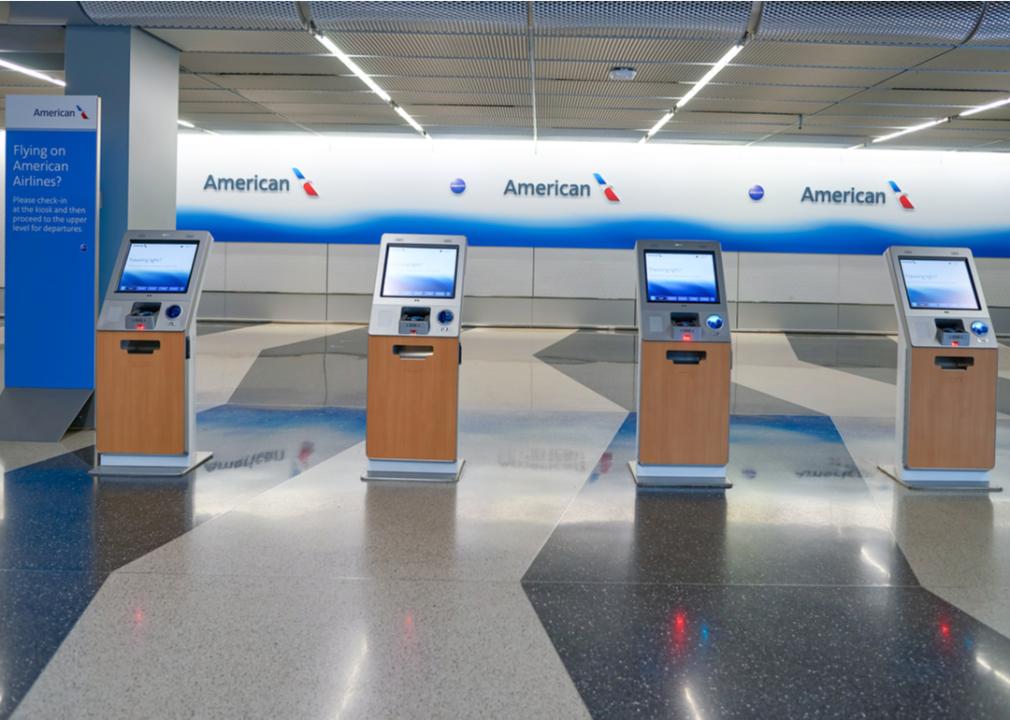 No U.S. airline transports more passengers than American. Its on-time performance isn’t terrible, but it’s lower than many other major carriers. Besides 230 U.S. destinations, the behemoth flies to 121 foreign destinations in 62 countries on every continent except Africa.

You may also like: 30 times history has tanked the stock market 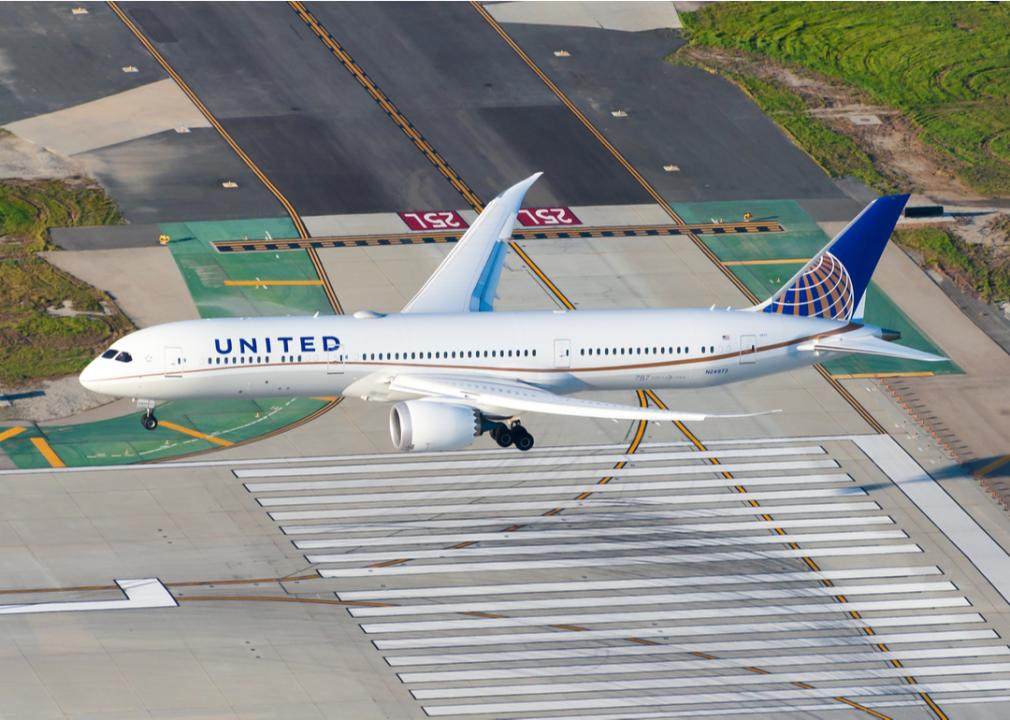 United paid a record $1.9 million fine last year for subjecting the passengers of 25 flights between 2015 and 2021 to lengthy tarmac delays. It slipped from an 85% on-time record (third-best among major U.S. airlines) in 2010 to just 75% in 2019 before rallying to its current 80.1%. Delays in the not-so-friendly United skies are most common in Aguadilla, Puerto Rico because it’s a popular beach getaway city with only one departure gate and a 1930s runway due to be replaced. 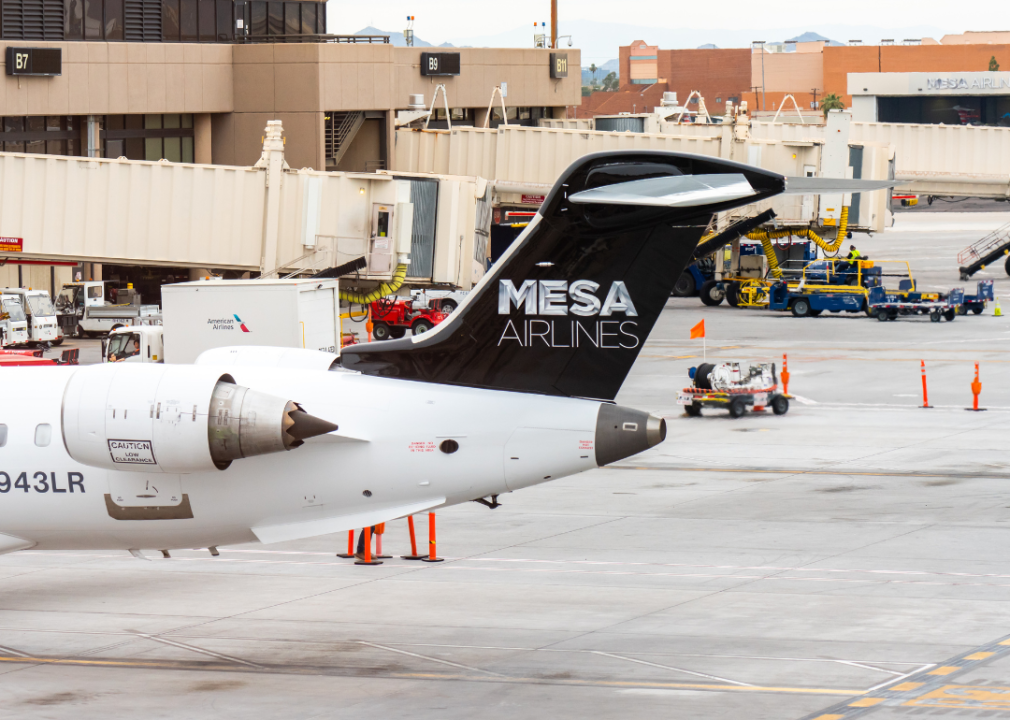 Mesa is a midsized airline that operates jets for American Eagle and United Express. It became America’s first regional airline to exclusively fly large jets in 2010, with most flights transporting passengers from small airports to six U.S. hub cities: Houston, Dallas, Phoenix, Cincinnati, Louisville, and Washington D.C. If you’re itching to leave Florida, though, you might need to cool your heels for a while as flight delays leaving Key West are common. 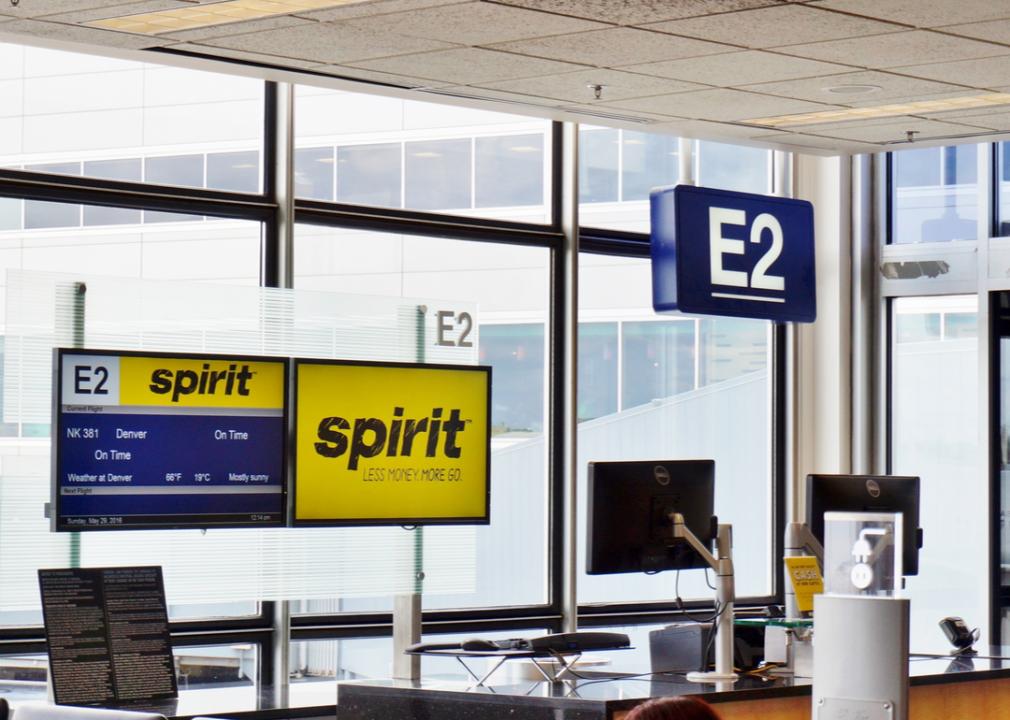 If Spirit played on a Little League team, it would be awarded the “most improved” trophy. In 2017, it was dead last (68%) among major U.S. airlines for on-time arrivals. Moving up to fifth-worst on our list isn’t bad, but there is still room for improvement. Spirit is America’s largest ultra-low-cost airline. While its expected merger with Frontier went belly up, it now remains in talks to absorb JetBlue. 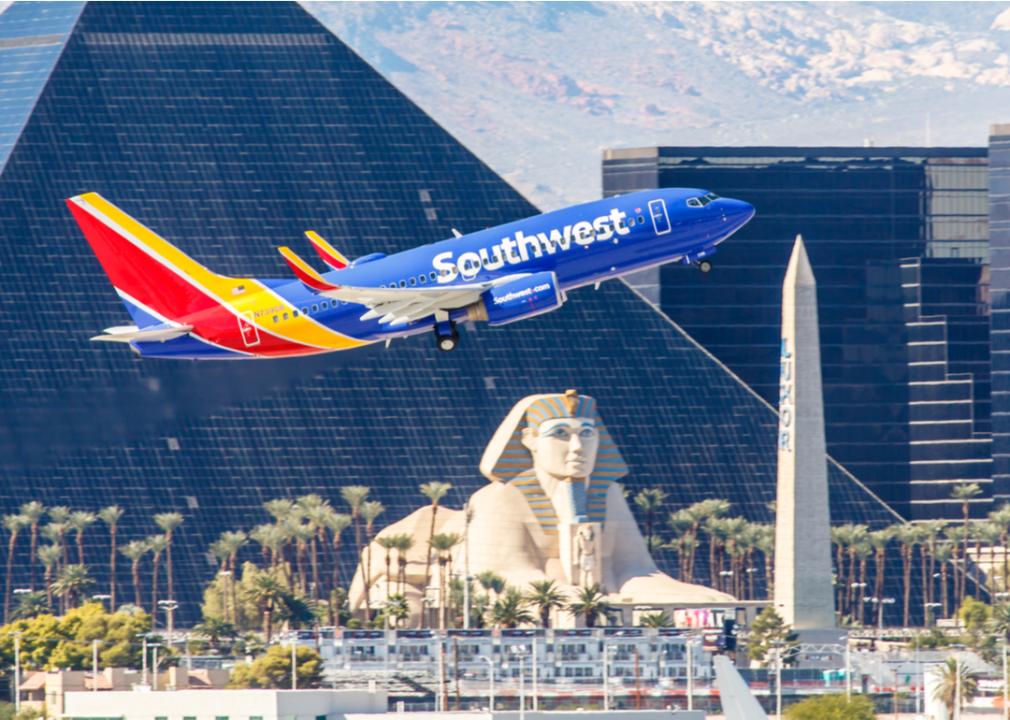 Southwest endeared itself to many loyal passengers with its flexible ticketing policy and free checked bags, but its propensity for delays nearly eclipses those benefits. And it does no worse anywhere in the world than at famously frustrating Chicago O’Hare, where delays are something of a regular occurrence due to snow, severe rain, staffing shortages, and simply too many flights on any given day. 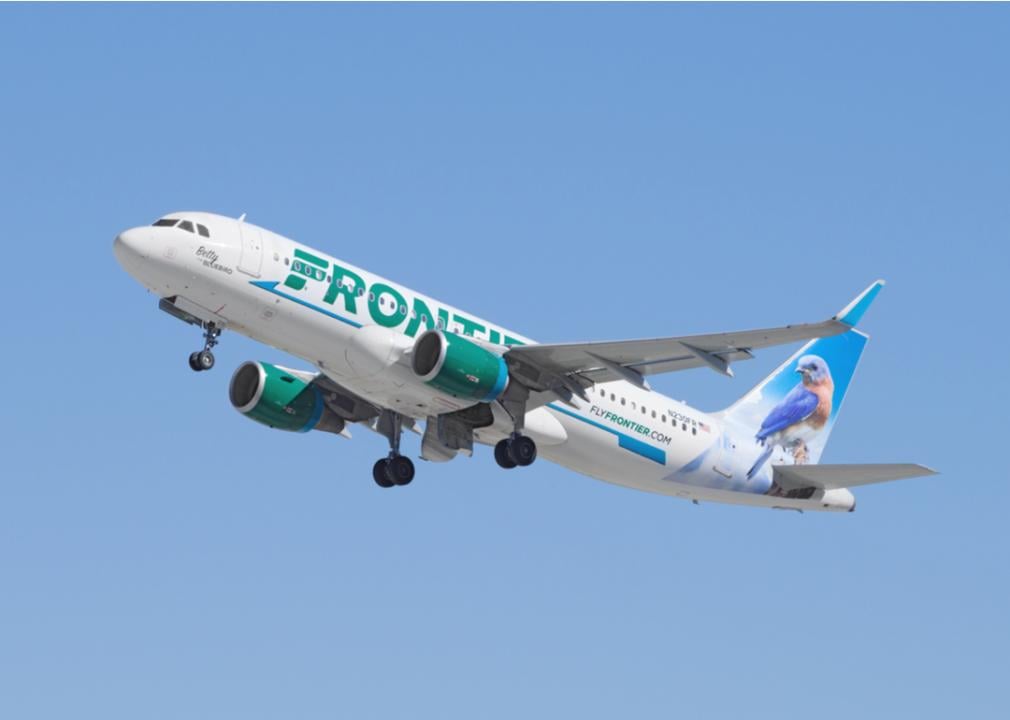 There’s one list that Frontier tops by a wide margin, but you won’t see it in any of the airline’s ads. It was #1 by far in the number of complaints per passenger between July 2020 and September 2021. Those complaints weren’t only about delays, but its on-time record is far from stellar, as you can see by its position in this ranking. Worst-case scenario: Your flight is delayed for hours while you’re stuck in Fort Lauderdale—the U.S. airport with the third-worst record for delays.

You may also like: History of gold and which countries have the most 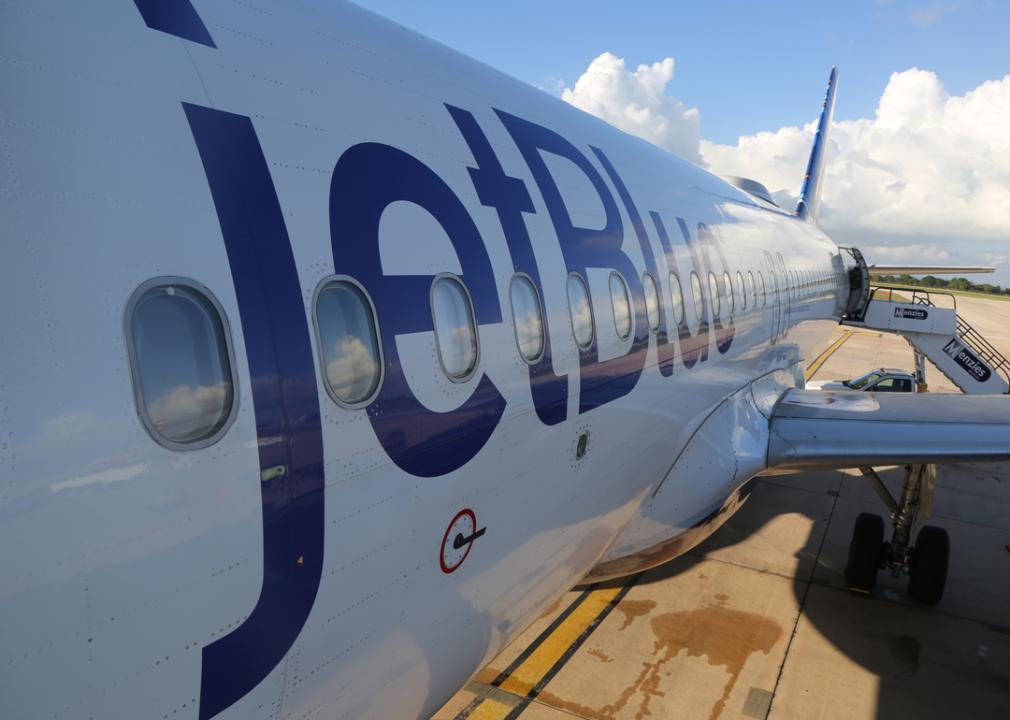 Maybe there’s a reason for the name. Too many JetBlue passengers sing the “Jet Blues” while waiting, sometimes for hours, at their boarding gates. The budget airline flies to more than 100 destinations throughout the Americas (as well as to London). Its on-time record is hurt by flying mostly to major cities with high air-traffic volume, but most of the major airlines do, too—and they have better on-time stats, which led the Wall Street Journal to declare JetBlue the worst airline in the U.S. 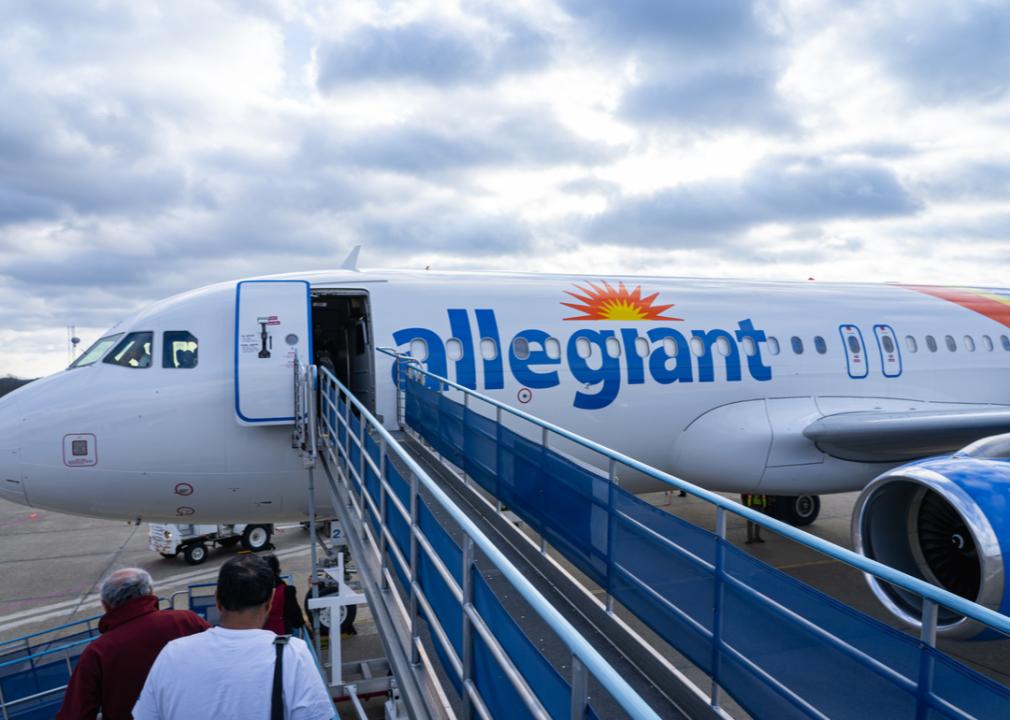 If a baseball team wins 66% of its games, it’s likely post-season-worthy. But if an airline is only on time 66% of the time, it’s … well, it’s Allegiant, which has a well-deserved reputation for delays and other problems (including a questionable safety record as revealed in a “60 Minutes” segment). In its defense, it’s an ultra-low-cost airline, so you’re essentially paying for the strong possibility that your flight won’t leave on time. On the bright side, if you’re in Punta Gorda, where delays are most common, you might have time to hit the sand for some extra tanning.

You may also like: History of oil in America