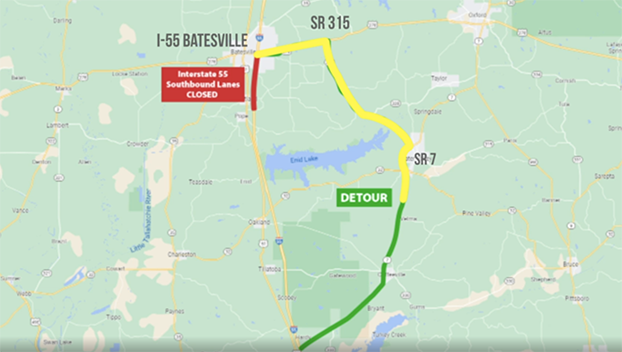 Football fans traveling to Oxford and to Memphis will likely face travel delays because of an interstate closure Saturday.

MDOT officials report that Interstate 55 southbound from the Batesville Exit to the Pope Courtland Exit will be closed because of emergency bridge repair work.

MDOT Public Information Officer David Kenney said in a video Friday that crews will be doing beam replacement work that will require the portion of the interstate around the bridge to be shut down.

Kenny said work is being done on a weekend is to prevent the impact on 18-wheelers and other commutes of traffic and that officials hope the impact on football fans will be minimal.