‘This could have been any of us’: Natchez women ‘finish Liza’s run’ in tribute to murdered Memphis runner 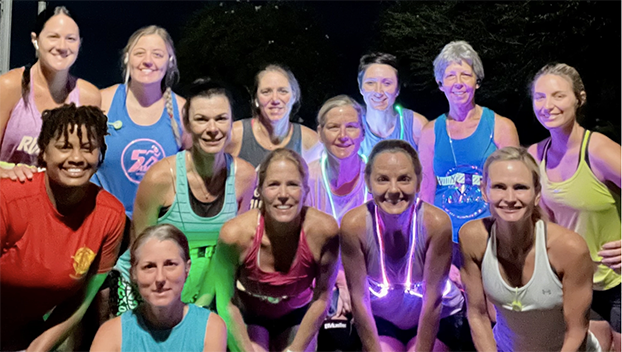 The memorial run came a week after the abduction and killing of 34-year-old Eliza Fletcher while she ran near the University of Memphis.

“This really resonated with us,” said Mallary Mize, who coordinates the 5 a.m. runners’ group. “This could have been any of us … and actually, it was one of us a couple of years ago.”

Mize was referring to a Natchez woman in her mid-30s who was jogging in the neighborhood near Edgewood Road and Oakland Lane early one morning in 2021 when she was abducted and beaten with a pistol. She was able to escape her abductor, who was indicted for kidnapping and attempted murder.

Mize said she and many of the runners related to Fletcher.

“I’m actually from near Jackson, Tennessee, and while I didn’t know Liza personally, I have friends who went to college with her,” Mize said. “I’m 36; she was 24. She has two children; I have two children … for something like to this to happen, it’s very sobering.”

Mize said the local running group, which has grown in the past two years from seven members to more than 20, wanted to join the grassroots campaign to “finish Liza’s run” as a way to mourn and to show solidarity.

Because Fletcher had reportedly been training for the 2023 Boston Marathon, she was in the middle of a “long run” when she was abducted. In order to complete the long run, the Natchez runners ran 5, 8 or 10 miles, Mize said.

“This morning was hard, I’m not going to lie,” she said. “I struggled for a while. At one point, I looked at my watch and thought ‘OK, you can just stop and walk.’ Then I thought, ‘She didn’t get to do that … she didn’t get to finish. You can do this for her.’”

Mize said the 5 a.m. running group, which is comprised solely of women, already had a heightened sense of awareness after the 2021 abduction of their friend. “We’re still in high alert,” she said, adding that security and safety are an ongoing focus of the running group.

“Yes, it has made us all more aware, but you can’t live your life every day in fear, or that will lessen your quality of life,” Mize said. “We’ve got to show our younger generation that they can do things like this, but they have to do it safely. You don’t have to live in fear.”