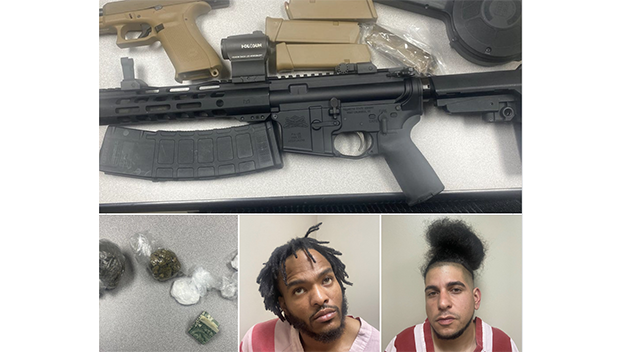 On Thursday afternoon Sept. 8, 2022, deputies with the Rankin County Sheriff’s Office Criminal Interdiction Team made a traffic stop on a Mercedes Benz passenger car on Interstate 20 for a traffic violation.

During a roadside interview, the deputy became suspicious of the discrepancies in the driver and passengers stories.

During a consensual vehicle search, the deputy discovered approximately 59 doses of OxyContin and 2 ½ grams of cocaine.

Deputies also located a rifle, pistol and ammunition in the passenger area of the vehicle.

Both the driver and the passenger were placed under arrest. A check of the weapons revealed that the rifle was stolen out of North Carolina and the driver was a convicted felon.