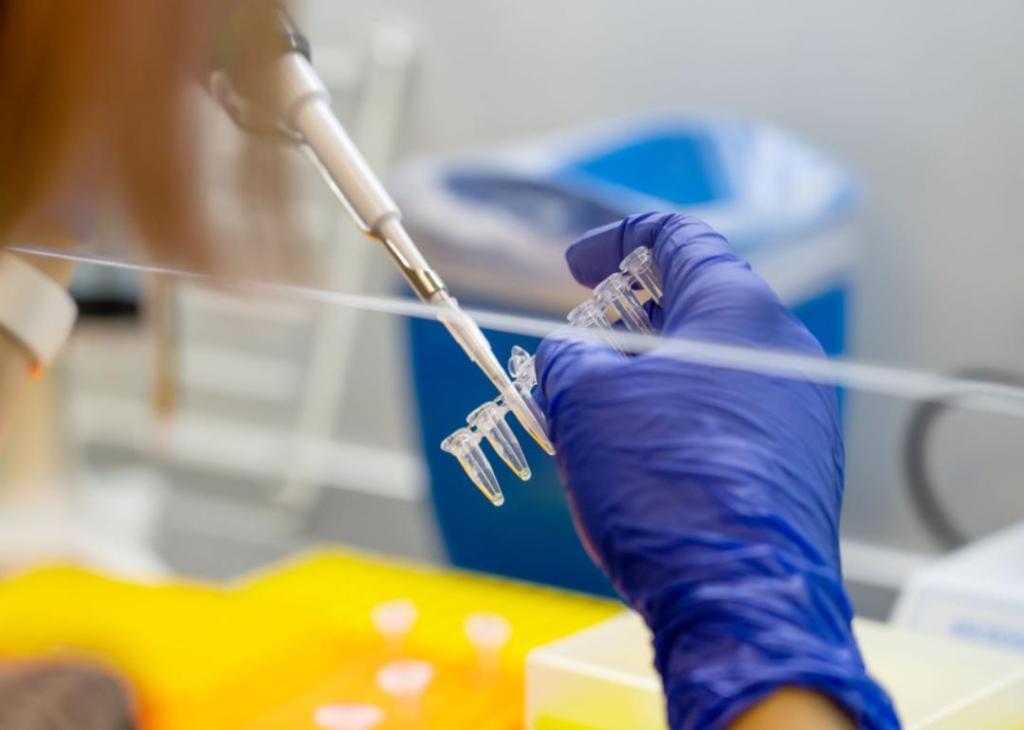 As is the case with most widely discussed scientific topics, misinformation on the monkeypox virus has run rampant. Rumors abound across the board, ranging from labeling monkeypox as a “gay disease” to claims that the disease is a secret bioweapon.

When the news changes so quickly and new information is available on a daily basis, the truth can feel elusive; however, taking the time to find the most up-to-date, factual information is both important and empowering. Some of the best ways to combat misinformation include seeking additional primary sources that don’t rely on the first source you encounter, looking for opinionated statements hidden among “facts,” being diligent in avoiding confirmation bias—the tendency to seek out information that supports what you already believe to be true—and following a story for multiple days to allow the narrative to develop.

Stacker compiled a list of myths about monkeypox and investigated their viability using news, scientific, and government reports.

Additional places to find reliable, science-based information include the Centers for Disease Control and Prevention, the World Health Organization, the U.S. Food and Drug Administration, the U.S. Department of Health and Human Services, and the American Medical Association.

You may also like: Most and least healthy states in America 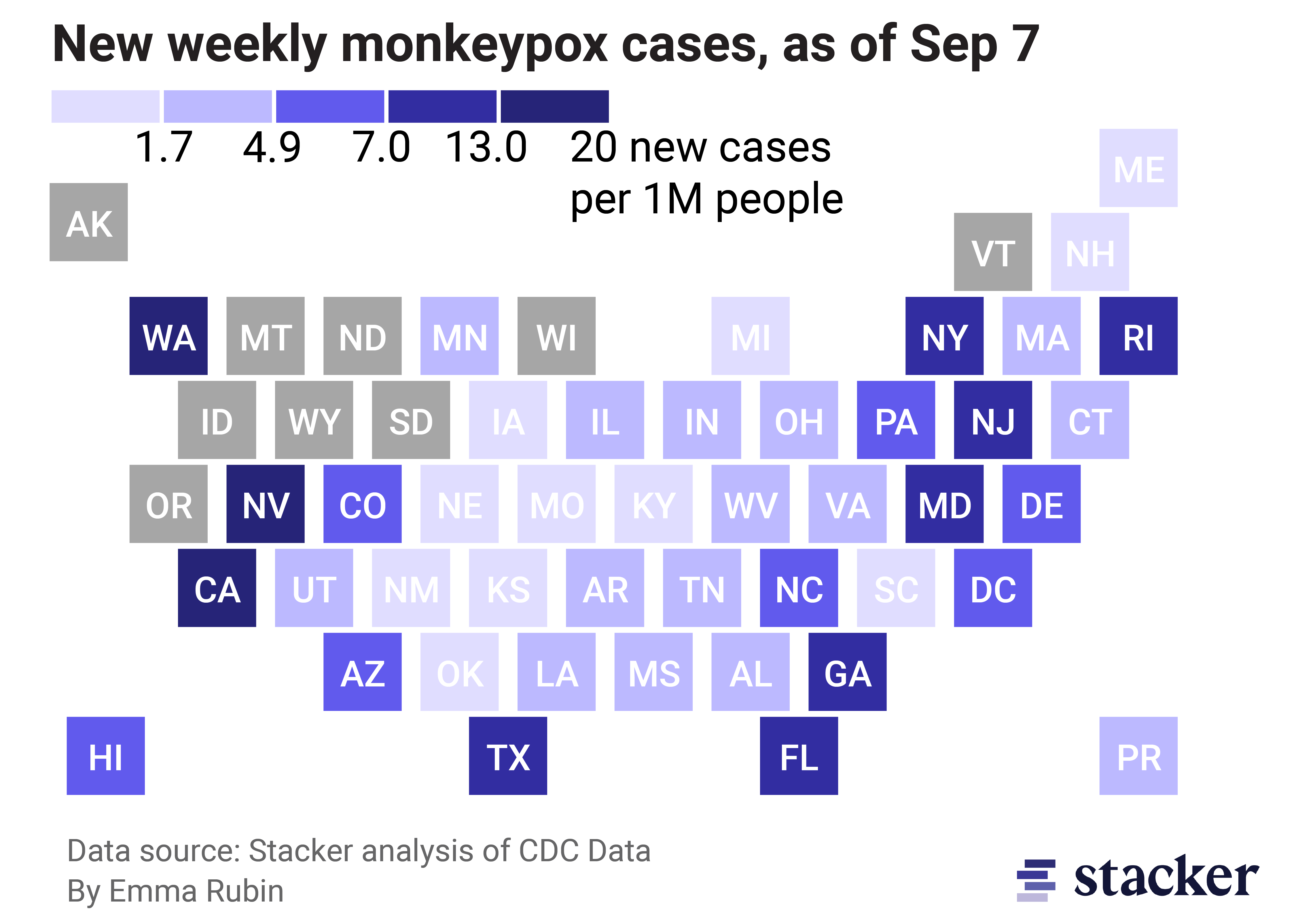 Myth: The monkeypox outbreak isn’t widespread and won’t affect me

All states and Washington D.C. have recorded at least one case of monkeypox since early July 2022. Wyoming announced its first case on Aug. 22, 2022, making it the last state to do so. California currently has the most confirmed cases overall at 4,140 as of Sept. 7, 2022.

Though not every city, state, or region is a hot spot, the disease has spread across the country, and the CDC has released guidance to help people protect themselves and others in public and shared spaces. Anyone can contract monkeypox, so taking the recommended precautions for your own health is the best defense against illness. 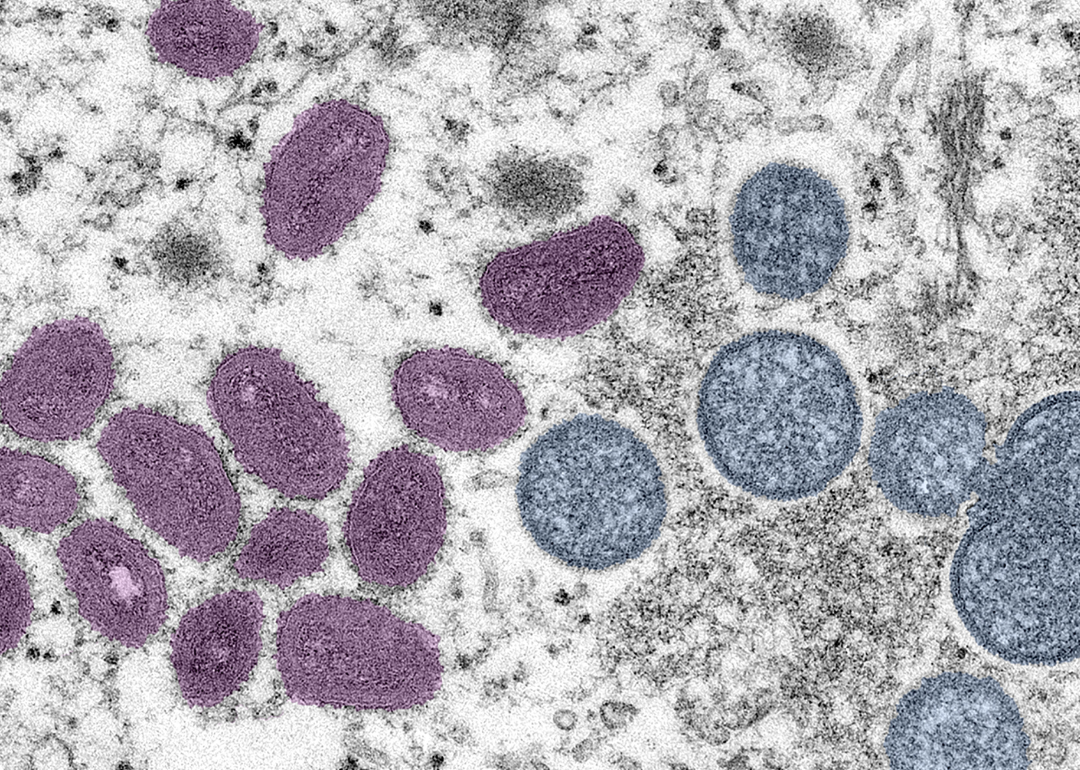 Myth: Monkeypox is a new disease

The monkeypox virus was identified in humans for the first time in 1970, according to the WHO. A 9-month-old boy contracted monkeypox in a rural area of the Democratic Republic of Congo, where smallpox had already been eliminated for two years. Since then, two large outbreaks have occurred in Africa in 1996-1997 and 2017, and the virus has been detected across 11 African countries.

Outside of Africa, the first known monkeypox case was in 2003 in the U.S. That case was traced back to a pet prairie dog that had been infected, leading to more than 70 human infections. Additional countries that have experienced monkeypox outbreaks outside of Africa are Israel in 2018, Singapore in 2019, and the U.K. throughout 2018-2022. 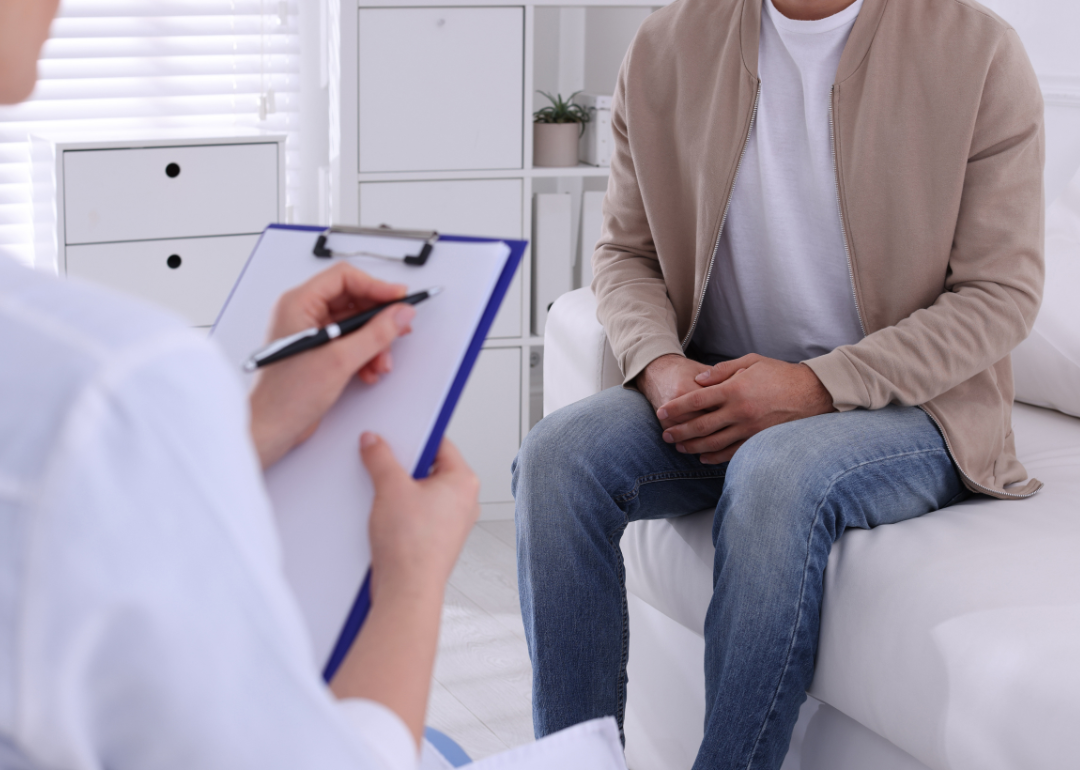 Myth: Monkeypox is an STI

Though two people who engage in sexual contact may spread the monkeypox virus to each other if one is already infected due to being in close skin-to-skin contact, monkeypox is “not a sexually transmitted disease in the classic sense,” according to Northwestern Medicine infectious diseases expert Dr. Robert L. Murphy. Murphy states that because monkeypox is not spread via sex-related fluids like semen, it cannot be called a sexually transmitted infection. However, engaging in close physical contact with another person is one of the ways that monkeypox can spread, which is why it can appear to spread similarly to some STIs.

Other experts warn that the misinformation about monkeypox being an STI could make people feel like it won’t impact them if they have a committed partner or don’t have sex, which is not the case. Labeling monkeypox as an STI also has experts worried that people with symptoms will feel ashamed and not report their infection due to stigma, helping the disease spread further. 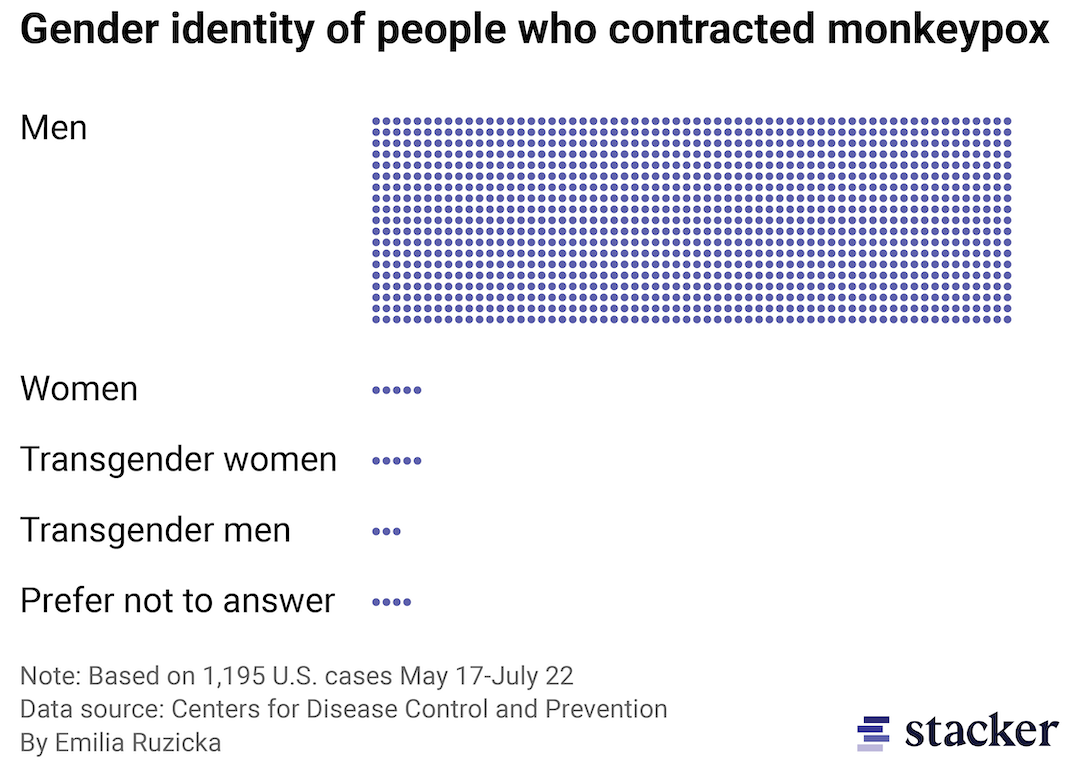 According to a CDC study, “[a]mong U.S. monkeypox cases with available data, 99% occurred in men, 94% of whom reported recent male-to-male sexual or close intimate contact.” While monkeypox is currently disproportionately affecting the LGBTQ+ community, anyone can get it regardless of age, gender, or sexual orientation. Currently, the virus is primarily spreading among men who engage in sexual activity with other men because the community is more insular resulting in more frequent contact, not because of their sexual orientation or practices.

Current conversations about monkeypox are reminiscent of the stigmatization of HIV patients in the late 20th century. This misinformation could result in decreased access to resources in communities that need it the most and increased stigmatization of and hate towards members of the LGBTQ+ community. 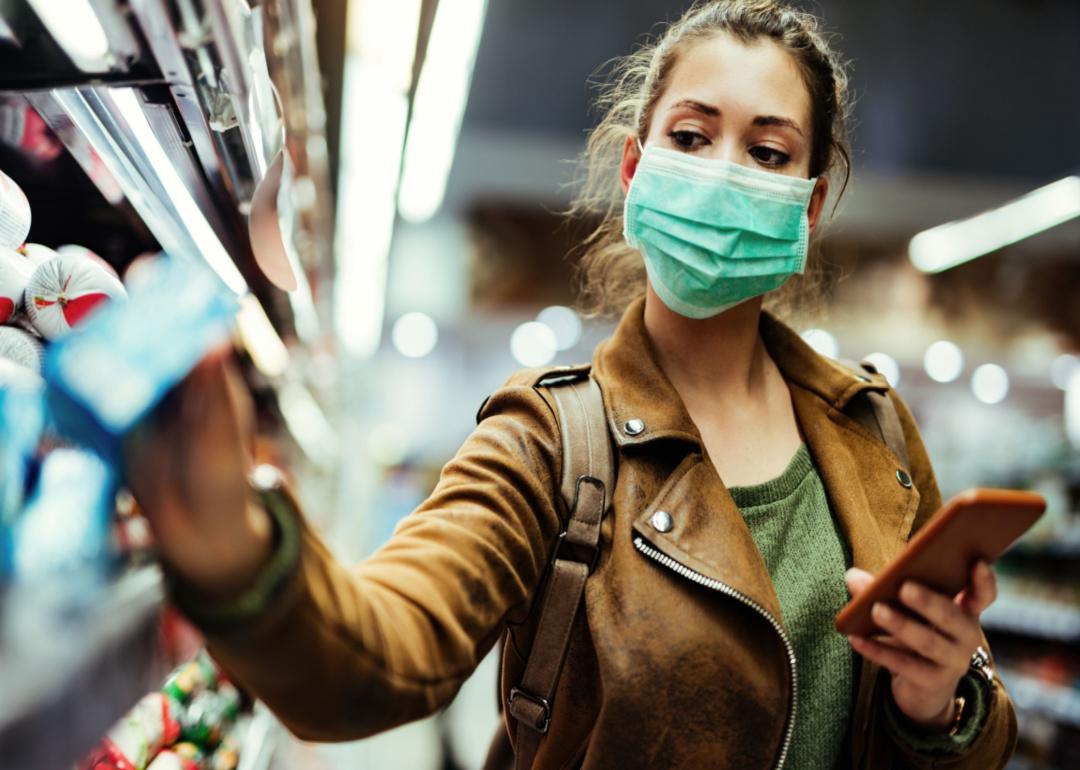 Throughout the COVID-19 pandemic, wearing masks and other facial coverings became common because the coronavirus is primarily transmitted through respiratory droplets in the air. Essentially, the tiny virus particles attach themselves to small drops of water or other material and travel through the air from one person to another.

In contrast, the monkeypox virus primarily spreads through extended direct contact with another infected person. The rash, scabs, and body fluid that are the hallmarks of monkeypox are especially adept at spreading infection. If such fluids or other body matter infected with the virus are left on surfaces, those surfaces can also spread the infection if a person spends a prolonged period of time in contact with them. 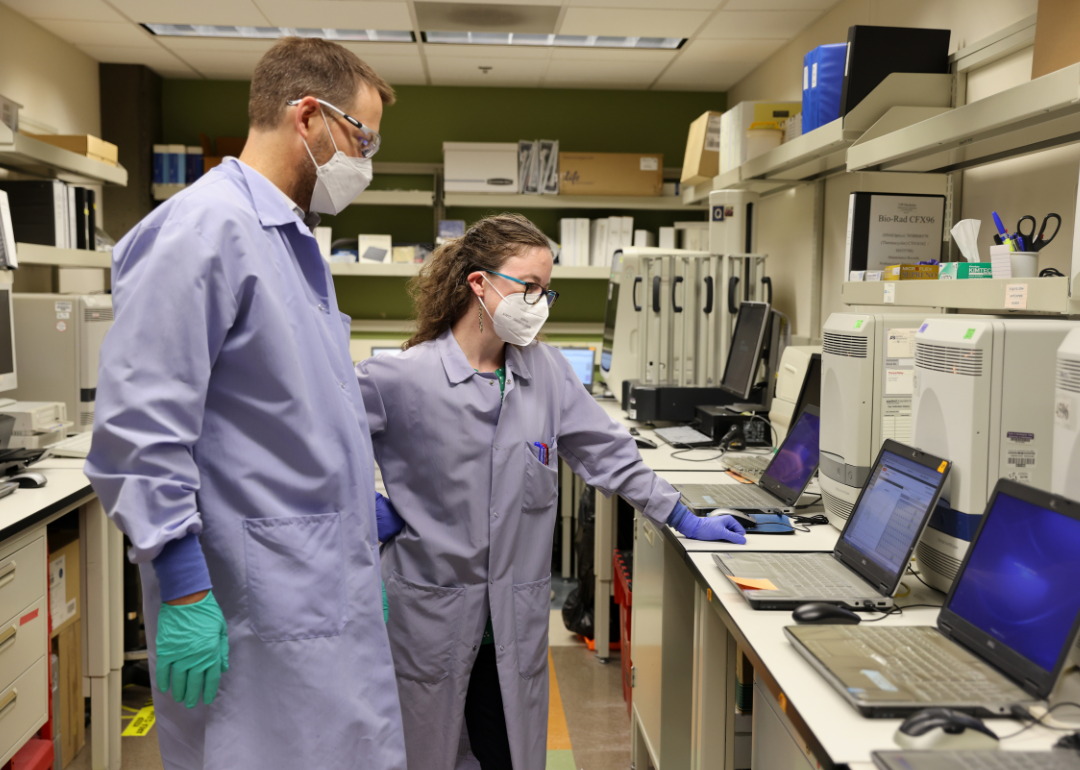 Despite the fact that monkeypox did not infect humans until 1970, the virus was first discovered in a group of primates in 1958, which prompted scientists to name the disease “monkeypox.” However, just because primates can be carriers of monkeypox does not mean that the current outbreak or any historical outbreaks were directly caused by primate-to-human transmission.

According to the CDC, monkeypox can be carried by a “wide range of mammal species, including monkeys, anteaters, hedgehogs, prairie dogs, squirrels, shrews, and dogs.” The species of the original disease carrier for the current outbreak in the U.S. is unknown. There has been at least one instance of monkeypox transmission from humans to a dog, so the CDC recommends that infected individuals avoid contact with their pets. 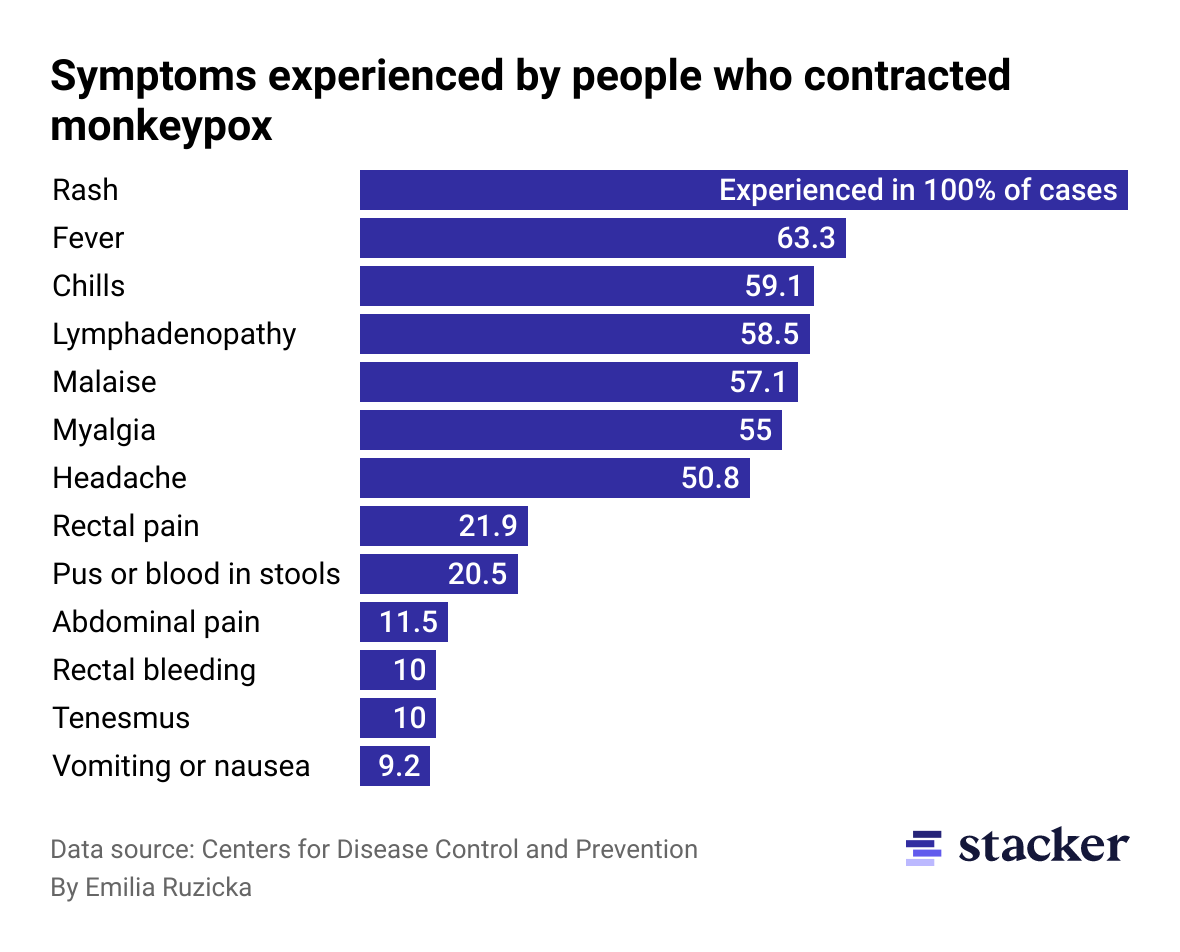 Myth: Monkeypox is a mild disease

Because diseases with high death rates have been at the forefront during the COVID-19 pandemic, monkeypox can seem low-stakes in comparison. On Aug. 30, 2022, the first death by a presumed positive monkeypox case was recorded in Texas. Historically, the case fatality ratio has typically been 3-6%.

However, just because a disease is typically less than fatal does not mean precautions should be ignored. Common monkeypox symptoms include rash, fever, and swollen lymph nodes, and symptoms typically last 2-4 weeks. The rashes, or “pox,” caused by the virus can be incredibly painful and leave permanent scarring. 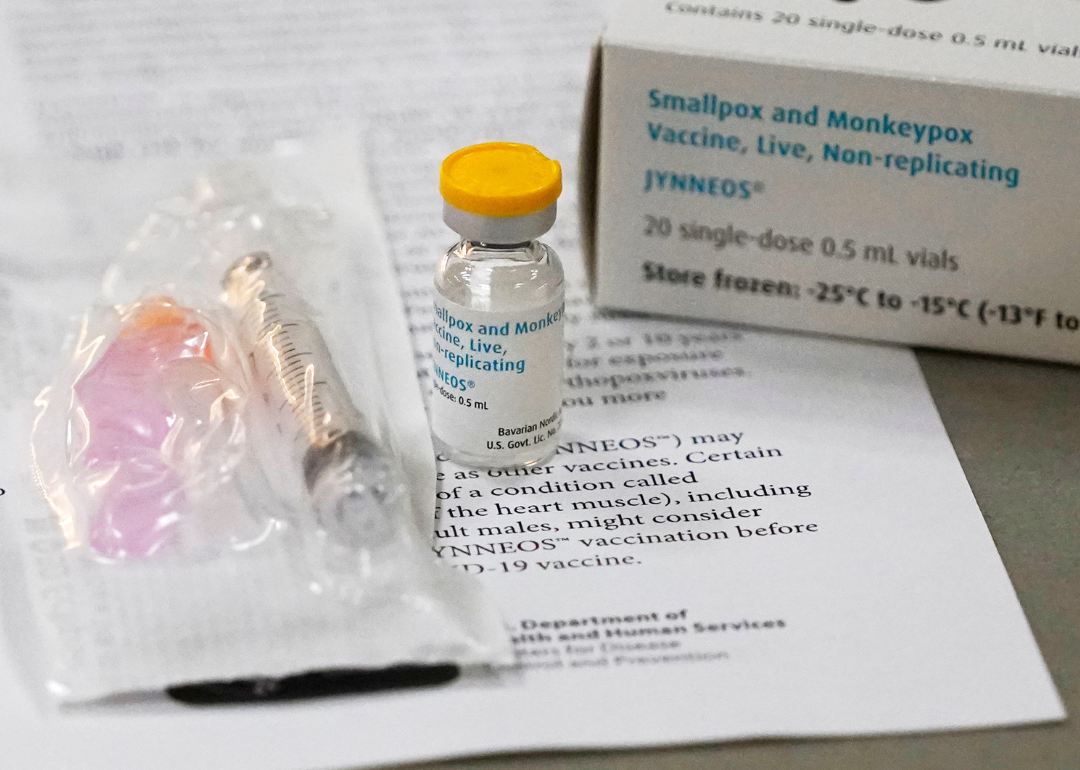 Myth: The monkeypox vaccine is new and unresearched

The Jynneos vaccine is currently the only FDA-approved vaccine to protect against monkeypox. It requires two doses, four weeks apart, for the best protection. It was originally developed to protect against smallpox but has been updated to better fight the monkeypox virus.

According to experts, the monkeypox and smallpox viruses share about 85% of their genetic material. As a result, people who received the smallpox vaccine before it was no longer required in the U.S. in 1972 may have slightly increased immunity. The CDC states that the smallpox vaccine is most effective at preventing smallpox infection within 3-5 years after vaccination, so there may be a similar effect for monkeypox.

You may also like: Medical information to have ready in case of emergency 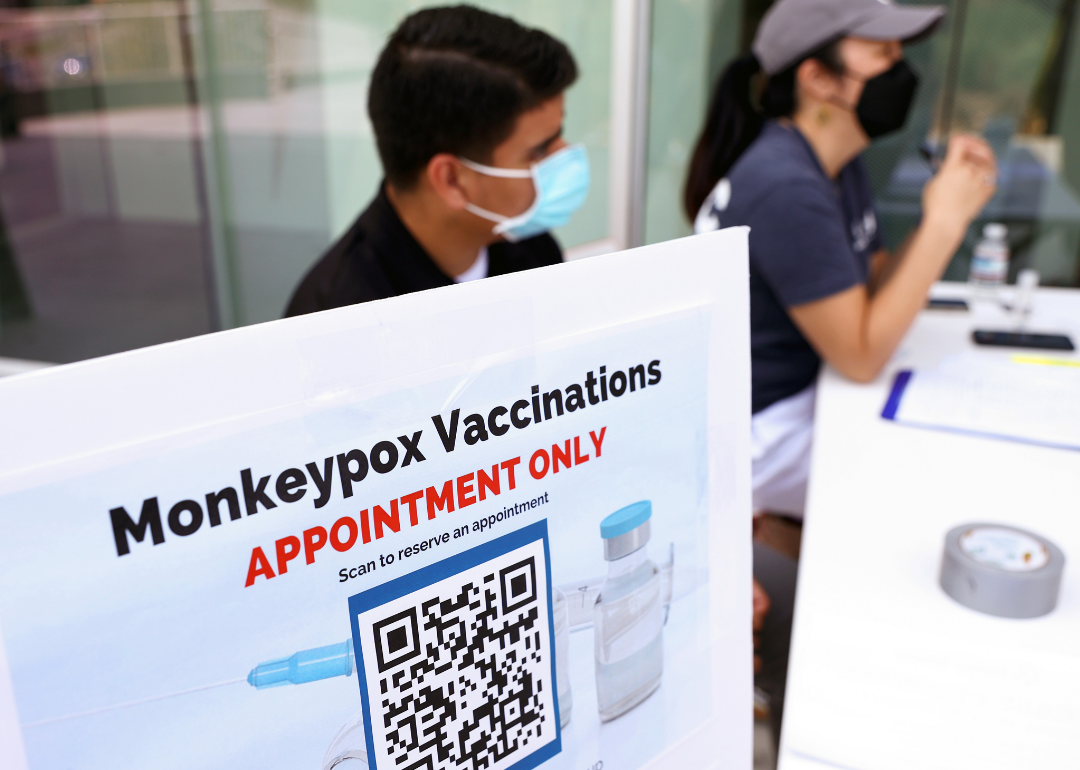 Myth: The monkeypox vaccine is available and anyone can get it

The CDC recommends those who “have been exposed to monkeypox and people who may be more likely to get monkeypox” get vaccinated, including those who have been identified as close contacts of someone with a monkeypox infection. Further information on what experts know—and what they, as yet, do not know—about the disease is summarized here.