Mississippi man arrested after he reportedly breaks into house twice — one time assaulting victim with knife, lamp base 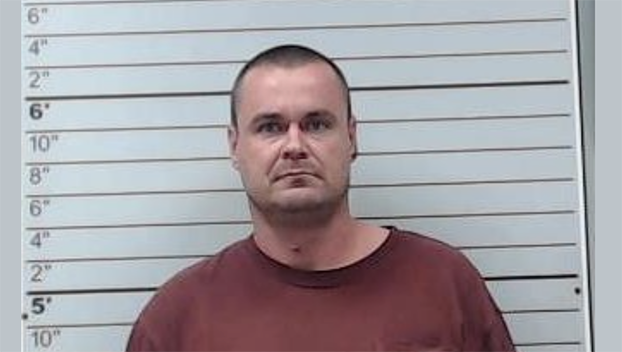 A Mississippi man has been arrested after he reportedly broke into a Mississippi residence two times — one time kicking in the back door and assaulting a victim inside with a knife and lamp base.

Lee County Sheriff’s deputies arrested Jedidiah Gasaway, 36, of Tupelo, and charged him with Burglary of a Dwelling and Aggravated Assault.

On Sept. 7, Lee County deputies responded to a call at a residence on Hwy 178 (in the Skyline Community) concerning a white male breaking into someone’s house and hitting him in the face. Deputies responded, but the suspect had already left the scene. Deputies were unable to locate the suspect.

Later that night, deputies were dispatched back to the same residence because the suspect came back to this residence, kicked in the back door, and physically assaulted the victim with a knife and lamp base.
The victim was transported by ambulance to the North Mississippi Medical Center.
The suspect was identified as Gasaway. Once Deputies finished processing the scene and retrieving statements from the witnesses, they went to the suspect’s residence where Gasaway was taken into custody without incident.
Judge Chuck Hopkins issued the suspect a bond of $50,000