Police:Mississippi trucker dies while trying to jump from tractor-trailer with mechanical problems 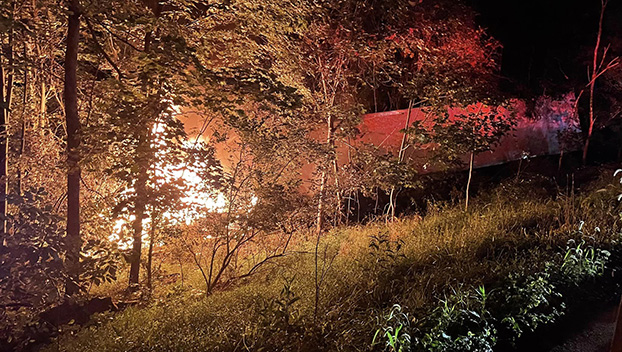 A Mississippi man died on a Pennsylvania highway after he reportedly tried to jump from a moving 18-wheeler that was experiencing mechanical problems.

WJAC-TV in Johnstown, Pennsylvania reports that the incident happened in Route 160 in Wellersburg, Pennsylvania.

Preliminary investigations indicate that Johnson decided to jump out of the vehicle he was driving when the tractor-trailer suffered an issue with its braking system. Johnson died from injuries he suffered after jumping from the 18-wheeler.

The tractor-trailer continued to travel off the roadway where it struck several trees and burst into flames, police report.

Route 160 was closed for 18 hours as crews worked to remove the vehicle from the scene.