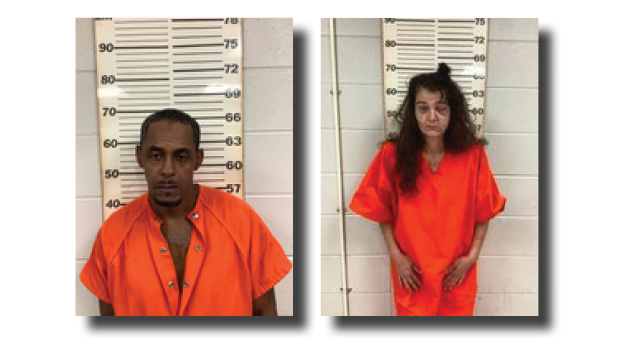 Investigators were dispatched to an area in the Progress Community. Contact was made with a vehicle matching the description used in the burglary in St. Tammany. The vehicle, which was stolen out of Meridian, was located in the parking lot of Corner Market Food Store in Magnolia by a Pike County Investigator. Upon approaching the vehicle, an individual later identified as Kasey Weatherspoon, exited the vehicle and went into the store.

The suspect fled on foot into the woods and was apprehended by Pike County Deputies and Magnolia Police.

The suspect was not injured during the crash nor was the other driver of the vehicle that was struck by the fleeing suspect.

The suspect’s vehicle was towed and secured at a local tow yard. Investigators conducted a search of the suspect’s vehicle at the tow yard and recovered a gun that was also stolen out of Meridian and items that were stolen from the burglary in St. Tammany Parish. Investigators later executed a search warrant at the suspect’s residence on Leroy Coney Road, and recovered more items from the burglary in St. Tammany Parish.

Both Weatherspoon and Penton were taken into custody and booked into the Pike County Jail.

Kasey Weatherspoon was charged with Receiving Stolen Property with a $1,000.00 Surety Bond.

Jessica Penton was charged with Possession of a Stolen Firearm X2, Possession of a Weapon by Convicted Felon X3, Leaving the Scene of an Accident, Receiving Stolen Property, and Possession, Sale, Transfer of a Stolen Firearm. Penton was also wanted out of St. Tammany Parish, Meridian, Louisiana Department of Corrections and Walthall County for Felony Fleeing. Bond was set at $60,000.00.