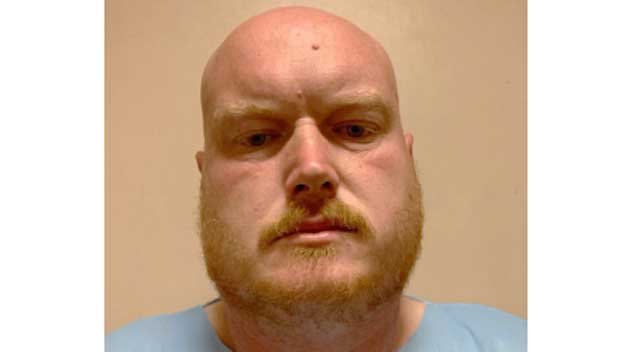 The kidnapping and attempted murder case of the man accused of abducting and attacking a female jogger in June has been held up because of an evaluation of the man’s mental status.

The case of Brandon Christopher “Chris” Bamburg is set to go to trial on Sept. 28.

However, an evaluation of Bamburg’s mental status, the interview of which took place sometime last week, is holding up proceedings.

Bamburg was 37 on June 4, 2021, when he was accused of abducting and attacking a woman in her mid-30s who was jogging in the Montebello neighborhood in Natchez.

Bamburg allegedly stopped his white Chevrolet 2500 pickup truck, exited it, and asked the victim for directions. After giving him directions, she turned to continue her run. That’s when Bamburg allegedly eased up behind her and pulled a pistol, telling the victim if she ran or screamed, he would kill her.

Adams County Sheriff’s investigators say Bamburg then dragged the victim into his truck and began beating her in the head with the pistol, causing six deep lacerations in the back of her head.

Investigators say when the victim spotted duct tape and zip ties in Bamburg’s truck, she continued to fight him off, biting him several times hard enough to make him let her go.

When the victim got away, she called 911. Law enforcement searched for Bamburg through the night and into the next morning. Later on the morning of June 5, 2021, Adams County Sheriff Travis Patten found Bamburg sitting in his vehicle across from the Adams County Jail. He was able to convince Bamburg to peacefully exit the vehicle and surrender.

After his arrest, Concordia Parish Sheriff’s deputies, at the request of Patten, went to Bamburg’s home in Ferriday and seized a bloodied gun, which investigators say was used to beat the victim.

Bamburg has remained in jail on a $500,000 bond since that time. Natchez Attorney Tony Heidelberg represents him.

Sixth District Assistant District Attorney Paul Sullivan said the trial was initially set for the first week of September but was rescheduled to Sept. 28 because either party in the case has yet to receive the mental evaluation report.

“All sides are hoping to get the case resolved by the end of September,” Sullivan said. “That’s where we are right now. I’m ready to try the case. The defense is ready. The court is ready. We are awaiting the report of the mental evaluation.”

Heidelberg said Bamburg has a history of mental illness and the evaluation report is necessary before moving forward.

“My understanding is they did his interview about a week ago, and we have been waiting for that to happen since May. I know that it is difficult for the victim and the victim’s family, and Mr. Bamburg’s family, as well. It is not a situation where he is pulling maneuvers to delay things. Once (the evaluation is received), we are hopeful we will move forward quickly,” Heidelberg said.

“We’ve done all of our parts. We’ve sent all the documents necessary for the review. That was completed in late May or June. The prosecution has done the same. We both have been emailing, but it took the court getting involved to get the interview done,” he said. “We are just waiting on the report to come.”

Patten said the investigation did not find any link between Bamburg and the victim or evidence they knew each other or had met before the crime occurred.