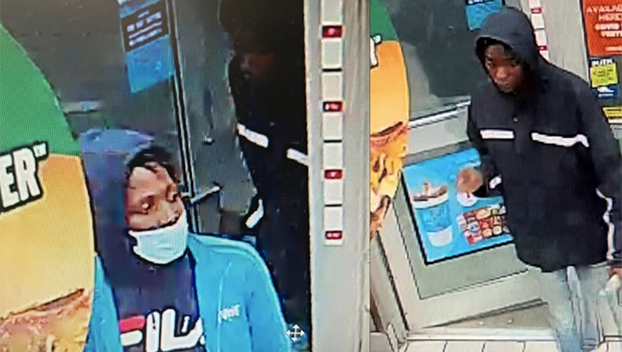 Officials have released photos of suspects they believe were involved in the killing of a California man found shot to death in a Mississippi casino parking lot.

Police also believe they have found the burned-out remains of the car they believe was used in the incident.

Shortly after 1 a.m. Wednesday, officials responded to reports of a shooting at the casino. Police found Nicholaus Craig, 36, shot dead in his car.

Craig reportedly lived in California and was celebrating his 36th birthday at the Scarlett Pearl Casino on the gulf coast. Officials say Craig was originally from Mobile and heading there to celebrate his birthday with his mother.

Law enforcement agencies believe they have located a dark blue Nissan Altima that they believe was involved in the shooting. The car, which was set on fire, was located in Prichard, Alabama.

On Thursday, police released images of two suspects images from a Circle K gas station near exit 50 on Interstate 10. Police say the suspects were videoed at the gas station prior to the shooting. Later that day, the car was spotted in Mobile.