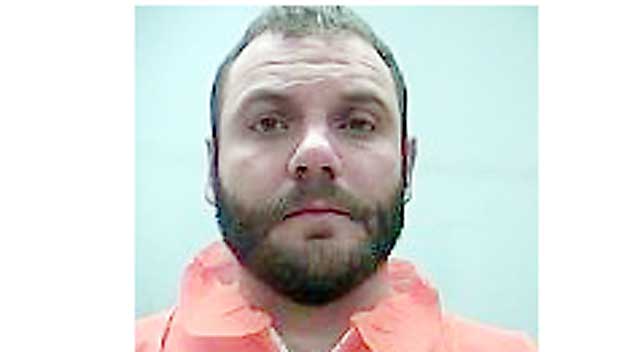 A Mississippi man charged in February 2020 for killing his parents and abducting his 9-month-old daughter received a 60-year prison sentence on Thursday morning.

At 9 a.m. Thursday, Colton Prescott was sentenced by Seventh District Circuit Court Judge Debra Blackwell to 30 years each for two counts of second-degree murder to run consecutively, so 60 years altogether.

Prescott, who was 34 the night of his arrest on Sunday, Feb. 23, 2020, pled guilty to killing both his mother and father that night. He has remained in custody at the Adams County Jail since then.

George Prescott Jr., 63, and Cathy Prescott, 62, were both dead from gunshot wounds when police arrived at their North Hampton Road residence just after 7 p.m.

The child’s mother left her baby with the baby’s grandparents understanding that she would pick her up at approximately 6 p.m. Sunday. When she arrived, the two were dead and the baby wasn’t there.

Adams County Sheriff’s Office assisted Natchez Police with arresting Prescott. Authorities followed a tip that Prescott was at a residence in Sibley where they found both Prescott and the baby unharmed.

“We gave verbal commands for the suspect, Colton Prescott, to exit the house with his hands up,” Sheriff Travis Patten said the night of Prescott’s arrest. “The suspect complied and seemed to be under the impression that he was Jesus Christ. He laid down on the floor and was taken into custody.”

“I’ve been asking myself one thing since all of this started, and that is how do you kill your parents?” Adams County Coroner James Lee said. “I just feel so sorry for this family and all of the relatives involved. I’ve seen a lot of things, but this was horrible. I just don’t understand it.”