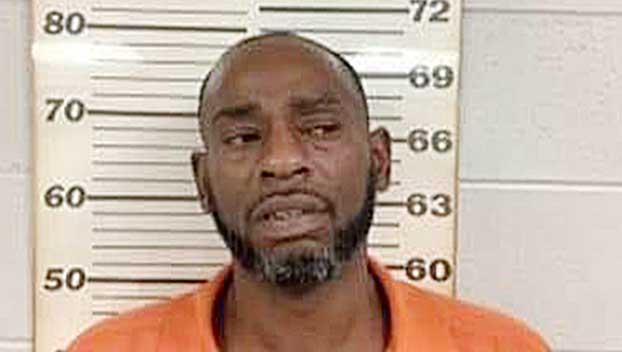 A traffic stop in Southwest Mississippi turned into an attack on sheriff’s deputies and a chase after a man struck a deputy with a stick and bit another deputy before being subdued.

The deputy said he asked the driver, who was later identified as Eric Damone Conerly, for his driver’s license, but he refused to comply.

As Conerly attempted to drive away the deputy reached inside the car to pull the key out of the ignition. Conerly exited the vehicle and struck the deputy with a stick before fleeing the scene.

The deputy along with another responding deputy eventually stopped Conerly and as they were subduing him he struck a deputy in the right ear with a stick and then bit the other deputy on the forearm.

Conerly was arrested and charged with aggravated assault on a law enforcement officer, sale or transfer of a stolen firearm, possession of marijuana or synthetic marijuana and resisting arrest. He was held with no bond.