Musicians with their own museums 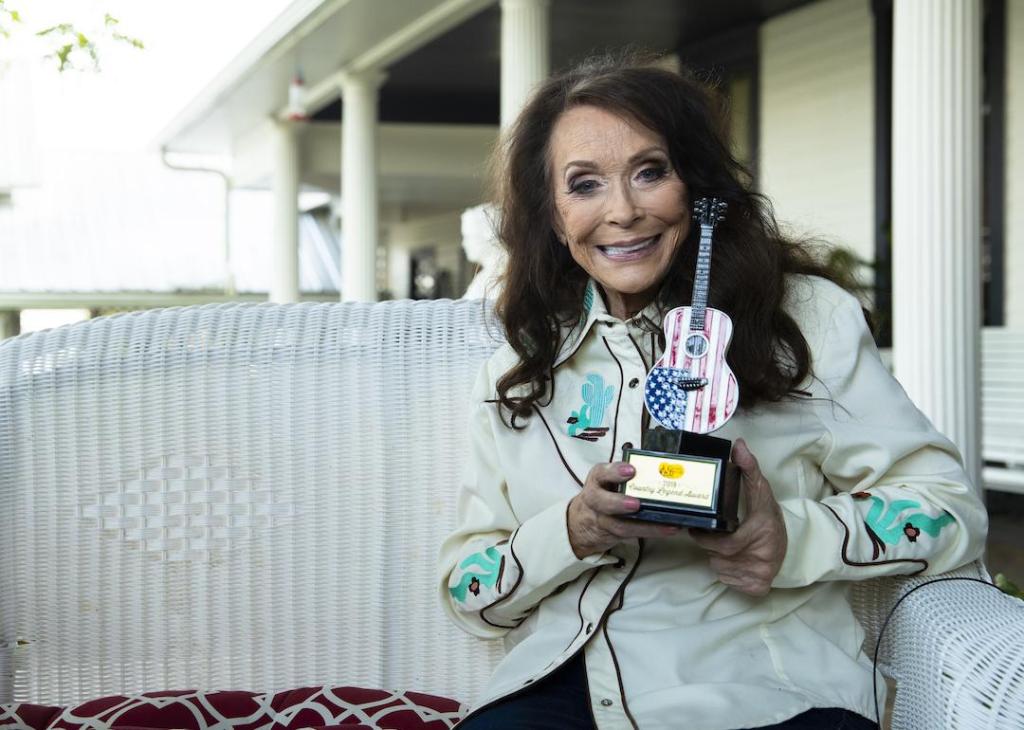 Musicians with their own museums

Musicians are immortalized through their songs and lyrics, which live on forever over the airwaves and on our playlists. But some musicians are so much more than recording artists—they are legends.

And where do legends of history belong? In museums, of course. Stacker researched music museums around the world and chose 25 artists who have at least one museum dedicated to them and their music.

Countless musicians across the world and across time have changed sound and culture, ushering in new trends, movements, and styles of music. From Bob Marley to ABBA, Scott Joplin to The Beatles, it’s no surprise which musicians have museums dedicated to their memory and contribution to the world.

Visiting museums dedicated to musicians allows visitors to get to know their favorite artists on a more intimate level, whether it’s learning about their childhoods or seeing the costumes they wore in their most famous stage performances. Audiophiles can visit the museums of famous musicians around the world, from the Mississippi Delta to the streets of Berlin.

If you’re ready to explore the top museums dedicated to musicians, read on. How many of these musicians do you know, and which museums would you like to visit?

You may also like: Song of the summer the year you graduated high school 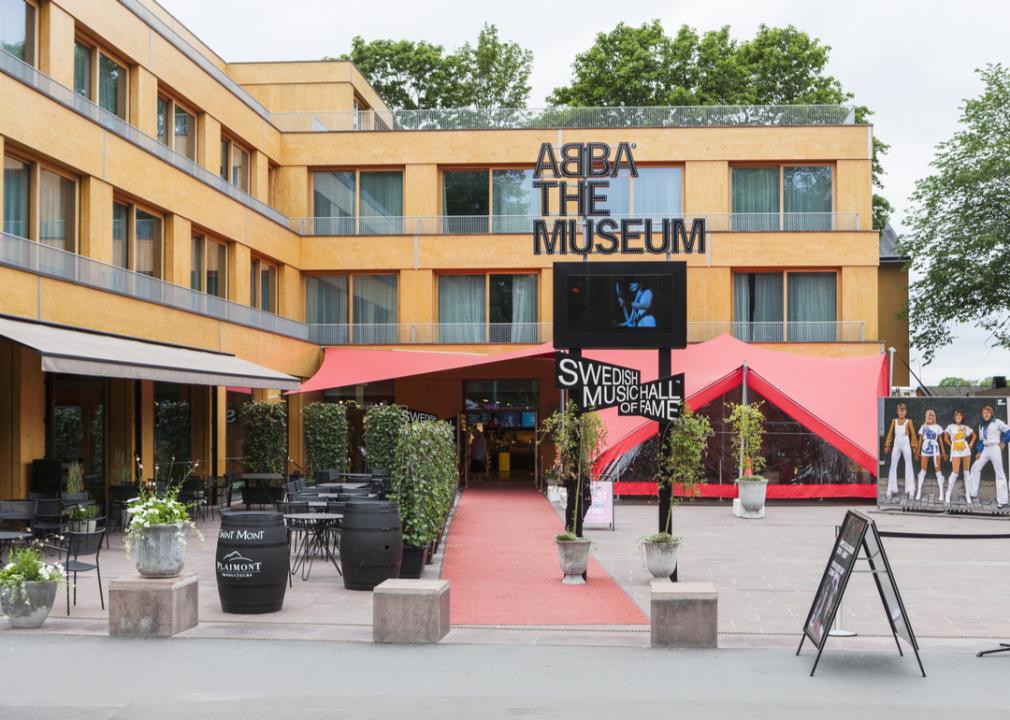 One of Sweden’s most notable contributions to the music world, ABBA took the globe by storm in the 1970s. The group opened a museum in Stockholm in 2013 that displayed an interactive exhibit through which tourists could learn about the band. Among the exhibitions included Benny’s Piano, a self-playing piano linked to Benny’s own piano in his home, and The Polar Studio, a recreation of the studio where ABBA recorded many of their songs in their later years. 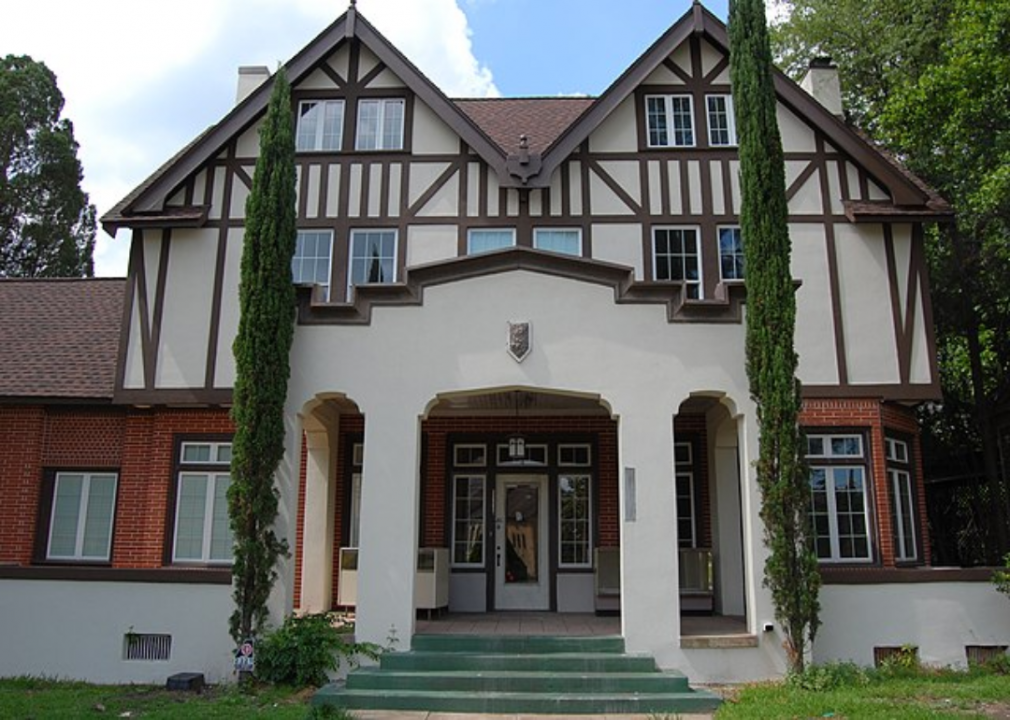 Affectionately known as The Big House, The Allman Brothers Band Museum is located in Macon, Georgia. But before it became a museum in 2009, it was the real-life home to the band’s original members, their families, and friends in the early 1970s. Today, it is an interactive museum where visitors can learn everything there is to know about The Allman Brothers Band. 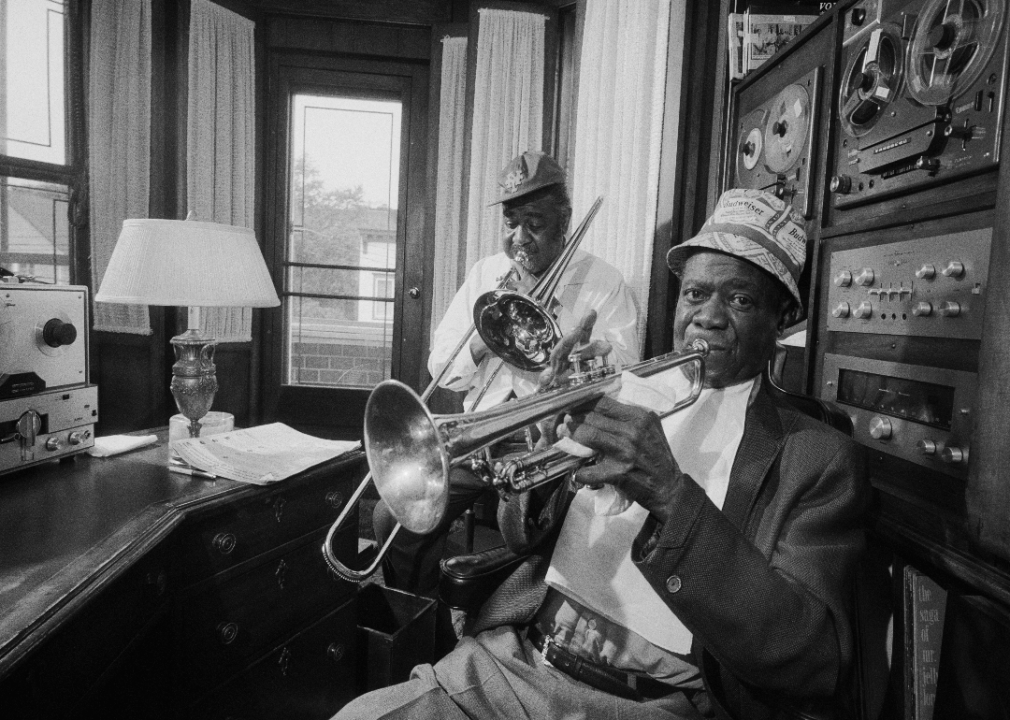 In 1943, Louis Armstrong and his wife moved to 34-56 107th Street in Corona, Queens, New York. He lived there until he died in 1971. After the death of his wife, Lucille, in the 1980s, the home was given to the Department of Culture Affairs. In 2003, the brick building opened as the Louis Armstrong House Museum. 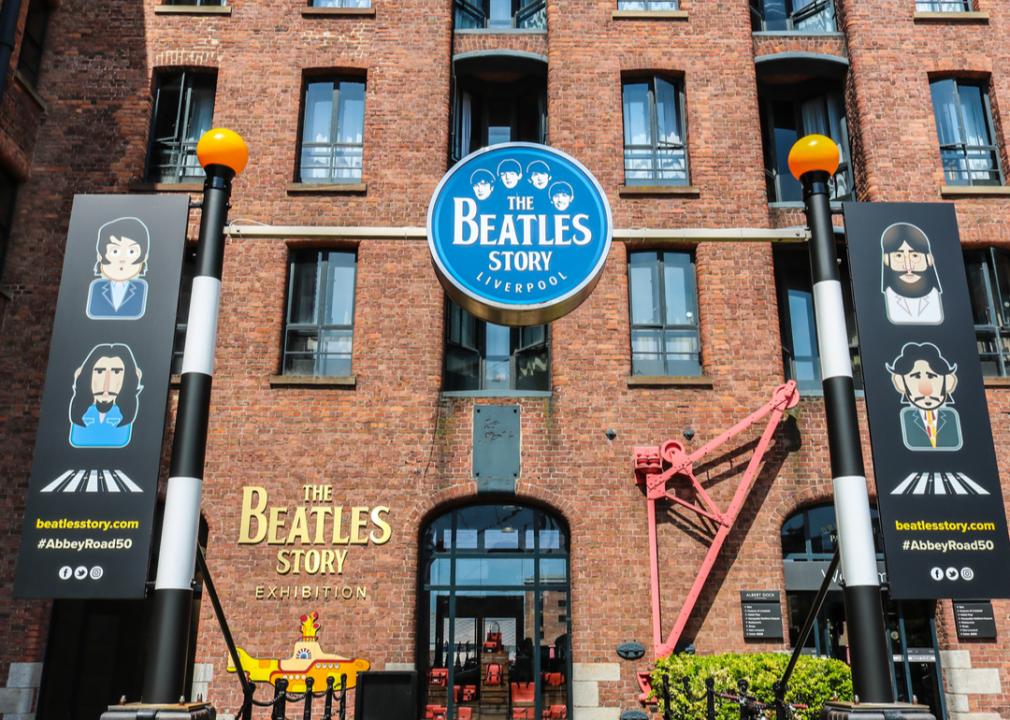 There can only be one location for a Beatles museum, and that is Liverpool, England. Known as The Beatles Story, the museum opened on the historic Royal Albert Dock in 1990. Inside the museum, visitors can follow the history of The Beatles through recreated sets (like The Cavern Club and Abbey Road Studios) while seeing some impressive memorabilia along the way, from George Harrison’s first guitar to John Lennon’s glasses. 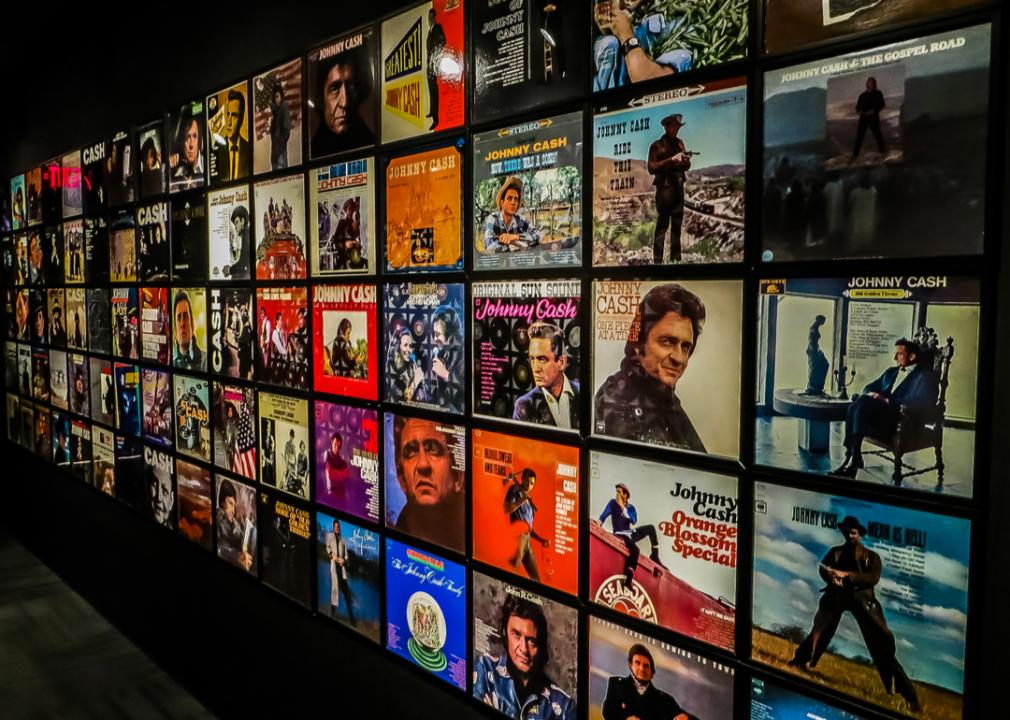 Nashville, Tennessee, is the mecca for all great country music, so it’s no surprise that the Johnny Cash Museum was established there. Unveiled in 2013, the museum houses one of the largest collections of artifacts from the artist, including documents and photos from Cash’s marriages, articles of clothing, handwritten lyrics, and so much more.

You may also like: 50 ways music has changed in the last 50 years 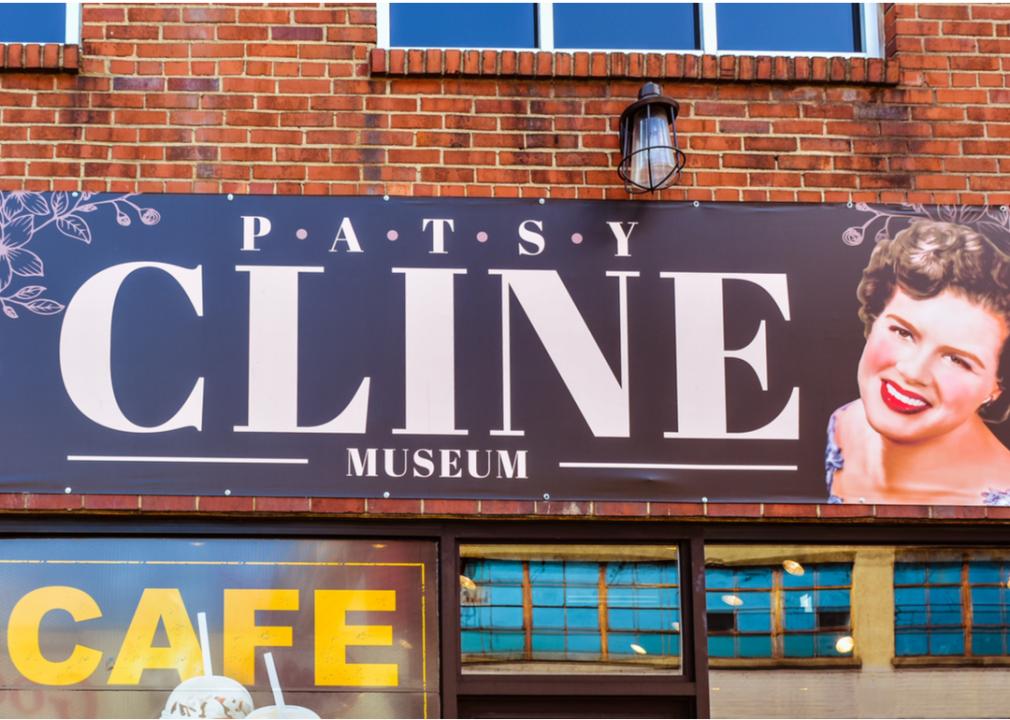 Not far from the Johnny Cash Museum (in fact, it’s just upstairs), Patsy Cline has her own tribute space in Nashville, Tennessee. Opened in 2017, the Patsy Cline Museum showcases memorabilia, including an entire wall of her records, an outfit from her headlining performance at the Mint Casino in Las Vegas, and a recreated dining room. 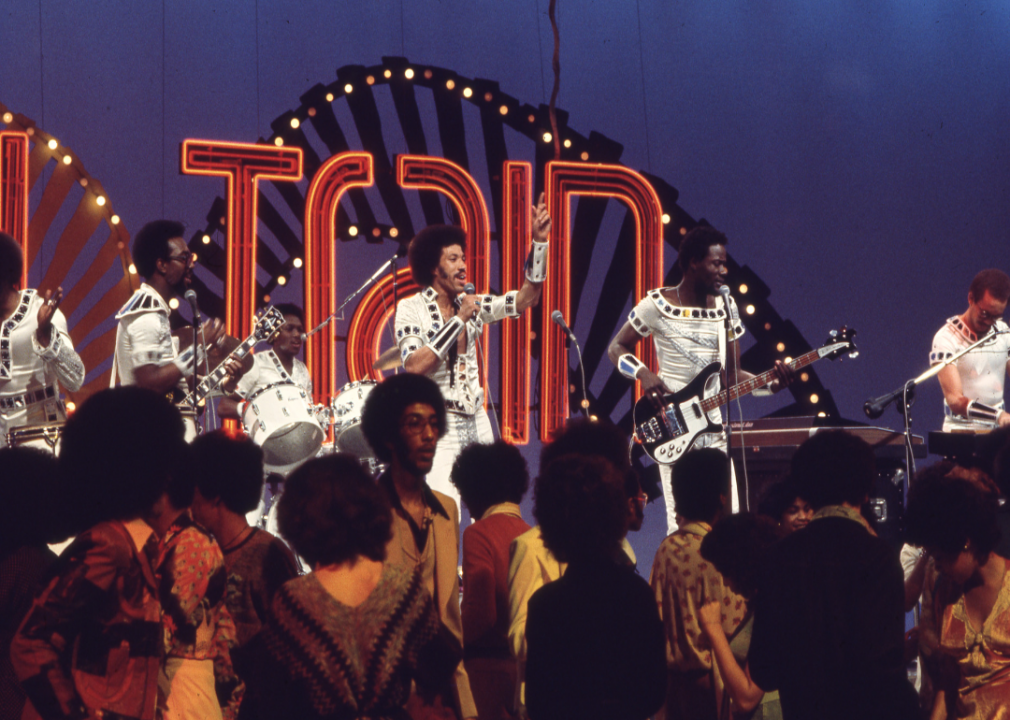 Once the rehearsal and recording studio for the Commodores, today, the building in Tuskegee, Alabama, is home to the Commodore Museum. When Lionel Richie left the band in 1982, the rest of the group left behind their studio and their equipment in the house. Since its inception in 2015, the museum exhibits much of what remains of the group’s old material and memorabilia. 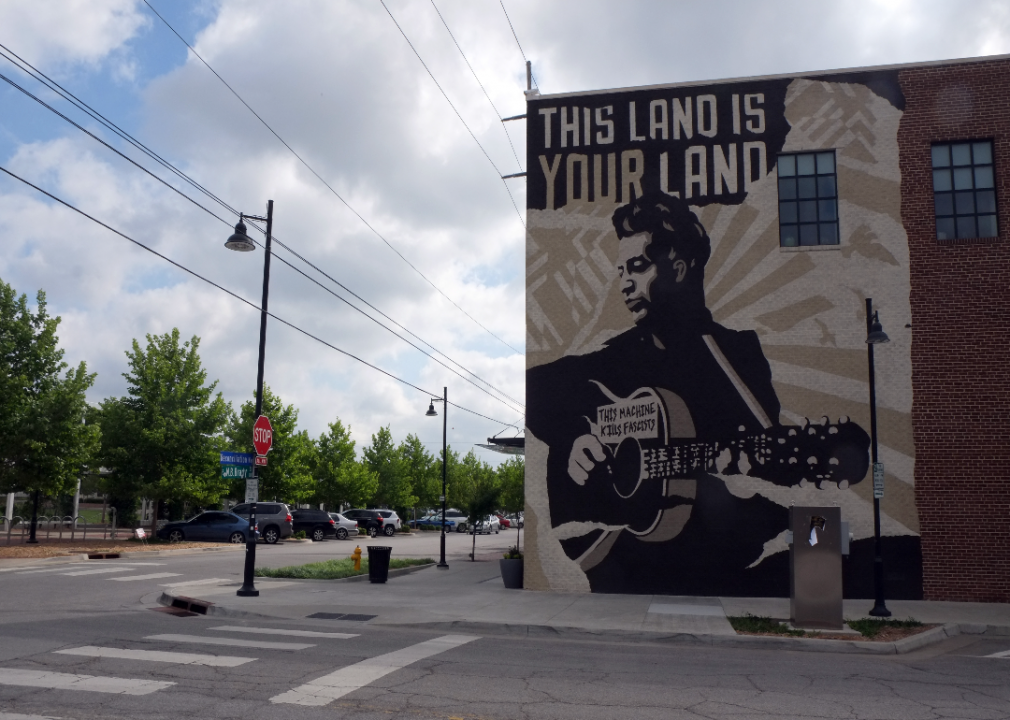 Located in Tulsa, Oklahoma, the Woody Guthrie Center opened in 2013 as a dedication to the life and work of the iconic American folk musician. Today, the building—once the site of the Tulsa Paper Company—hosts youth music programs, artist-in-residence programs, and holds exhibits that focus on promoting equality, diversity, and justice. 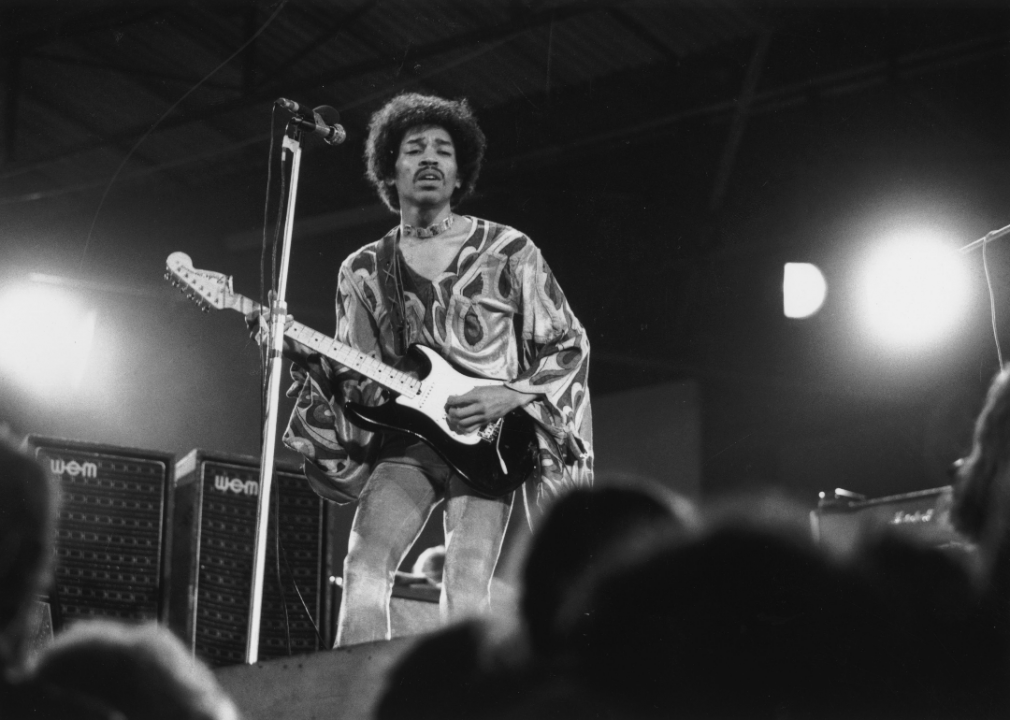 What is now the Museum of Pop Culture in Seattle actually began as a museum dedicated to Jimi Hendrix. The museum, established in 2000 by Microsoft co-founder Paul Allen, later grew to encompass all rock ‘n’ roll legend and history and was renamed the Experience Music Project. The final expansion in 2016 completed the museum as we know it today. 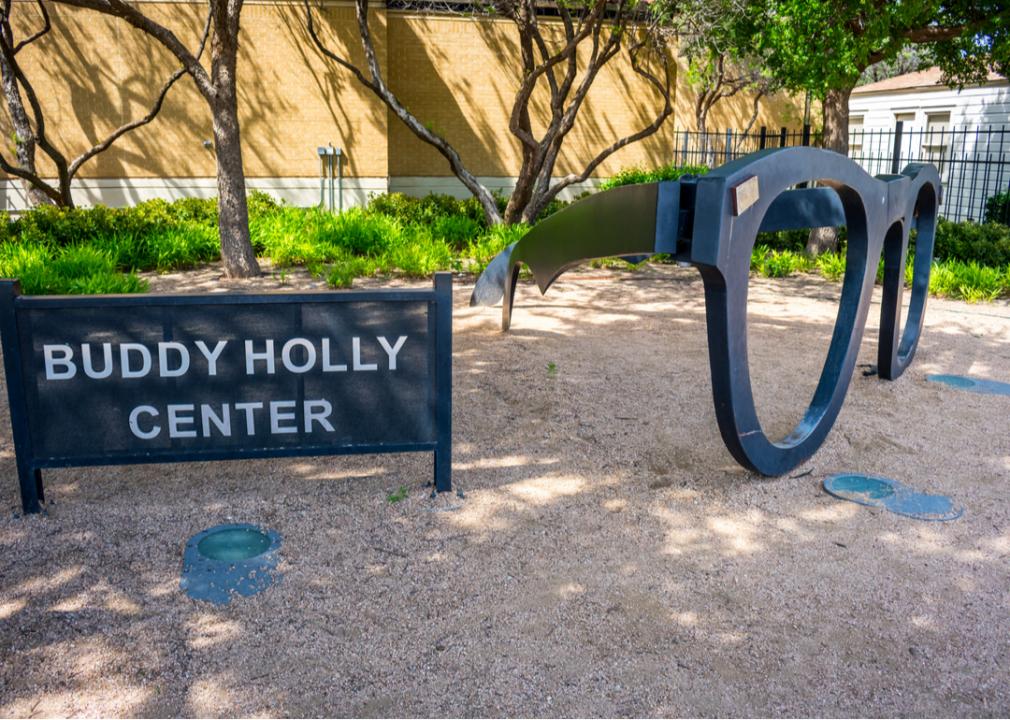 More than just a museum dedicated to Buddy Holly, the Buddy Holly Center in Lubbock, Texas, was designed to honor the music of West Texas in general. The museum lives inside the city’s old railway depot and was designated on the National Register of Historic Places in 1990. It opened as a museum in 1999.

You may also like: Lyrics to 50 famously misunderstood songs, explained 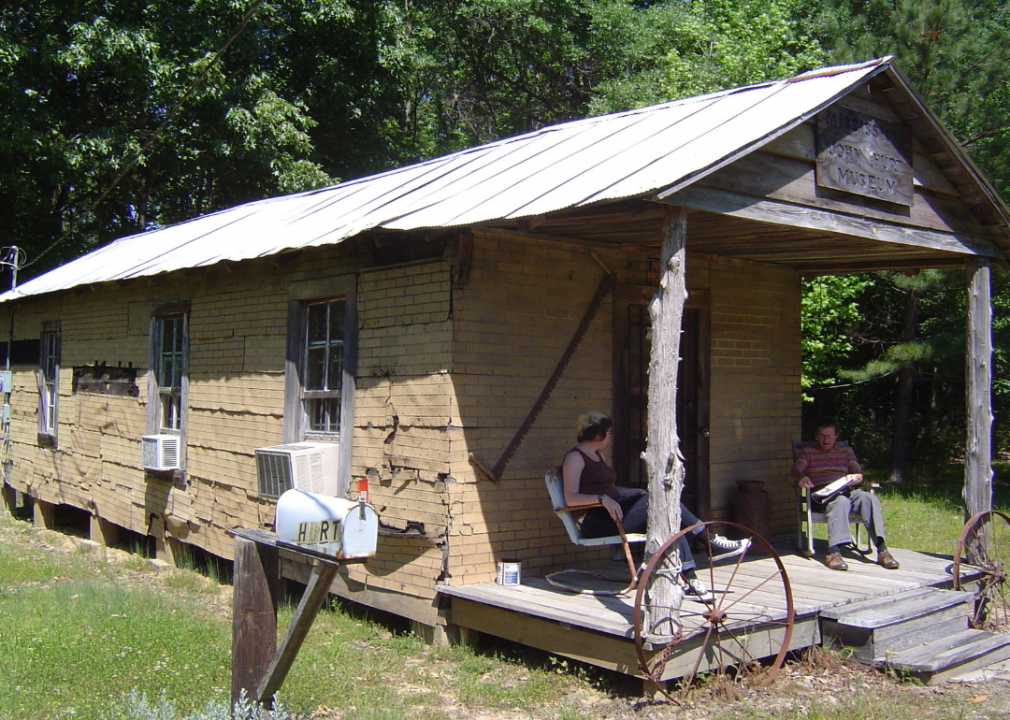 The Mississippi John Hurt Museum will truly give visitors the opportunity to walk in the shoes of the iconic blues musician. Set in Hurt’s hometown of Avalon, Mississippi, the museum is built inside his humble home—a three-room wooden construction with a crooked porch and a tin roof. The museum, a treasure trove of blues and Mississippi John Hurt history, opened in 1999. 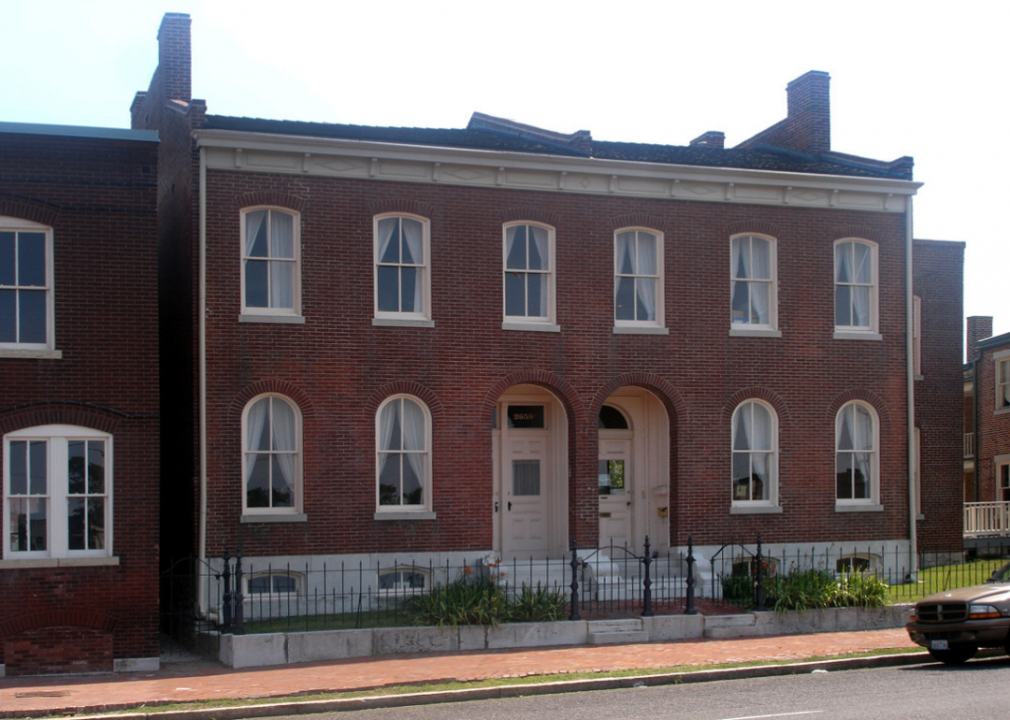 As one of America’s great music towns, St. Louis, Missouri, also happens to be home to the Scott Joplin House State Historic Site. The former home of the composer, who lived there from 1901 to 1903, the museum is on the National Register of Historic Places and features exhibits that pay tribute to the musician’s life. 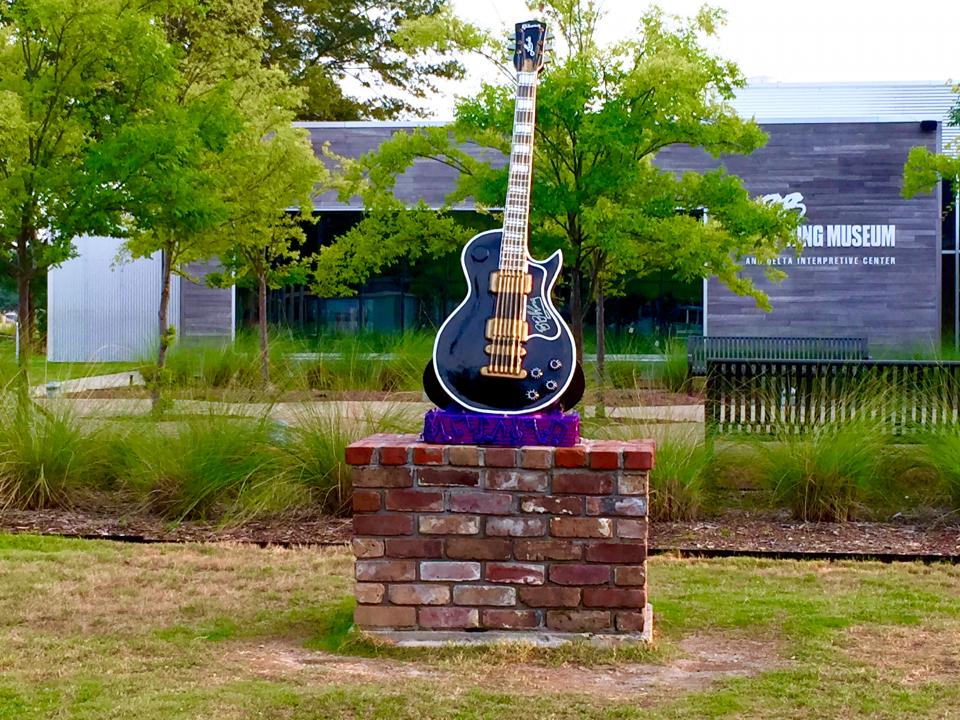 More than just a tribute to the world-renowned King of the Blues, the B.B. King Museum and Delta Interpretive Center is also dedicated to the stories of the region, race relations, literature, and much more. Unveiled in 2008, the museum is located in King’s hometown of Indianola, Mississippi. 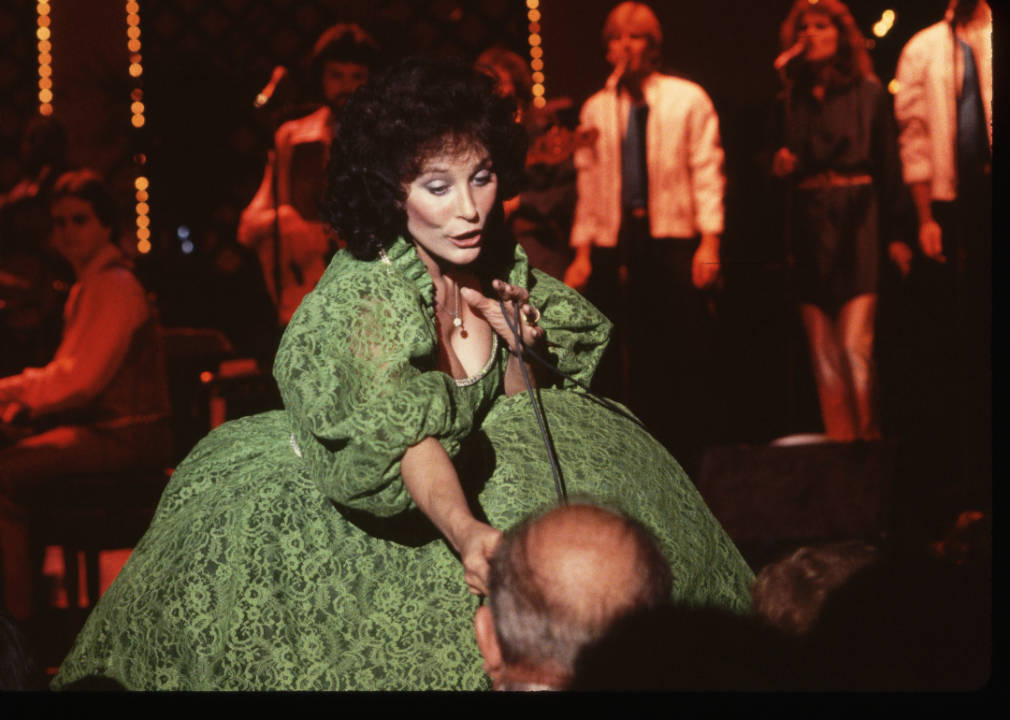 Country music superstar Loretta Lynn opened an 18,000-square-foot museum in 2001 in Hurricane Mills, Tennessee, which commemorates her life and expansive career with thousands of objects and artifacts on display. The museum is onsite at the Loretta Lynn Ranch. Lynn died on Oct. 4, 2022. 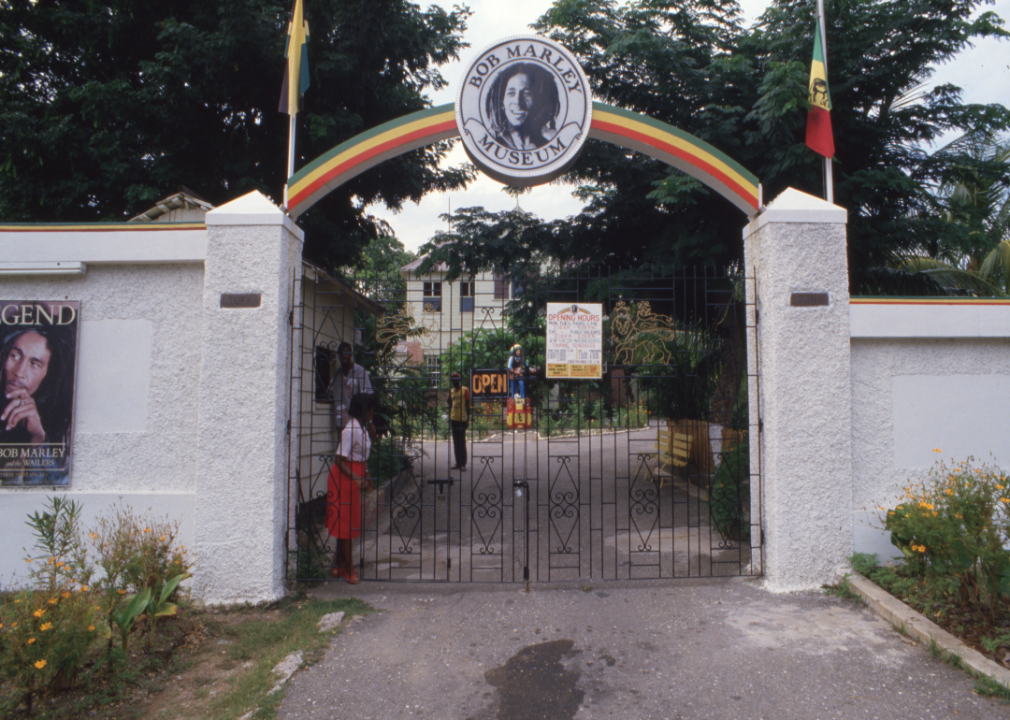 The iconic Bob Marley Museum is housed on the site of the musician’s home in Kingston, Jamaica, which he purchased in 1975. In 1987, Marley’s widow, Rita, turned the residence into a museum dedicated to Marley’s impact on music as well as the world. Today, the museum has an 80-seat theater, a photographic gallery, a record shop, and rooms piled high with Marley memorabilia.

You may also like: 30 pop songs you may not know are covers 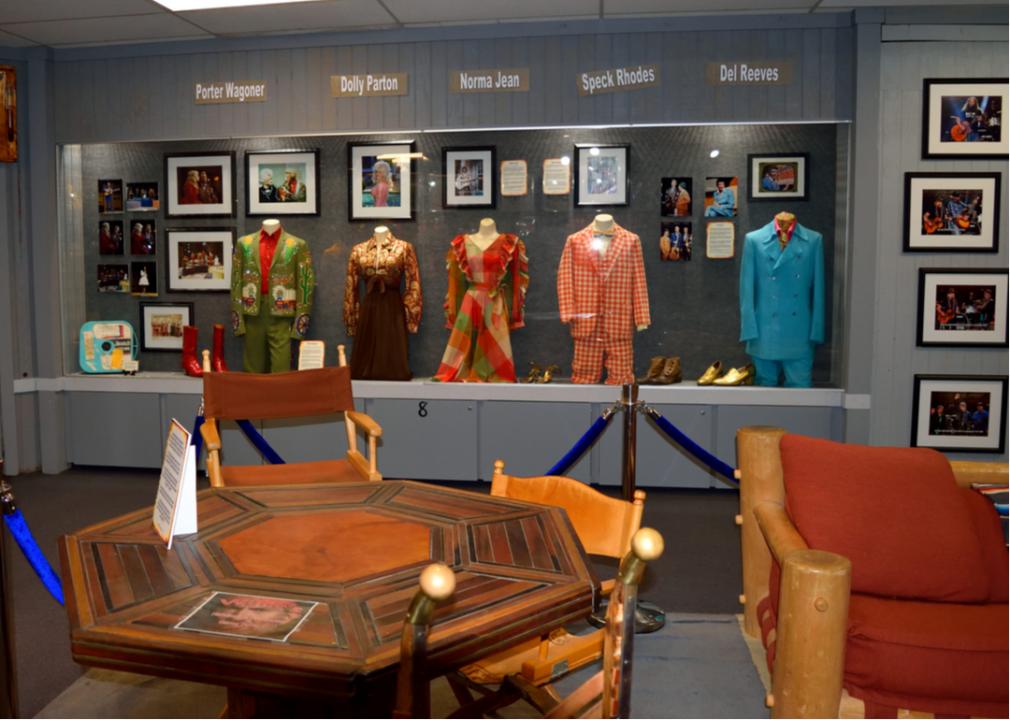 Nashville’s Willie Nelson and Friends Museum is a haven that celebrates all things Willie Nelson. What’s more, the museum also displays more than 30 exhibits on other artists who have been integral in shaping the landscape of country music, including Jeannie Seely, Waylon Jennings, and Hank Cochran. Some stars have even popped by the museum for surprise guest appearances. 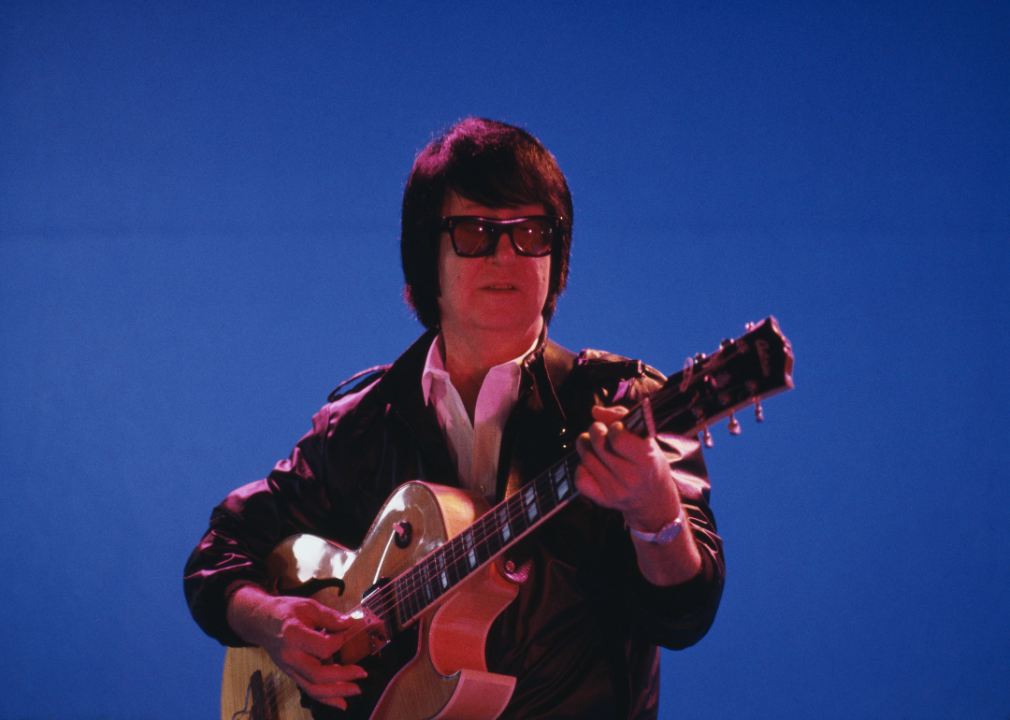 It’s unlikely you’ve got Wink, Texas, on your travel bucket list, but music aficionados may want to pay the city a visit solely for the Roy Orbison Museum. The single-room museum, located in the musician’s hometown, is dedicated to everything related to Roy Orbison, from photos and posters to guitar picks and more. 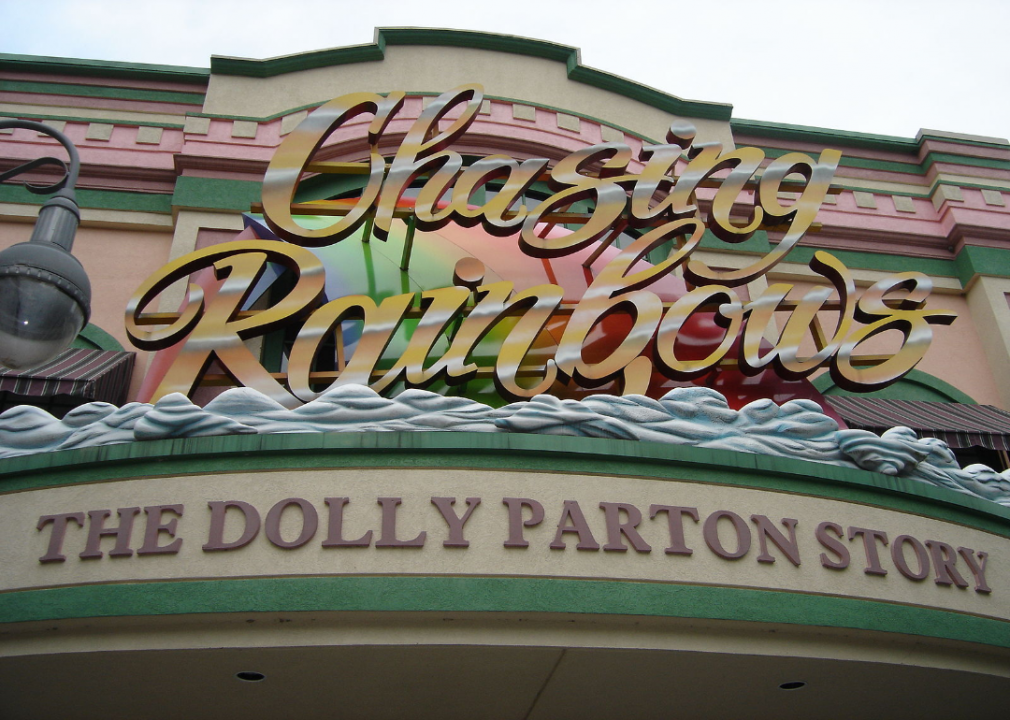 A trip to Dollywood is an American rite of passage, and while at the Dolly Parton-themed amusement park in Pigeon Forge, Tennessee, it’s easy to pop into Chasing Rainbows Museum. This museum is dedicated to Parton’s life and career: It features a trove of photographs and personal items, and displays a replica of the cabin where the country legend grew up. 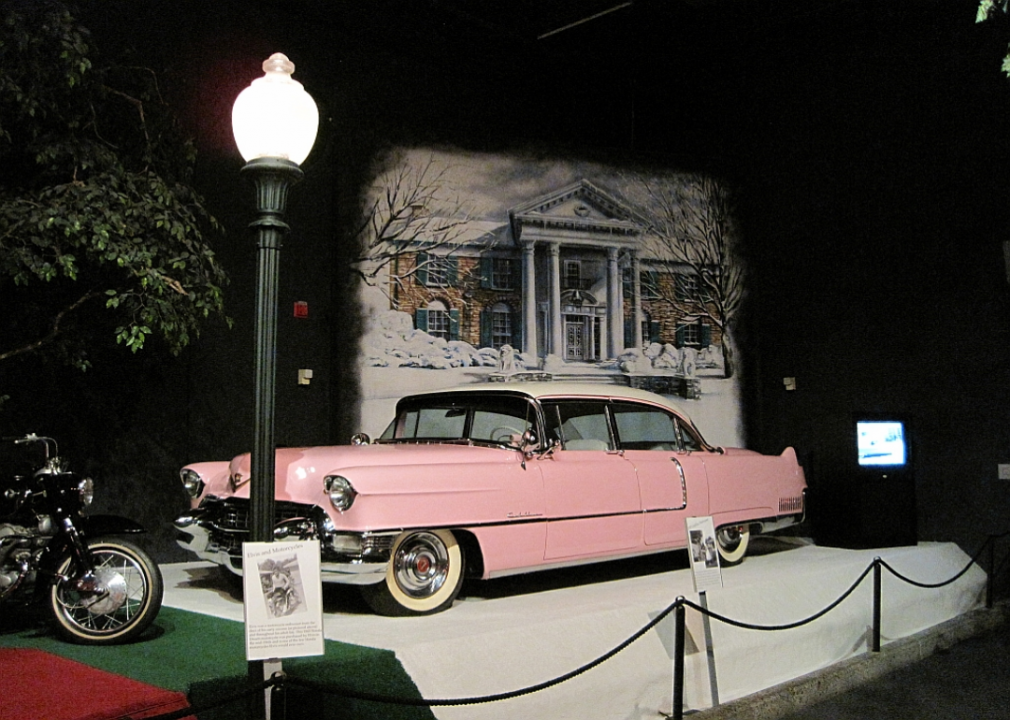 Perhaps the most famous museum dedicated to a musician is Graceland, the former mansion of the King of Rock ‘n’ Roll himself, Elvis Presley. The mansion museum was opened in 1982 and is listed on the National Register of Historic Places. With a 120-acre estate just outside of Memphis, guests can walk through the life of Presley, from the opulent living room to the iconic Jungle Room. 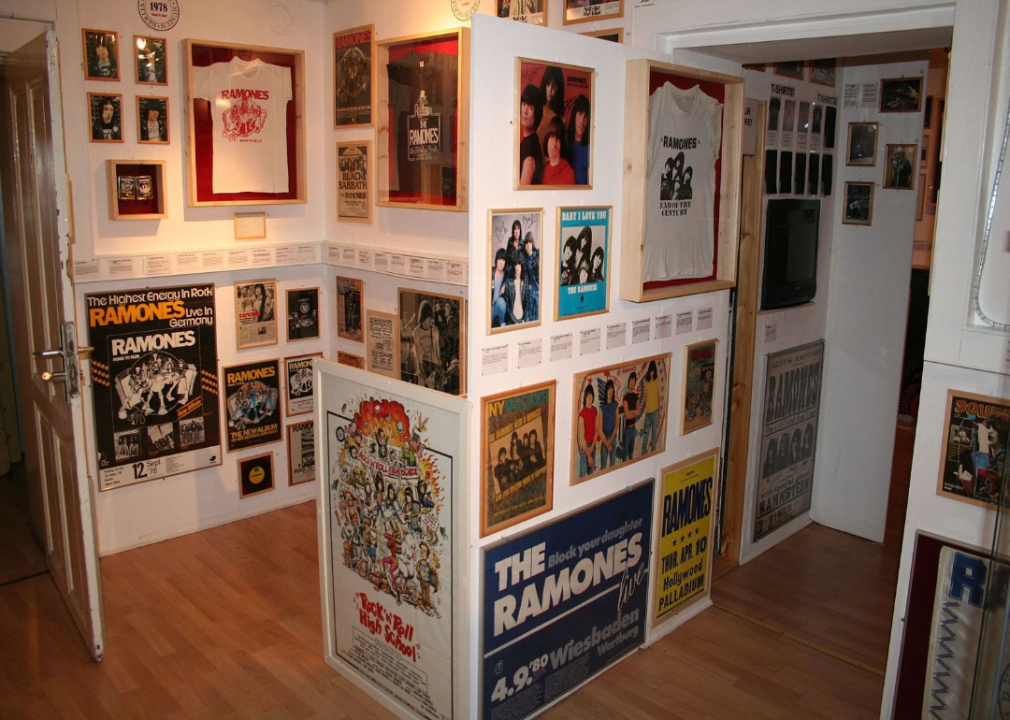 The Ramones may be known as New York City legends, but the tribute to the punk rock legends is actually located in Berlin. The Ramones Museum leads visitors through the band’s career, from their early days at CBGB to the band’s famous New Year Eve’s concert in London in 1977. Other exciting finds at the museum include t-shirts, posters, articles, and memorabilia. 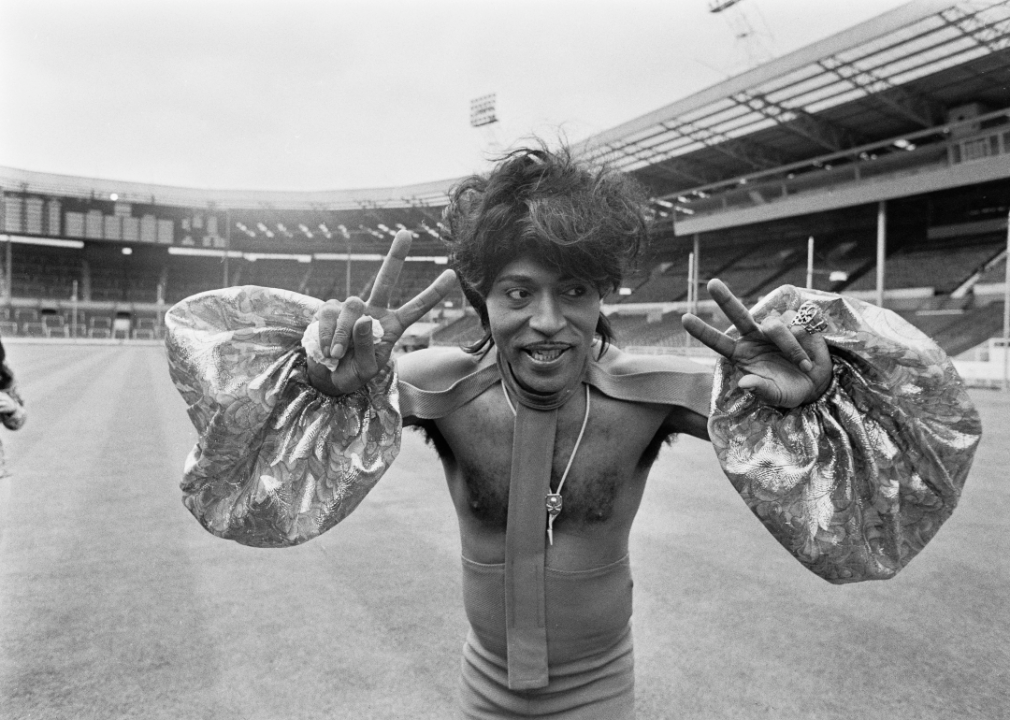 Not far from The Allman Brothers’ Big House in Macon, Georgia, is the humble, shotgun-style home that was the birthplace of Little Richard (then Richard Wayne Penniman). One of 12 children, Little Richard lived in this house until 1955. Today, it is a tribute to Little Richard’s life but even more, it now serves as a resource center for career growth. 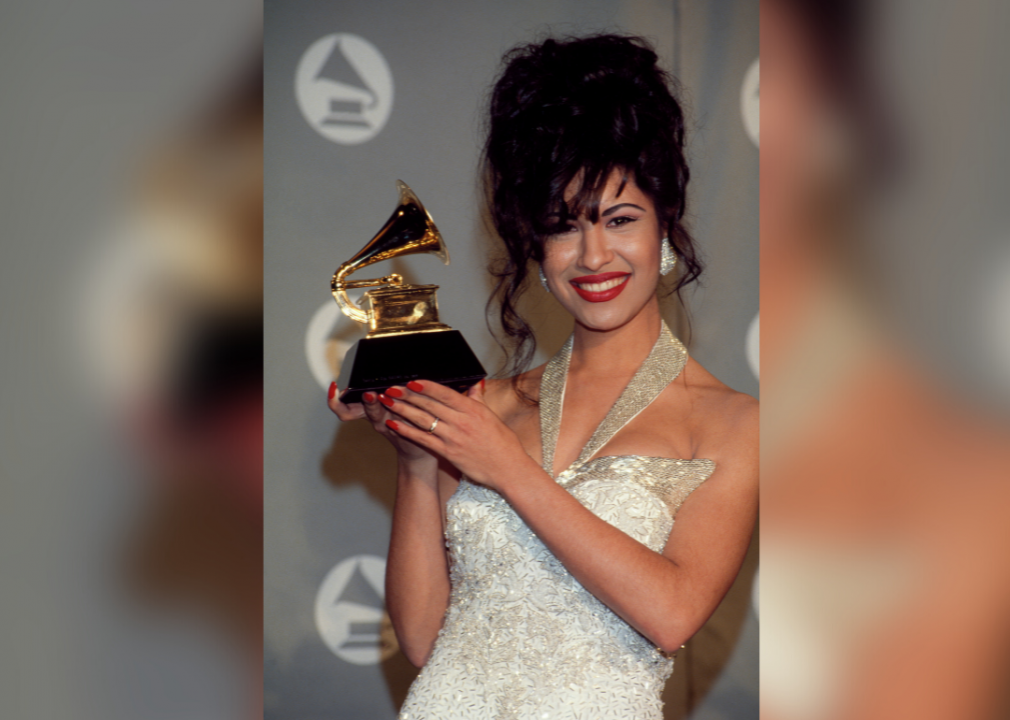 You can remember pop legend Selena Quintanilla-Pérez on your next visit to Corpus Christi, Texas. The Selena Museum was developed by the late pop star’s family in honor of her life, career, and cultural impact. Among the displays at the museum include Selena’s stage costumes, her Grammy award (for Best Mexican-American Album), and her red Porsche. 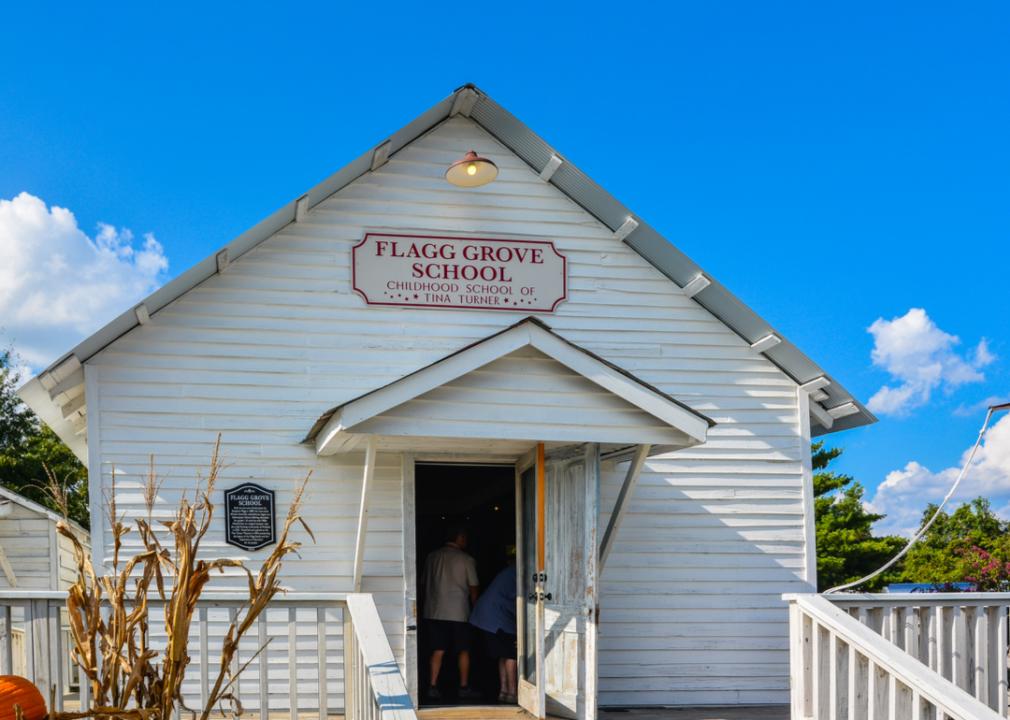 Brownsville, Tennessee, is the birthplace of Anna Mae Bullock, but you may know her as Tina Turner. Today, her former one-room schoolhouse, the Flagg Grove School, has been converted into a museum dedicated to the Queen of Rock ‘n’ Roll. In addition to highlighting moments from Turner’s life, the museum also shows visitors what life was like for Black students during the 1940s through the 1960s. 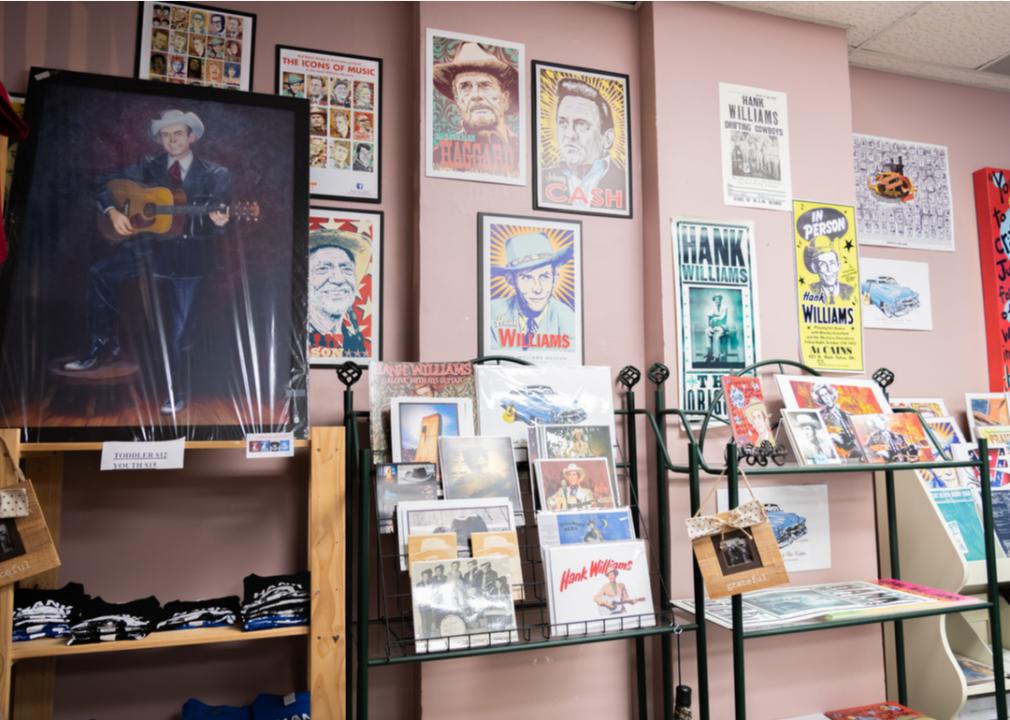 The Hank Williams Museum, located in Montgomery, Alabama, is the work of one of Williams’ most doting fans, Cecil Franklin Jackson. In 1999, Jackson fulfilled his dream of opening a museum dedicated to Williams’ life and career. Today, the museum has one of the largest collections of Hank Williams memorabilia. 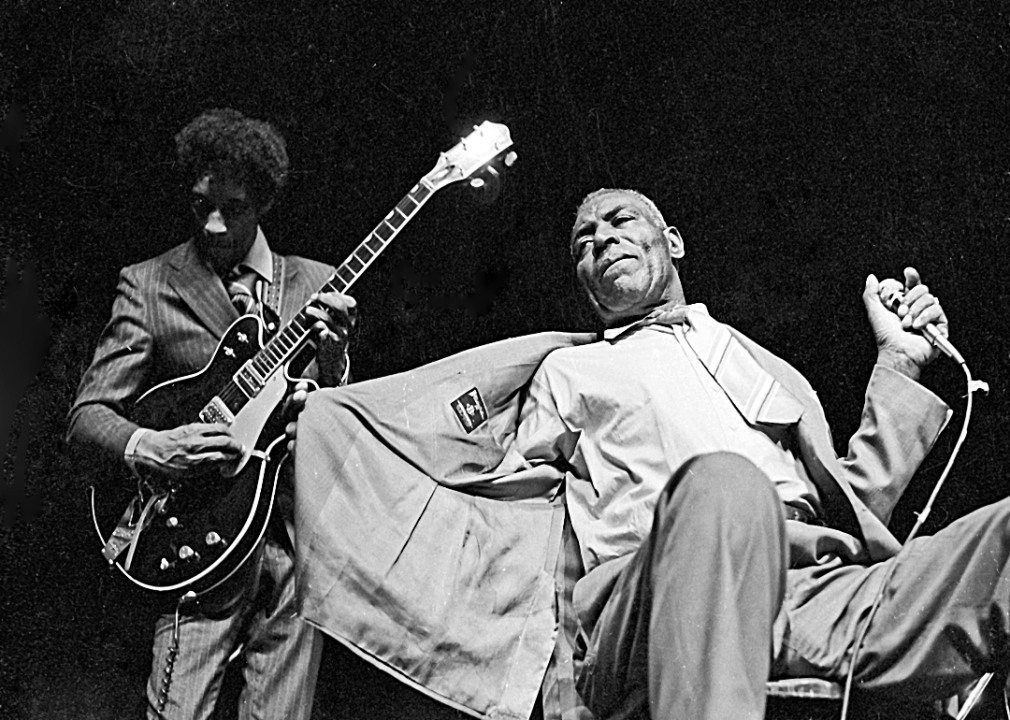 The Mississippi Blues Trail is a route through the Delta region that visits spots that were integral in the growth and importance of blues music in America. The Howlin’ Wolf Blues Museum is one of the many stops along the trail, located in West Point, Mississippi. The museum opened in 2005 and pays tribute to the blues legend who began his career in 1951.

You may also like: Best New Artist winner the year you graduated high school