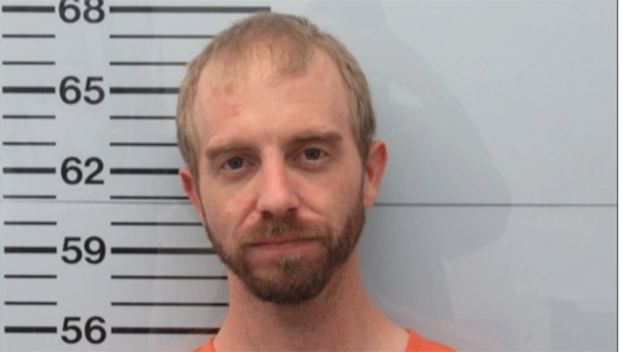 Matthew Reardon has been banished from Lafayette County for the second time.

Reardon, who had been charged with stalking Oxford Mayor Robyn Tannehill, pleaded guilty on Friday in Circuit Court.

As part of his sentence, Reardon was banished from Lafayette County for five years and ordered to be on unsupervised probation.

Reardon, 35, was arrested June 28 by the Mississippi Bureau of Investigations and charged with felony aggravated stalking after he reportedly violated a restraining order that prohibited from being within 500 feet of Robyn or Rhea Tannehill.

The restraining order stemmed from a 2017 felony stalking arrest that led to Reardon’s first banishment from Lafayette County.

In that year, Reardon lost his right to own firearms and was ordered to move out of Lafayette County for five years after pleading guilty to aggravated stalking. Reardon, a self-proclaimed state flag and Second Amendment activist, was arrested in May 2017 and charged with misdemeanor disorderly conduct after he defied an order to leave from in front of the Confederate statue in front of the Lafayette County Courthouse. Later that month, he was arrested for felony aggravated stalking, although the name of the victim was not released at the time.

According to court records, the restraining order issued in 2017 specified that Reardon could not come within 500 feet of the Tannehills or Rhea Tannehill’s law firm, Tannehill, Carmean & McKenzie, PLLC, located on North Lamar Boulevard.

Reardon violated the restraining order on June 20, 2022, when he visited Oxford City Hall, which is Mayor Robyn Tannehill’s place of work.

In a Chancery Court hearing on June 30 at Calhoun County Courthouse, Lafayette County Chancery Court Judge Lawrence Little found Reardon in contempt of court for violating the protection order. According to witness testimony from Calhoun County Sheriff Greg Pollan, Reardon used expletives towards the Tannehills and repeatedly gave them the middle finger.

Pollan was one of eight witnesses Assistant District Attorney Tiffany Kilpatrick called to the stand for testimony on Reardon’s character and the potential danger he posed not only to the Tannehills and their family but the entire community. Among the witnesses included Lafayette County Sheriff Joey East who stated Reardon was “an absolute threat and has been a threat for a long time.”

The Tannehills also took the witness stand to give testimony on the June 20th incident and how they have handled the last five years.

Robyn Tannehill said her awareness of Reardon first began when she proposed a resolution to take down the state flag which displayed the Confederate symbol.

Reardon, a proponent of states rights and the South, was reportedly and would attend meetings with a holstered gun.

“I first became fearful of Mr. Reardon when he came to a board meeting in 2017 and he had a gun in his lap,” said Robyn Tannehill in the court hearing. “He glared at me and he pointed at me [with his finger] throughout the meeting.”

According to the mayor, when Reardon’s actions began to escalate the city introduced the idea of metal detectors at City Hall and new policies to ensure safety in courtrooms. East said they increased law enforcement presence in meetings when they knew Reardon would be present.

Reardon would go on to make multiple social media posts and videos about Tannehill calling her corrupt and a communist and Rhea an accomplice in her actions.

Robyn would later found out that Rhea defended Reardon’s ex-partner in a domestic violence case against Reardon. According to the Tannehills, Reardon’s posts would escalate in nature when it seemed that he lost visitation rights to his child, who he shared with the aforementioned partner.

According to Robyn, Reardon blames them for everything that went wrong in his life.

“He’s been fixated on me and my family for over five years and credited us irrationally on all the decisions he’s made personally in his life,” she said.

Robyn went on to account Reardon’s visit to City Hall on June 20 with great emotion.

Reardon also recorded a video of his visit and uploaded it to his YouTube channel, Lafayette County Audit.

The video displays Reardon entering the City Hall lobby, venturing around the first-floor lobby and talking with city employees before making his way up to the second floor where the mayor’s office is located.

According to Robyn Tannehill’s court testimony, photos and descriptions of Reardon were disseminated to City Hall employees for awareness. When Reardon entered the building, an employee on the first floor warned Tannehill and her assistant of his presence and they proceeded to hide from his view.

“I can’t really explain the fear I had that day knowing this monster was standing outside my door,” said Robyn. “My office is where it is because of Matt Reardon. I moved my office in 2017 because I was too accessible … I’ll just say it’s not fair to be scared sitting in my own office.”

The mayor then notified her husband of Reardon’s presence in the building and the Oxford Police Department was soon notified. Captain Donovan Lyons and  Lieutenant Kevin Parker responded to the scene to apprehend Reardon and escort him away from City Hall.

The officers told Reardon that he was in violation of the restraining order and if he needed to visit City Hall, he could make an appointment. Reardon called the Tannehills’ restraining order into question, arguing its legitimacy but did not return to City Hall.

“I’m tired of it,” she continued. “It’s time for something to be done.”