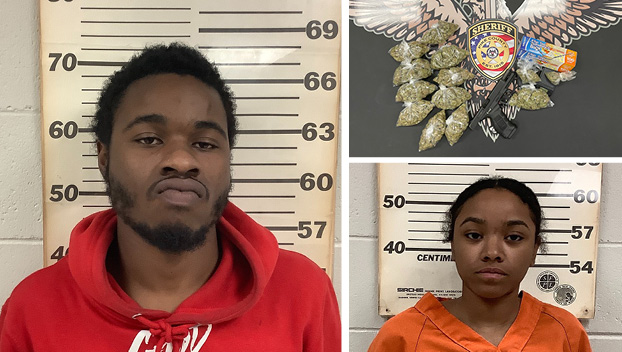 A Mississippi man with an active warrant for attempted murder in connection with an April shooting is now in custody.

On October 5, 2022, deputies with the Pike County Sheriff’s Office received information that Demarques Washington was at 3066 Gradyville Road.

Washington had an active arrest warrant for attempted murder in reference to a shooting incident that occurred on April 21, 2022, in the 1000 block of North Live Oak Street.

Pike County Investigation Division along with Pike County Narcotics Division made contact with Demarques Washington and Noriyah Wilson at 3066 Gradyville Road. Washington was taken into custody without incident.

A search warrant was executed at the location where approximately 337 grams of marijuana was found along with a firearm.

Washington was arrested and charged with Attempted Murder and Possession of a controlled substance with the intent to distribute.

Wilson was arrested and charged with possession of a controlled substance with the intent to distribute.

No bond has been set at this time.