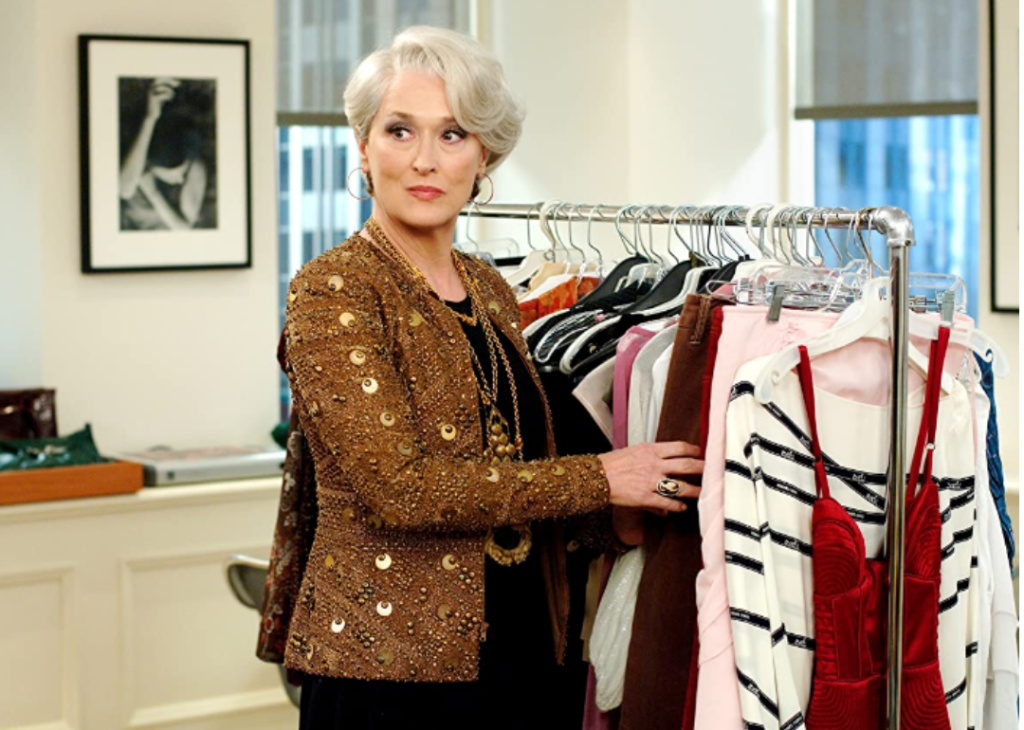 Some of the most notoriously awful managers have emerged from TV and film. And while you can count yourself lucky to have never worked under the greedy—and cartoonishly nefarious—tendencies of fictional bosses like Mr. Burns in The Simpsons, it’s more likely you’ve encountered Michael Scott’s nurturing-yet-zany unprofessionalism or survived Miranda Priestly’s icy leadership at your real 9-to-5.

Pyn dug into cinema and TV history to spotlight 10 unforgettably (and, at times, comically) terrible bosses to appear on screen.

At work, it isn’t just about the money; bad leadership can make or break whether an employee sticks it out. Eighty-two percent of American workers admitted they would potentially quit their jobs because of a bad manager, according to a GoodHire survey of 3,000 full-time American employees published in January 2022. The report also showed most Americans dislike micromanagers who demand employees work beyond their typical hours.

In showbiz, the “good guy” usually comes out on top—but there are plenty of instances when the antagonist carries the storytelling of a creative work just as much as the main character. The forthcoming bosses share numerous undesirable traits—from egotistical and arrogant to undermining and intimidating—that bring to life a character that audiences love to hate.

But in real life, bosses with these soul-crushing and downright toxic tendencies—think Gordon Gekko in “Wall Street”—aren’t entertaining at all. In fact, they’re guaranteed to disrupt an office and wreak havoc on a person’s mental health. On the screen, however, these characters may reach iconic status for precisely the traits that would make them nightmares to work for in real life. Read on to see if you recognize any of the personality quirks that these terrible bosses brought to life on the screen. And if you do, consider that a red flag for a healthy workplace. 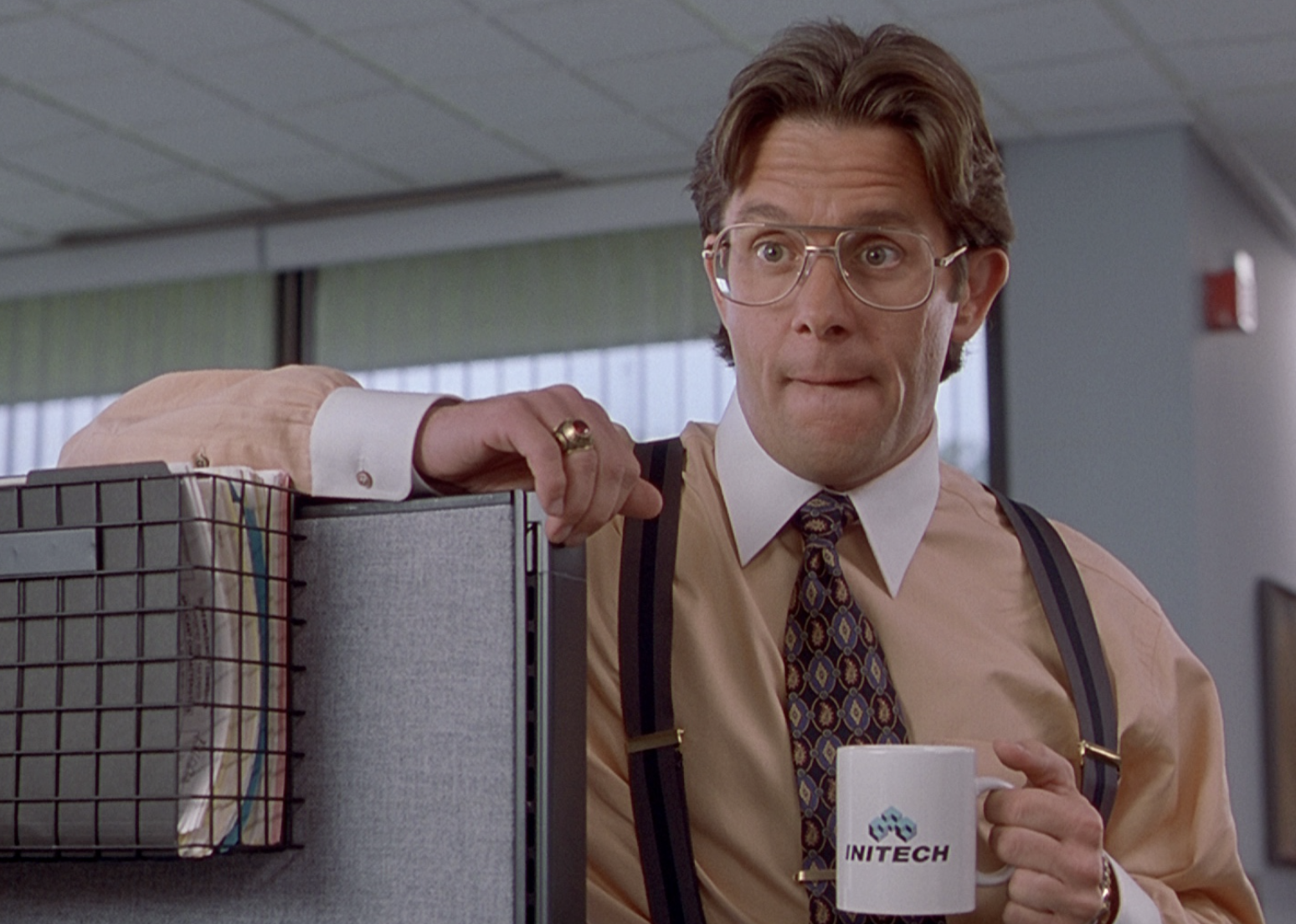 Bill Lumbergh (Gary Cole) is the smug, suspenders-wearing vice president of Initech. He’s often arrogant, greets his employees in a dismissive monotone voice, and has a somewhat passive-aggressive demeanor about him. Bill also has a reputation for asking workers to come in during off hours—even on Sunday—and doesn’t pause to hear what they have to say.

No wonder his efforts to promote office morale aren’t taken seriously. Lumbergh’s interactions are punctuated by “yeahs” and “mmkays” while speaking to his employees in a condescending tone. Needless to say, he’s won no Boss of the Year awards. 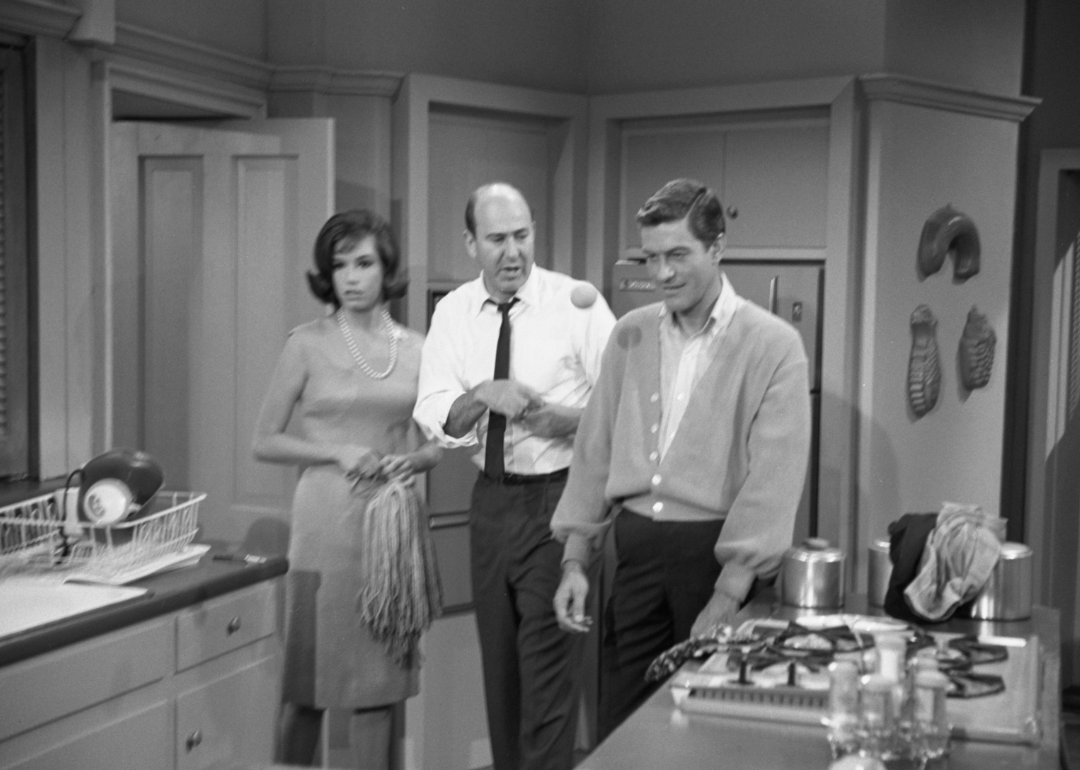 Alan Brady (Carl Reiner) is the loud, demanding, toupee-sporting host of the fictional TV program “The Alan Brady Show,” for which he manages a stable of comedy writers. Despite being the boss of the entire operation, Brady’s face remains hidden until the show’s fourth season. Before then, viewers would only hear his voice of frustration—a move adding to his apathetic demeanor and disconnect from his employees.

Brady’s face is revealed for the first time in season four’s episode “Three Letters from One Wife.” Reiner, as one of the creators and writers for “The Dick Van Dyke Show,” wanted to get a huge TV star to portray the role of Brady but wound up taking the role himself. 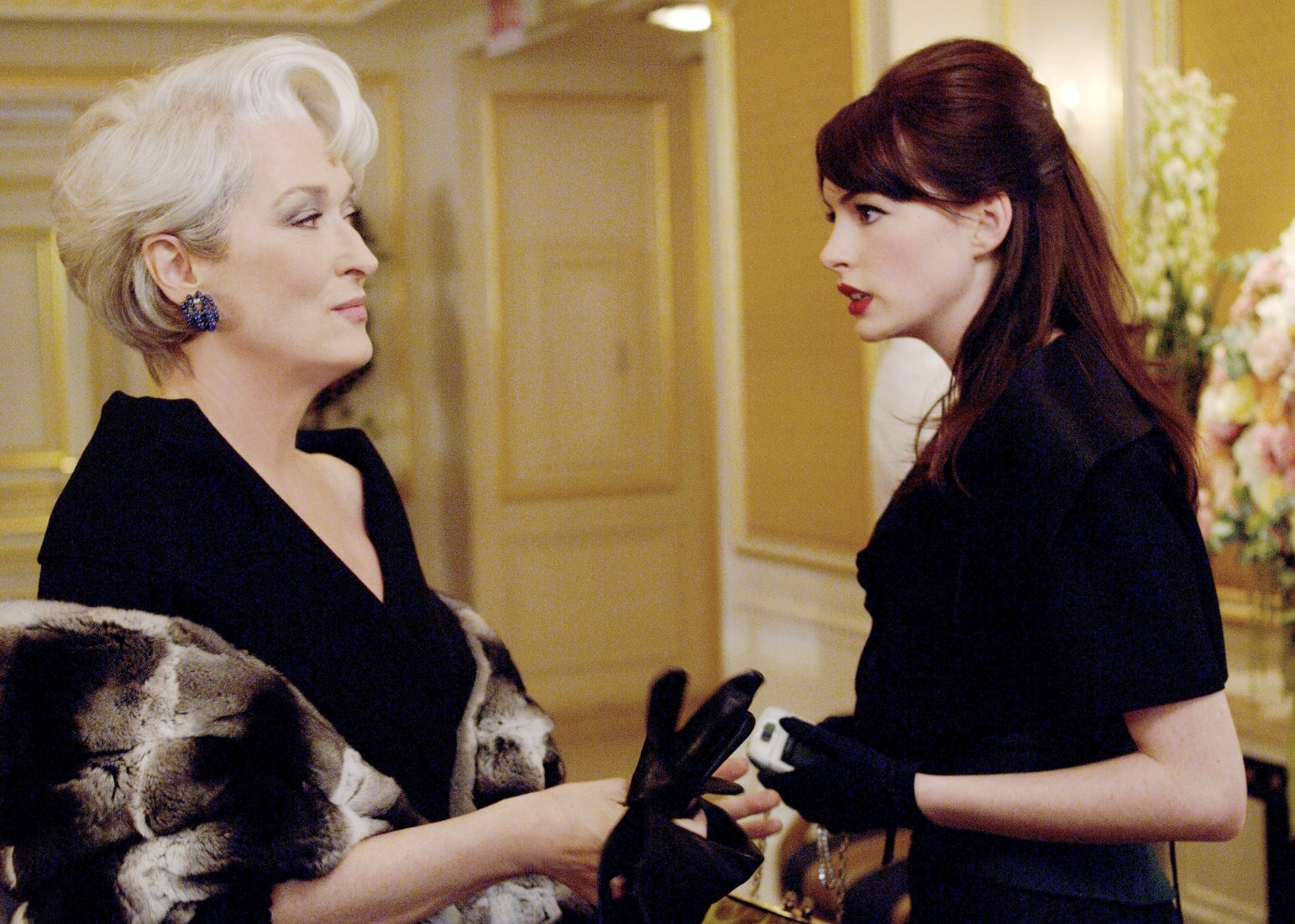 Adored yet feared by her staff, Miranda Priestly (Meryl Streep) is the famed editor in chief of the fictional fashion publication Runway. The film follows aspiring journalist Andrea Sachs (Anne Hathaway) who is fresh out of college when she lands what many would consider a dream job: junior assistant to the famed (and infamous) Priestly. However, Andrea soon learns that all that glitters isn’t gold—Priestly is intimidating, has many unreasonable demands, and is sometimes downright cruel. To keep her high-level position at the publication, Priestly even betrays her friend Nigel (Stanley Tucci), an art director at the magazine.

The film, which earned two Oscar nominations, was inspired by a 2003 book of the same title written by Lauren Weisberger, a former personal assistant to Anna Wintour, the notorious editor in chief of Vogue magazine. 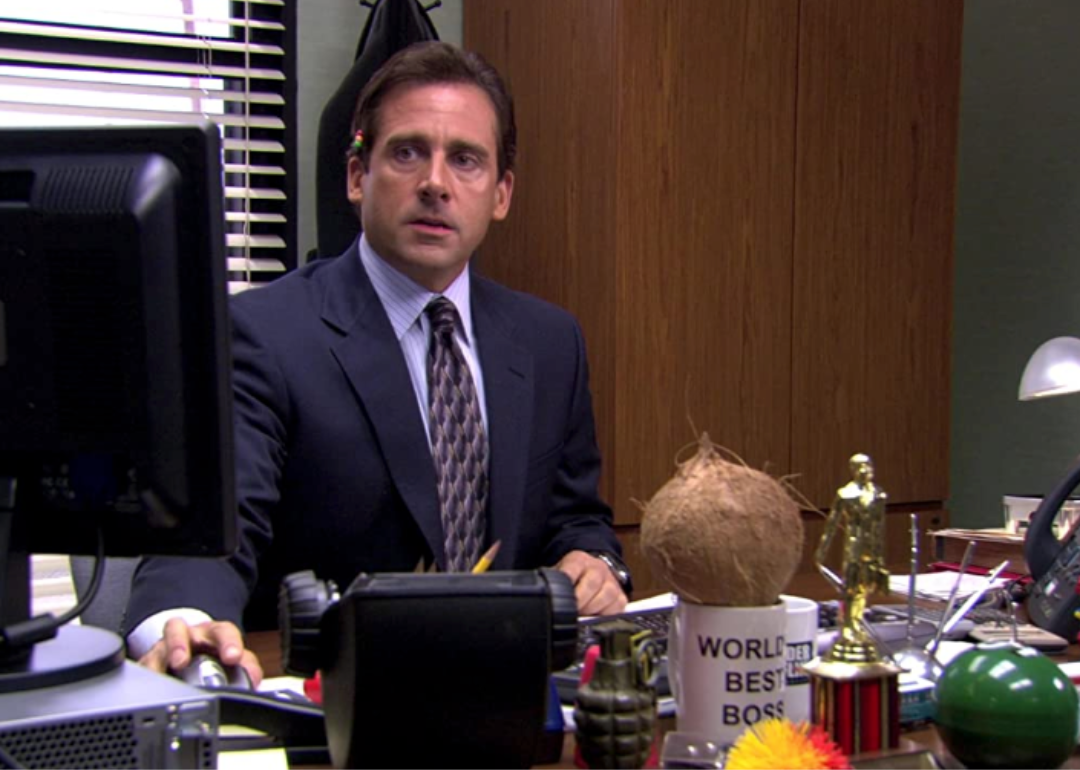 Michael Scott from ‘The Office’

Michael Scott (Steve Carell) is the obnoxious regional manager of Dunder Mifflin, a fictional paper supply company from “The Office.” Michael craves attention and desperately needs to be liked by everyone. Michael went so far as to proclaim himself the “World’s Best Boss,” despite being clueless about his inappropriate, arrogant behavior.

In season one’s “Diversity Day” episode, for example, Michael comes up with the madcap idea to stick cards labeled with various ethnicities on his employees’ foreheads and insists they speak to one another according to these ethnic markers. The episode, written by “Office” castmate B.J. Novak, was a satirical approach to diversity policies in the workplace.

Michael’s character evolves as “The Office” progresses. He displays less erratic behavior and a more sensitive side of his personality—although that doesn’t exactly make him any easier to work with—or tolerate. 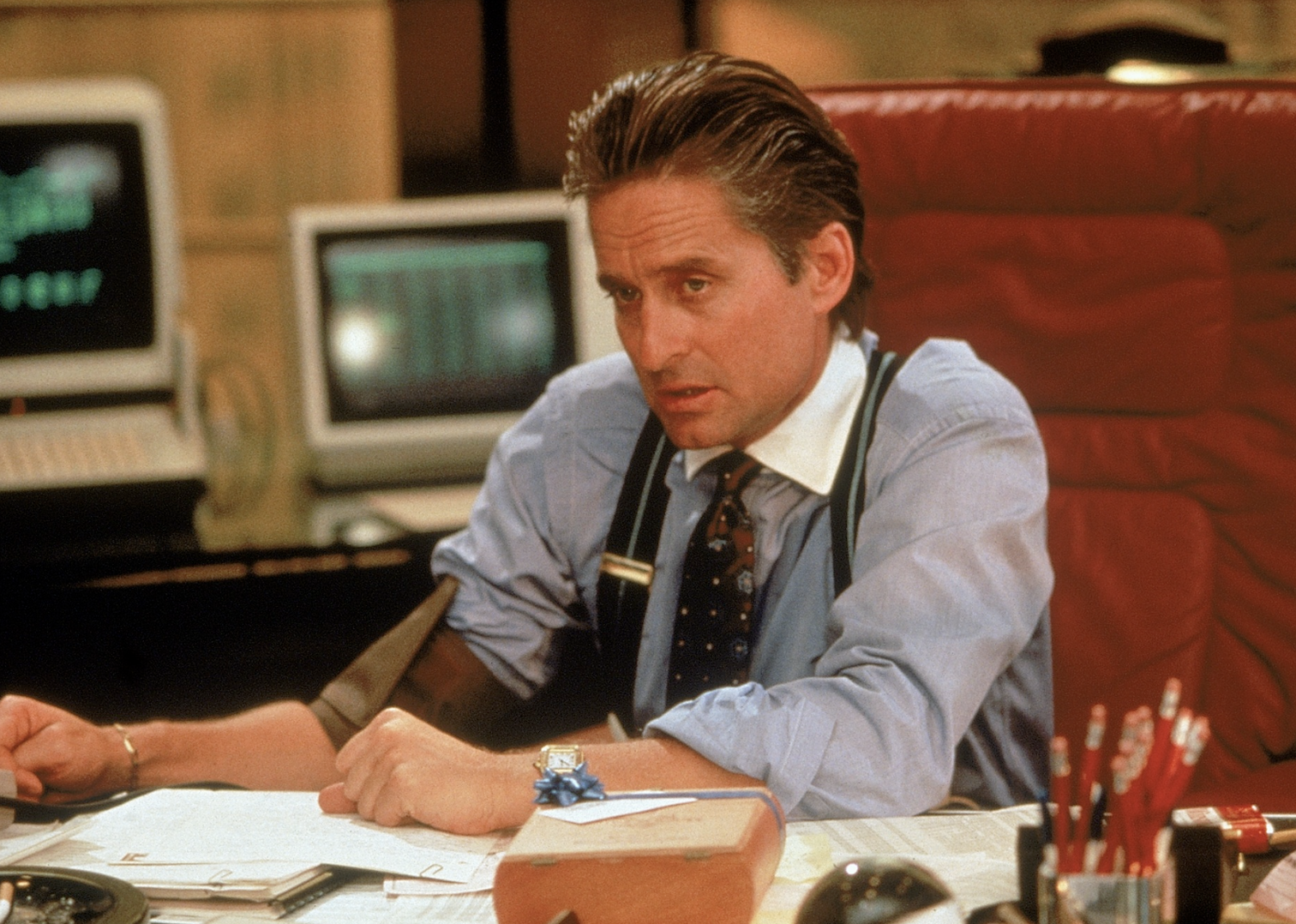 “Greed is good.” With those three words, Gordon Gekko (Michael Douglas) seemed to encapsulate the entirety of Wall Street in the 1980s. A money-hungry investment banker determined to be on top, Gordon’s greed and ruthless disposition have already established his reputation as a shark in the finance world. However, younger brokers still look up to him, especially Bud Fox (Charlie Sheen), to whom Gordon eventually serves as a mentor, demanding loyalty at all costs.

Born on Long Island with a middle-class upbringing, Gordon takes pride in having accumulated his wealth on his own merit without certain privileges. The narcissistic Wall Street player eventually falls under the scrutiny of law enforcement, which Fox assists after Gordon attempts to dismantle the airline Fox’s father has worked at his entire life. Douglas’ portrayal of the villainous character earned him the Academy Award for Best Actor in 1988. 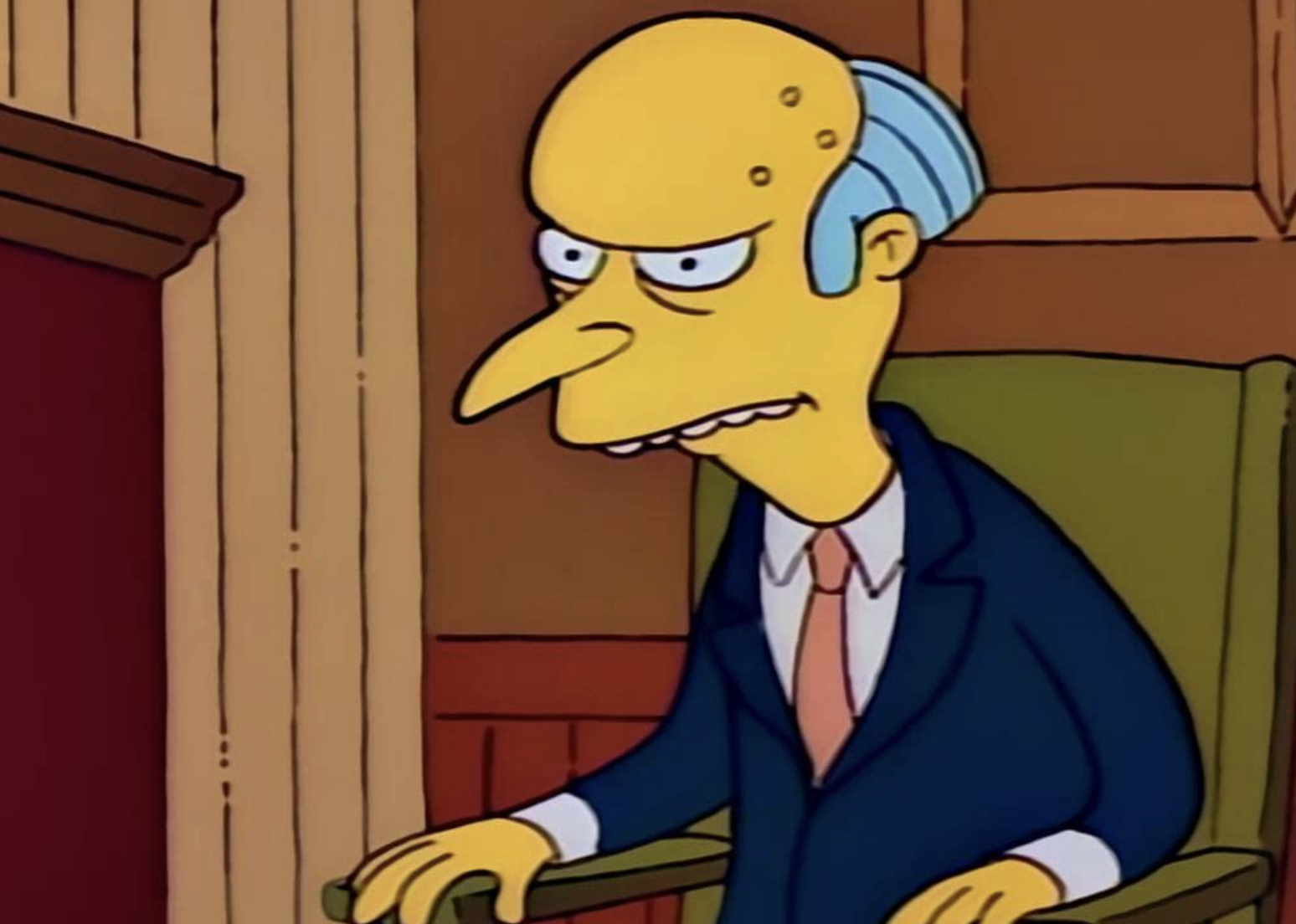 Mr. Burns from ‘The Simpsons’

Mr. Burns is Homer Simpson’s rich, greedy, and devious boss in “The Simpsons,” the longest-running animated TV show in U.S. history. Mr. Burns heads the Springfield Nuclear Power Plant and has little concern for the environment and the negative effects of his business on the town. At one point, Mr. Burns created a device to block out the sun to get people to use more of his electricity.

Despite his selfish ways, his character grew in popularity, largely due to Mr. Burns’ portrayal as a satirical figure in corporate America. Viewers tuned in each week to watch his outlandish, villainous antics, from his inability to remember the names of his employees, consider their well-being, or put aside his greed for personal wealth and power. 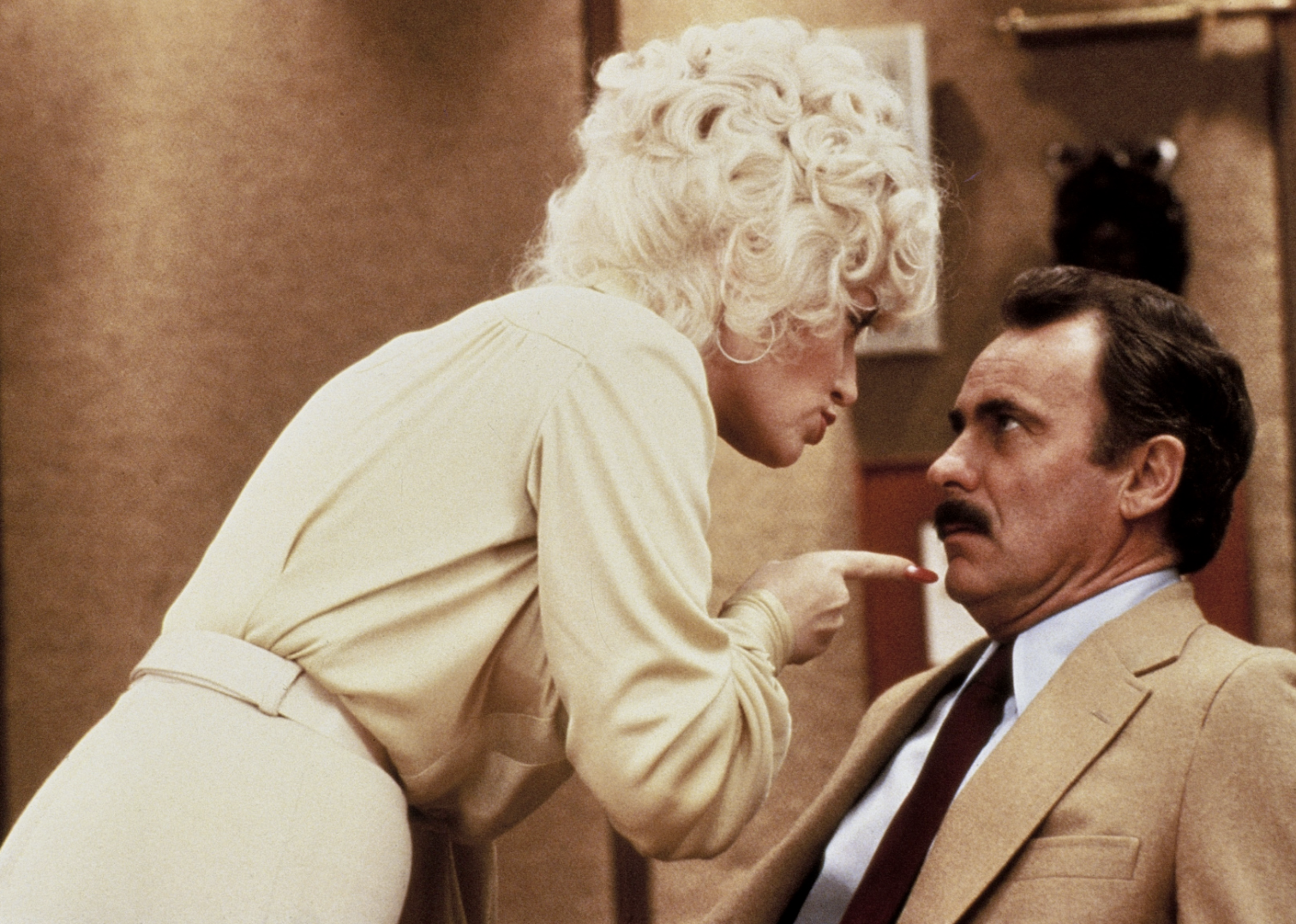 Frank Hart from ‘Nine to Five’

In this ’80s comedy film, Judy Bernly (Jane Fonda) seeks a fresh start after her husband leaves her for his secretary. Judy’s journey leads her to a new job at Consolidated Companies, where she is hired to work under Frank Hart (Dabney Coleman). Frank constantly flirts with his secretary, Doralee Rhodes (Dolly Parton), who isn’t keen on his advances, and he even spreads rumors that he and Doralee had an affair, leading the staff to shun her. As described several times throughout the movie, Frank is a “sexist, egotistical, lying, hypocritical bigot.”

In the film, Frank supervises Judy, Doralee, and Violet (Lily Tomlin) and refers to the women as his “girls.” Frank uses another employee, Roz (Elizabeth Wilson), who is unfailingly loyal to him, as a corporate spy. He assumes credit for Violet’s ideas and tries to embezzle money from the company. The movie, originally Fonda’s idea, was supposed to be a drama inspired by her friend who, at the time, had recently started a 9-to-5 job in Boston. 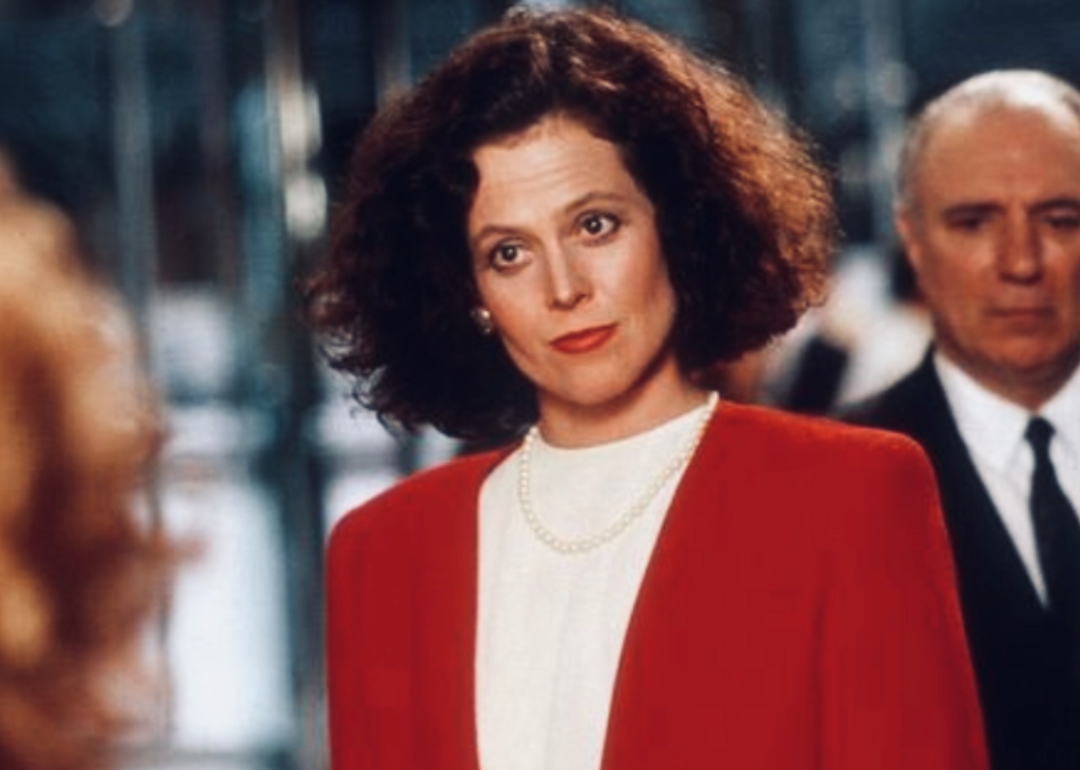 Sigourney Weaver delighted fans in her role as the quintessential antagonist boss Katharine Parker in 1988’s “Working Girl.” Parker initially impresses her secretary, Tess McGill (Melanie Griffith), who believes she is a fellow hard-working woman fighting to make her mark in a misogynistic world—but it isn’t long before Parker is passing off one of McGill’s big ideas as her own. Weaver seamlessly embodied the villainous traits of Parker, underestimating her subordinate and blinding herself with her own greed and arrogance.

“Working Girl” has the requisite comeuppance of myriad ’80s films, giving undervalued workers everywhere—namely women—the chance to see the underdog have her day. 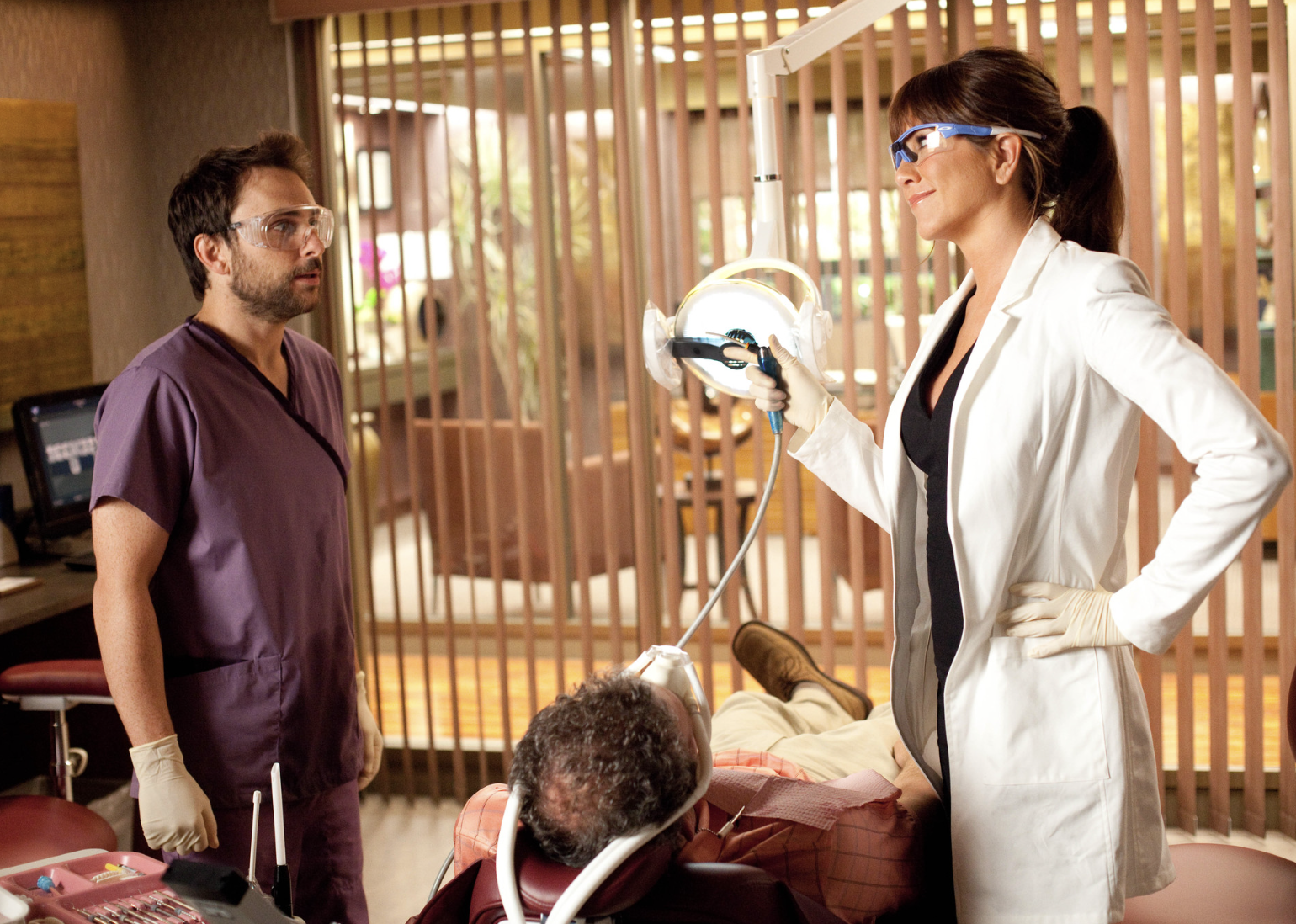 The dark comedy “Horrible Bosses” follows three friends—Nick Hendricks (Jason Bateman), Kurt Buckman (Jason Sudeikis), and Dale Arbus (Charlie Day)—who all want to do well and advance in their careers. However, they all share a rather unfortunate commonality: an awful, manipulative, dishonest boss.

One dangles a promotion that never comes to fruition, another inherits his father’s company and risks running it into the ground, but Dale’s boss manages to top all of them for horrible behavior. At his job as a dental hygienist, Dale is sexually harassed by his manipulative boss, Dr. Julia Harris (Jennifer Aniston). The intimidation and belittlement mount as the dentist approaches him in various states of undress, leading to attempts at blackmail, crossing solidly over the line into harassing–and highly illegal—workplace behavior. 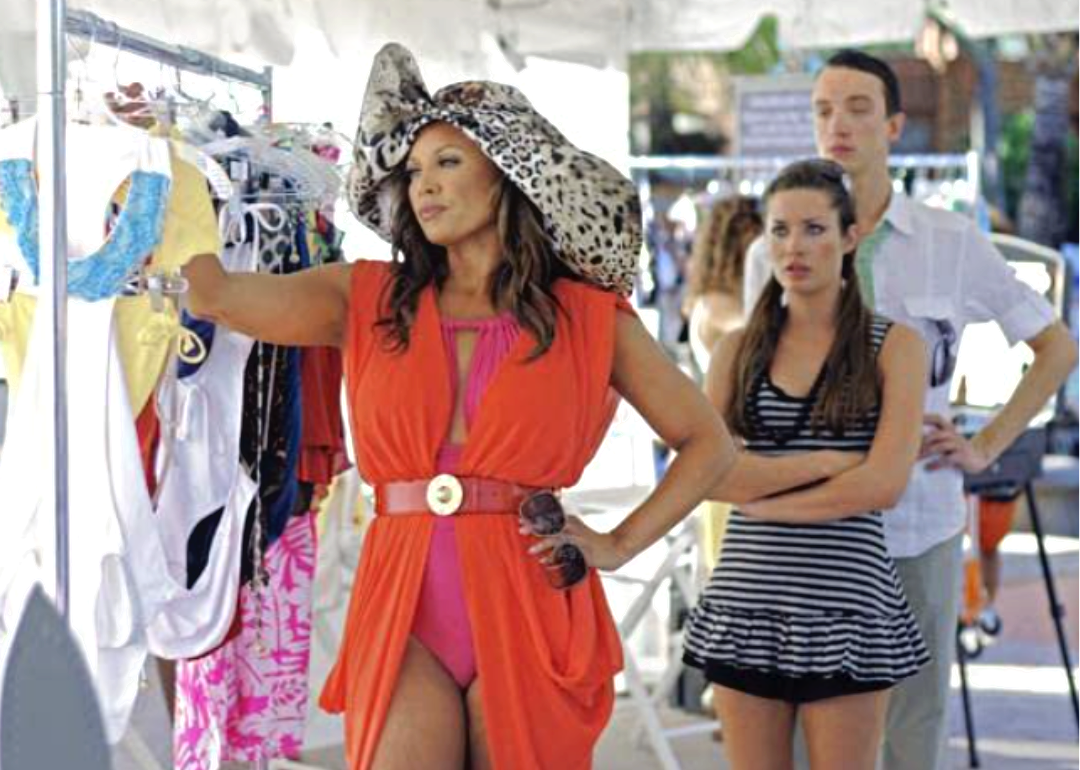 In “Ugly Betty,” Wilhelmina Slater (Vanessa Williams) is a self-absorbed former supermodel who works as the creative director for Mode, a high fashion magazine.

Wilhelmina has worked for the magazine for over 20 years and is determined to become the publication’s editor-in-chief. The chairman of the magazine’s publishing company, however, has other ideas and appoints his son, Daniel Meade (Eric Mabius)—who doesn’t have a clue about fashion—to lead the magazine instead. Daniel’s new assistant, Betty Suarez (America Ferrera), somehow ends up at Mode despite her lack of style and naive demeanor.

Wilhelmina plots several attempts to throw Daniel off course because of Betty, but her plans are often thwarted. Over the years, Wilhelmina has acquired several underlings in the fashion industry to help carry out her devious schemes and even keeps tabs on other high-profile figures with the information she could possibly use to blackmail them if need be.

This story originally appeared on Pyn and was produced and
distributed in partnership with Stacker Studio.