Different movies with the same plots 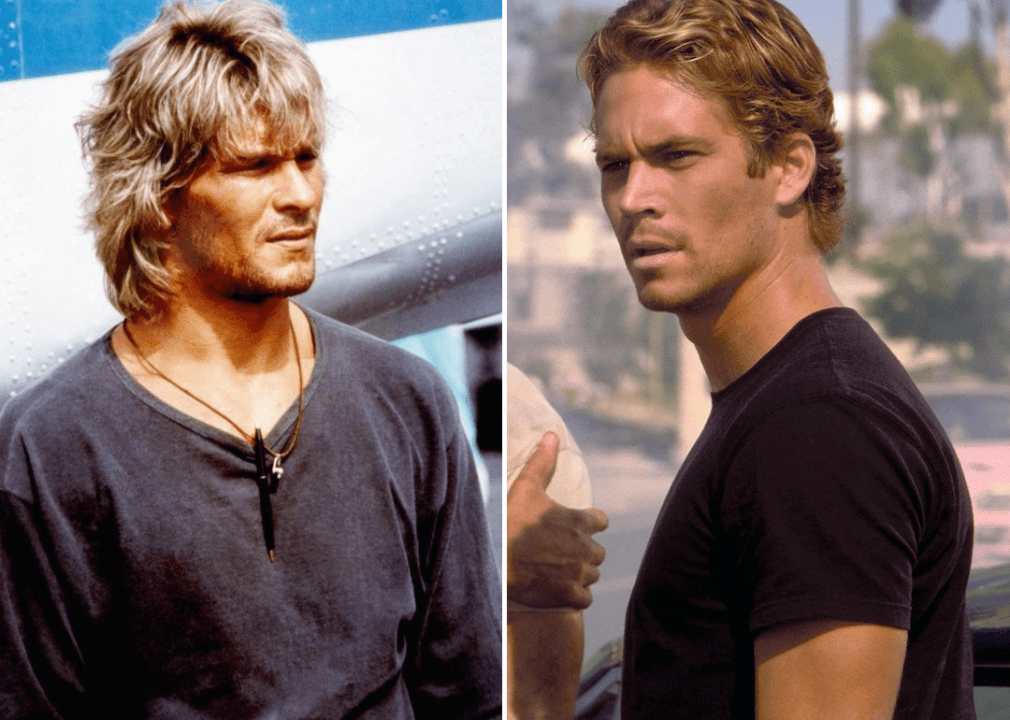 Different movies with the same plots

Thematically, all storytelling follows one of four basic conflict narratives: man vs. man, man vs. nature, man vs. himself, and man vs. society. In film as in literature, these narrative frameworks are used across genres to tell stories of epic adventures, timeless romance, and remarkable self-discovery.

It stands to reason, then, that many plots in modern-day stories—even across continents, time periods, planets, and dimensions—echo each other’s plot arcs. It’s typical that even the most original works of art nowadays owe credit to others that came before, in some cases dating all the way back to ancient myth. In film, scripts can get bounced around studios so much that if they seem lucrative it’s not unheard of for one studio to pick it up while another takes the same idea and gives it a slight spin in order to capitalize off it, too. Art imitates art.

Thus, one way or another, you get a lot of films that are very much alike—and not just in a “Star Wars is a Western” kind of a way. Occasionally, directors will be open about their inspirations from, or reimagining of, previous films; and sometimes it’s just a total coincidence. Or is it?

For this list, Stacker found 15 pairs of films that have eerily similar plots. Of course, the movies differ in many ways, too. In several cases, the same plot is dressed in a different setting or genre to make it seem like something else entirely. But all pairs of movies on this list have the same basic plot once you strip away the details. Check out these films that you may never have realized are more similar than you thought.

You may also like: Oscar Best Actress Winner from the Year You Were Born 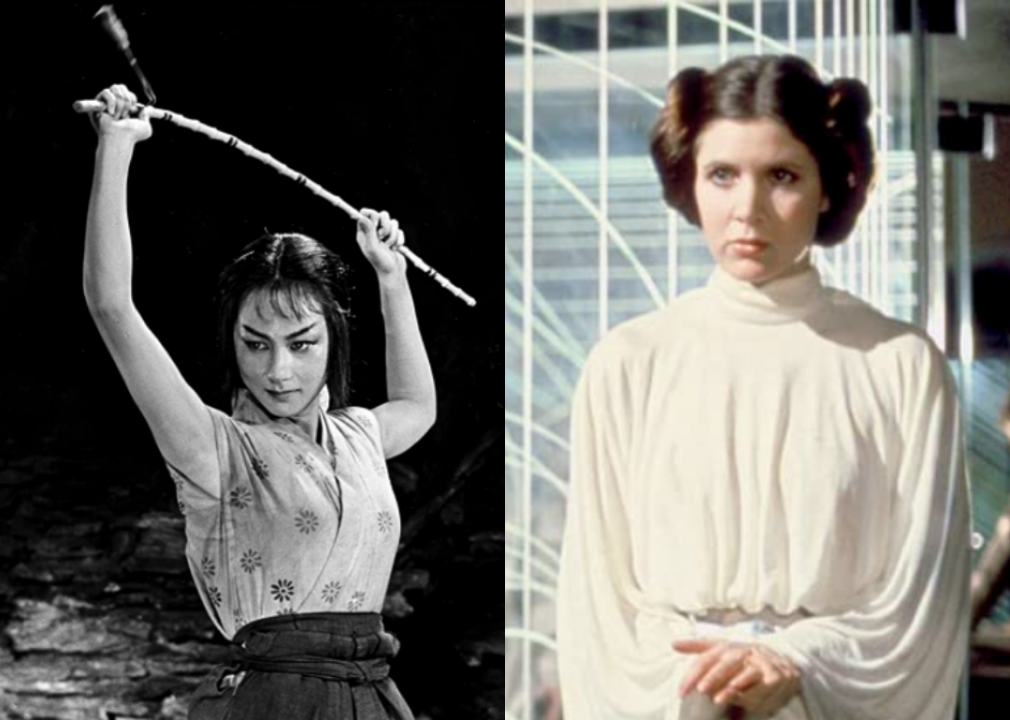 ‘The Hidden Fortress’ and ‘Star Wars’

“The Hidden Fortress” follows two Japanese peasants who, in their efforts to escape a war, agree to help a man and woman across enemy lines. The peasants are unaware that the man is a general and the woman is a princess. If that already sounds a bit familiar, George Lucas admitted that Akira Kurosawa’s classic 1958 picture greatly inspired him in the making of “Star Wars,” and many similarities can be found throughout. This includes telling the story from a peasants’-eye view (the peasants being C-3PO and R2-D2); the filmmaking techniques and scene transitions used; a slaveowner comparable to Jabba the Hutt; and the use of handmaidens, as seen in “The Phantom Menace.” 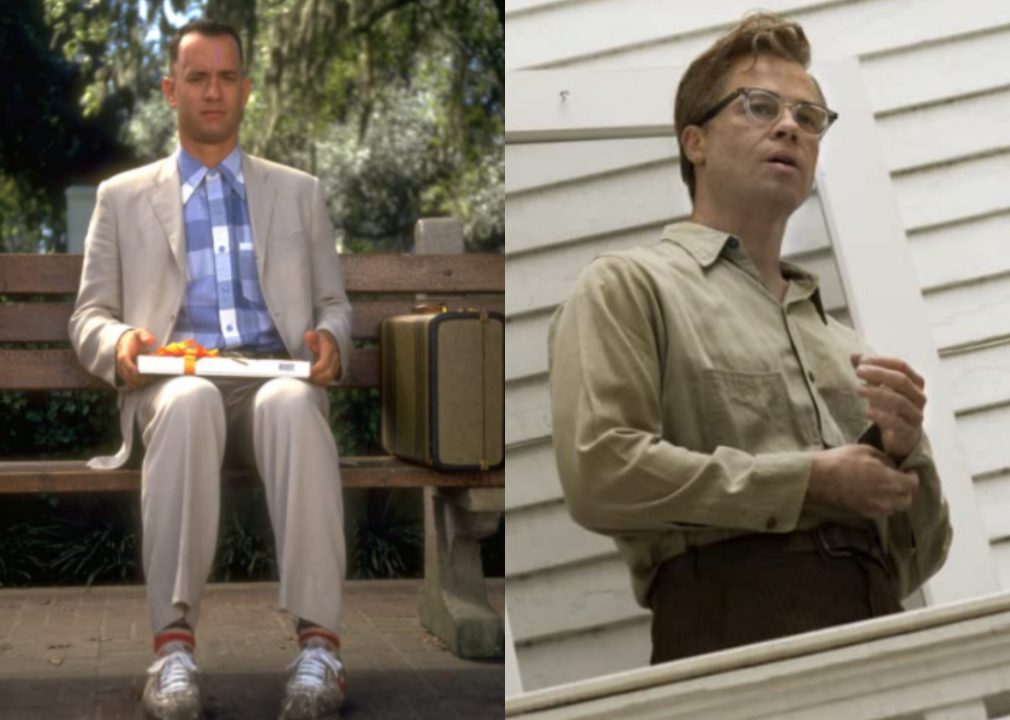 ‘Forrest Gump’ and ‘The Curious Case of Benjamin Button’

Two films about men “born into unusual circumstances” chronicle their life and times in a similar fashion—in fact, they’re both adapted from their respective source material by the same screenwriter. “Forrest Gump” follows a mentally disabled man and “Benjamin Button” follows a man born old who ages backward, both of whom end up being part of great historical moments. Both films chart the lives of men who are different from others, who have a lovesick romance with a woman from their childhood, and they even share similar themes of personal freedom. 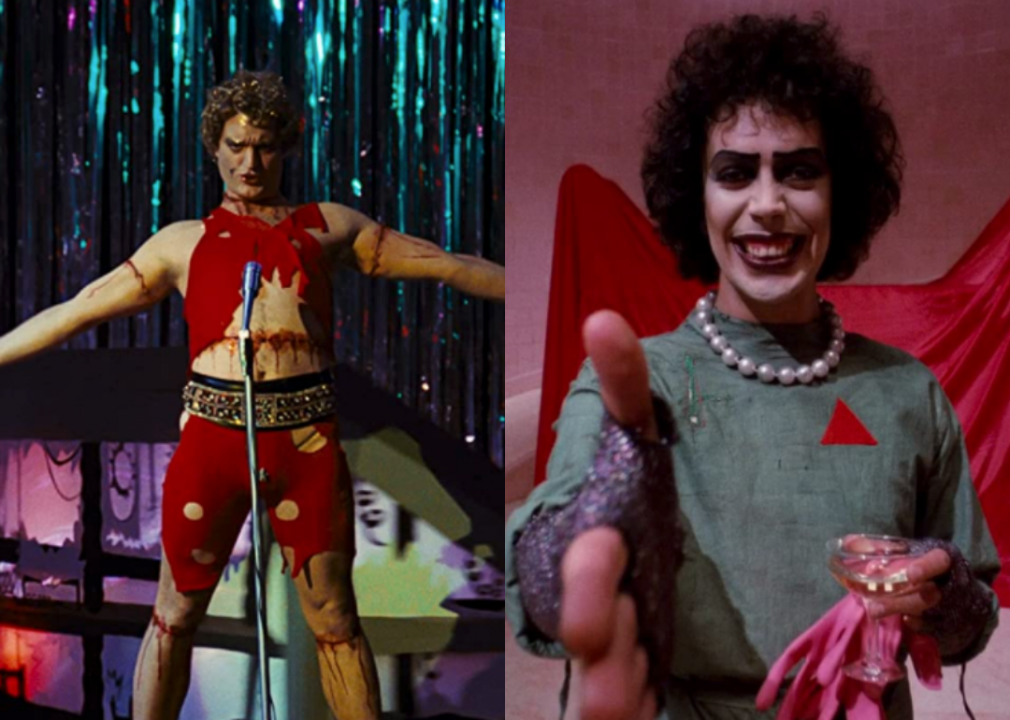 ‘Phantom of the Paradise’ and ‘The Rocky Horror Picture Show’

These stylish, horror rock operas don’t just happen to share genres. “Phantom of the Paradise” and “The Rocky Horror Picture Show” also share plotlines so similar that they were actually billed as double features for a while. They both parody and are inspired by a slew of classic horror tropes, center on mad scientist creator pining after a love interest, and offer commentary on subversive gender roles, notwithstanding their similarly colorful aesthetics and art design. Though both are considered cult classics, fans of “Phantom of the Paradise” feel it is unjustly overshadowed in its legacy by “Rocky Horror” despite coming out a year earlier. 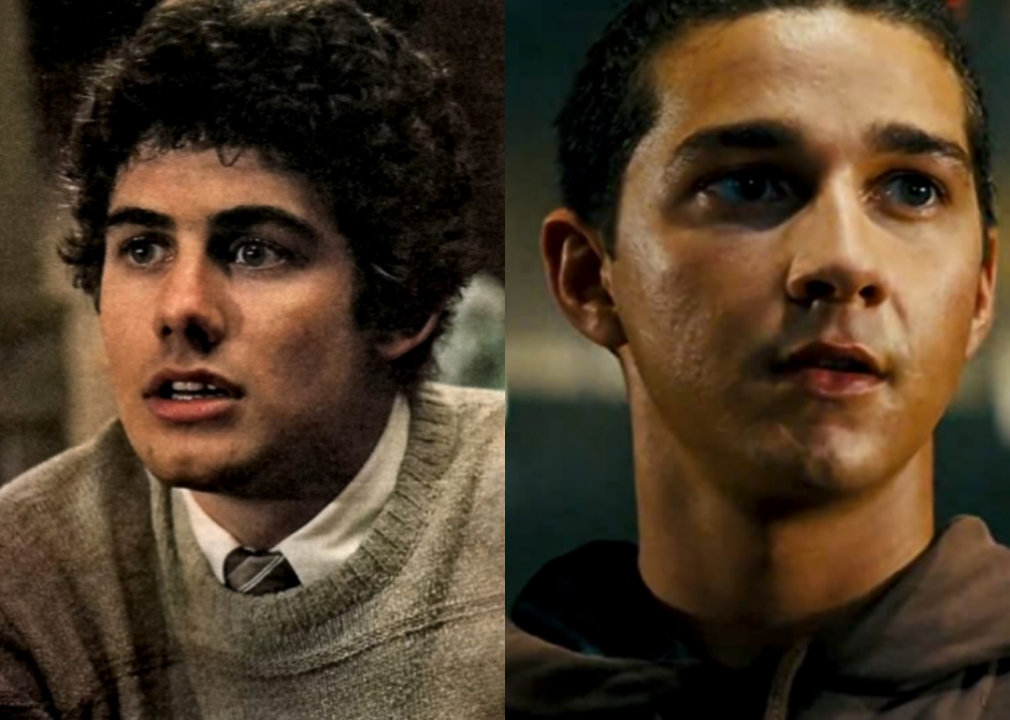 While these two “monster” films seem like they’re on opposite ends of the spectrum, they draw more of a resemblance than one might think. In fact, an eagle-eyed YouTuber made a persuasive argument that the two are actually the same film, and created a video listing dozens of points to prove it. These include oddly similar plot details that include an old man discovering an alien creature, lead characters with similar family structures, and even each lead character receiving an alien instead of the car he expected. 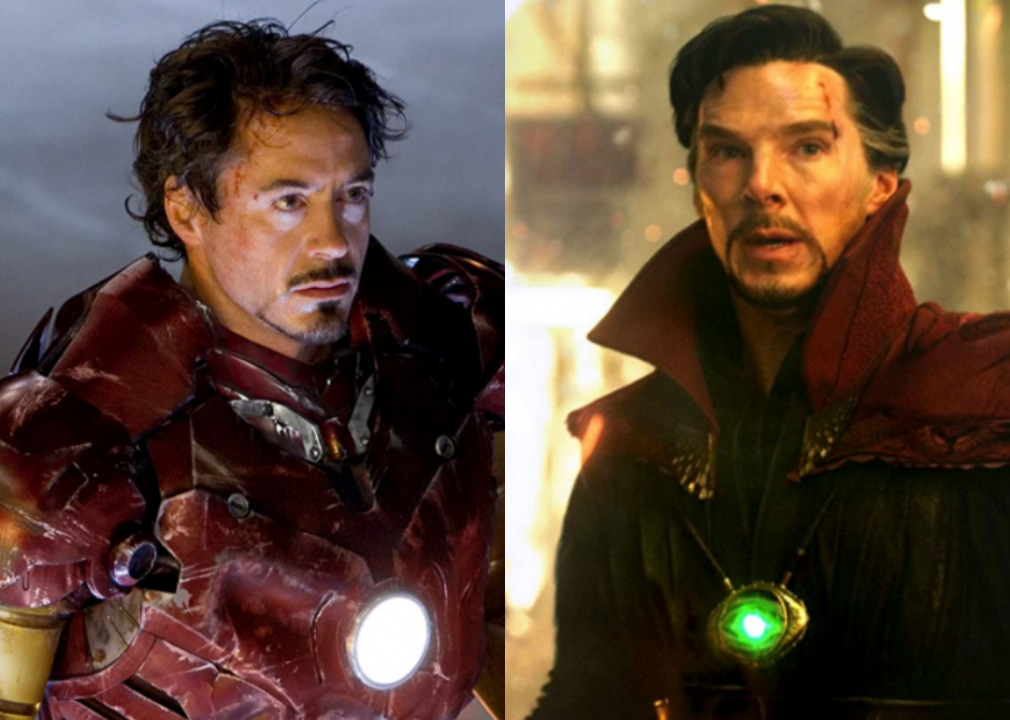 It should come as no surprise that two films in the same connected, cinematic universe ended up sharing similarities, notwithstanding the fact that Tony Stark actually becomes Doctor Strange in the comics. But fans of the origin story films have drawn comparisons between the general outline of the plots and the trajectory of Tony Stark and Doctor Stephen Strange: Two wealthy, arrogant men who sustain debilitating injuries seek out unorthodox treatments and end up utilizing their genius to become superheroes. Some even went as far as to dub “Doctor Strange” a “rebooted ‘Iron Man.'” ‘The Fugitive’ and ‘Minority Report’

Philip K. Dick’s 1956 short sci-fi novella “Minority Report” loosely inspired Steven Spielberg’s 2002 sci-fi drama of the same name. But even a casual viewer can’t help but draw similarities to 1993’s “The Fugitive,” which stars Harrison Ford in a storyline borrowed from the true crime story of Sam Sheppard. Beyond both films being led by an action star who’s on the run from the law, online sleuths and critics have found numerous other links: Both main characters are framed for crimes they didn’t commit, spotted on subways by riders who saw them in newspapers, change their appearances in order to hide, and discover they were ultimately set up by colleagues. 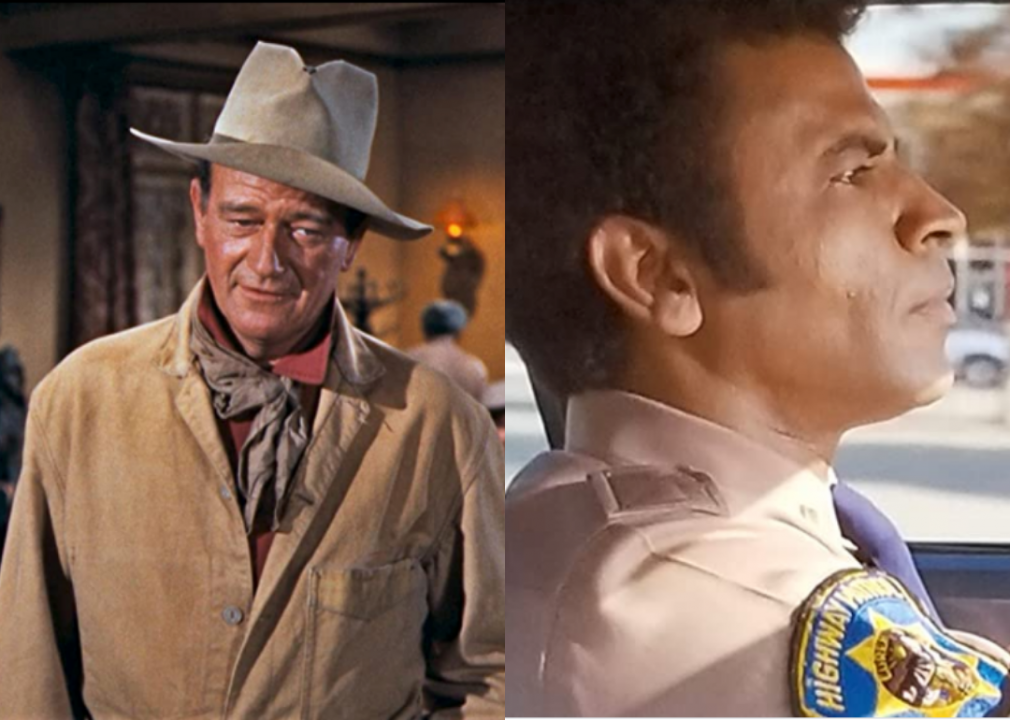 ‘Rio Bravo’ and ‘Assault on Precinct 13’

Horror director John Carpenter wanted to make a Western but lacked the required resources, so he fashioned the premise of the John Wayne classic “Rio Bravo” into the contemporary setting that was “Assault on Precinct 13.” “Assault” is ultimately a far different film than the Howard Hawks Western—but both films follow an outnumbered group of hold-outs facing a last stand against a larger opposing threat; people unite in both movies in a time of crisis; and one the character Lee in “Assault” is a direct reference to a character in “Rio Bravo.” 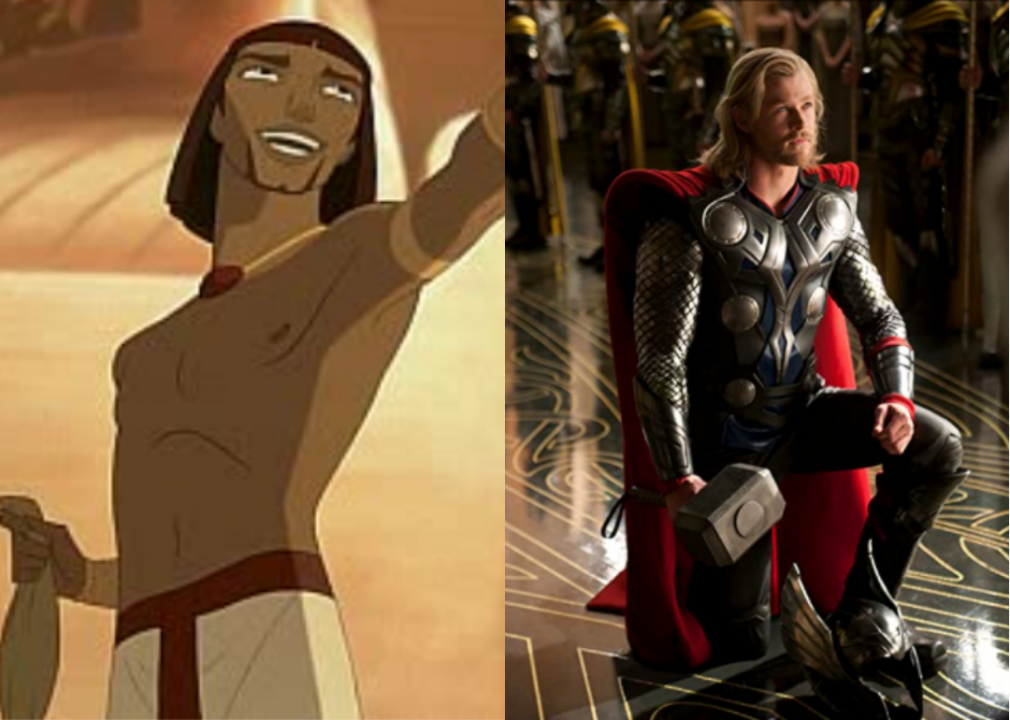 ‘The Prince of Egypt’ and ‘Thor’

Fans of the animated film “The Prince of Egypt” have spotted multiple uncanny parallels between this 1998 Dreamworks retelling of “The Book of Exodus” and the first “Thor” film. Sure, both stories center on brothers from noble families at odds with one another over their claims to the throne. But audiences have also noted similarities in dialogue between the two films as well as the first “Avengers” installment, leading some to believe the arc of Marvel’s Thor character was directly inspired by “The Prince of Egypt.” 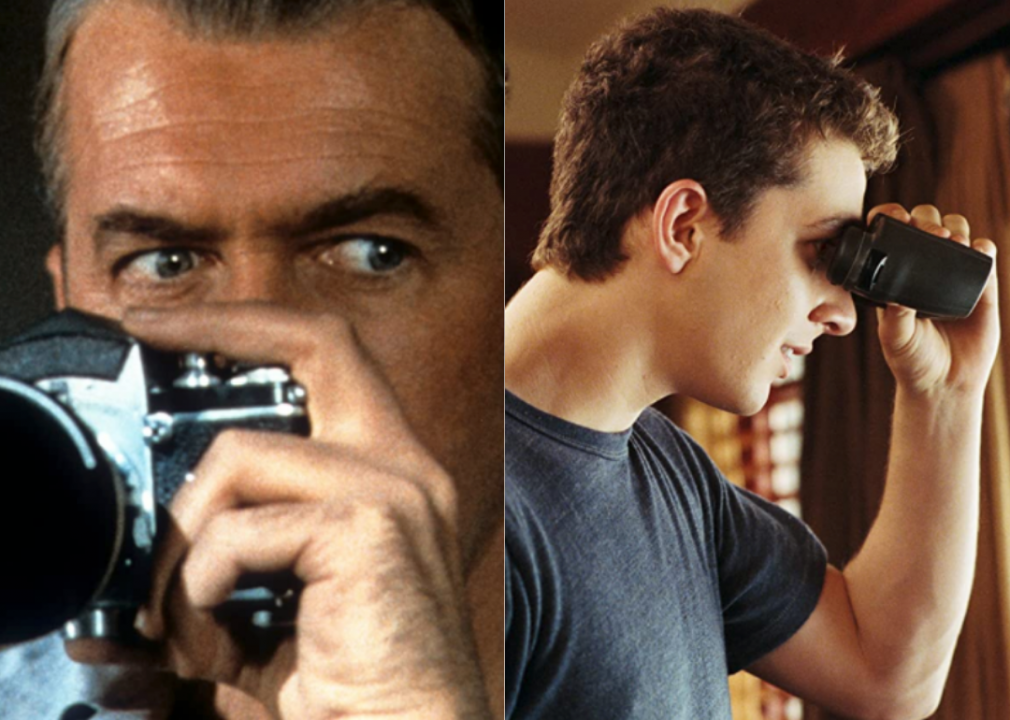 The resemblance between these two voyeuristic films was so prominent that one of them was taken to court over it, but the case was dismissed in 2010 due to the similarities simply being too general. While a judge determined “Disturbia” did not steal from the classic Alfred Hitchcock thriller and the short story it was based on, both films are about men confined to their homes who begin a hobby as a peeping tom and who end up convinced that their neighbor is a murderer. 2021’s “Woman in the Window,” based on the 2018 novel of the same name, is another, more recent iteration of the same concept. 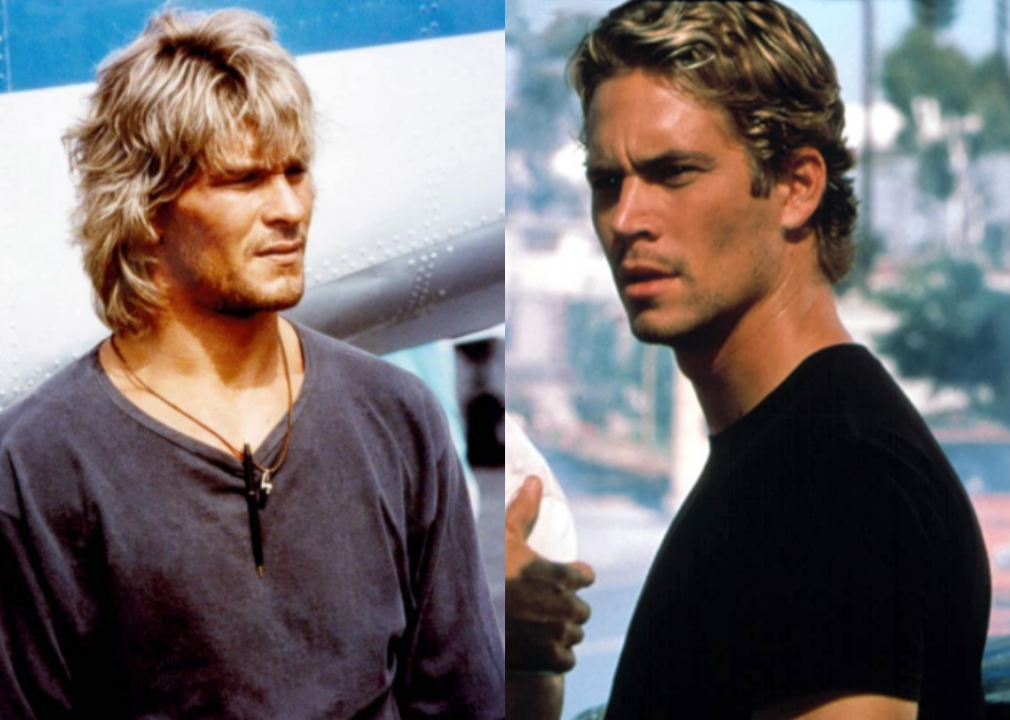 ‘Point Break’ and ‘The Fast and the Furious’

One’s about fast cars, the other’s about fast surfers, but people have noticed some striking parallels between “Point Break” and “The Fast and the Furious.” They both track an undercover FBI agent infiltrating a group of sportsmen for criminal activity, both agents fall in love with waitresses affiliated with the criminals; and both films even feature scenes in which the agent and head criminal bond over shrimp at the beach. An extremely funny and helpful guide posits that they’re not just similar, but exactly the same film—save for Vin Diesel’s inclusion, of course.

You may also like: Ranking The Best Years in Movie History 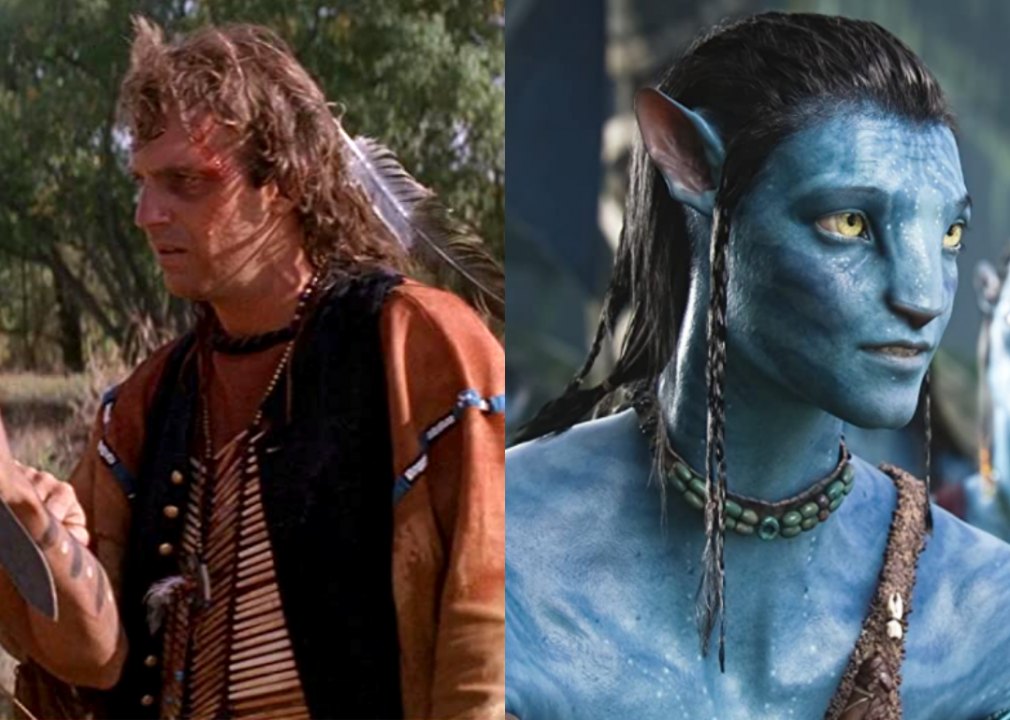 ‘Dances With Wolves’ and ‘Avatar’

James Cameron has actually gone on record to admit “Dances with Wolves” was a reference point for his 2009 sci-fi film “Avatar,” which is why many people have noticed that the two are practically the same film. In each film, the leading men leave their own worlds behind for new worlds, both of them have leg injuries, become assimilated with the native peoples, fall in love, and eventually go to battle. Despite how technically groundbreaking it was, some of us couldn’t help but feel like “Avatar” was a movie we’d seen before. 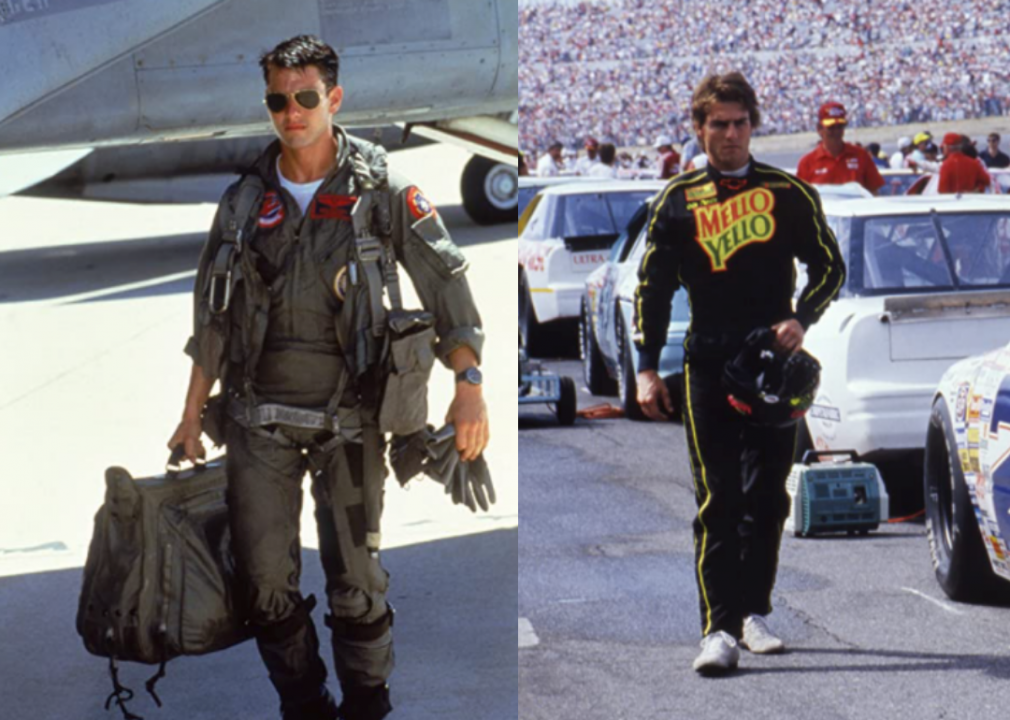 ‘Top Gun’ and ‘Days of Thunder’

The similarities are so strong with these two films that some people argue “Days of Thunder” is secretly just “Top Gun 2.” The former followed the latter by four years with the same director and producers on board, telling another story about a reckless young man trying to escape the shadow of his father, who releases his rage by helming a huge machine—this time, trading in planes for race cars. Both men also fall in love with a woman who doesn’t put up with his garbage and are up against a more level-headed antagonist. It’s hard to not at least take some cues from as influential a time-travel series as “The Terminator,” let alone its sequel. In “Looper,” we’re thrown into a future world where mobsters can send targets back into the past to be killed by a hitman. One such hitman, Joe (Joseph Gordon-Levitt), is eventually tasked with killing his future self. Similarly, in “Terminator 2,” John Connor (Michael Edwards) is targeted by a future Terminator robot and protected by one from the past. The character of Joe in “Looper” ends up aligned with both John Connor and the two versions of the Terminator, as well. ‘No Strings Attached’ and ‘Friends With Benefits’

It’s become something of a well-worn joke that, in the same year, we managed to get two romantic comedies about sleeping with your friend and attempting to keep things casual, in which one of the leads from one film even went on to marry one of the leads from the other film. Both films follow the same arc, touting a progressive approach to casual, platonic sex, then see their star couple eventually fall into a standard, monogamous relationship. However, it’s a documented phenomenon of films with similar plots being released within a very close timeframe. 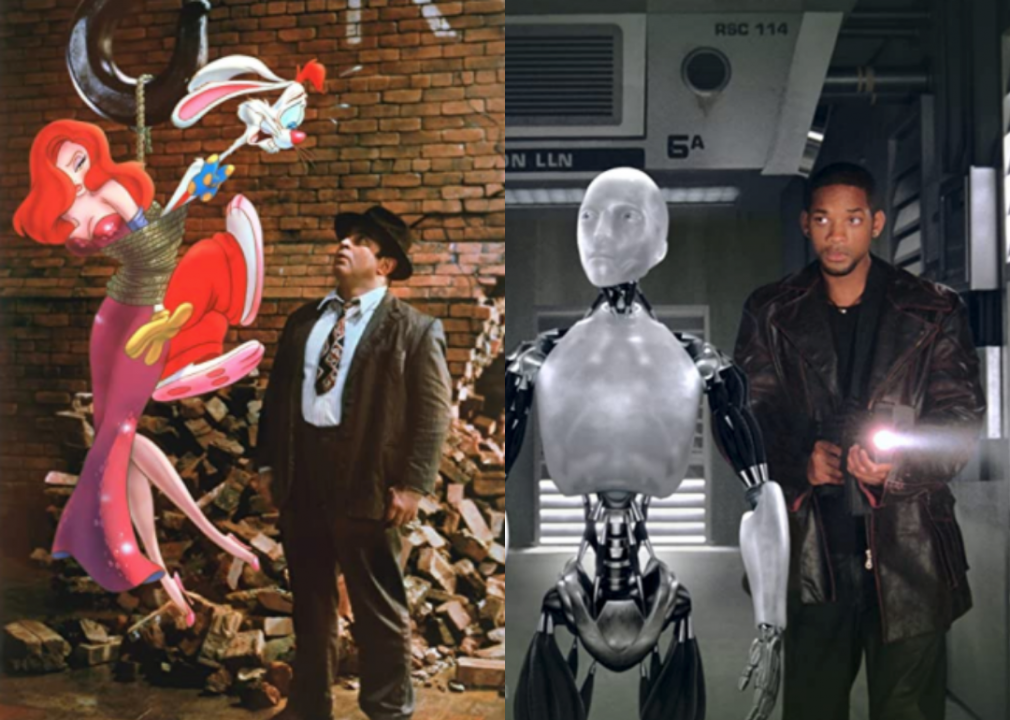 ‘Who Framed Roger Rabbit’ and ‘I, Robot’

Since the novel that “Who Framed Roger Rabbit” is based on came out almost 30 years after the short story collection that “I, Robot” was based on, it’s highly unlikely that the 2004 Will-Smith-led sci-fi film directly ripped off the 1988 comedy noir. Still, it’s indisputable that both films share some common threads. Both take place in a world in which humans and non-humans must co-exist, and one in which the detective protagonist doesn’t trust these non-humans while being thrown into an investigation that involves them. Eventually, the sinister plot is found to have been orchestrated by one such non-human in order to throw the rest of them under the bus.