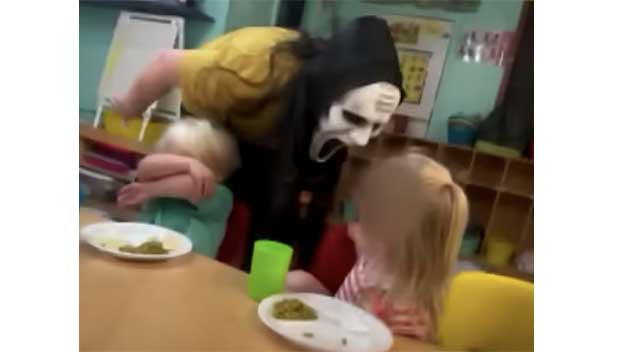 Five people have been charged after a video surfaced online showing a daycare worker scaring children at the center by wearing a “Scream” mask.

A fourth suspect, Traci Hutson, was charged with two misdemeanors, failure to report abuse and simple assault against a minor.

The incident happened at the Lil’ Blessings Daycare in Hamilton, Mississippi. The owner of the daycare was not charged. Four daycare employees were fired after the video surfaced.

Although the video that surfaced was recorded on October 4, but the owner told WTVA-TV that after the October 4 video was discovered she learned of a similar incident in September.