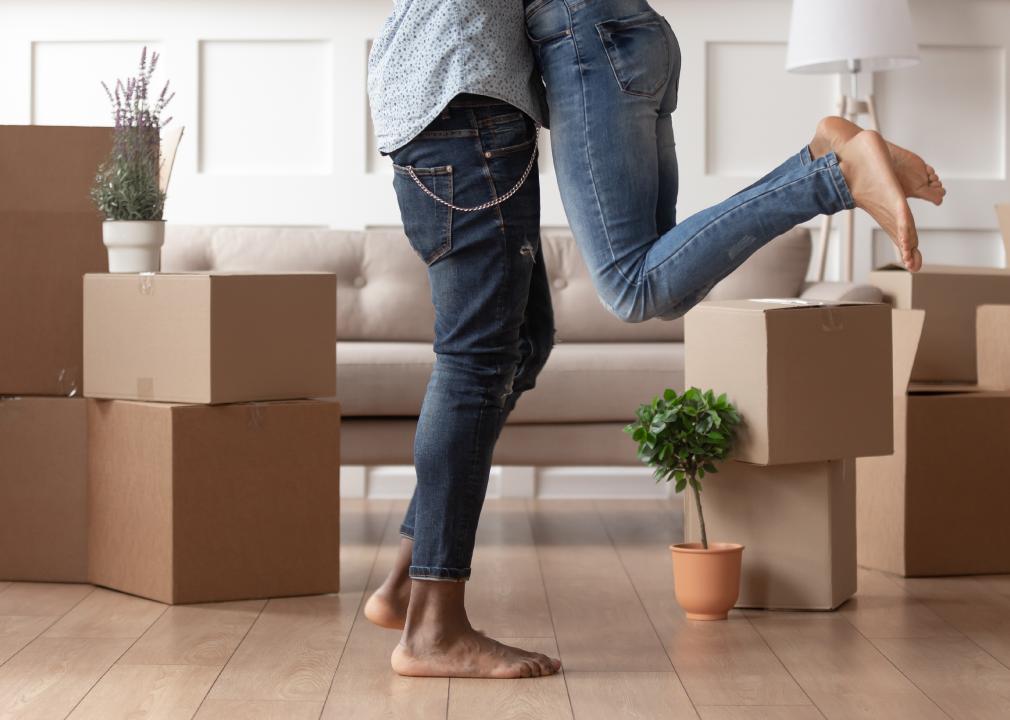 During the COVID-19 pandemic, many in the workforce started working from home for the first time. The impact of this switch from a traditional office space has been one of the most significant social changes brought on by the pandemic.

During the first year of the pandemic, from March 2020 to February 2021, the number of people who left denser urban areas (those in excess of 10,000 people per square mile) rose 17% to approximately 2.9 million. But by the following year, moves out of such urban areas returned to pre-pandemic levels. As more offices went remote during the pandemic, fewer people may have seen the need to move for a new job or work transfer. Consequently, even as companies urged employees to return to the office, many workers now prefer remote working conditions—at least part of the time.

While pandemic-related relocations are just one factor behind why someone may have moved, what is clear is that Americans are packing up for new homes less than before. Approximately 27 million people moved between 2020 and 2021, representing the lowest mover rate in over 70 years, according to the U.S. Census Bureau. The high cost of housing and dual-career households may play some role in this decline, according to the Harvard Joint Center for Housing Studies. This may be because single-income households and commuters generally have more mobility.

Still, 27 million movers is not a small number. For those who did move between 2020 and 2021, real estate platform ZeroDown examined the Census Bureau’s migration/geographic mobility data to uncover the reasons behind it. The survey is broken down into family-, economy-, and housing-related categories. Options that included “other reasons” were not included. The data collection occurred during the pandemic, which may have influenced response rates and 2021 estimates. The number of people who moved, given below, includes anyone who is aged 1 or older. 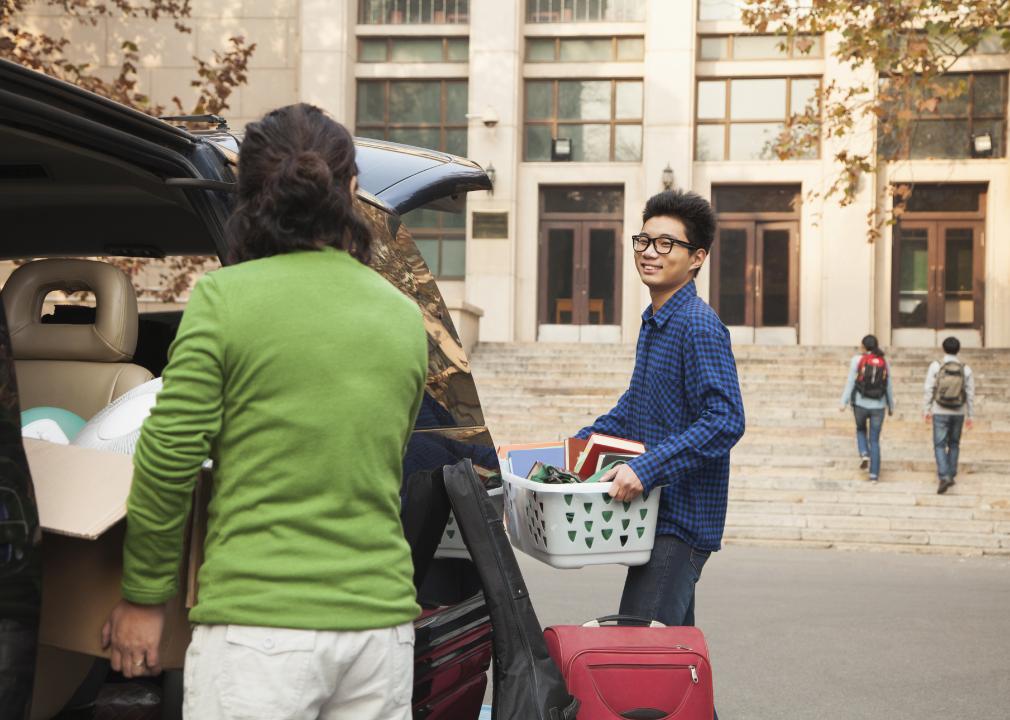 Nearly half of Americans moved away from home for college in 2020, the highest rate in 15 years, according to a 2021 study by moving assistance company HireAHelper. Those moves came despite the pandemic and the advent of widespread virtual classes. About 31% left their home state, though in 39 states, more students chose to attend in-state schools.

Nonetheless, the study found that the average distance of matriculation was 293 miles. Prestige schools such as Dartmouth, Yale, Notre Dame, and the Massachusetts Institute of Technology held the highest percentage of out-of-state admissions. 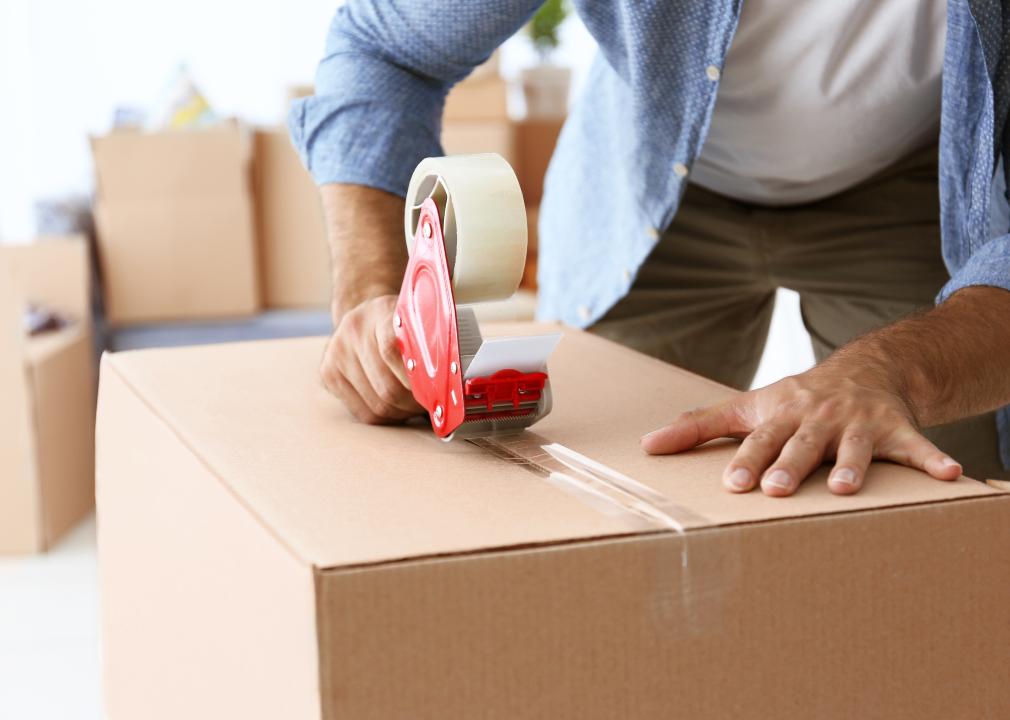 The number of unmarried partners living together has been on the rise in the U.S., according to a 2019 Pew Research Center survey of families. So it’s no surprise that choosing to move because of a relationship with an unmarried partner is among the top reasons for relocations. In fact, the Pew study found that the number of people who feel long-term couples need not marry (46%) is nearly neck and neck with those who feel couples are better off within the context of a marriage (53%).

The National Association of Realtors found that unmarried homebuyers are on the rise, though experts urge extra caution. Unmarried buyers have fewer protections than married couples—from specifying inheritance in a will to drawing up a contract stating how to split the property in the case of a breakup. 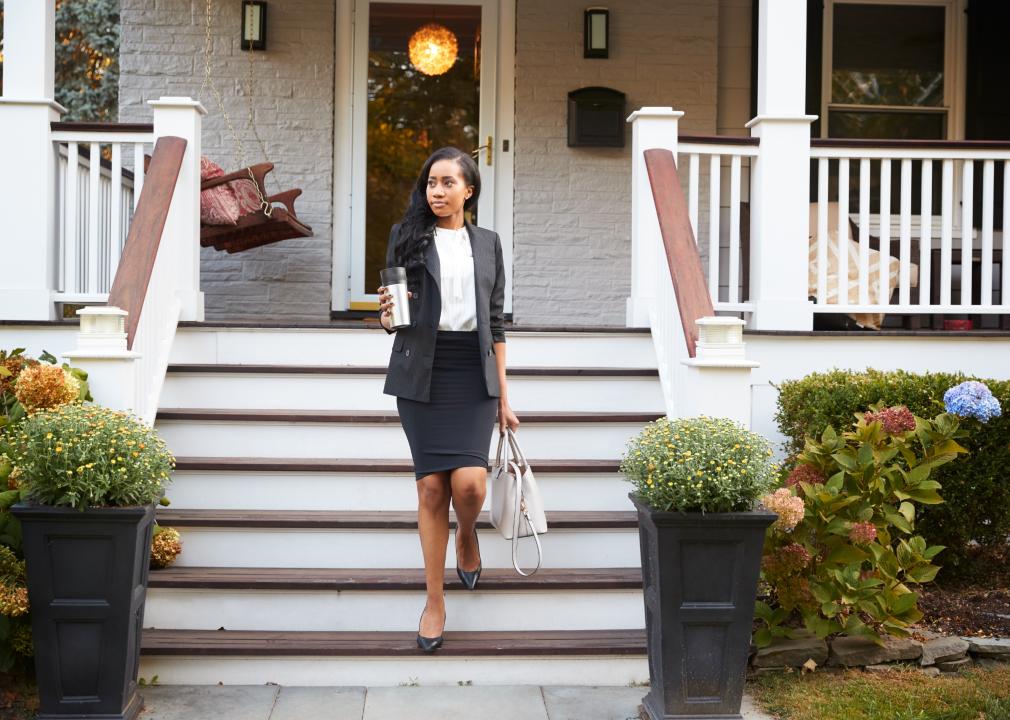 The pandemic sparked a sea change in many professions, with employees who were working from home reevaluating how far from the office they could live. For example, a recent survey by the Partnership for New York City found that nearly 80% of city employers anticipated and were preparing for a hybrid work environment moving forward. Meanwhile, just 8% of those surveyed remain fully remote. On an average workday, only about 38% of New Yorkers are in the office.

On a wider scale, Microsoft’s 2022 Annual Work Trend Index Report indicates that 50% of companies are planning to revert to a full five-day, in-office work week. The same survey shows that more than half of workers are now prioritizing work-life balance and personal well-being in a way they did not pre-pandemic, suggesting there will be a reckoning concerning companies’ demands for a return to a more traditional work model. 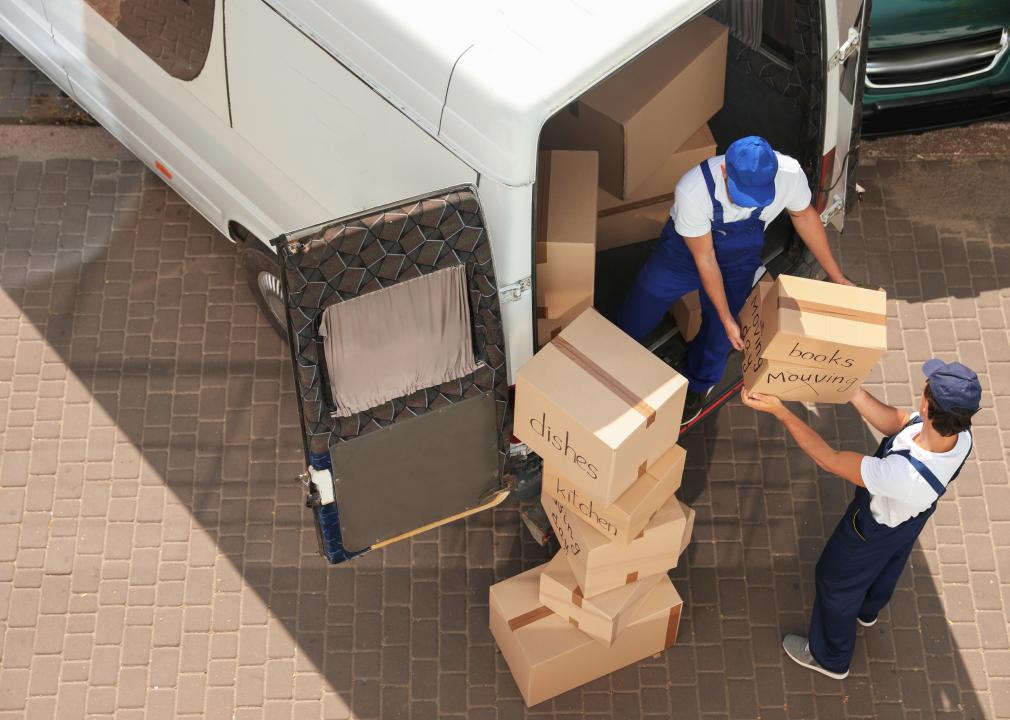 Delayed weddings were one fallout of the pandemic, so industry experts predict that 2022 will be quite the year for weddings. As reported by NPR, The Wedding Report, which tracks and quantifies data around weddings, indicates the number of couples expected to marry in 2022 will rise 15% more than usual. Eager to establish themselves in advance of the big day, many couples purchased their home prior to getting hitched. They were spurred by low interest rates, rising home prices (which motivated many buyers to enter the housing market before it climbed even higher), and restrictions on large gatherings.

Then there is the flipside of changing marital status. Divorce rates have lingered around 2–3% since 2016, just under half the rate of new marriages, according to the Centers for Disease Control and Prevention. Anecdotal evidence suggests divorces rose during the first year of the pandemic, but CDC data shows that not to be true—they actually dropped by nearly 150,000 cases in 2020. 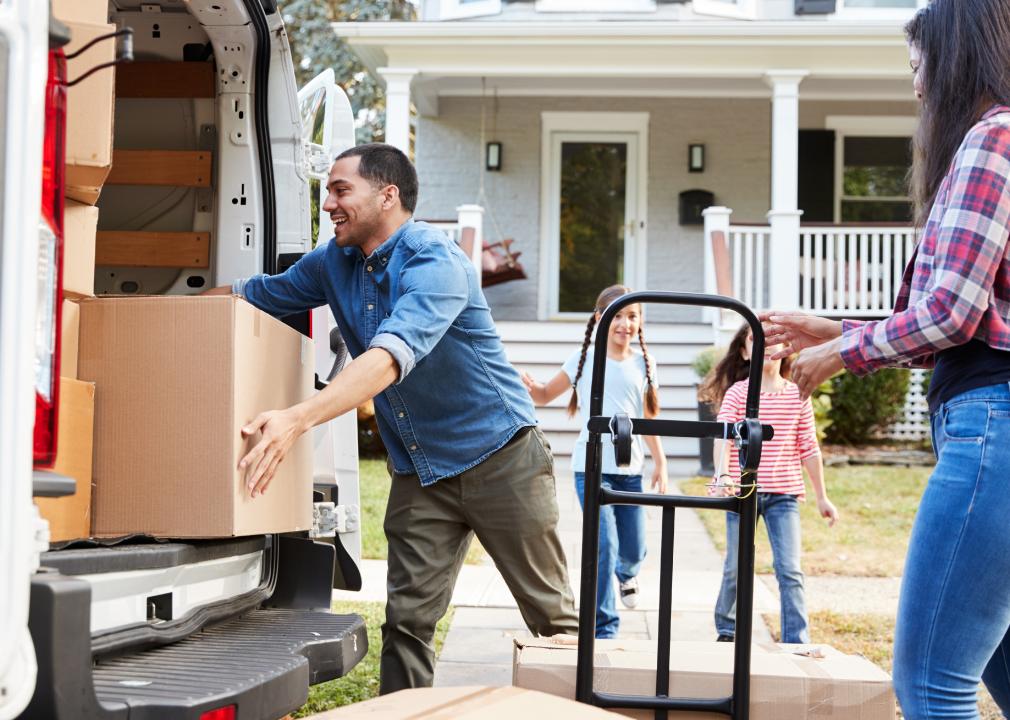 #6. Finding a better or safer neighborhood

At the onset of the pandemic, many people moved with their health in mind—to stay away from crowded cities, especially. Many headed to the suburbs or the countryside where they would be around fewer people and have more room for their children to play.

The Pew Charitable Trusts reported that permanent moves rose 15% nationwide in March 2020, compared to one year earlier, based on change-of-address forms filed with the U.S. Postal Service. Net moves from Manhattan, New York, tripled in the first month, according to Pew. Those out of Chicago, Los Angeles, and Brooklyn, New York, more than doubled. And in San Francisco, where the cost of living has been a perennial issue, the rate of exodus skyrocketed to 68%. 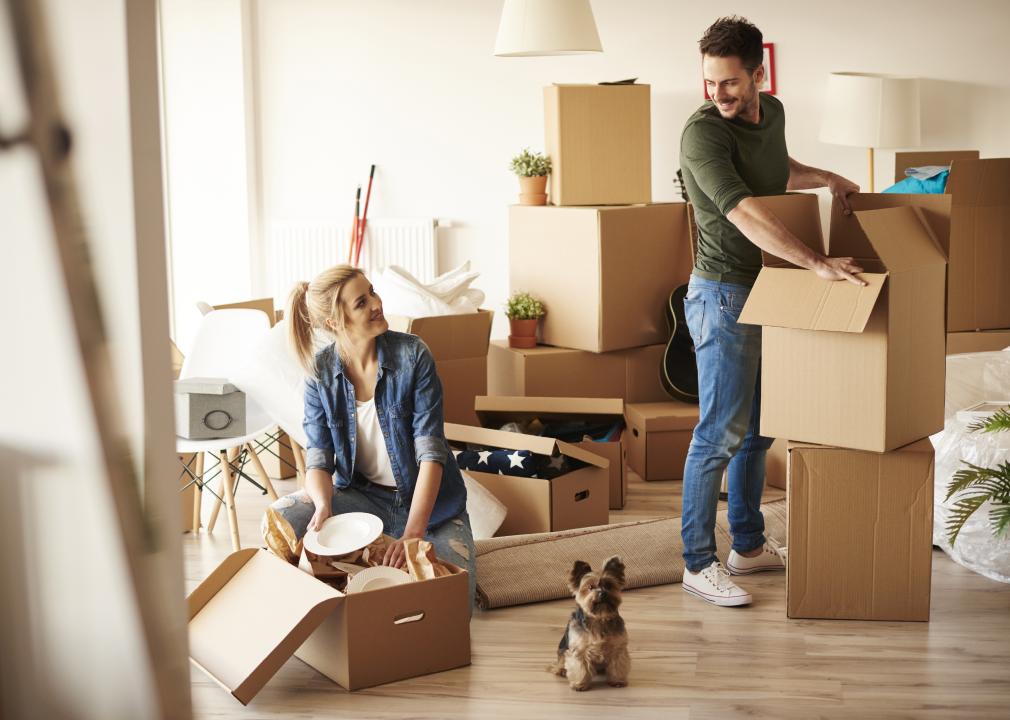 Average home prices have soared across the country, according to a February 2022 report from the National Association of Realtors. Prices have rose nearly 30% since 2019. At the same time, low interest rates, remote work, and rising rents convinced many Americans—young people, especially—that it was a good time to buy a home. But for some, that meant moving away from larger cities in search of a better cost of living.

New York City, as one example, lost nearly 4% of its population in the pandemic’s first year to upstate communities, according to a Cornell University analysis published in March 2022. Now, as interest rates rise and mortgages are becoming more expensive, some experts predict housing prices could fall in places such as Nashville, Tennessee, and other mid-sized metropolitan regions that offer a healthy mix of dense urban and suburban communities. 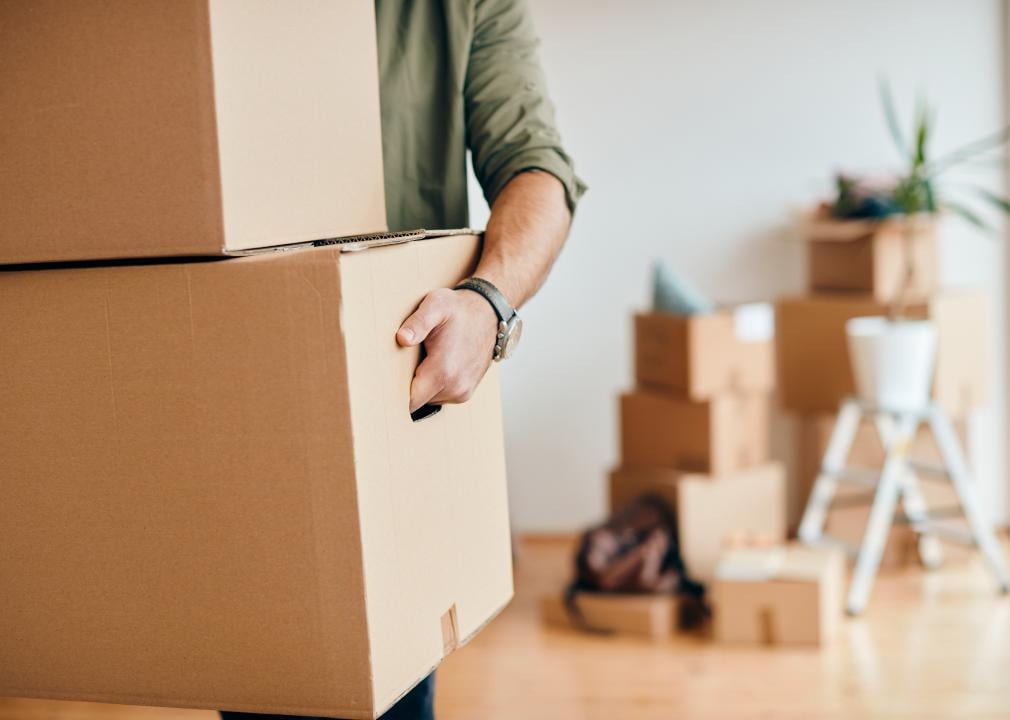 #4. Getting a new job or job transfer

While people continue to relocate due to new jobs or job transfers, the numbers are fewer than before the pandemic, according to Brookings Institution analysis of U.S. Census Bureau data. This is in line with the overall downturn in moving rates. Moves tied to employment dropped more than 1 million between 2019 and 2021.

Nearly 60% of workers in the U.S. who can work from home are working remotely all or most of the time—and often by choice, not a necessity, according to the Pew Research Center. However, a separate survey from the NPD Group taken in February 2021 showed that 1 in 5 Americans were planning to move because of the flexibility that comes with working from home. 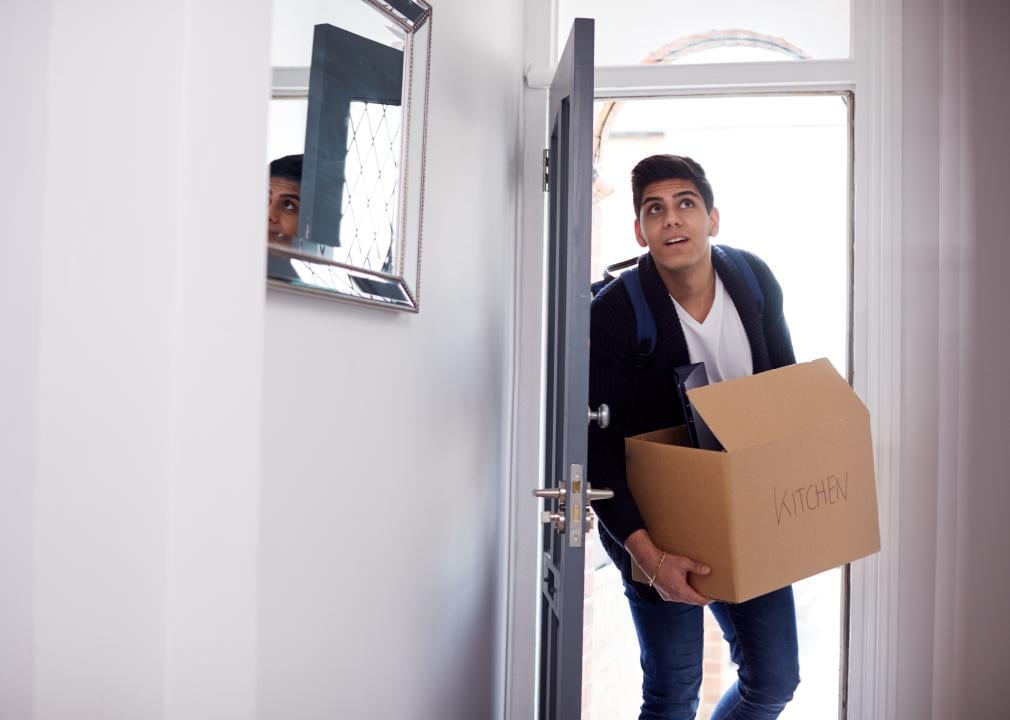 In addition to the health implications of the pandemic, financial considerations also played a big role in motivating people to move. In fact, these two concerns demonstrated an almost oppositional trajectory within the first year of the pandemic. 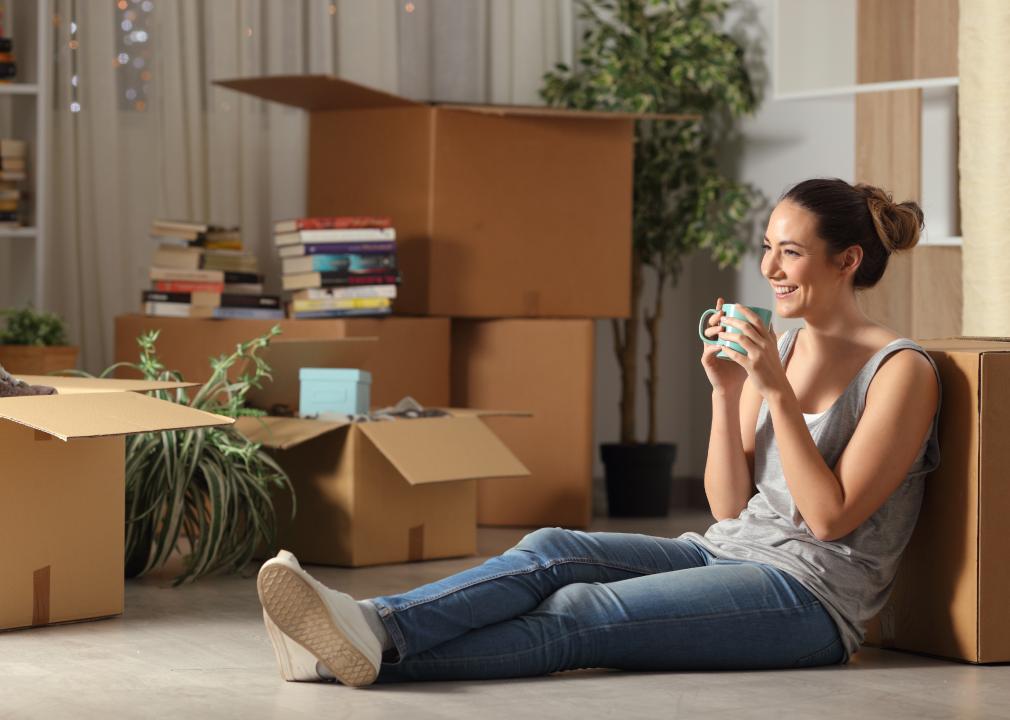 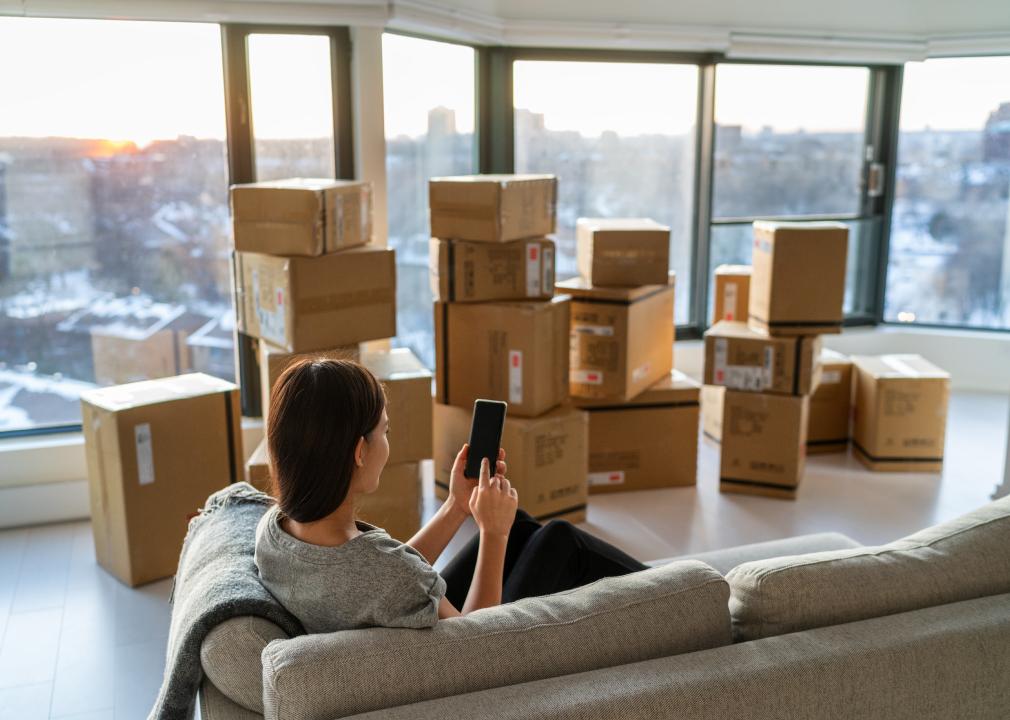 #1. Upgrading to a better house or apartment

One of the advantages of working from home is taking advantage of location flexibility. Many Americans who work remotely have been able to move to less expensive areas, where they can get more room and more amenities for their money—from additional bedrooms and larger outdoor spaces to the ability to put in gyms and offices. Pew Research Center found that affordable housing is a major concern when it comes to deciding where to lay down roots—and this bridges race, economic status, and the type of community one lives in.

In terms of apartment living, features such as upgraded heating, ventilation, and air conditioning systems; fire pits; access to a safe children’s playground; and in-unit washers and dryers are some of the key amenities that are motivating people into making a housing change.

This story originally appeared on ZeroDown and was produced and
distributed in partnership with Stacker Studio.