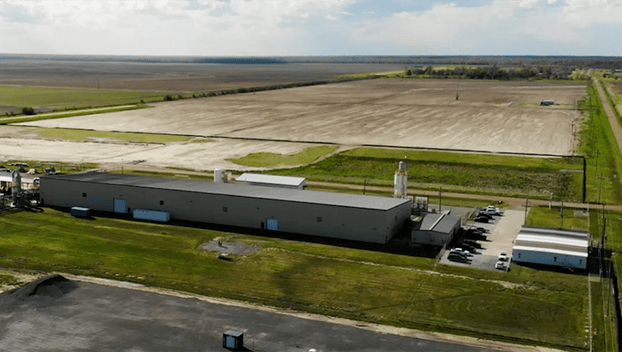 Syrah Technologies has been awarded $220 million to expand its production of Active Anode Material (AAM) at its Vidalia plant.

The award is part of $320 million in U.S. Department of Energy funding coming to two Louisiana projects from the Bipartisan Infrastructure Law (BIL) in order to expand the manufacturing of electric vehicle battery components, announced Gov. John Bel Edwards on Thursday.

AAM, derived from graphite, is a key component of lithium-ion batteries. The funds allow Syrah to proceed with Phase 3 of a multi-stage plan to expand and create over 220 additional jobs in Vidalia, benefiting the whole region, Vidalia Mayor Buz Craft said.

“It’s amazing news for our area,” he said. “I’m so proud of the company and the work that it’s doing. The people they’re employing is going to have a huge impact on Concordia Parish and the region. It puts Vidalia on the international map.”

Craft said while he is excited about the announcement, it has been a long time coming.

He recently met with representatives of the DOE with Syrah CEO Shaun Verner, he said.

“I was able to sell Vidalia and I’m glad I went,” he said. “It has been hard work and it hasn’t been easy. … All I can do is celebrate the moment. I’m at a loss for words.”

Craft said Syrah has become an “economic centerpiece” to Vidalia. The 220 additional jobs created means more money spent at “mom and pop shops” and flowing back into the local economy. Additionally, the work Syrah is doing could generate more support for the town from the state and federal levels for other projects, such as repairs to DA Biglane Street and further enhancements to the Vidalia Port facility, which is necessary for Syrah’s operations, Craft said.

Louisiana’s second award recipient, Koura, has been granted $100 million to build the first U.S. manufacturing plant for lithium hexafluoridephosphate (LiPF6) on the grounds of the company’s existing site in St. Gabriel.

“These massive investments will have transformational impacts in Vidalia and St. Gabriel and create hundreds of jobs,” Edwards said. “This is another step forward in our important work to diversify and grow Louisiana’s economy, create good-paying jobs, and become leaders in the global energy transition as we move toward our goal of net-zero carbon emissions by 2050. I would like to thank U.S. Energy Secretary Jennifer Granholm for awarding Louisiana this funding, and I would also like to thank President Biden, Sen. Bill Cassidy, and Rep. Troy Carter for their support of the Bipartisan Infrastructure Law that made this possible.”

Syrah’s expansion is already well underway, with the start of production expected in the third quarter of 2023. Syrah’s Vidalia facility will be the only vertically integrated and large-scale natural graphite AAM outside China.

Koura’s new plant is expected to create up to 80 new jobs and solve a critical risk in the supply chain for lithium-ion battery production in the U.S., as there are currently no large-scale domestic producers of LiPF6. All of it must be imported from Asia.

They are expected to produce enough LiPF6 for the domestic production of more than one million electric vehicles per year.

“This is truly a remarkable time for manufacturing in America, as President Biden’s Agenda and historic investments supercharge the private sector to ensure our clean energy future is American-made,” said U.S. Secretary of Energy Jennifer M. Granholm. “Producing advanced batteries and components here at home will accelerate the transition away from fossil fuels to meet the strong demand for electric vehicles, creating good-paying jobs across the country.”

Louisiana’s share announced today constitutes 11% of the $2.8 billion in funding under IIJA to grow and strengthen the U.S. battery supply chain and increase U.S. competitiveness with China.

“More good news for Louisiana coming from the Bipartisan Infrastructure Bill,” said Dr. Cassidy. “This will make batteries produced in the United States more competitive worldwide, along the way employing lots of folks here in Louisiana. It’s good for our state, good for our nation.”