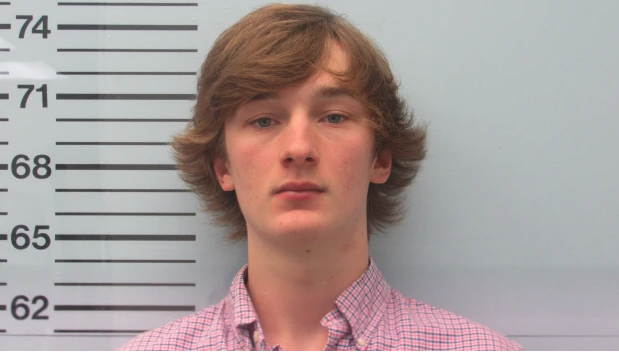 Tristan Holland (18 of Collierville, TN) was formally charged today with accessory after the fact and given a bond of $25,000 by a Justice Court Judge.

Holland and Seth Rokitka were identified as suspects following an accident that resulted in the death of Ole Miss student Walker Fielder early Sunday morning.

Holland was taken into custody in Shelby County, Tennessee Sunday night, and Rokitka was arrested Monday after his damaged truck was found in Marshall County.