States where auto damage insurance appraisers make the most 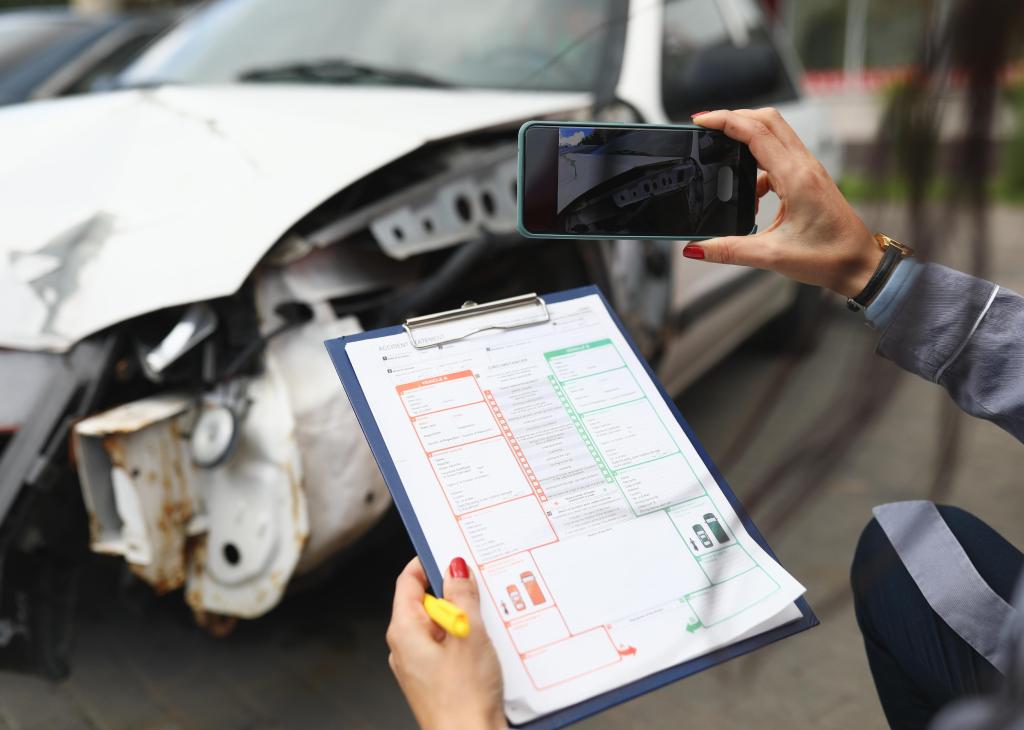 States where auto damage insurance appraisers make the most

Auto insurance adjusters are the people you see when something has gone wrong, whether after a collision or sustaining damage to your car from a storm. Their role is essential for the insured to help evaluate the cost of repairs to their vehicle and determine how much insurance money drivers can get toward a new car.

While this job requires skills in observation, analysis, writing, attention to detail, and knowledge of car structure, it doesn’t require more than a high school diploma or a GED to start, and the median annual salary in 2021 was $62,680. That number can vary from state to state, so Cheapinsurance.com used the Bureau of Labor Statistics’ Occupational Employment and Wage Statistics data to find median salaries for auto damage insurance appraisers in each state and pulled the top 15 to include in this analysis.

The data doesn’t include self-employed workers, and the analysis excludes states that don’t have employment estimates. The BLS data is based on surveys, meaning it contains some levels of error; based on those errors, there may be an overlap between the actual salaries in each state that would alter these rankings. 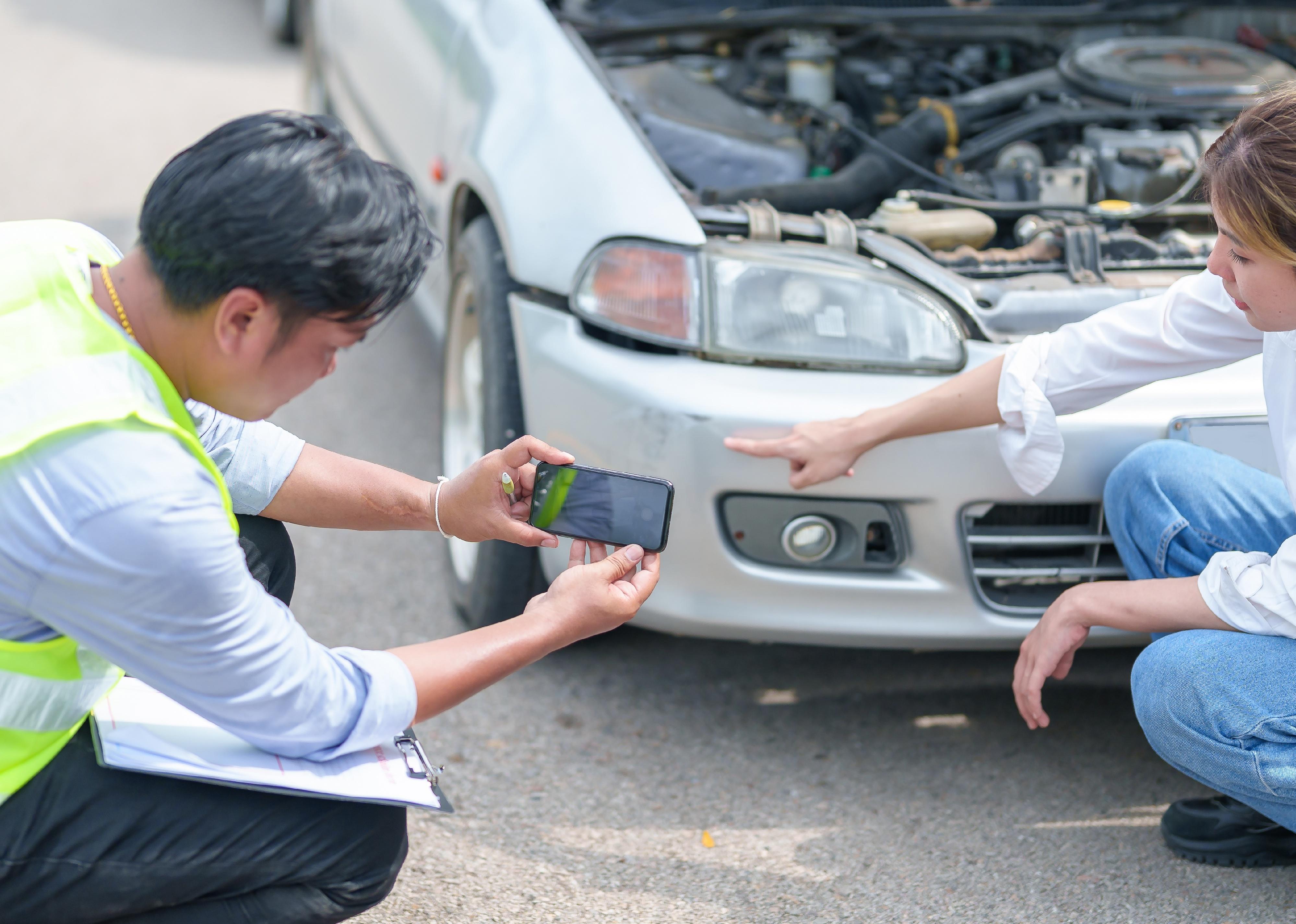 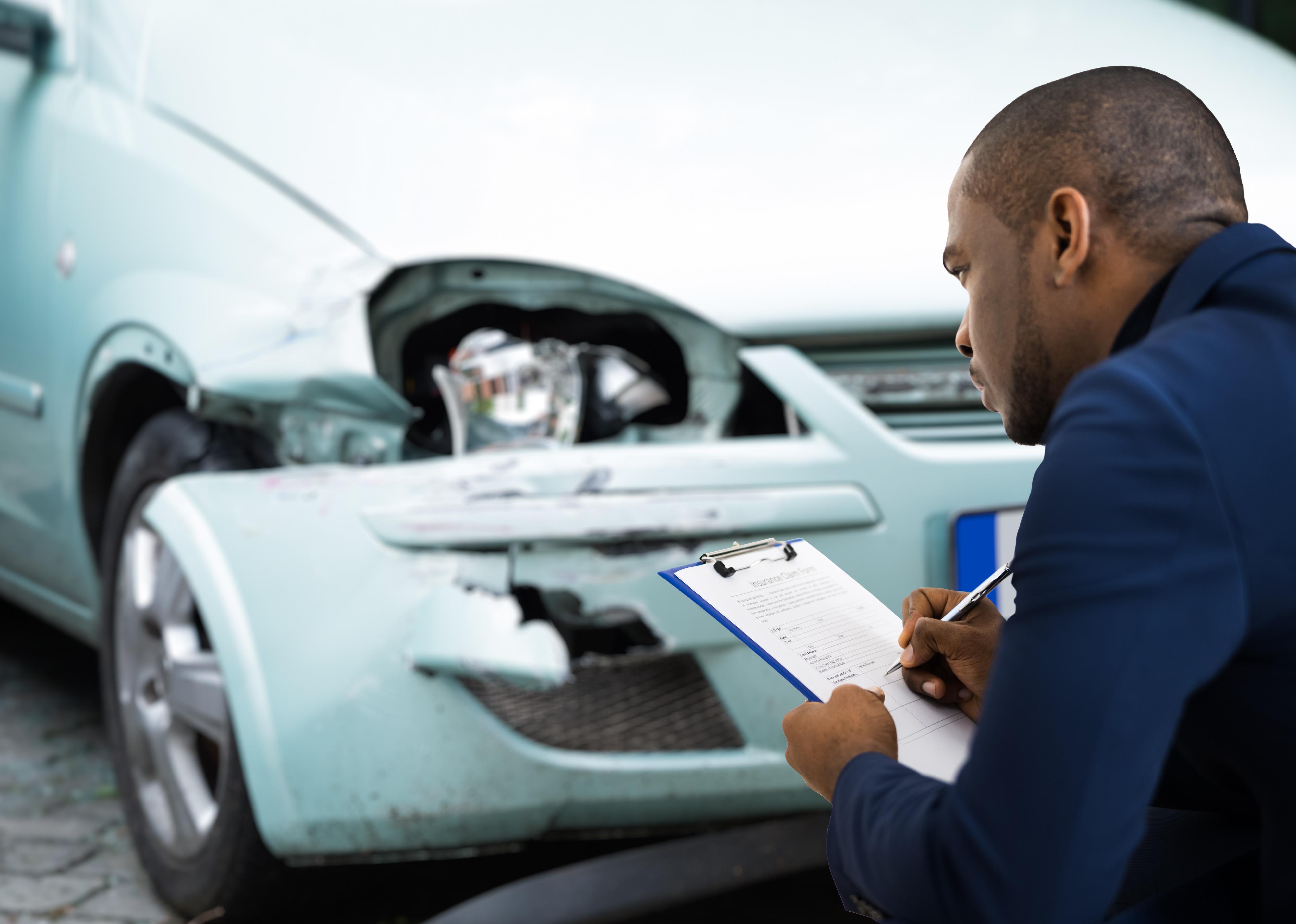 In Maine, appraisers may work on the weekend to gather data to file their reports. In 2021, most car crashes happened on a Friday.

Maine residents also have to watch out for wildlife as they drive, as black bears, moose, turkeys, deer, and other animals were involved in more than 6,500 crashes in 2021. Deer were the most accident-prone Maine animals, accounting for 6,003 accidents. 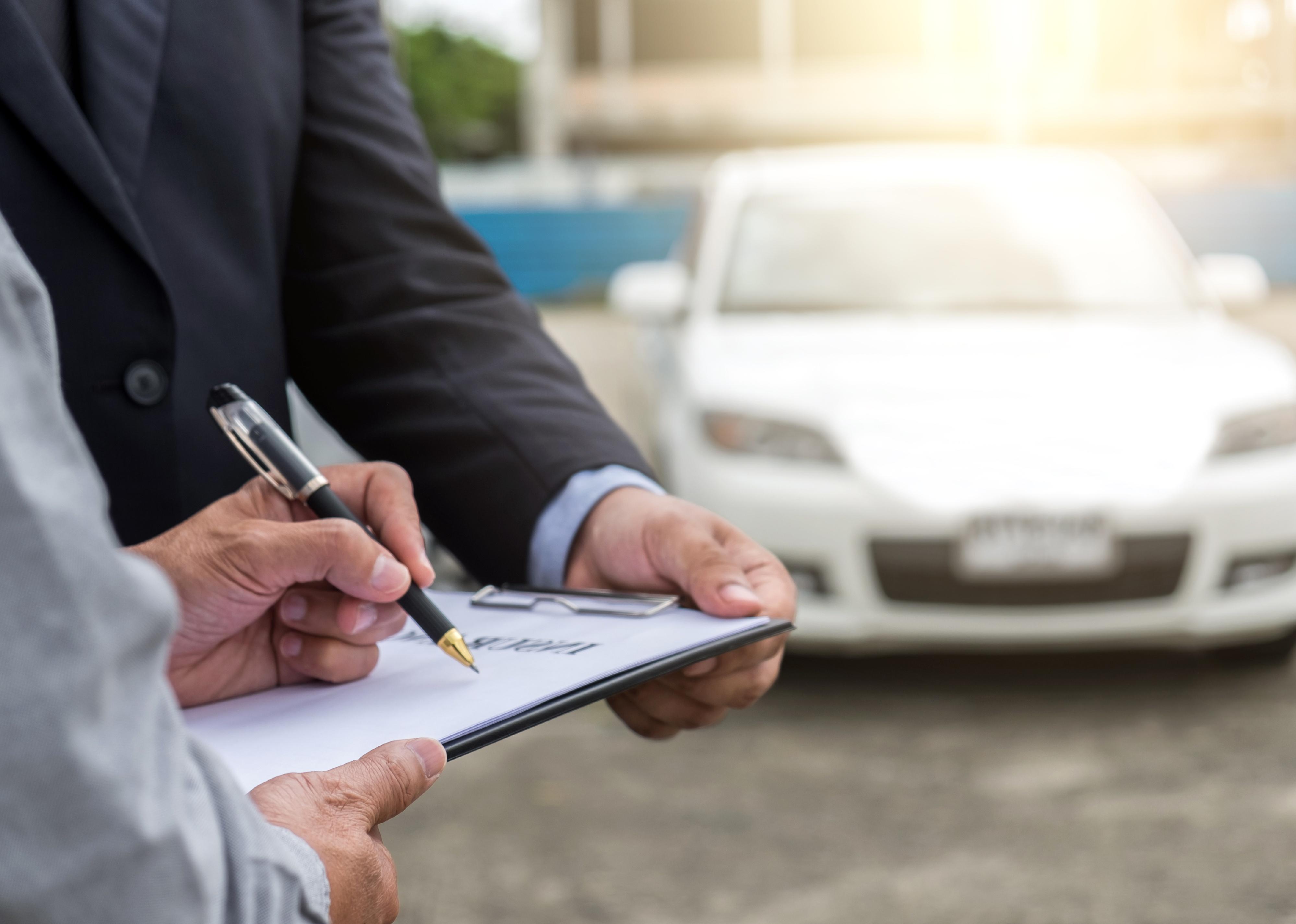 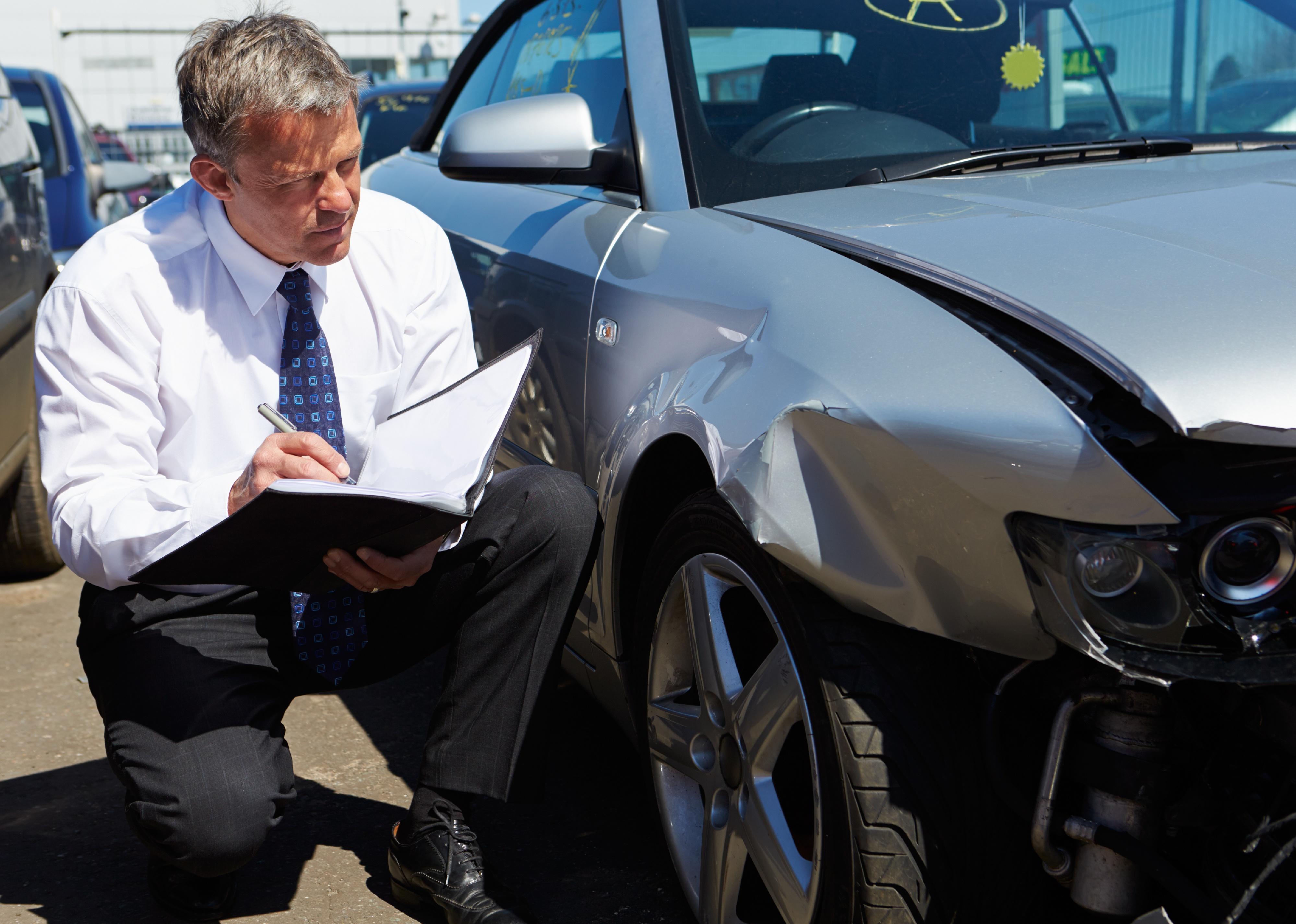 If you’re an auto damage appraiser in Nevada, you probably live in Clark County. Most accidents—and 63% of 2021’s fatal car crashes—happen here, mainly due to the well-populated Las Vegas metro area. 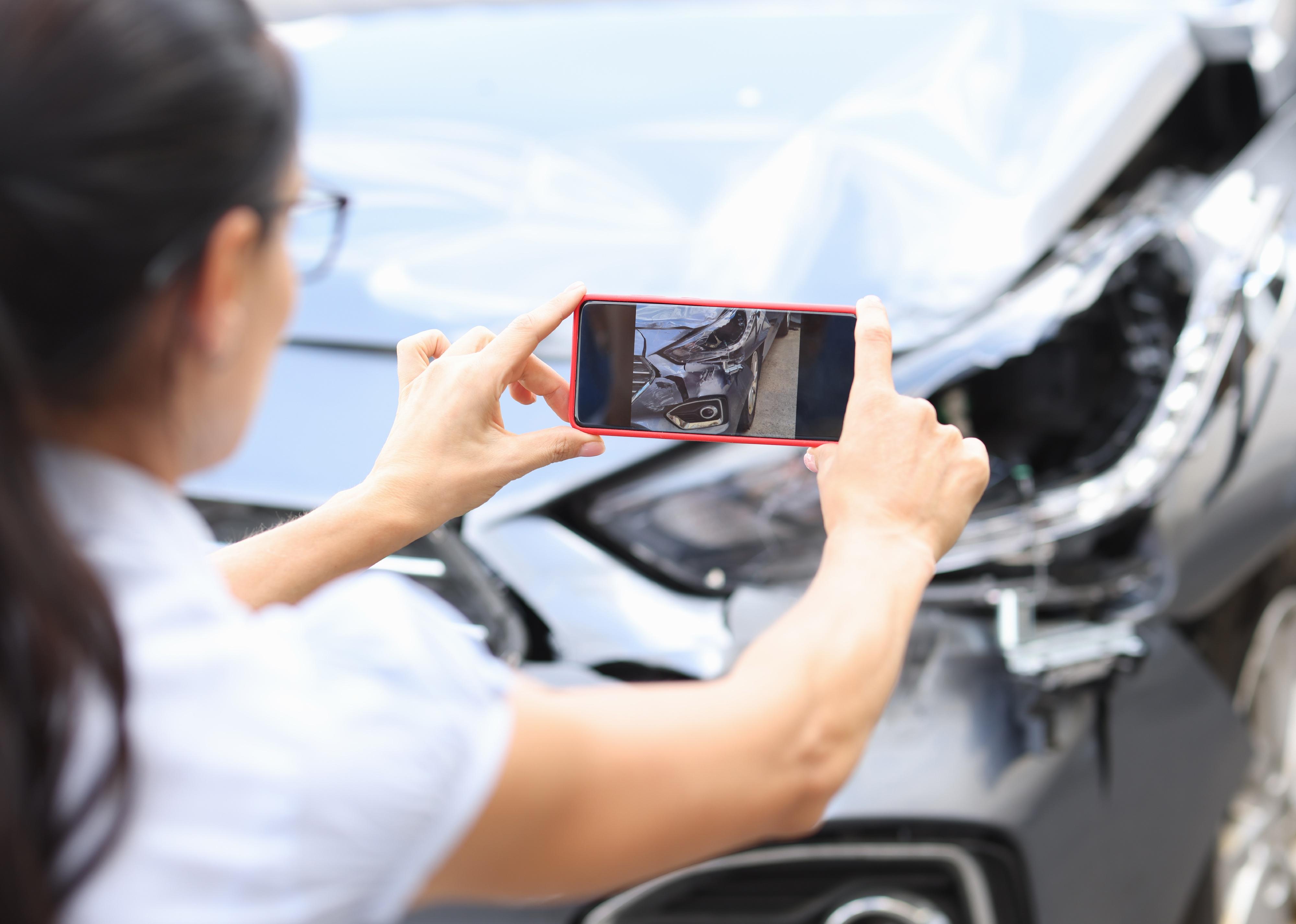 Risky driving is rising in Georgia, which keeps auto damage appraisers busy. Nearly half of the crashes in 2020 were attributed to distracted driving.

Forty percent of the state’s fatal vehicle accidents resulted from risky driving behaviors, such as driving under the influence of alcohol or drugs, speeding, distracted driving, or drowsy driving. 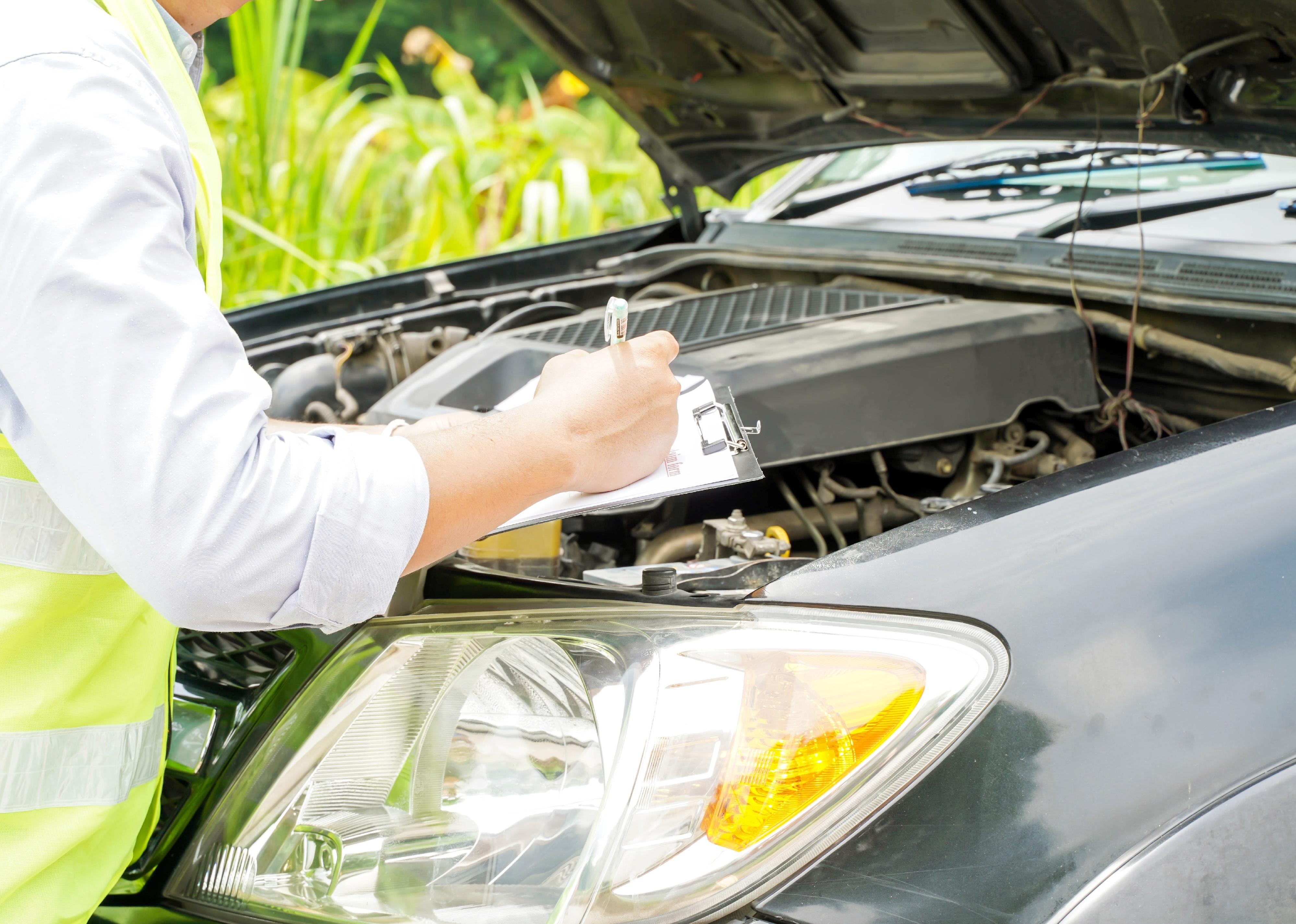 The Commonwealth of Pennsylvania requires all Motor Vehicle Physical Damage Appraisers to possess a state license to perform this job. This annual process involves passing an exam and paying a fee. New licensees must also have completed a training course or have six months of work experience. 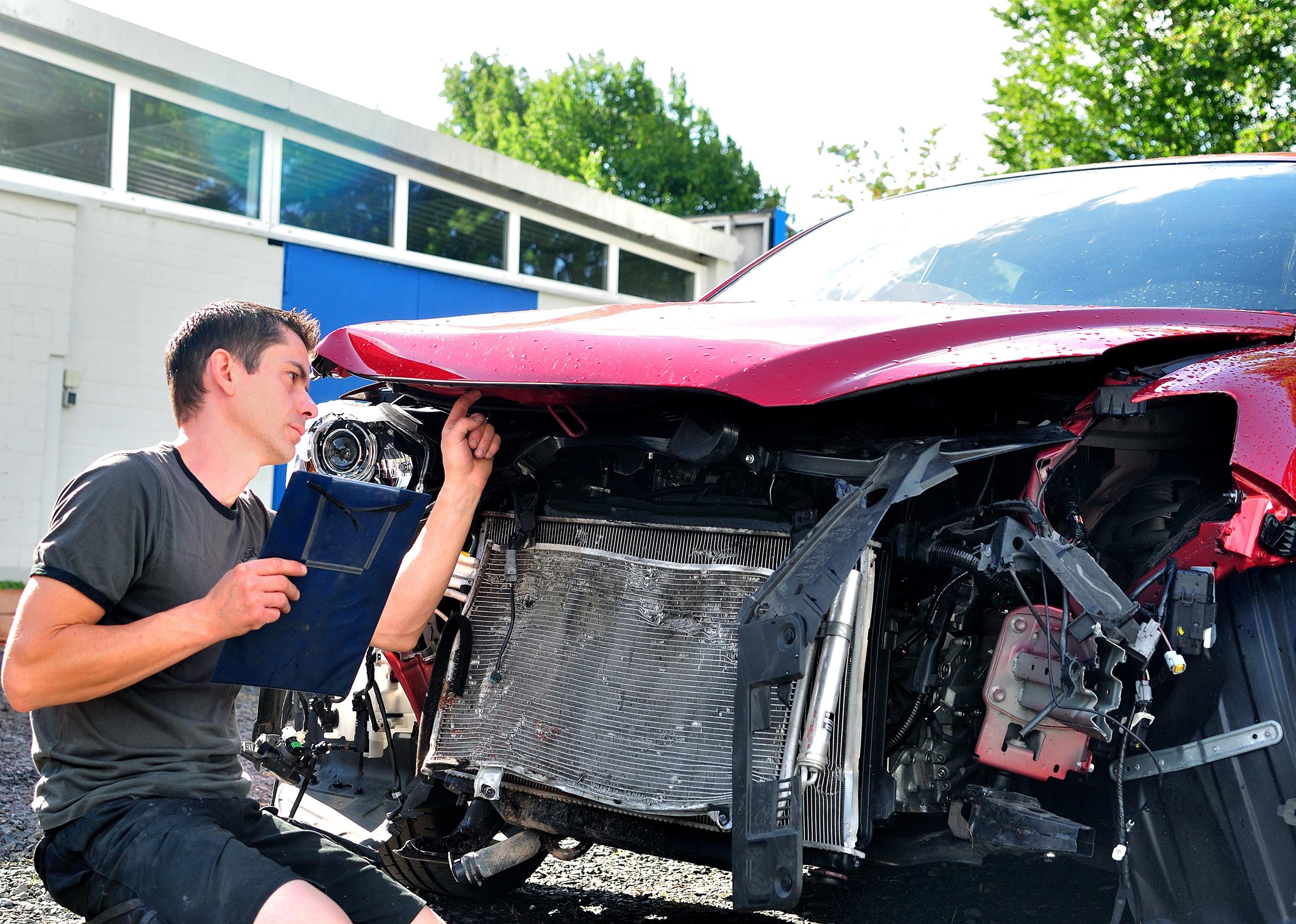 In 2020 (the most recent year available), more than two-thirds of New Mexico’s 36,555 car accidents sustained only property damage. Another 30% involved injuries, and 1% had fatalities. The data shows a significant drop in accidents due to the pandemic—all crashes had risen before COVID-19.

New Mexico law also allows car owners up to four years to file an accident claim with their insurance company, which means damage appraisers could be called in years after an accident. 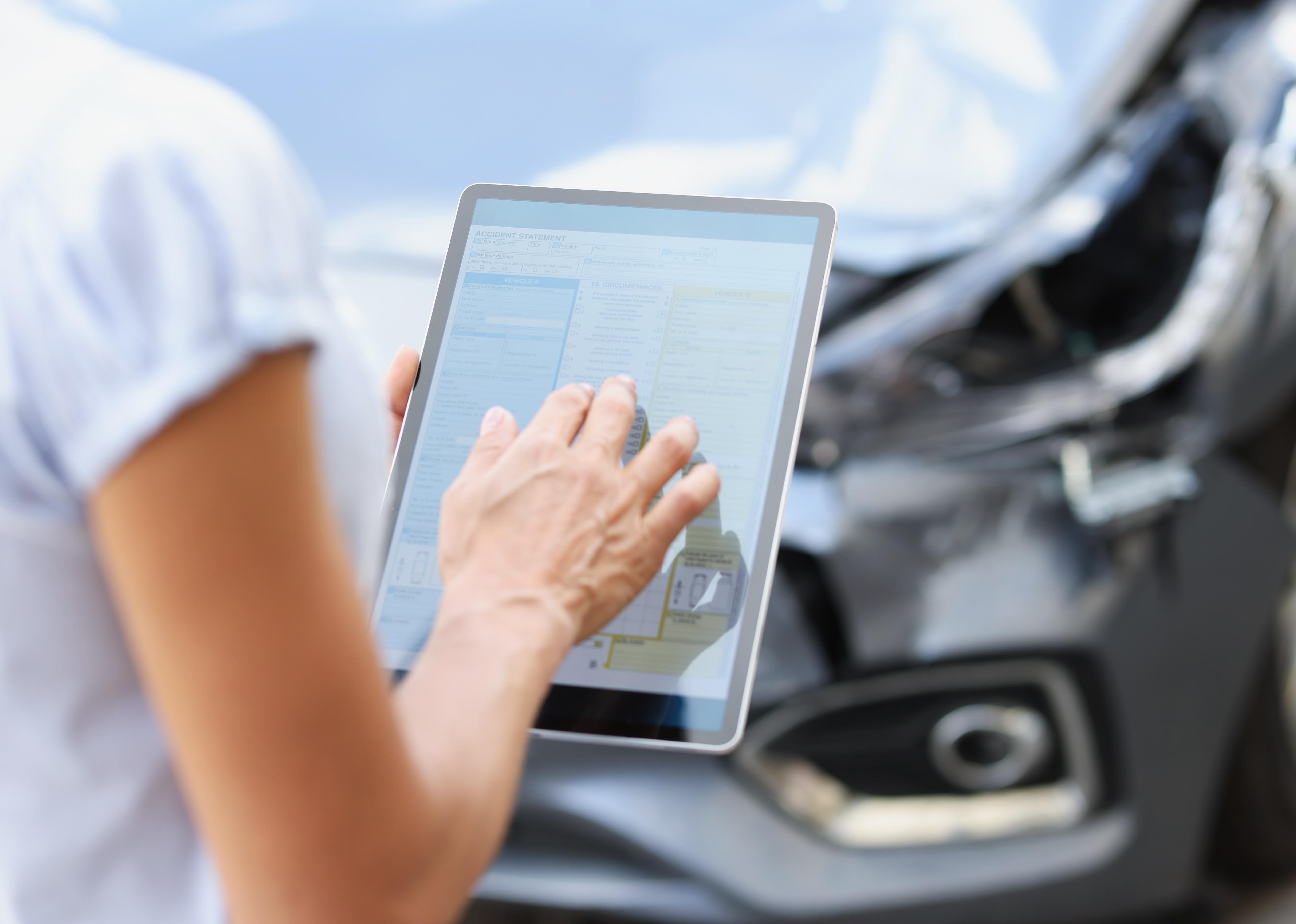 Motor vehicle damage appraisers in Massachusetts must undergo an extensive licensing process to prove their skills. They must have at least three months of experience working with an appraiser and take a board-approved damage appraiser course. Once that’s complete, they must pass written and vehicle appraisal examinations. 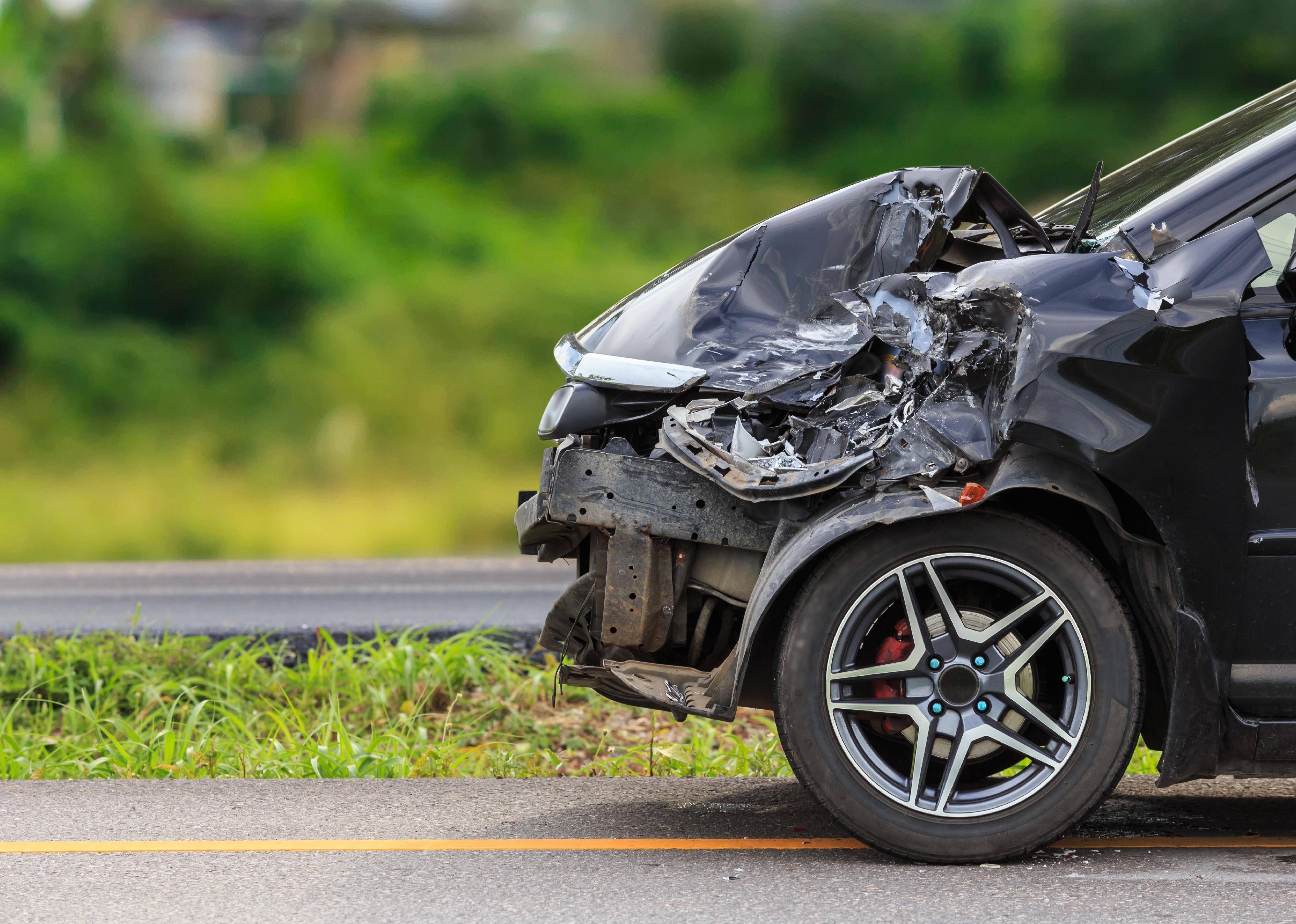 Even during the pandemic, auto damage insurance appraisers were in demand. Instead of a pandemic-related decline in car crashes, Washington state residents recorded a 6% increase in serious and fatal crashes from 2019 to 2020, which counted 2,607 accidents. That number increased another 13% in 2021 to clock in at 2,951 crashes.

Salaries for damage appraisers may also be high due to Seattle’s cost of living, which is nearly 51% above the U.S. average. 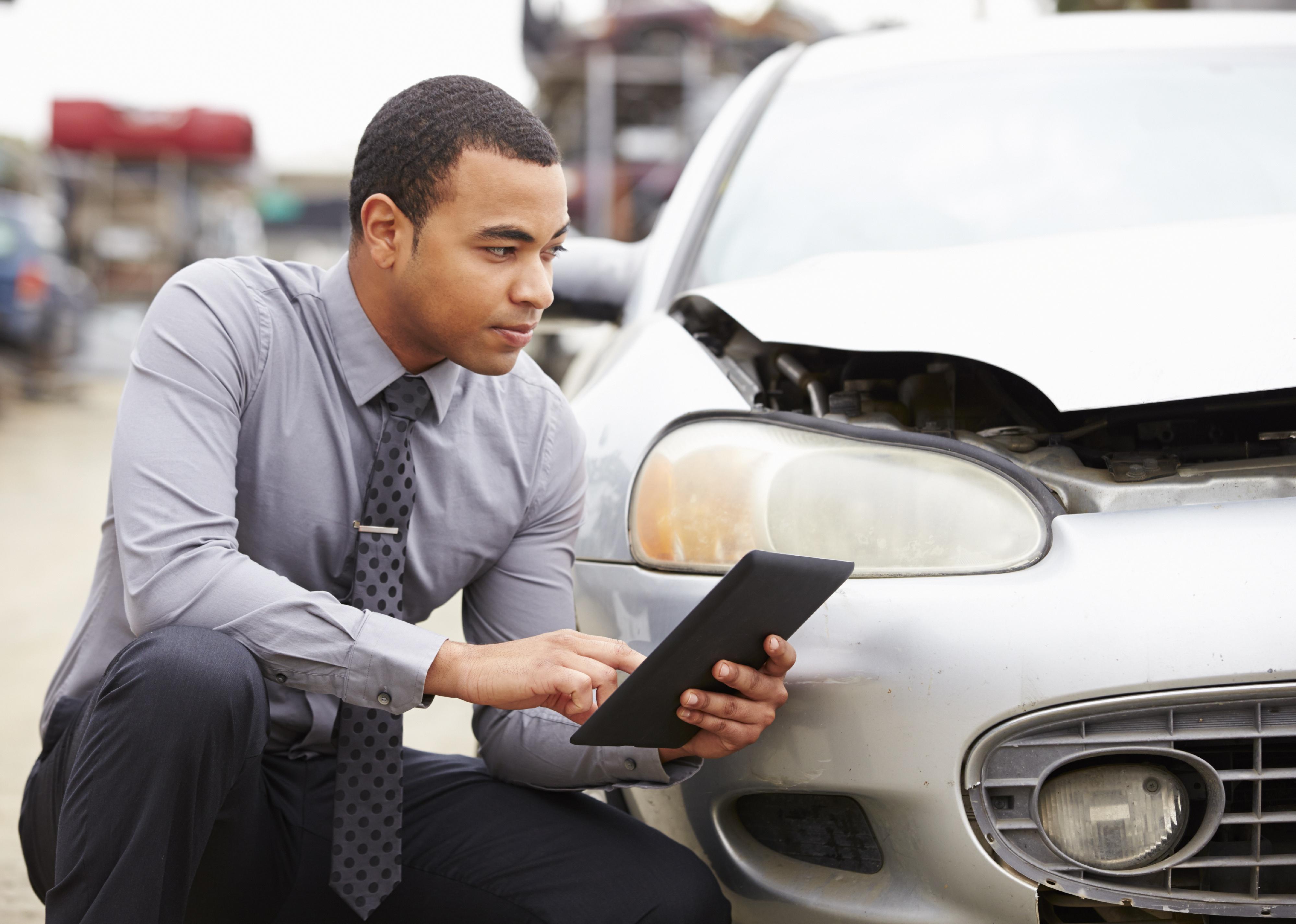 The largest state in the nation offers auto damage appraisers a good salary, but appraisers work hard to earn it. In 2021, the state reported 161,131 accidents that involved injuries or death—that figure doesn’t include simple fender benders. Most crashes occur, unsurprisingly, in highly populated Southern California and around the Bay Area. Auto damage appraisers in Oregon may find a lot of work in the western part of the state. In 2020 (the most recent year available), 82% of the state’s accidents occurred in this region.

Higher salaries for these roles are likely influenced by a higher cost of living: Oregon was ranked #8 in the country’s most expensive states to live in. 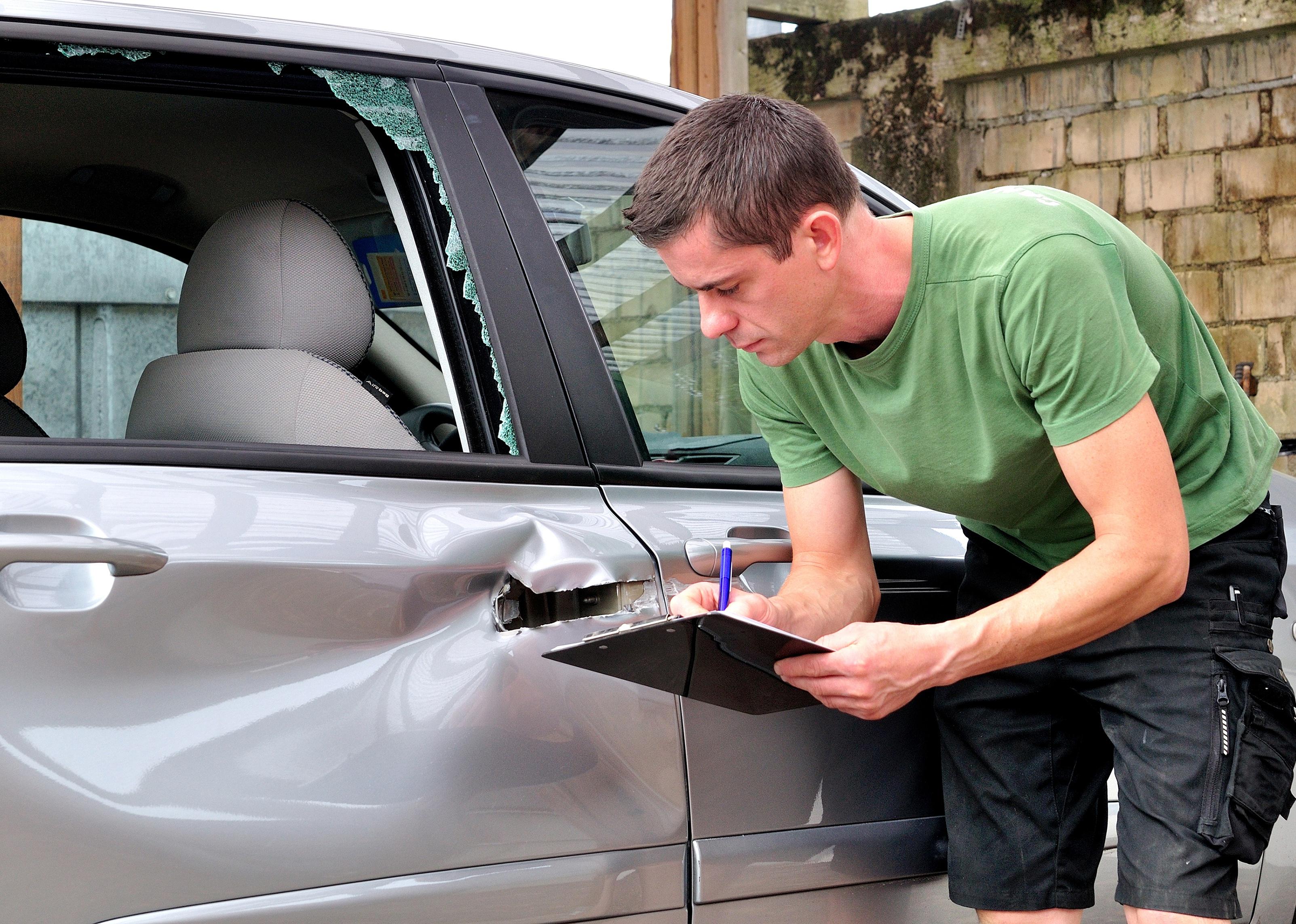 The pandemic caused a 31% decrease in car accidents in New Jersey in 2020 (the most recent year available), mainly due to people staying in. That said, auto damage insurance appraisers still saw many crashes: 190,783 for the year.

New Jersey law also has a six-year limit on property damage claims, which means appraisers could be working on cases from recent years. 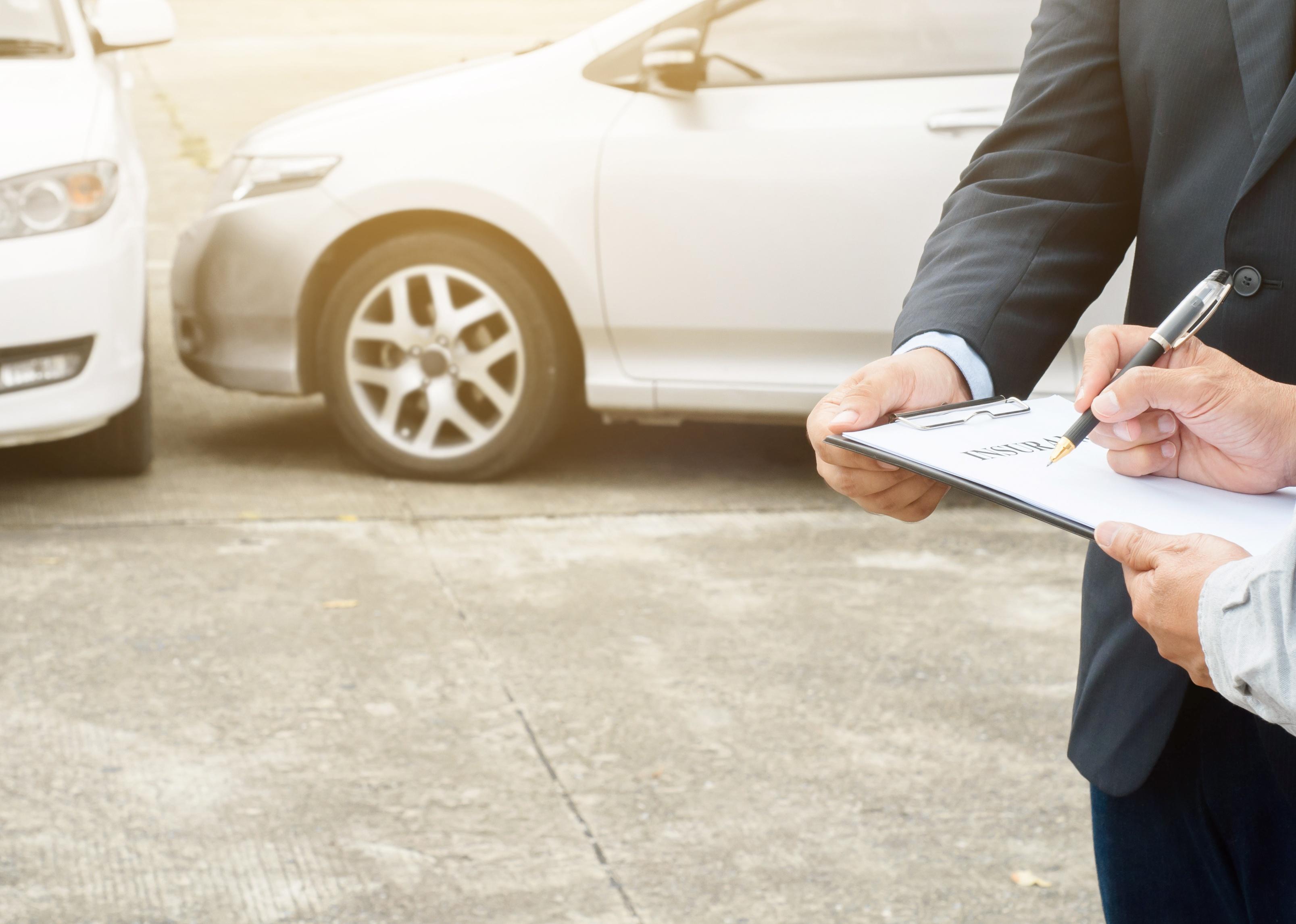 Hawaii’s remote location from the continental United States likely impacts salaries for auto damage insurance appraisers. While the job’s median salary may look high, those dollars might not stretch the way they could on the mainland. The state is the most expensive to live in in the U.S., and Honolulu is the second most expensive city in the nation. 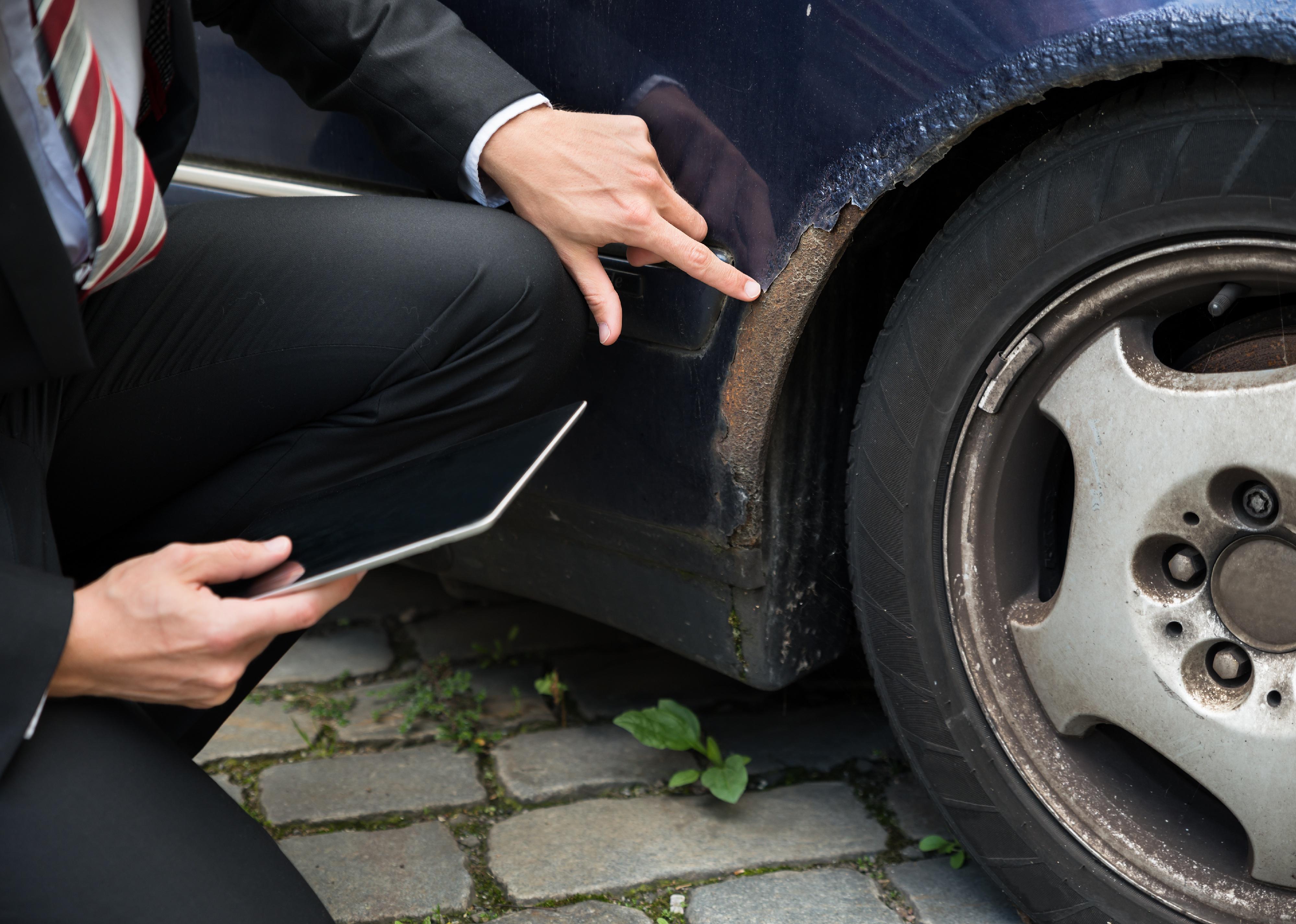 Although auto damage insurance appraisers were less busy in New York during the pandemic, work is picking up again with the rising number of car crashes. Pre-pandemic, the state counted 447,021 accidents. That number fell by over 100,000 in 2020, but preliminary data for 2021 shows 371,900 crashes occurred in the state.

Appraiser salaries also trend higher due to New York City’s high cost of living—Manhattan is the most expensive place to live in the U.S., with costs ranking 137.8% above average. Connecticut is a state that requires auto damage insurance appraisers to be licensed. To be licensed, appraisers must take an exam covering knowledge about state insurance law, car design, and structure. A license does cost money, but it’s valid for two years.

This story originally appeared on Cheapinsurance.com and was produced and
distributed in partnership with Stacker Studio.