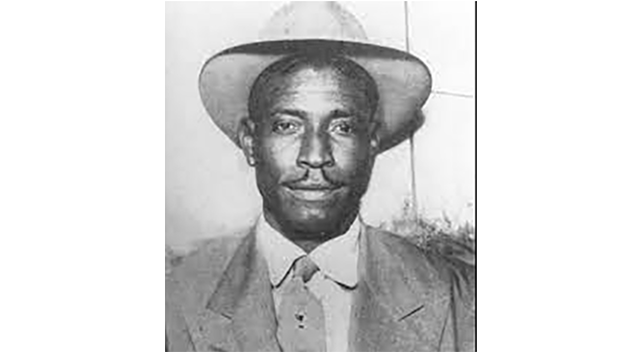 A historical marker will soon be placed on the lawn of the Lincoln County/Brookhaven Government Complex in honor of a man who was murdered on its lawn in 1955.

Lamar “Ditney” Smith was murdered in front of multiple witnesses as he worked to help African American residents register to vote.

Smith’s family approached the Lincoln County Board of Supervisors in 2020 and asked them to consider placing such a sign. Board attorney Will Allen met with the family multiple times to work out details, and board members expressed interest in supporting such a marker, once everyone was in agreement. The Mississippi Department of Archives and History had to give its approval, as well.

After a lengthy process in which family members worked to agree on wording, a historically-accurate proposal was drawn up and submitted on the board’s behalf to MDAH by Allen.

Following another long wait, MDAH finally approved the request on Friday, Oct. 21, 2022, in a meeting where it approved “a group of markers,” MDAH director Katie Blount said.

At the Board of Supervisors meeting Sept. 19, Allen addressed members of the Smith’s family who were in attendance.

“We submitted information to Mississippi Department of Archives and History for a sign to go right out here in the approximate area where we think he was probably killed. We’ve submitted that and are waiting on their approval. They meet twice a year, so we’re waiting on that,” Allen said. “If they approve it, the board will likely vote to put the sign up. I expect it to pass.”

Allen said the board will take a formal vote on the marker’s approval at its next meeting, Monday, Nov. 7.