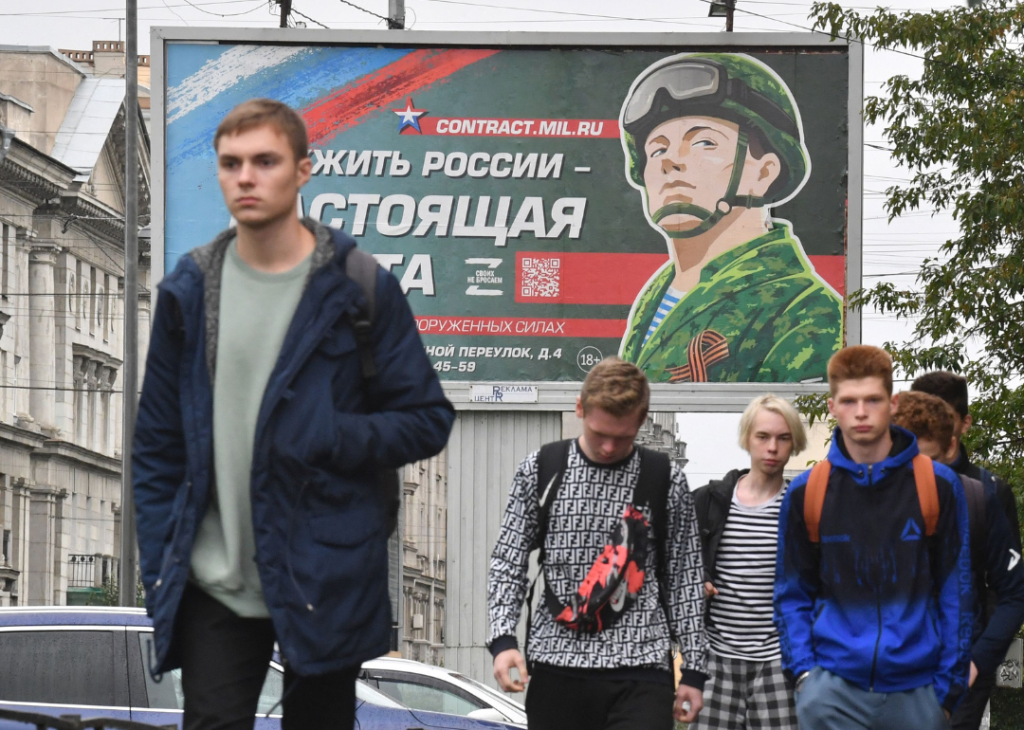 Although people outside Russia seldom see widespread opposition to government actions and policies there—largely because the government imposes significant restrictions on this type of expression—Russia’s invasion of Ukraine in February 2022 has stirred the pot of dissent.

The last time anti-war protests of the current caliber occurred in Russia was the last time Russia attacked Ukraine. In early 2014, Russia invaded its neighbor to annex the Crimean Peninsula. On March 2 of that year, the first of two large-scale anti-war protests occurred. The second came on March 15, 2015, with approximately 20,000 people in attendance. The event was so significant in Russian protest history that it has been dubbed the March of Peace.

Using various news sources, Stacker compiled a list of evidence indicating that many Russians are not entirely in support of the aggression on Ukraine. Whether the indicators are obvious or subtle, there’s no denying that Russia is currently a country split by war.

You may also like: Nobel Prize history from the year you were born 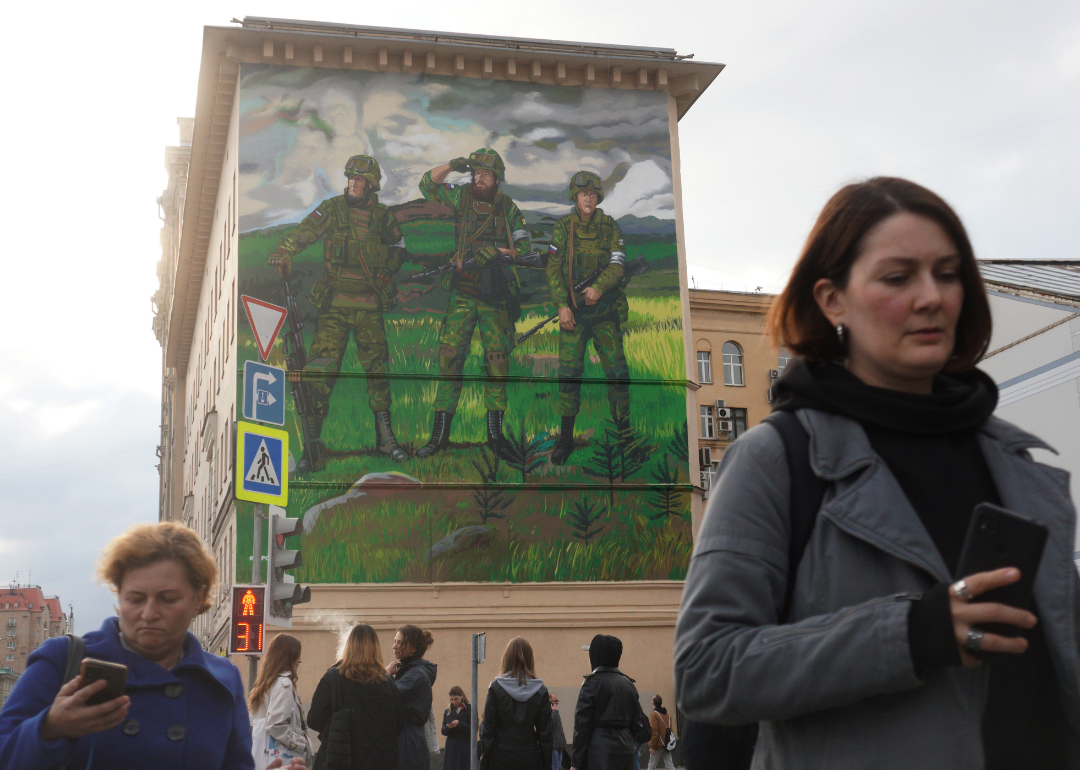 On Sept. 7, 2022, the Carnegie Endowment for International Peace released a report on polls it conducted of Russian citizens about their opinions on the invasion of Ukraine. Though more than 50% of respondents still showed a favorable view of the Russian government and armed forces, 31% of respondents stated that Russia’s military action in Ukraine made them fearful. Notably, younger Russians seem to harbor more negative emotions toward the war, with 37% of 18-24-year-olds reporting that the conflict made them fearful.

The same report dug into what specifically concerned Russian citizens. Approximately half of the respondents to the survey stated that they were very or quite concerned that Russia’s foreign assets would be frozen. The concerns are well-founded, as soon after Russia officially invaded Ukraine, the G-7 moved to freeze all Russian assets harbored in its member countries. The U.S. has also imposed economic sanctions on Russia in addition to those it participated in through the G-7. However, the U.S. has had some form of sanction against Russia almost continuously since 2014. 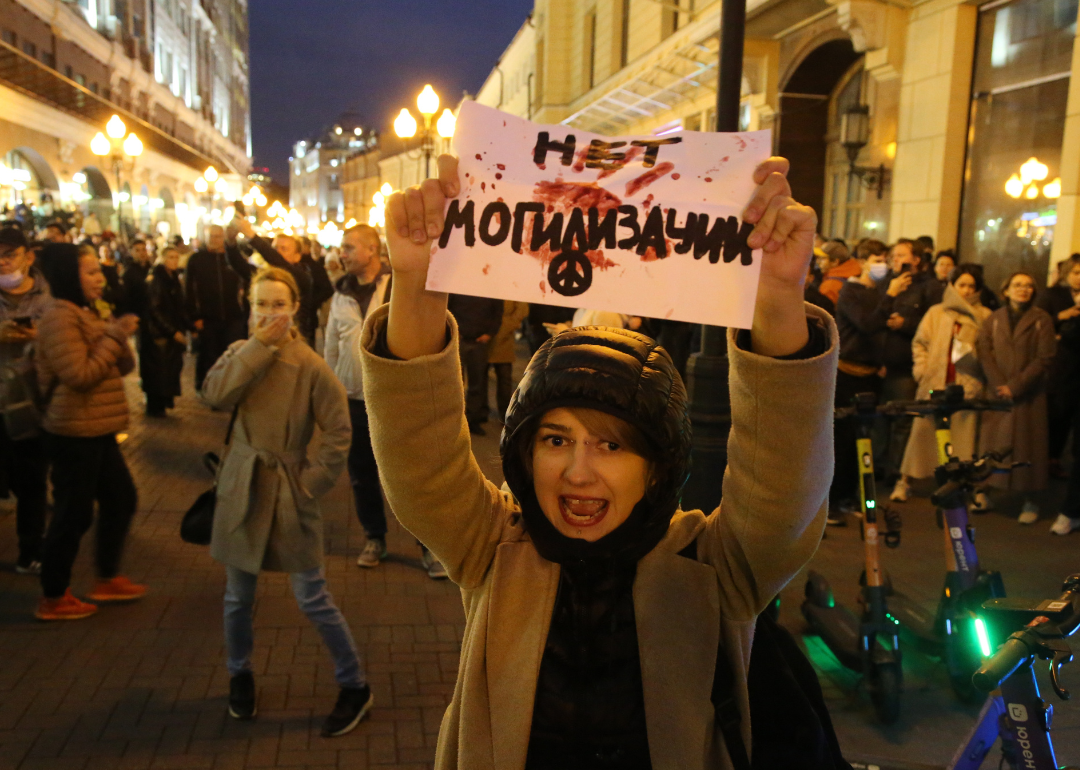 Thousands of Russians have mobilized in protest of the war

Despite anti-war protests being illegal in the country, many Russian citizens have taken to the streets to voice their opinions against the war in Ukraine. Directly after the invasion began, thousands flocked to their city centers, and more than 53 cities had some form of staged protest. The Russian police arrested more than 1,700 individuals in those cities, with the majority of activity occurring in Moscow and St. Petersburg.

More recently, Vladimir Putin’s announcement that he would impose a draft prompted a second wave of protests. The Dagestan region of Russia has been the focal point of these protests, as it is a primarily Muslim area and has seen a higher death toll from the war in Ukraine than any other region of the country thus far.

In just the city of Makhachkala, the capital of the Dagestan region, law enforcement has arrested more than 100 individuals. Citizens have even resorted to blocking roads to prevent enforcement officers from entering cities and towns to impose Putin’s draft. 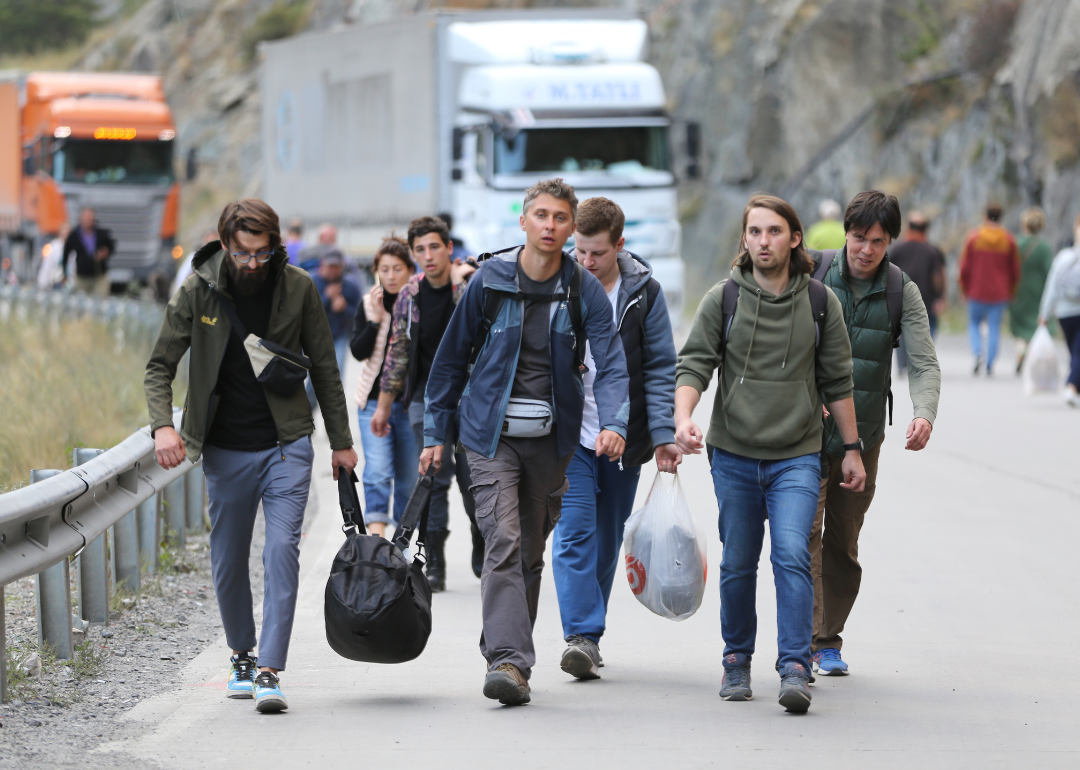 On Sept. 21, 2022, Vladimir Putin announced that he had authorized the partial mobilization of Russia’s military draft to continue the war in Ukraine. In addition to the protests against the draft that occurred almost immediately following that announcement, Google Trends data also indicated that searches for “how to break arm” massively spiked in Russia. A broken arm and other physical disabilities are grounds for being passed over by the draft until the arm heals. The willingness of individuals to take such drastic measures to avoid joining the military may indicate how much they oppose the war in Ukraine.

Beyond theoretical data, some draft-eligible Russians have physically left the country to avoid joining the Russian military. On Oct. 6, 2022, two Russian men arrived on an island off the coast of Alaska seeking asylum in the U.S. According to a spokesperson for Alaska Sen. Lisa Murkowski, the men explicitly stated they left their town in eastern Russia to avoid conscription. The Russians had traveled in a small boat across the Bering Sea.

Though Alaskan officials have expressed doubt that this situation will repeat itself, it is a reminder of just how close the eastern edge of Russia is to the western edge of the U.S. 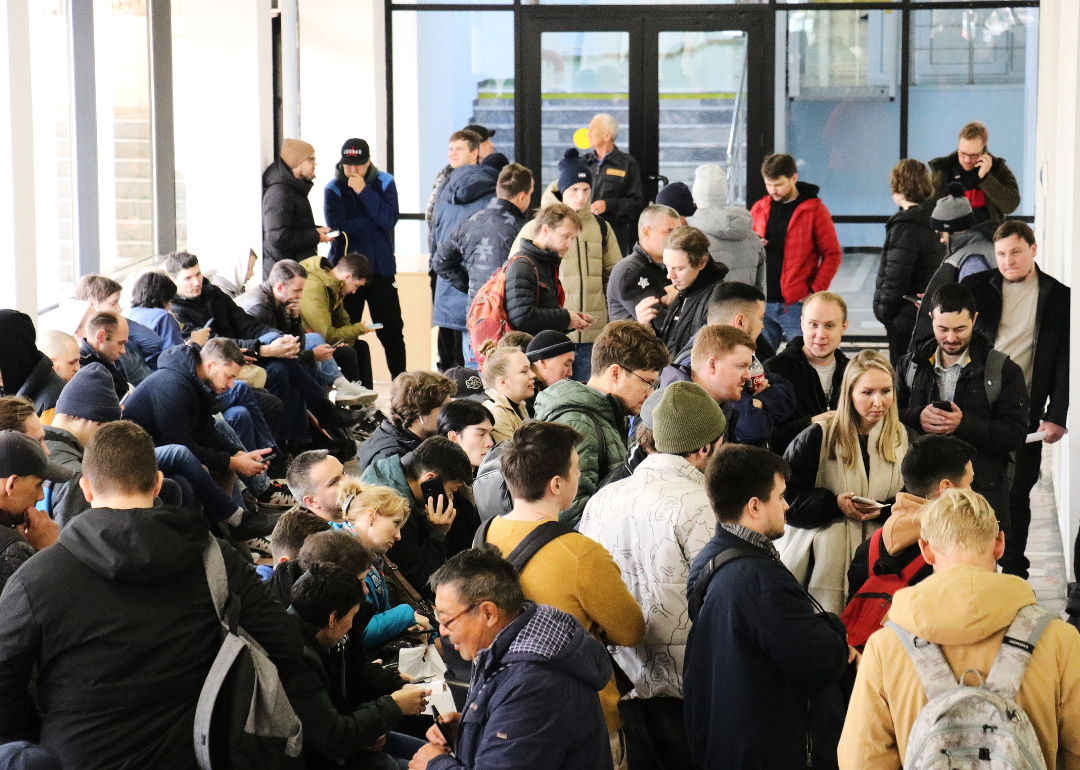 Russians have demonstrated a desire to flee their country

Though draft-eligible individuals certainly have extra motivation to flee Russia, many other Russians are also in a hurry to exit the country. In March 2022, within weeks of Russia’s invasion of Ukraine, Google Trends data showed a spike in searches for terms like “emigration” and “citizenship” in Russia. Both search terms demonstrate that leaving Russia may have been top of mind for many Russians as they watched the war in Ukraine unfold.

The thought of potentially fleeing Russia has undoubtedly turned into action for many Russian people. In just the first week after Russia invaded Ukraine, about 100,000 Russian individuals arrived in Kazakhstan alone. Because Kazakhstan is one of the larger countries that borders Russia and the two countries share many railways, it is taking the brunt of refugees and others seeking an alternative place to reside while war rages in Ukraine.

Some Russians may have the opportunity to enter countries farther west; however, the European Union is significantly restricting the number of refugees allowed to settle in its member countries.

You may also like: History of flight from the year you were born