10 times strikingly similar movies came out in the same year 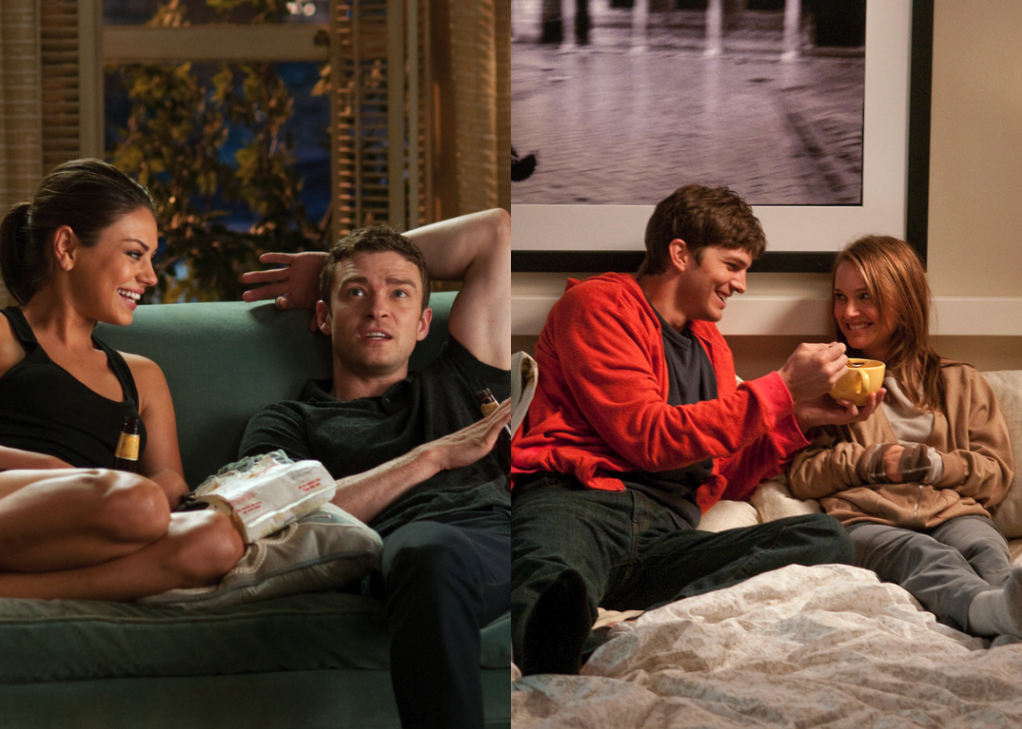 10 times strikingly similar movies came out in the same year

Have you ever noticed two movies that seem the same? Maybe you’re not even sure which is which or if you’ve seen one or the other.

Hollywood has a long history of competition, which sometimes means producing a movie to outdo a rival studio. For that reason, Stacker compiled a list of 10 occasions in which two movies that told the same, or an eerily similar, story came out in the same year. More than a few films on our list went into production to capitalize on or compete with another movie’s influence.

That said, even films with a remarkably similar premise, like animated ant colonies or aerial dogfights, turn out completely different by the time they’re in theaters. A few movies on our list, like “Top Gun” and “Zero Dark Thirty,” are way more popular and acclaimed than the films they resemble that premiered the same year. In many cases, both films garnered similar acclaim and popularity, like the turn-of-the-century stage magic dramas “The Prestige” and “The Illusionist,” which have identical set-ups and actors in similar costumes.

Read on for film rivalries you might want to see and decide for yourself which is better. 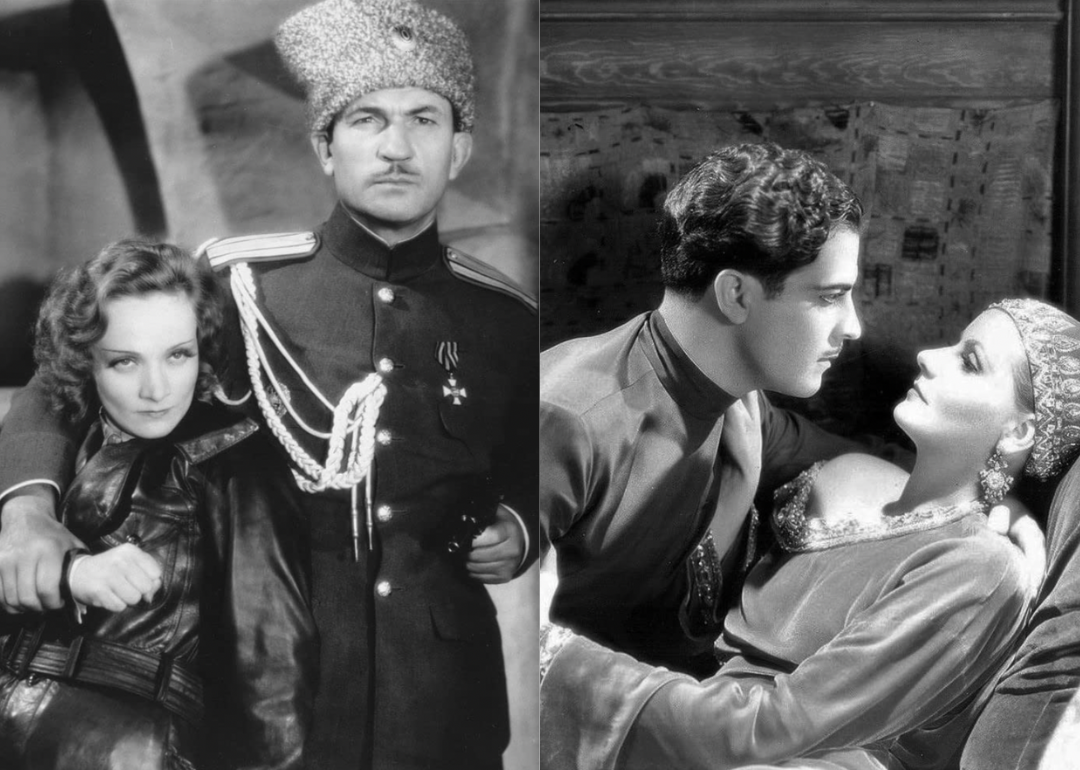 Marlene Dietrich and Greta Garbo were at the height of fame when they played World War I spies the same year. Paramount Studios reportedly greenlit “Dishonored” to compete directly with MGM’s “Mata Hari.” “Dishonored” was the third collaboration between Dietrich and director Josef von Sternberg, who had an international hit with 1930’s “The Blue Angel.”

While “Mata Hari” was a biopic of the notorious exotic dancer-turned-accused spy, “Dishonored” was loosely based on a similar premise, with Dietrich as Marie, a sex worker embroiled with the Austrian military who seduces Russian officers while gathering intelligence. While “Mata Hari” was Garbo’s biggest commercial success, both Garbo and Dietrich’s roles created icons out of sexually active women who embraced power, danger, and betrayal. 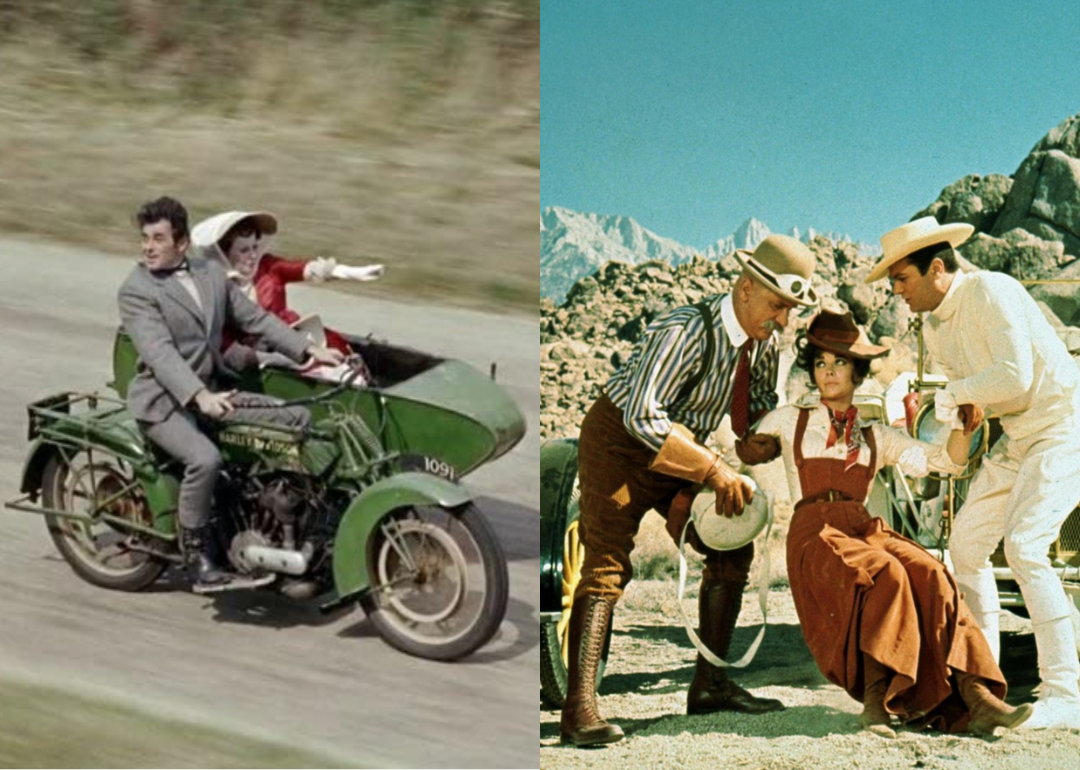 1965 saw the release of two madcap comedies set in early 20th-century Europe that featured star-studded ensemble casts racing around the world. “The Great Race” focused on sports cars, while the other film was about the titular flying machines. Both films revel in modes of transport and the stunt possibilities of air and sea contraptions that use a pre-steampunk style. Years after co-starring in “Some Like It Hot,” “The Great Race” finds Jack Lemmon and Tony Curtis once again sharing the screen. 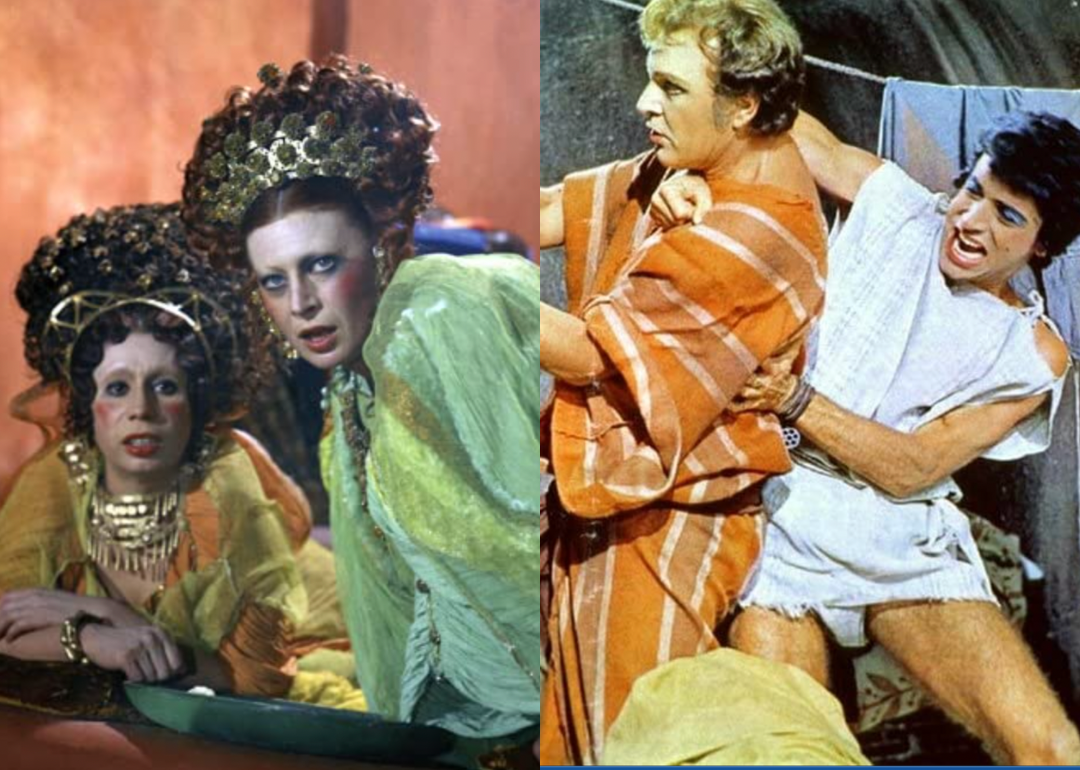 A rival “Satyricon” was produced to compete with auteur Federico Fellini’s acclaimed, artsy version of the same name. Fellini’s name became part of the title to distinguish his project from that of Alfredo Bini. Both films use Petronius’ satirical novel as source material.

While Fellini’s surreal, episodic film was lauded by critics and earned him an Oscar nomination for Best Director, Bini’s version was beset by lawsuits and controversy. Both productions disputed the other’s use of the novel’s title, which Bini had registered first. Though Bini’s version was set to premiere first, it was also removed from theaters and charged with obscenity, delaying its release for months while it was eventually cleared of corruption charges. 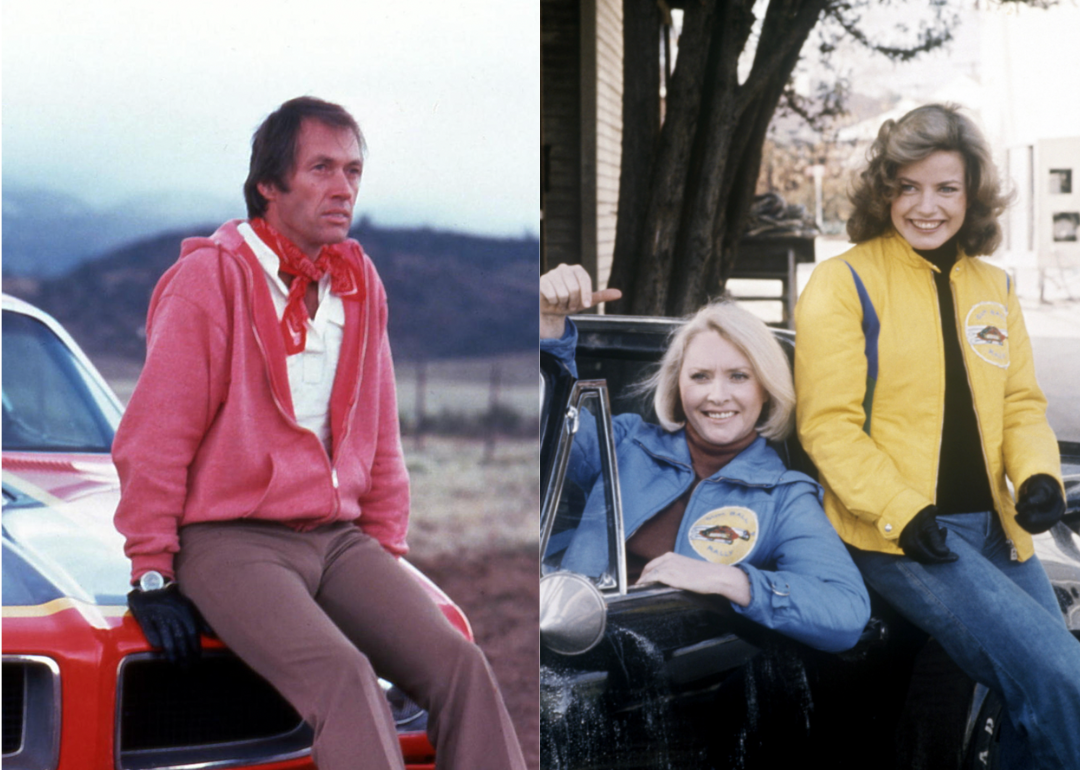 Stunt car chaos pervades two action films based on real-life illegal cross-country races covered by Car and Driver magazine in the early 1970s. This premise offers copious setups for explosions and vehicular mayhem as racers thwart the cops who try to stop them. “Cannonball” stars David Carradine as an ex-con, nicknamed Cannonball, who takes his parole officer girlfriend along with him on a deranged joyride.

Both films feature ensemble casts in roles as lawless drivers, but “The Gumball Rally,” which sees Michael Bannon (Michael Sarrazin) embark on a wacky and unruly race across the country, amps up the slapstick antics of the scenario. Both films are swept up in fantasies of power and the notion of fiery crashes as fun times. 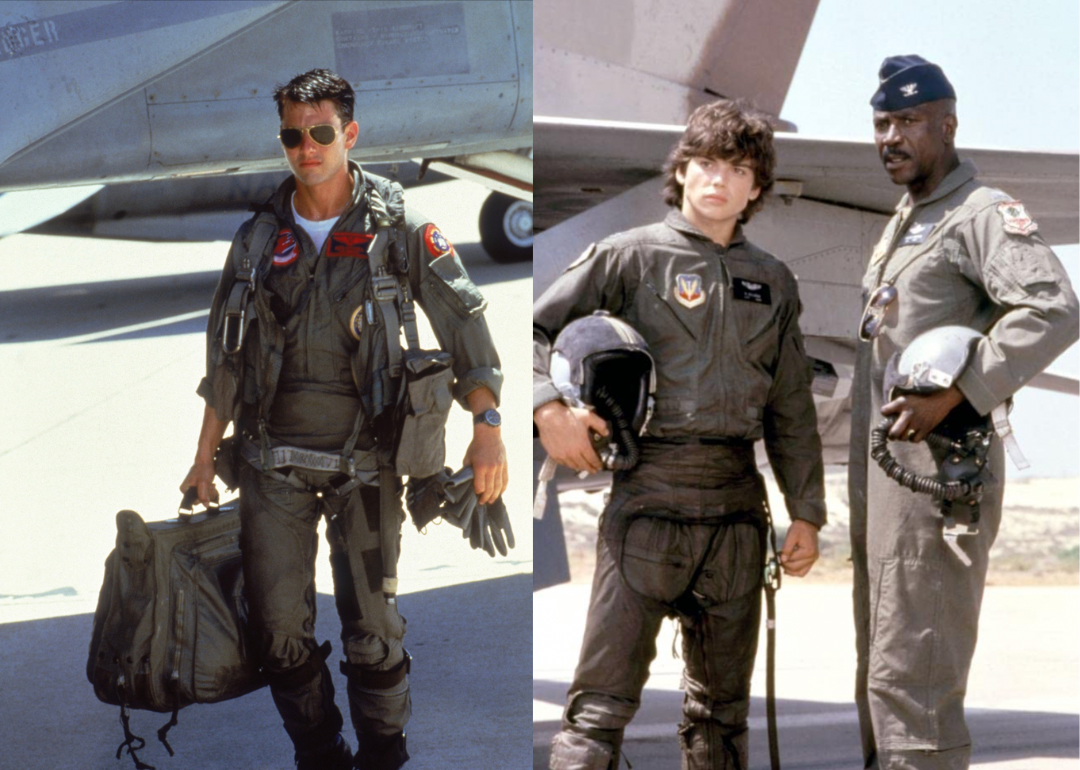 Jason Gedrick, who plays the hotshot pilot in “Iron Eagle,” was actually an uncredited extra in 1983’s “Risky Business,” the film that catapulted Tom Cruise to stardom. “Iron Eagle” premiered a few months before the megahit “Top Gun” and had a mediocre box office that was still enough to spawn a four-film franchise.

Both films feature a rebel (a maverick, if you will) pilot who thwarts the rules to save the day. In “Iron Eagle,” Gedrick (who resembles Cruise with his dark-haired smirk) plays a man who takes on a fictional Arab nation to save his father. Louis Gossett Jr. stars as his sidekick pilot who thwarts military rules. “Top Gun,” also based around aerial dogfights, was much more popular, becoming the highest-grossing film of 1986. DreamWorks and Pixar and Disney released animated features in the fall of 1998 that took place in ant colonies and featured characters looking to bust out of conformity. At the time, the similarity of the two films was reportedly due to an alleged, yearslong beef between rival studio heads.

Tensions at Disney came to a head in 1994 when then-studio chief Jeffrey Katzenberg was apparently forced out of the company by his former friend and Disney CEO Michael Eisner. Allegedly, Katzenberg’s ousting from Disney to DreamWorks—which resulted in a legal dispute that wouldn’t resolve until 2014—included his filching the ant movie project already underway at the rival studio.

The rumored brouhaha didn’t affect the popular audience, mainly kids and families, who enjoyed both outings. Both films were critical successes, but “A Bug’s Life” far outran “Antz” at the box office. “Antz” voice talent included Sharon Stone, while “A Bug’s Life” featured Julia Louis-Dreyfuss. Each film also features the voices of men later credibly accused of sexual assault, Woody Allen and Kevin Spacey, who were respected stars then. 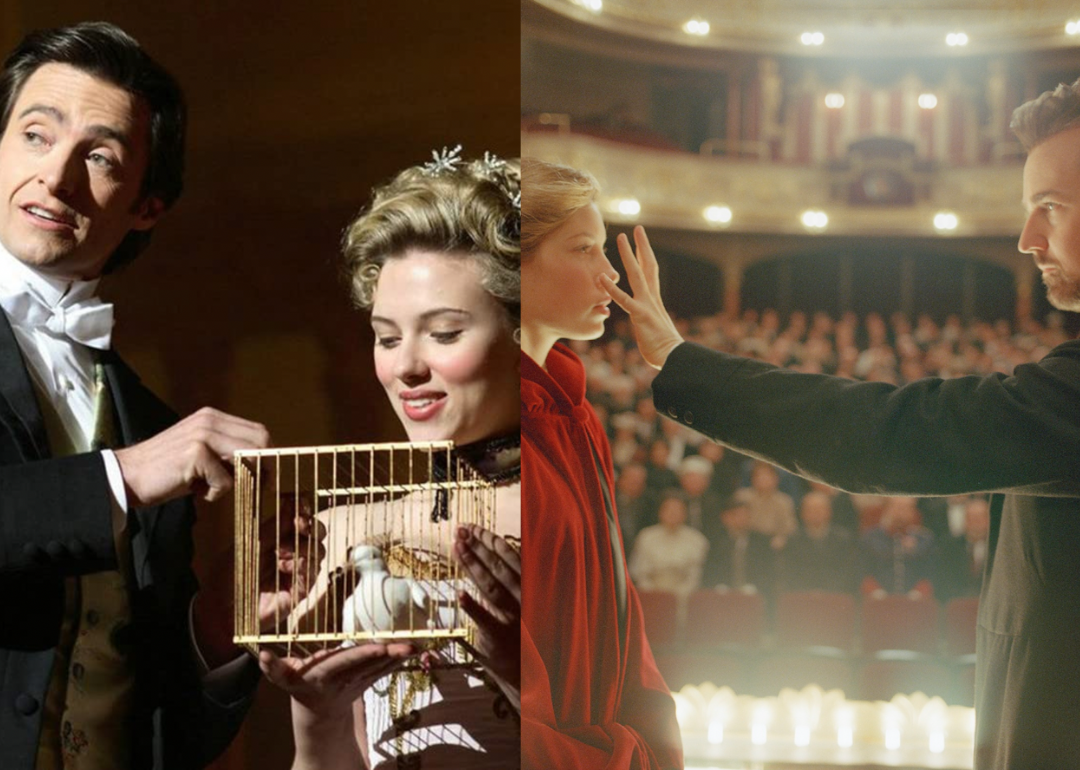 Both of these magician-focused literary adaptations received Academy Award nominations for cinematography for their respective portraits of a shadowy, moody Victorian era. Edward Norton stars as the Illusionist whose paramour (Jessica Biel) is betrothed to a cruel prince (Rufus Sewell). Meanwhile, Paul Giamatti plays a police detective investigating the mysteries connecting romance and stage magic.

Elsewhere, in 2006, Christopher Nolan directs “The Prestige,” which features similar characters who use magic tricks to outwit rivals. Hugh Jackman and Christian Bale play dueling magicians in a film that revolves around increasingly complicated and deadly illusions. David Bowie has a small part in “The Prestige” as Nikola Tesla. 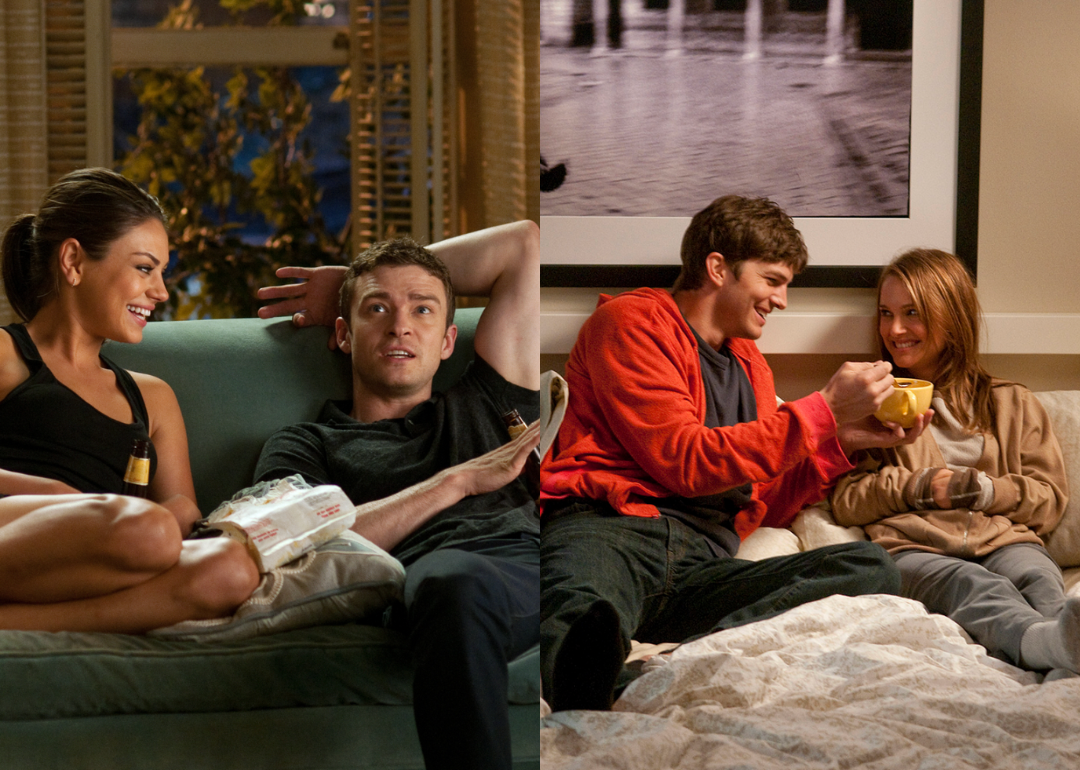 ‘Friends with Benefits’ and ‘No Strings Attached’ in 2011

Strangely, real-life couple Mila Kunis and Ashton Kutcher each played the lead in these two movies about hooking up without committing. The pair starred together on “That ’70s Show,” and Kunis recounts that they began seeing each other casually in much the same way as their movie characters. Soon after, they jumped into a committed relationship and moved in together, ultimately getting hitched in 2015. 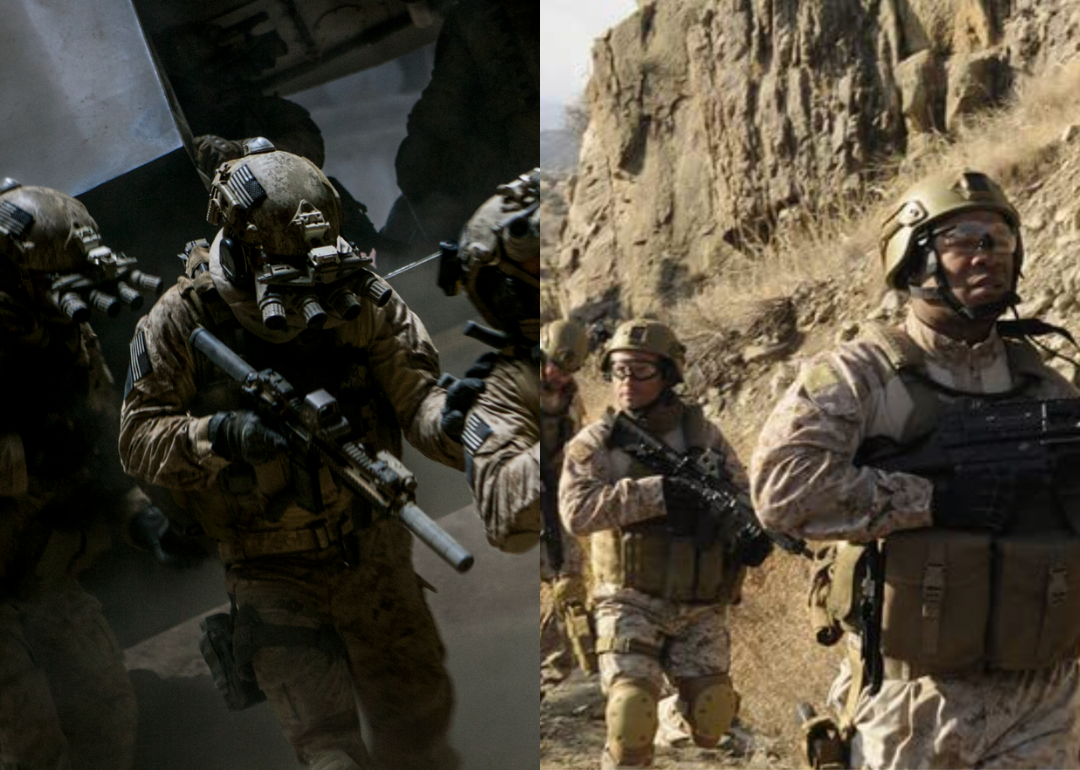 While “Zero Dark Thirty” was critically acclaimed and garnered five Oscar nominations, “Seal Team Six” was a made-for-television movie that premiered on National Geographic. Both films recount the surveillance efforts that led to the killing of Osama Bin Laden in 2001 by a team of elite marines and CIA sleuths.

William Fichtner and Cam Gigandet star in “Seal Team,” while Jessica Chastain, who earned an Oscar nomination for her performance, stars in “Zero Dark Thirty.” “Seal Team Six” premiered first, purportedly to get a boost from the more popular prestige film. While “Zero Dark Thirty” was a critical and box office success, it did meet with considerable controversy nearing awards season, with critics seeing the film as a defense of torture. 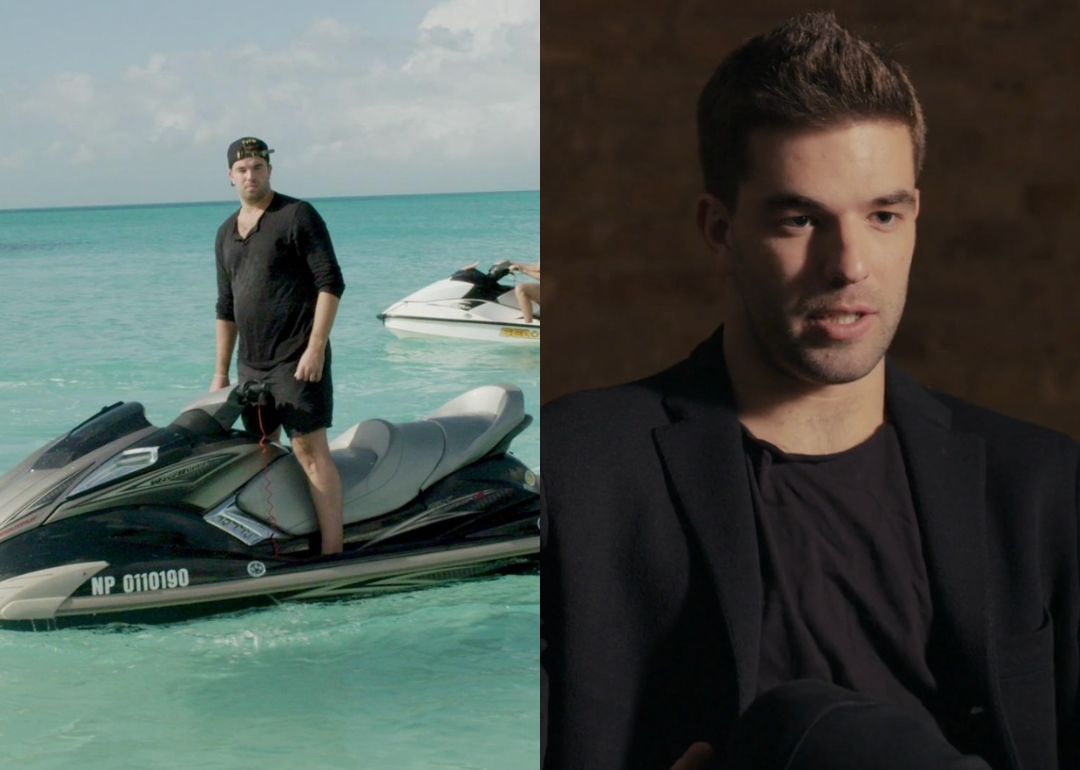 Hulu dropped “Fyre Fraud” just four days before the premiere of Netflix’s “Fyre” in an apparent bid to steal the rival streaming service’s thunder. Both documentaries chronicled the chaos of 2017’s Fyre Festival, which became an internet obsession. The failed festival was a much-touted concert event taking place across two weekends on a Bahamian isle hosted by rapper Ja Rule and promoted by celeb models on Instagram.

Billy McFarland, the primary organizer, was eventually convicted of fraud and sentenced to prison after thousands of ticketholders arrived on the uninhabitable island where there was no concert or promised luxury lodging and amenities. Hulu’s version features an interview with McFarland, who was paid for his participation. Both docs were Emmy-nominated critical successes, banking on a story about both the massive failure of rich people and the festivity in the artifice and hypocrisy of cultural influence.