25 of the best movies set in the Middle Ages 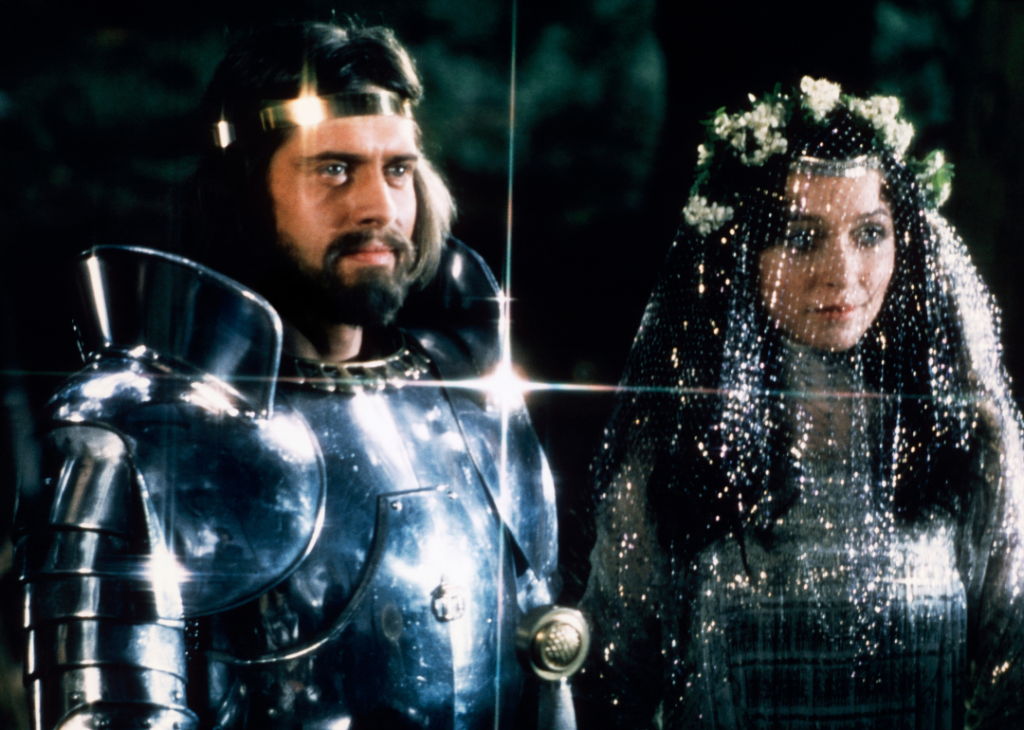 25 of the best movies set in the Middle Ages

Movies have always allowed us to travel through time. From thousands of years in the future to thousands of years in the past, films allow us to experience worlds much different than the one in which we currently live. And some of the best period pieces out there are those that take place in the Middle Ages. The medieval times are fertile ground for historical dramas, Shakespearean adaptations, biopics, and fantasy films. They are fruitful for such classic films as Disney’s animated “Hunchback of Notre Dame” and gripping epics like “Braveheart” to farcical parodies like “Monty Python and the Holy Grail.”

Stacker researched cinema set in the Middle Ages and spotlighted 25 features with at least a 7.0 on IMDb or a 75 on Metacritic. So, before spending too much money at your local Renaissance fair to get your medieval fix, sit back, relax, and check out these great period films. 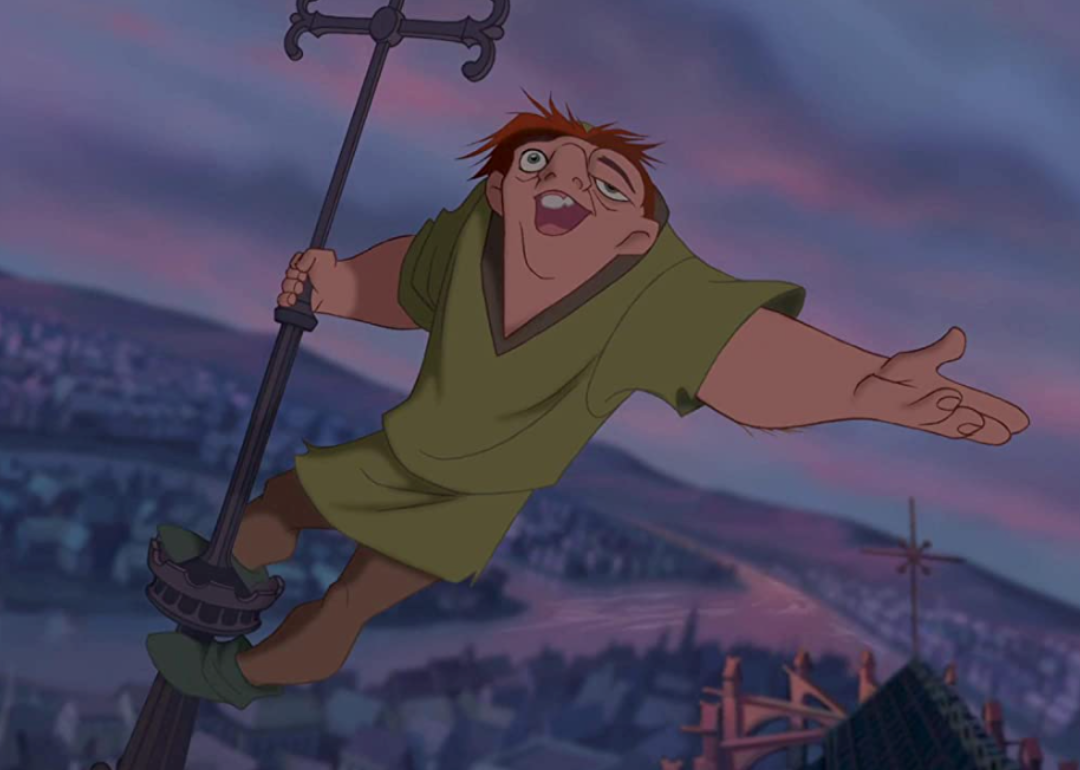 This classic Disney animated film follows the tragic story of hunchback Quasimodo, the isolated bell-ringer for Notre Dame in Paris, as he yearns to explore the outside world and be free from the oppression of his father figure, Claude Frollo. Loosely based on Victor Hugo’s 1831 novel, “The Hunchback of Notre Dame” received nominations for its musical score at the Academy Awards and the Golden Globe Awards. 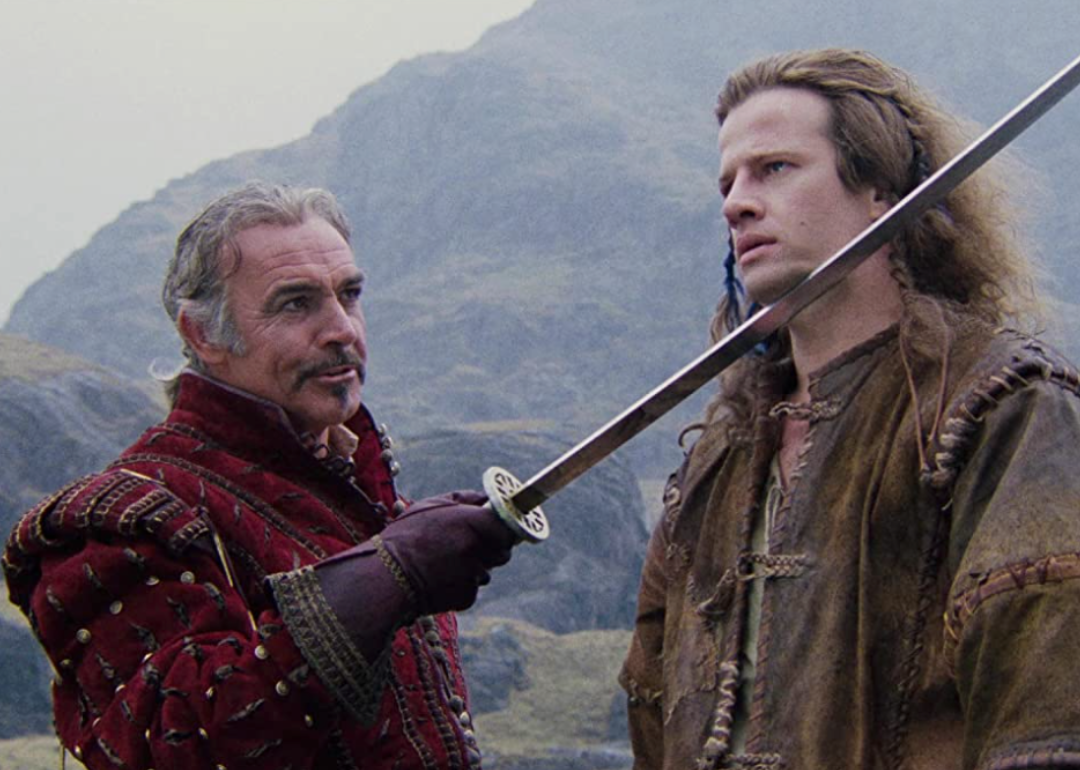 From 16th-century Scottish Highlands to 20th-century America, two immortal warriors reach the climax of their age-old feud, settling the score once and for all in the streets of New York City. Even though it takes place a century after the Middle Ages, “Highlander” still plays like a medieval film due to its design and proximity to the official Middle Ages (within 100 years). Though production doesn’t appear to have started just yet, a reboot of “Highlander” is in the works with Henry Cavill confirmed to star and “John Wick” director Chad Stahelski to helm. 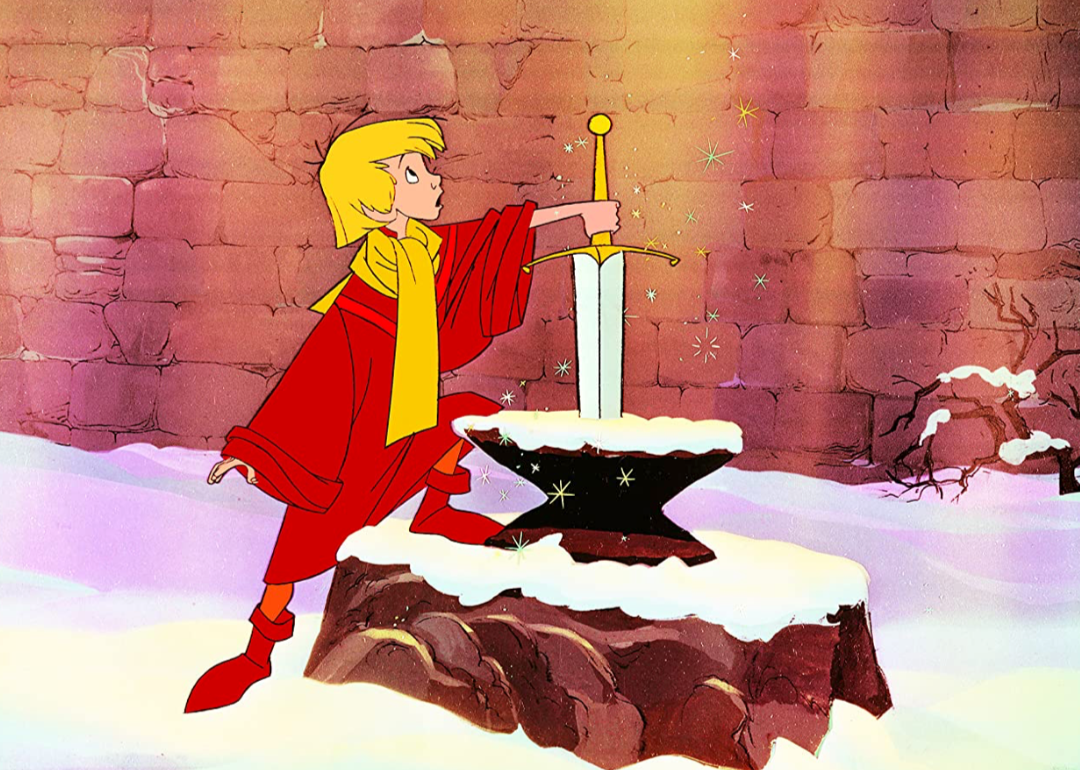 Disney’s animated adaptation of the Arthurian fable follows King Arthur from his childhood as an orphan known as “Wart” to cementing his place in legend and proving himself to be the rightful king of England. A live-action remake from Disney was announced in 2018, with “28 Weeks Later” director Juan Carlos Fresnadillo pegged to direct and “Game of Thrones” scribe Bryan Cogman penning the script. However, there have been no updates on the project since 2018. 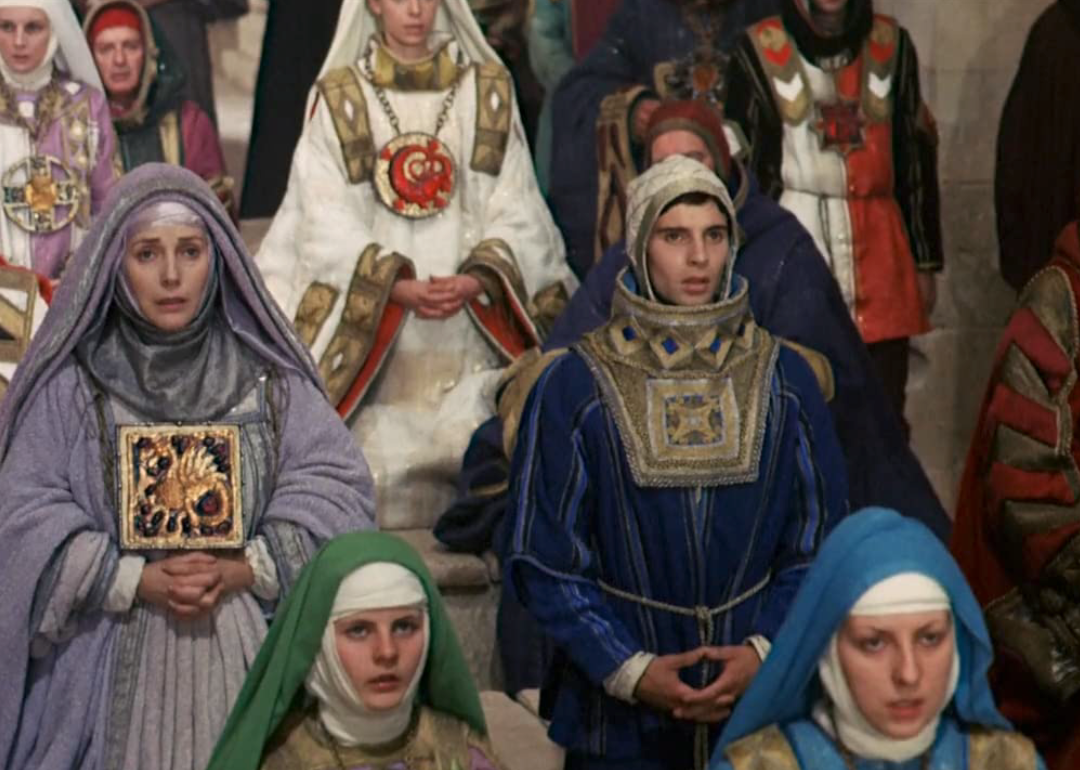 This film concerns the life of Saint Francis of Assisi, who returns from war and disavows his opulent upbringing in favor of working with the poor and planning to rebuild an old church. While released in Italian, the songs in the English-language version of the film were written and performed by famous Scottish artist Donovan. 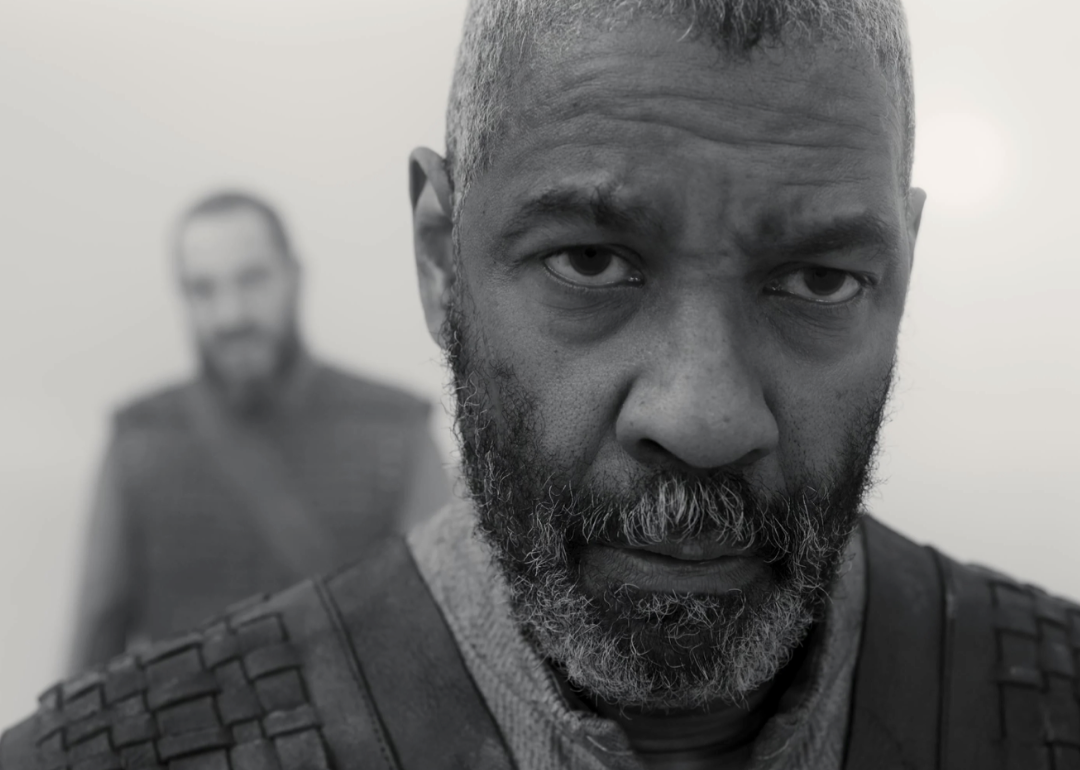 Joel Coen’s highly stylized reimagining of the classic Shakespearean play stars Denzel Washington and Frances McDormand as the doomed Macbeth and Lady Macbeth, who become convinced by witches of the Scottish lord’s ascent to power, stopping at nothing to attain it. The film received three Academy Award nominations in 2022—Best Cinematography, Production Design, and Best Actor for Washington—though it did not win any. 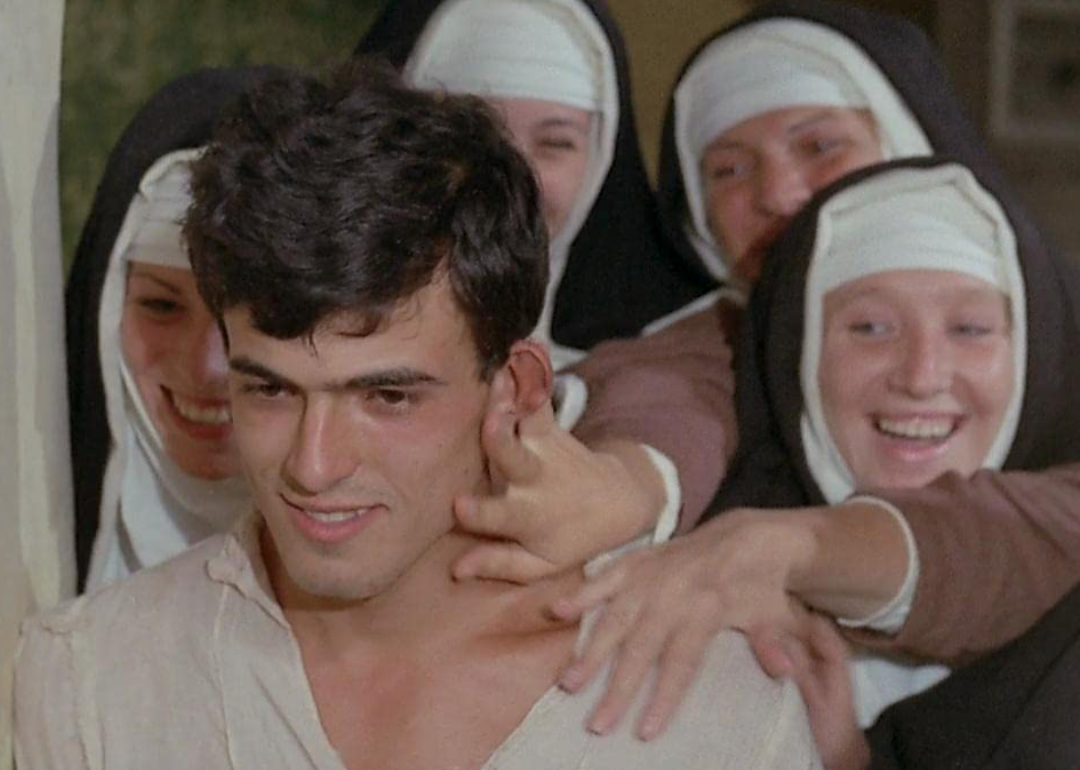 Directed by iconic Italian filmmaker Pier Paolo Pasolini, this film follows a series of stories based on Giovanni Boccaccio’s 14th-century allegory of the same name. Pasolini’s “The Decameron” is one part of a three-part trilogy of films based on other classic works of medieval literature. Dubbed the “Trilogy of Life,” the trilogy also includes an adaptation of Geoffrey Chaucer’s “The Canterbury Tales” and “The Thousand and One Nights,” adapted from the collection of Middle Eastern folktales “One Thousand and One Nights.” 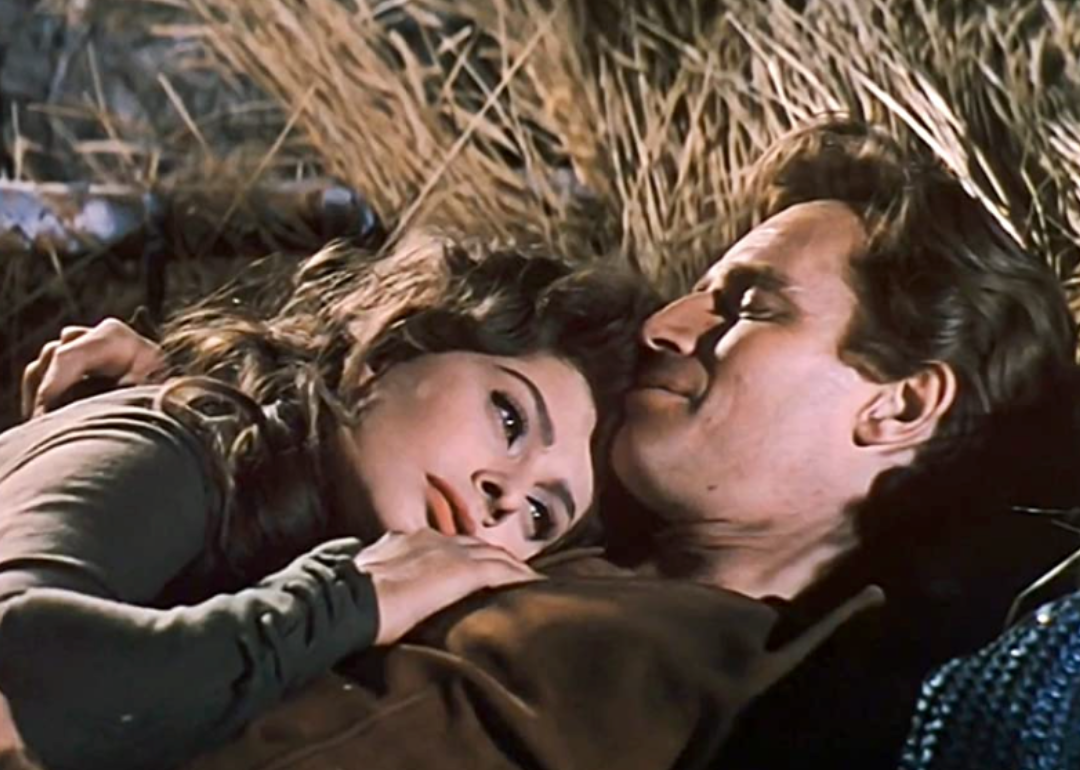 Set during the Crusades, “Kingdom of Heaven” follows a grieving blacksmith who joins his estranged father on the road to Jerusalem, where he is thrown into war and political intrigue. Ridley Scott’s epic historical fiction film received mixed reviews upon release, but his 194-minute director’s cut, released seven months after the theatrical version, has received more acclaim. 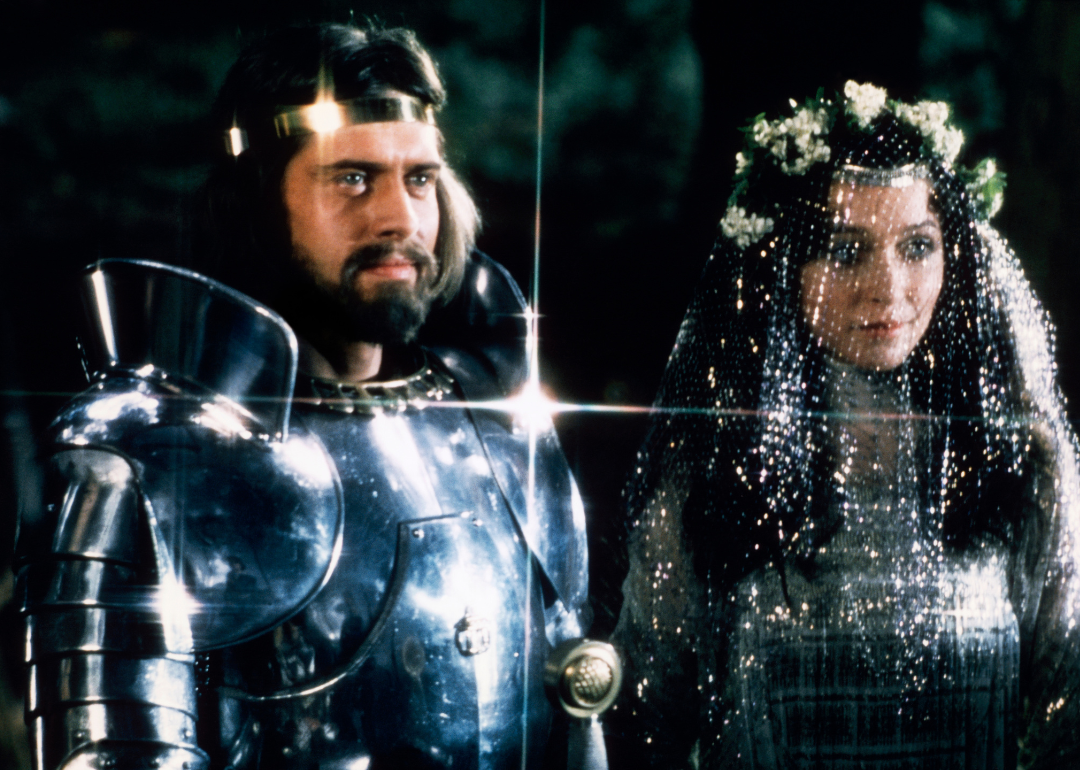 This epic medieval fantasy chronicles the legendary Arthur Pendragon’s life from birth to death, including his search for the Holy Grail alongside his Knights of the Round Table. Starring Nigel Terry, Helen Mirren, and Nicholas Clay, John Boorman’s film is loosely based on Thomas Malory’s Arthurian romance from the 15th century, “Le Morte d’Arthur.” 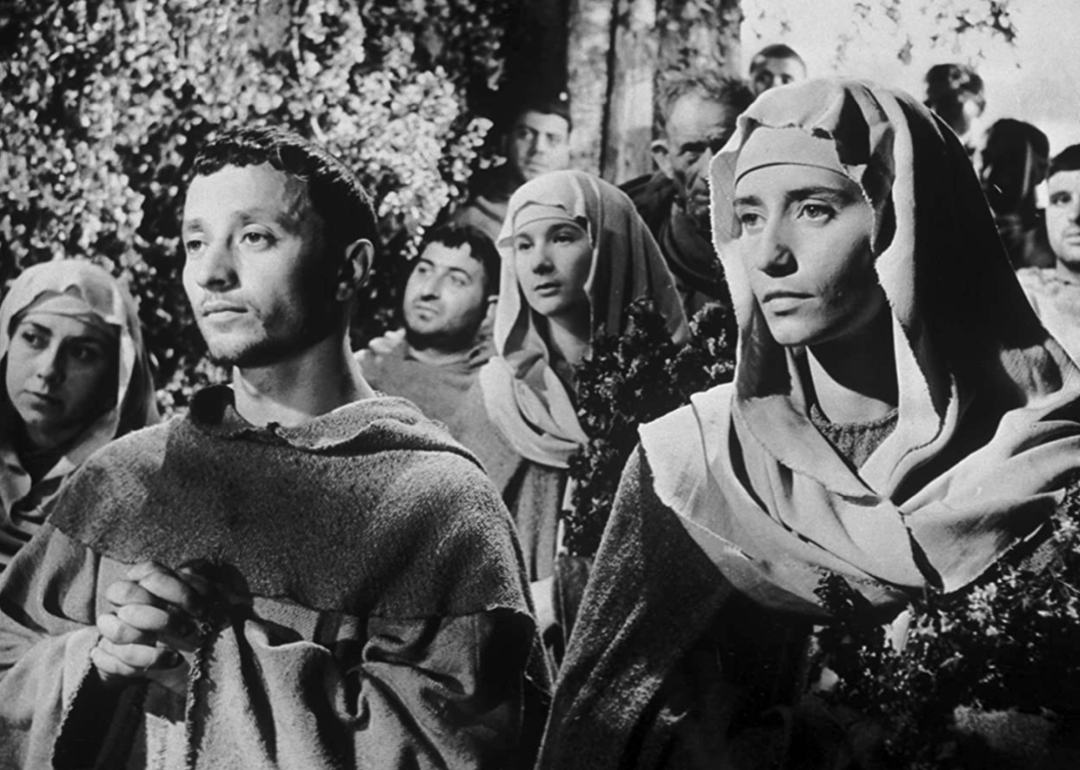 You may also like: 100 best Western films of all time 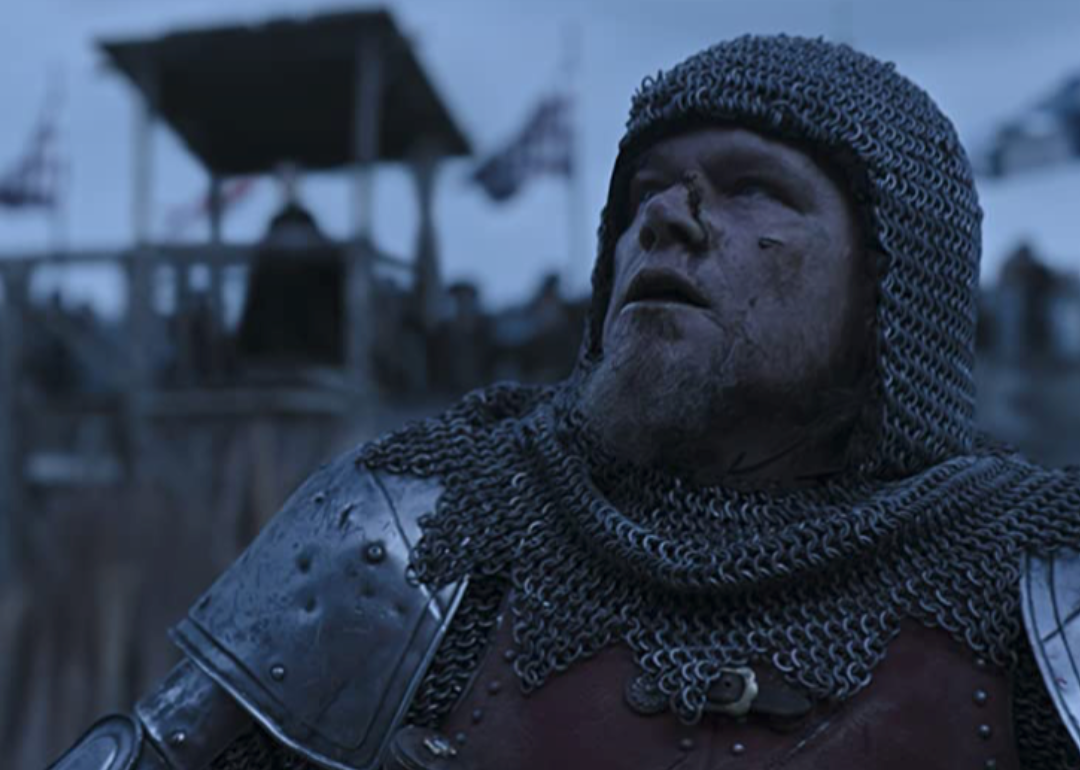 When the wife of respected knight Jean de Carrouges (Matt Damon) accuses the squire of King Charles VI, Jacques le Gris (Adam Driver), of forcing himself on her, former friends Carrouges and le Gris must settle the issue once and for all in France’s last duel to the death in history. Based on Eric Jager’s book “The Last Duel: A True Story of Crime, Scandal, and Trial by Combat in Medieval France,” the screenplay was adapted by Damon, Ben Affleck, and Nicole Holofcener into three chapters. 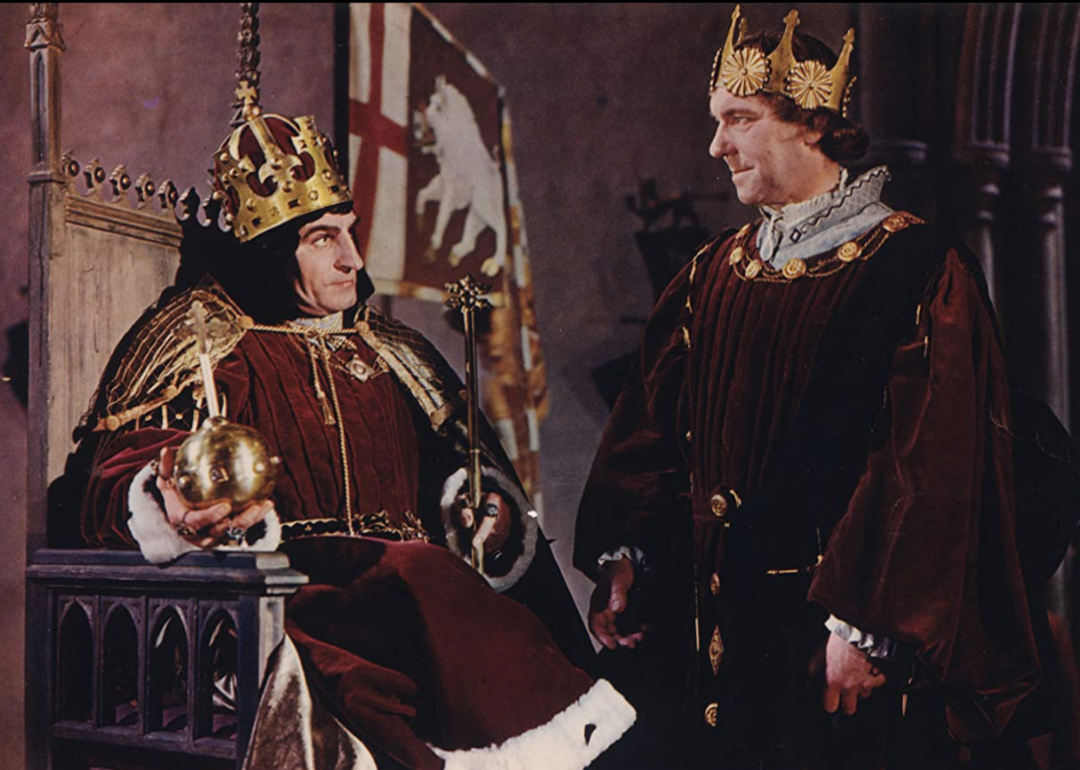 Adapted from the classic Shakespeare play of the same name, the 15th-century tale is transposed to an alternate timeline in 1930s England, in which Richard is a mad fascist plotting a coup to overtake the British throne. “Richard III” received nominations for Best Art Direction and Best Costume Design at the 68th Academy Awards. A tank used in the film remains permanently on display in London. 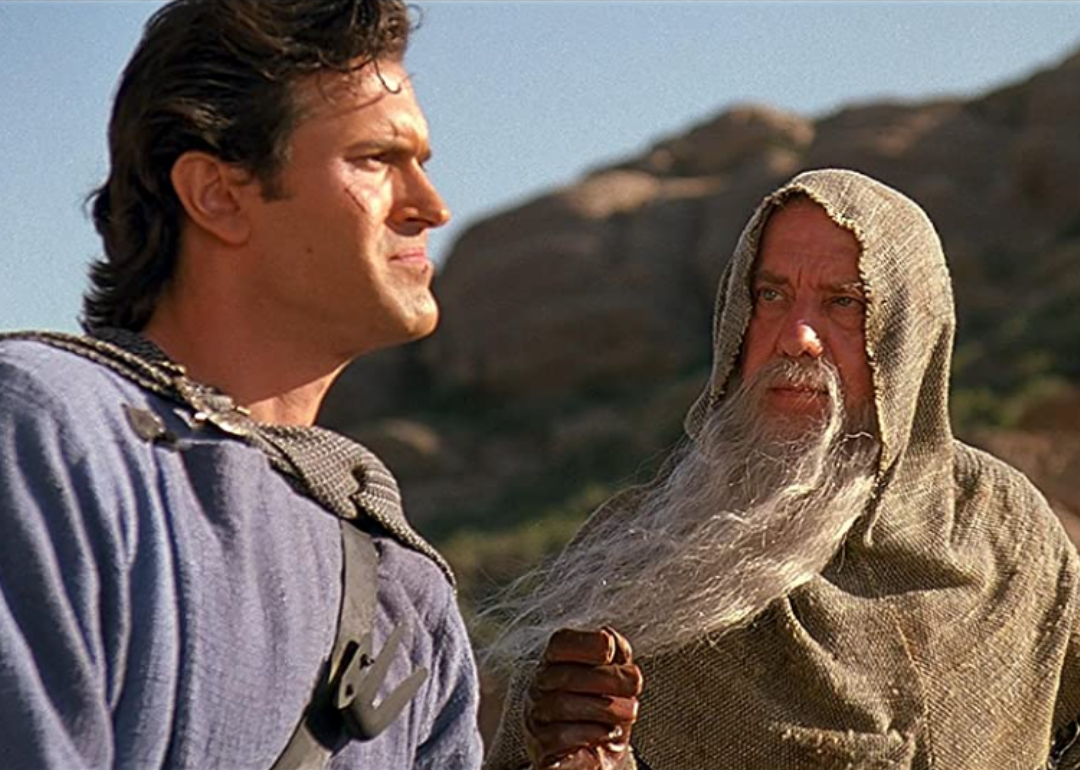 Sent hurtling back in time by the evil Necronomicon following the events of “Evil Dead II,” Ash Williams and his chainsaw arm find themselves in the medieval age, where the threat from the Deadites is direr than before. Originally the final film in Sam Raimi’s “Evil Dead” trilogy, a fourth installment, “Evil Dead Rise,” is set to release in April 2023. 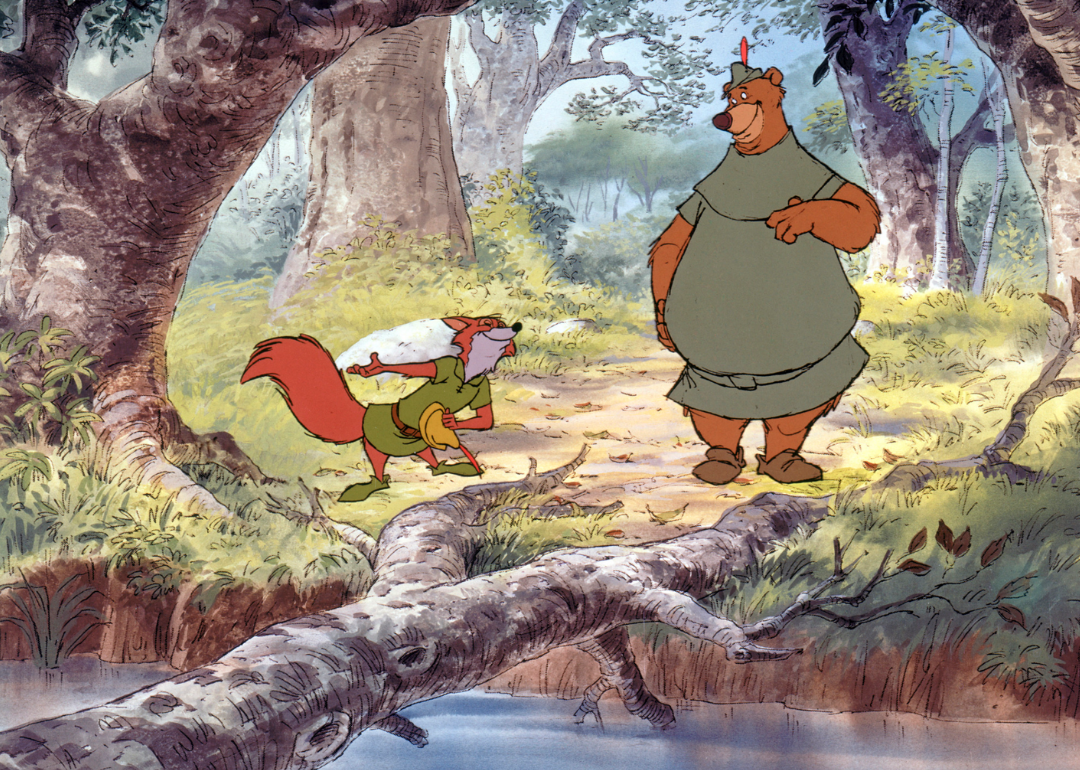 Disney’s animated take on the legend of Robin Hood sees the selfless hero as an anthropomorphic fox and his sidekick, Little John, as a cuddly bear. The unlikely duo band together with other woodland animals to wage battle against the greedy Prince John. The film is notable for its amount of recycled animation from previous Disney films. 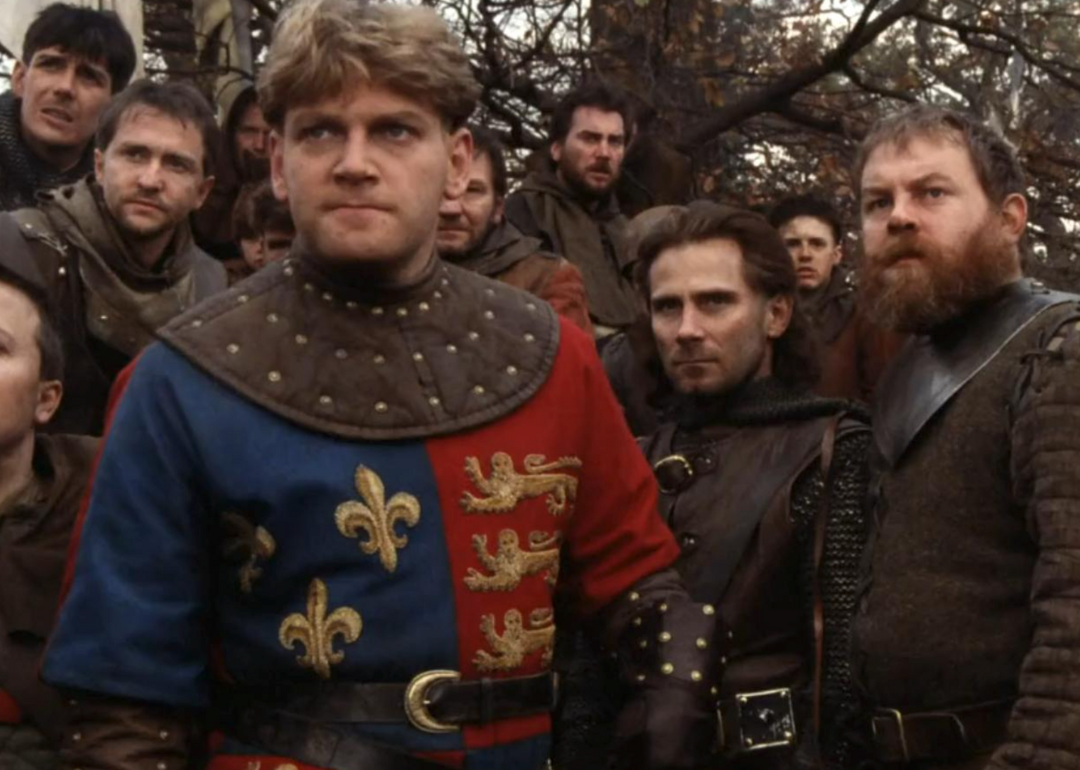 From Kenneth Branagh, this adaptation of the classic Shakespeare play chronicles the life of King Henry V of England, specifically the events immediately preceding and following the Battle of Agincourt in 1415. Branagh’s directorial debut received three nominations at the 62nd Academy Awards: Best Director, Best Actor (for Branagh), and Best Costume Design, the latter of which it won.

You may also like: 100 greatest movie songs from 100 years of film 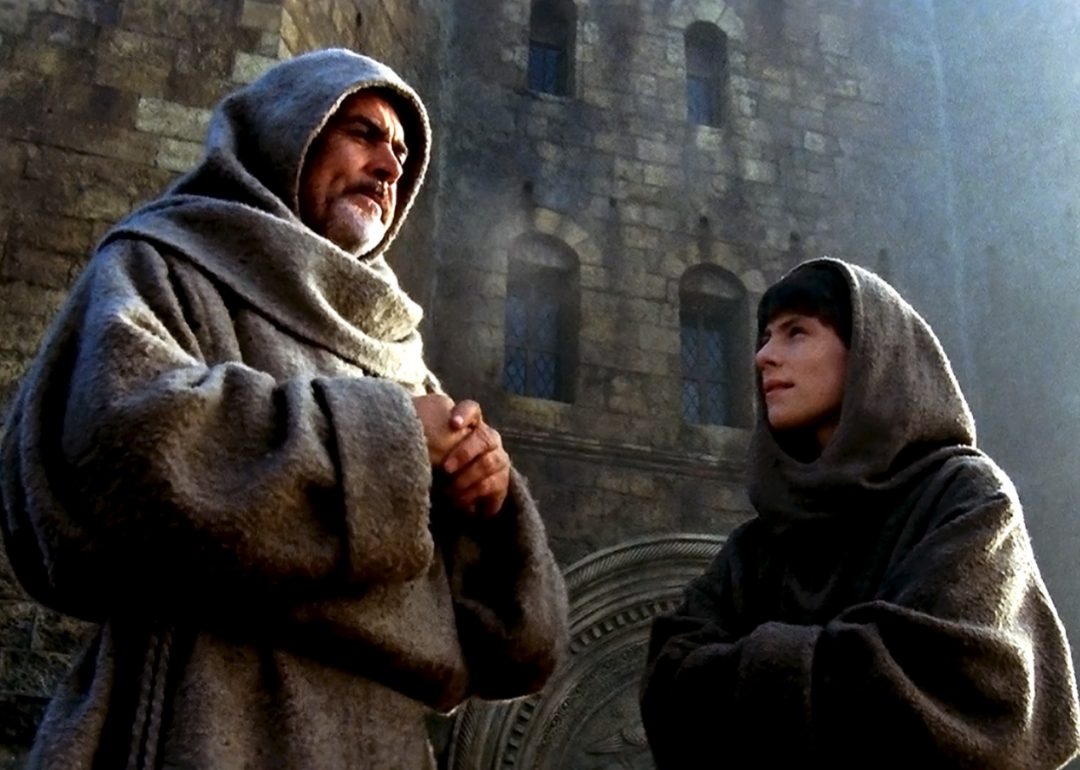 Based on Umberto Eco’s novel of the same name, “The Name of the Rose” follows Sean Connery’s Franciscan monk William of Baskerville, who travels alongside his apprentice to an abbey where a death has occurred under suspicious circumstances. Connery received a BAFTA award for Best Actor for his performance as William of Baskerville. 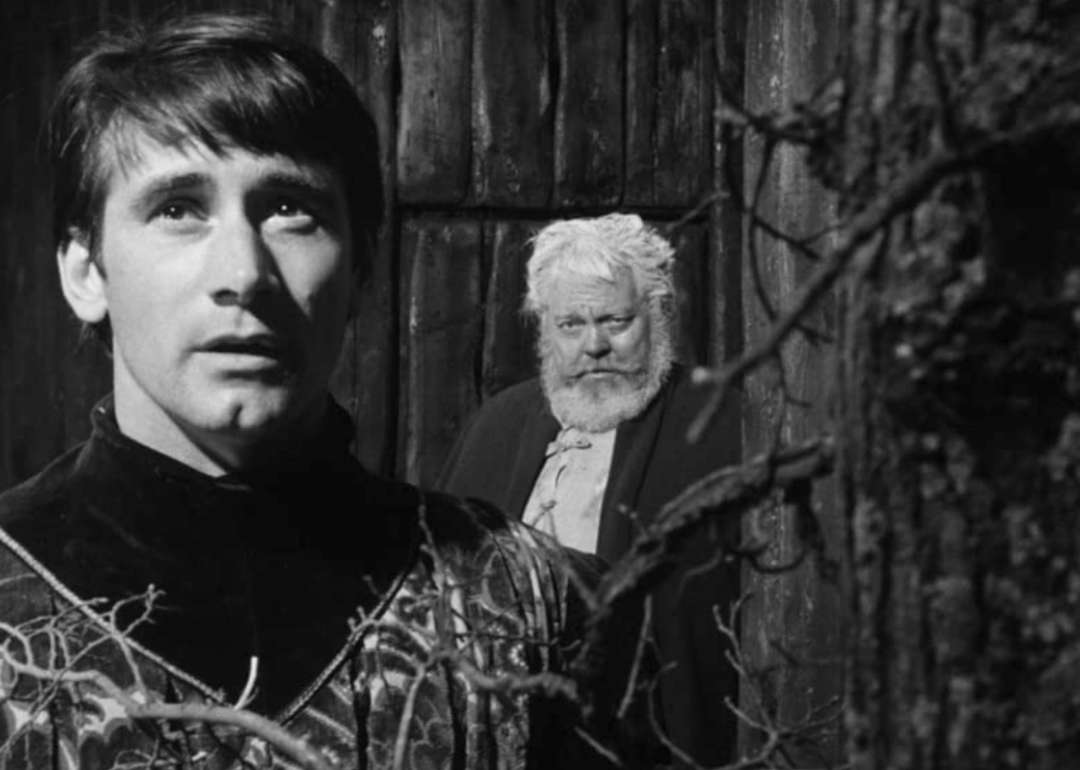 Based on William Shakespeare’s recurring character of John Falstaff, Orson Welles’ “Chimes at Midnight” follows the father-son relationship between Falstaff and Prince Hal, the latter of whom finds his loyalty tested between his father figure and that of King Henry IV. The film combines several Shakespeare plays, including “Richard II,” “Henry V,” “The Merry Wives of Windsor,” and both “Henry IV” plays. 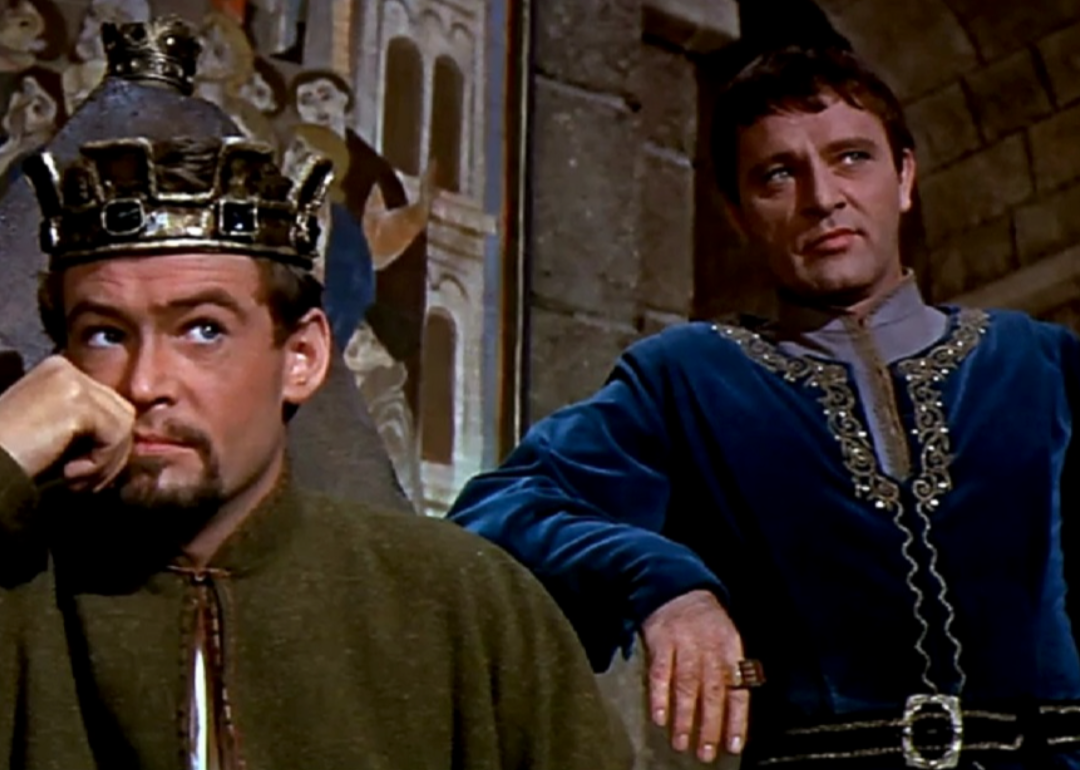 Starring Peter O’Toole as King Henry II of England, this historical drama details the relationship between Henry II and Thomas Becket, who was appointed to Archbishop of Canterbury by Henry under the false assumption that he would be compliant. The film received a whopping 11 nominations at the 37th Academy Awards, including Best Picture, Best Actor (for O’Toole and Richard Burton), and Best Director (for Peter Glenville). It won Best Adapted Screenplay. 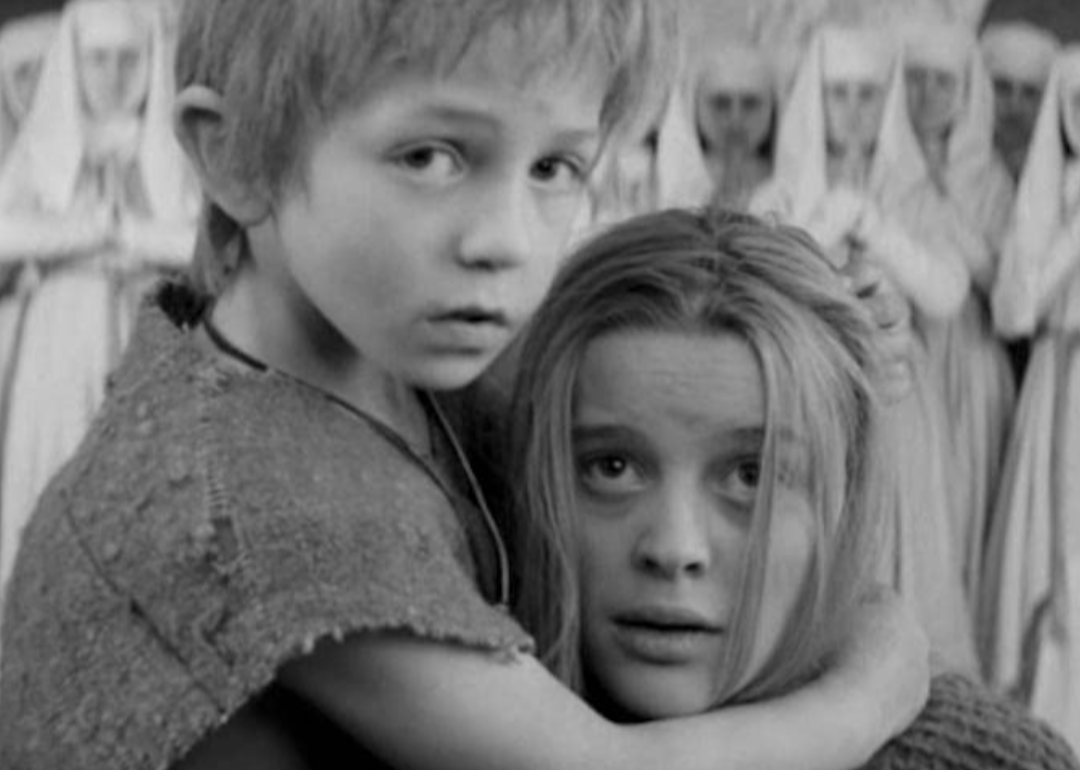 Set in the mid-13th century, “Marketa Lazarová” follows the kidnapping of the daughter of a feudal lord by pillagers, her role as her captor’s mistress, and the climactic battle that leads to her freedom. The film was adapted from Vladislav Vančura’s 1931 novel of the same name. 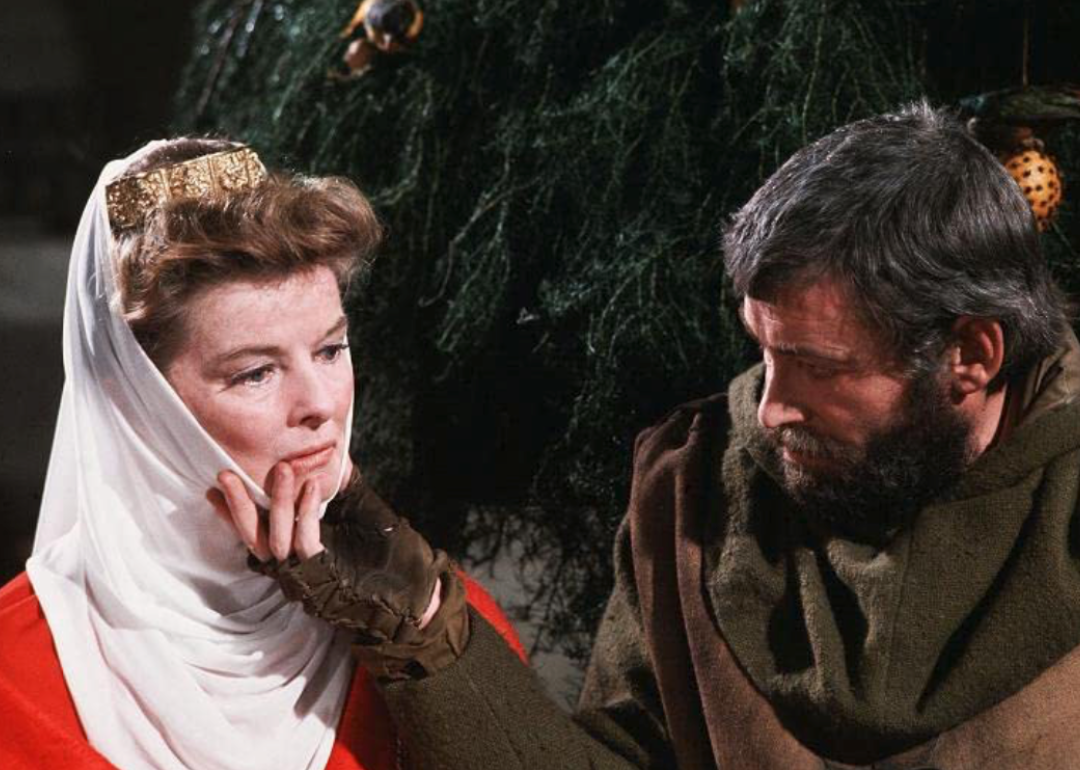 During Christmas of 1183, King Henry II of England is planning to announce the successor to his throne. But interpersonal tension and political turmoil threaten to make the decision more complicated as Henry’s family members each have their own ideas about who should be the next King of England. For his second portrayal of King Henry II (his first being “Becket”), Peter O’Toole received yet another Academy Award nomination, though he did not win this time either.

You may also like: 100 best American movies of all time 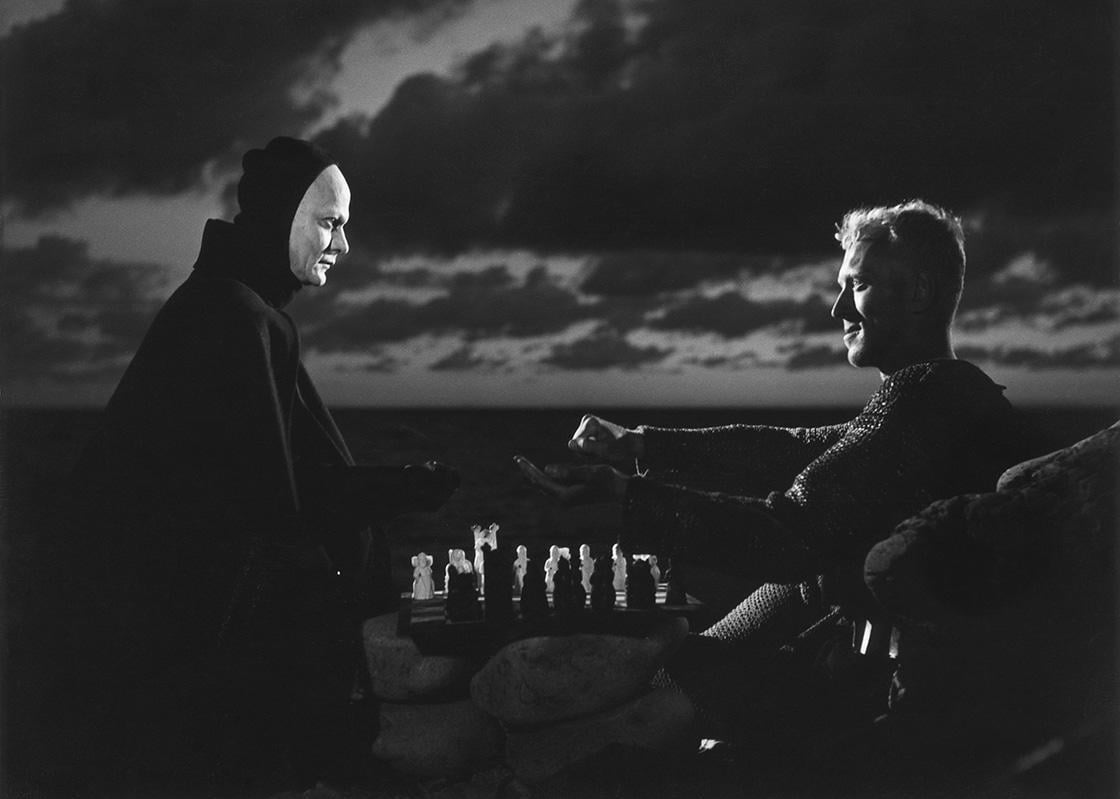 Returning from battle in the Crusades to find his home plagued by the Black Death, Swedish knight Antonius Block decides to challenge Death to a game of chess to prolong his life. Simultaneously, he embarks on a journey to commit one last act of redemption and save his soul. Ingmar Bergman’s pallid personification of Death has become an iconic figure of cinema and was famously paid homage to in “Bill & Ted’s Bogus Journey.” 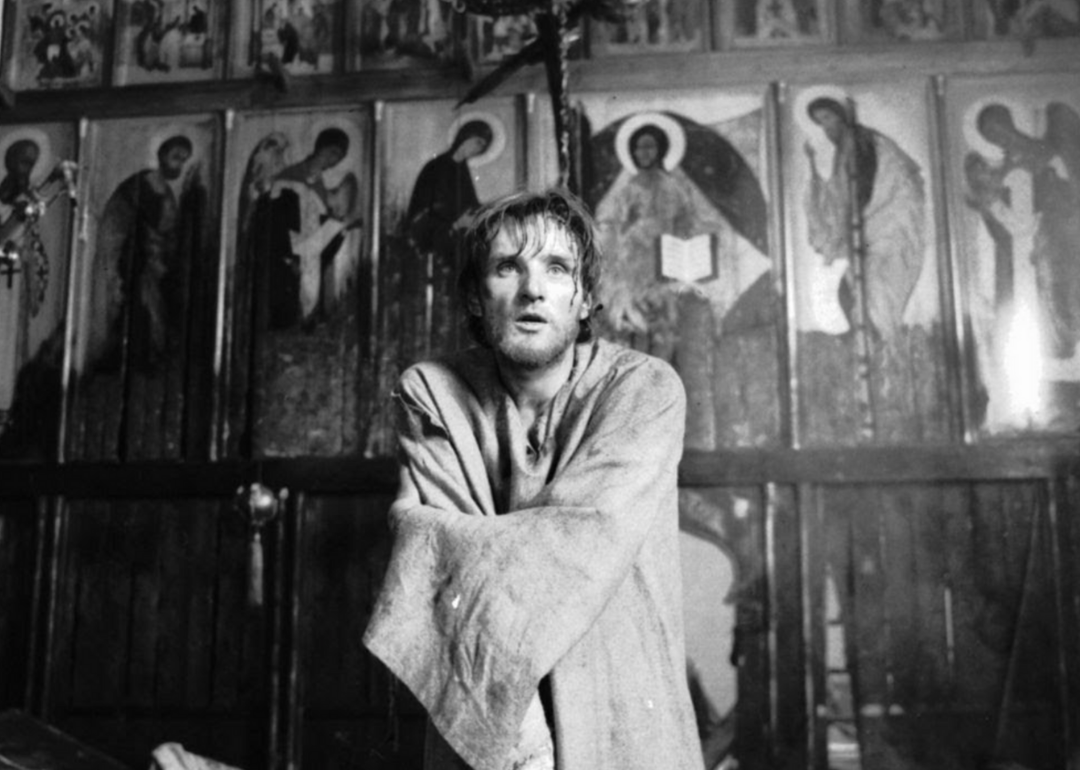 Andrei Tarkovsky’s arthouse bio-drama loosely follows the life of 15th-century Russian religious painter Andrei Rublev as he drifts from location to location and eventually acquires notoriety for his art. “Andrei Rublev” was banned by Soviet authorities upon completion in 1966, only to be released suddenly and quietly five years later in 1971. The Criterion Collection release of the film includes both Tarkovsky’s preferred director’s cut and the version of the film that was initially suppressed. 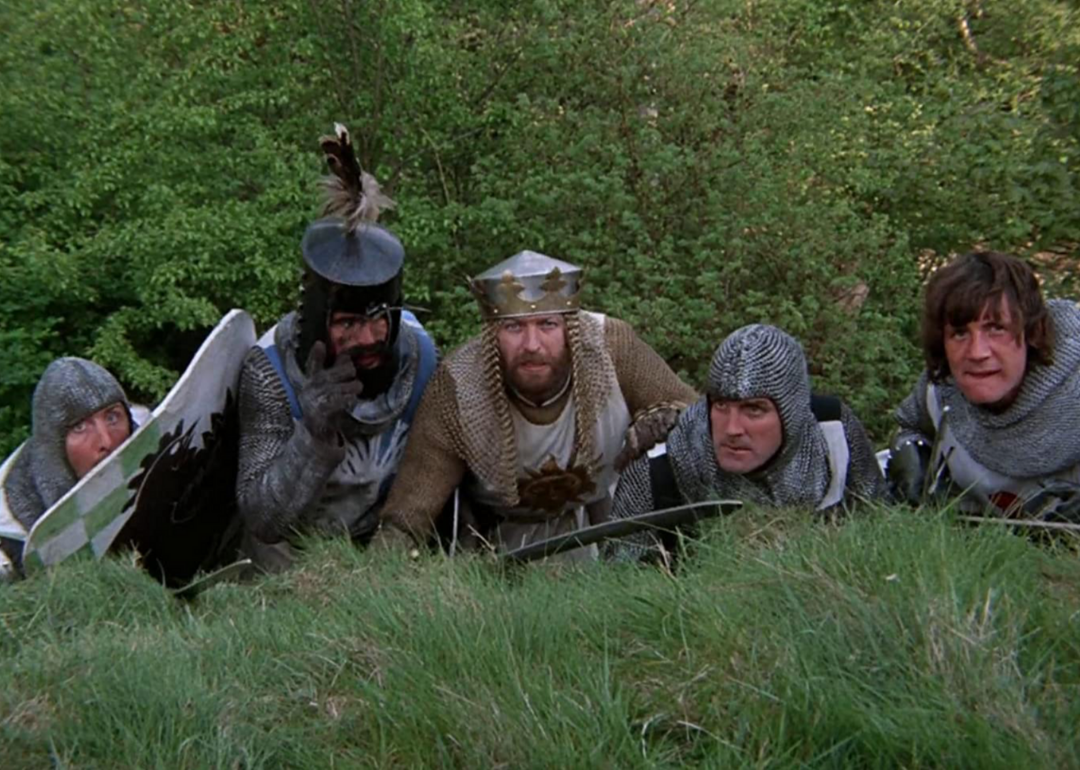 British comedy troupe Monty Python’s classic farce of Arthurian legend follows Sir Arthur Pendragon as he forms his iconic Knights of the Round table. Together, they set off searching for the Holy Grail, getting themselves into plenty of hijinks and mishaps along the way. Thirty years after “Monty Python and the Holy Grail” was released, Python member Eric Idle adapted the film into the Broadway musical “Spamalot,” which has won three Tony awards, including Best Musical. 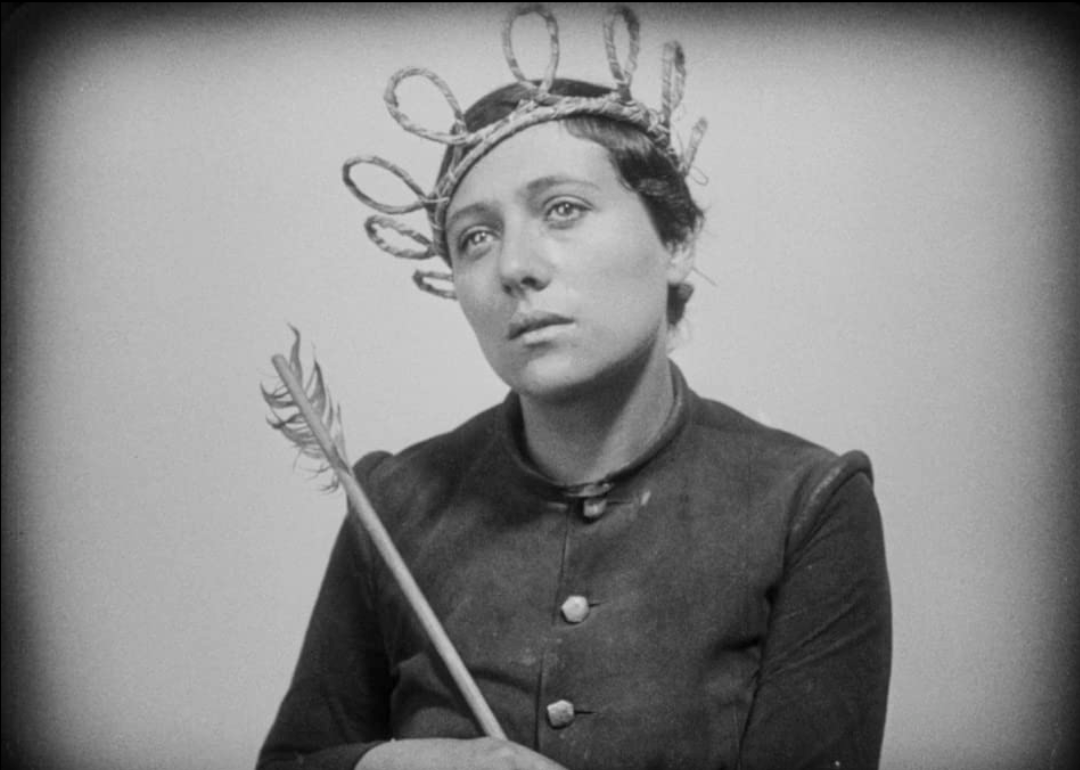 A silent classic, Carl Theodor Dreyer’s film chronicles the events before and during the trial of Joan of Arc, a 15th-century French warrior who was executed (and later martyred) for claiming she had spoken to God. The initial film was censored and destroyed in a fire while in storage in Berlin. Then, in 1981, the original version was discovered miraculously in a mental health institution in Norway. 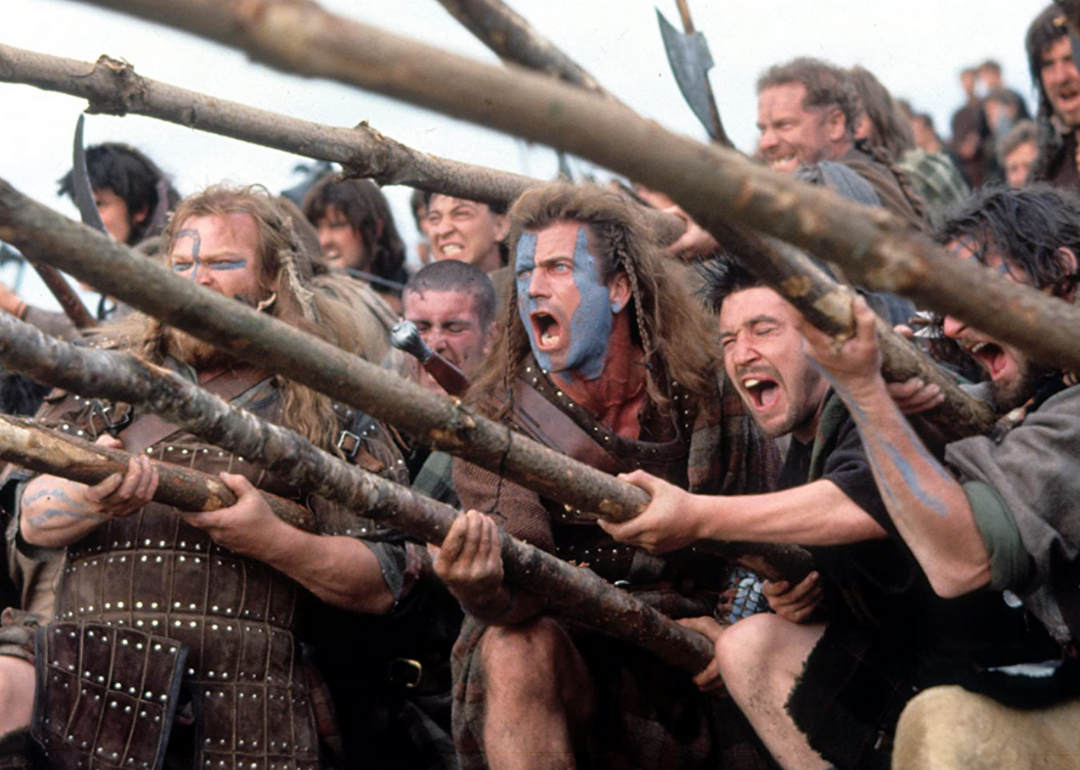 When the love of his life is killed, medieval Scottish patriot William Wallace seeks revenge against the English forces who slaughtered her, spurring the entire country of Scotland to revolt against English rule. Though it was nominated for an impressive 10 Academy Awards in 1996 (winning five, including Best Picture), “Braveheart” has become somewhat infamous for its numerous historical inaccuracies.